A Call for New Culture Creators by Asha Logos

A Call for New Culture Creators 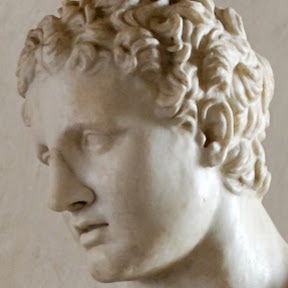 Asha Logos
The most effective means of subverting a nation and controlling it’s people isn’t via political machinations, or even control of the money supply – it’s in the erasing and supplanting of a cultural foundation, and it’s wholesale replacement with something new.
It couldn’t be more obvious that precisely this is happening all around us, as we speak. The incredibly impressive framework cultivated and passed down through countless generations of our ancestors is being utterly decimated, and replaced with an abominable monstrosity.. a chaotic abomination destined to implode, and threatening to take the world down with it. This degeneration isn’t just one of standards and morals and ethics, but stretches across virtually every sphere. As we learn to worship the dollar – and thus, those men who most efficiently control it – our world becomes increasingly cheap, base, utilitarian.. the beautiful has no place.
I created this to voice the conception of a *conscious* creation – to some degree, recreation – of a far more natural, healthy, and attractive alternative cultural path.. to encourage all listening to recognize how they might play a role. You’ll notice I’ve used several creations of @wrathofgnon, and visuals from @oloiux, from the otherwise so ugly Twitter.. along with classical art, architecture, beautiful natural settings. This provides some small example of the contrast with the prevailing culture of modernity I hope we might start to paint. When a critical mass of people can begin to agree on what it is they seek and most resonate with, which direction they consider ideal, the act of moving forward down that path becomes a more firmly defined straight line.
True ‘progress’.
As I did in the last video of this type, ‘A Call for Revolutionaries’, I’m dealing with big ideas without being able to fully elaborate on the details of the how/why. I plan to make this something of a ‘series’, to engage in an ongoing discussion.. including dealing with questions, comments, concerns and ideas voiced in comments along the way – so I encourage feedback. Including the constructively critical.. the especially helpful in determining what requires more comprehensive explanation in the future.
I tend to think something massive is on the horizon.. whether it be financial collapse, domestic or international war, or something unexpected (and perhaps artificially orchestrated), and we may all find ourselves caught up in the resulting chaos, to some degree. Regardless what our uncertain future has in store, this path of conscious culture creation is a powerful and necessary one.
Much respect to the growing number of artists and musicians and craftsmen etc already in our ranks – I hope to highlight some of you, soon.
Like attracts like, the beautiful draws in the beautiful.. a conscious recognition of this, and a decision to live and act accordingly, has the power to kickstart something very real.. and draw together the right caliber of individual to rebuild something lasting. I sincerely hope you’re all well.. and I’m off to the forest, for awhile. (see pinned comment) 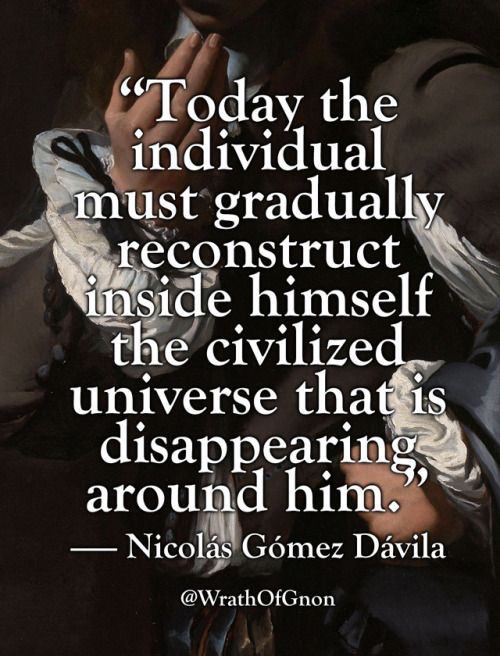 The following notes are by  Russ Winter  from Winter Watch

00:02:00 “When everything is deemed equal, the darkness becomes equivalent to the light.”

00:03:00 “The insertion of darkness into the world happens like a slithering, creeping predatory creature, always alert for any weakness to exploit.”

00:04:00-00:05:00 “The political system is beyond repair. Conservatism has become progressivism driving the speed limit. Infestation is so complete that there are no institutions worth preserving. Picture a decayed building. At what point does the builder cease replacing every rotten beam and start from the ground up?”

00:05:30 Speaking to the creation of a New Culture. The best New Culture is actually the Best Old Culture.

00:06:30 Culture is to a community what schooling is to a student. Being immersed in petrid air (culture) makes the people sick and exhausted.

00:08:00-00:08:30 Ratchet down the notion that your role in life is to be a consumer for the benefit of the plutocracy and kakistocracy. It is not a lack of money that is plaguing humanity.

00:09:00 The sistema is pushing weakness and domestication on its captive populations. It is also promoting a power play to install a new caste system (sistema) with kakistocrats ruling the roost.

00:10:00 The type pushing this are much like Byzantine court schemers. They lack real courage, charisma or gravitas. They make up for this with a mastery of mental and physical poisons.

00:11:00 The sistema — or what I call the Crime Syndicate — is pushing the Overton Window to carve out a negative culture rife with propaganda, mind control and brain washing. Billions of dollars are being spent on changing the way we see the world and to rewrite history.

00:12:00 This sistema stems from the Frankfurt School mode and their ways of thinking are ahistorical. History to these subversives is something to be trotted out to whip, mock and portray as unenlightened and oppressive. They toss out truth and reality and replace it with the unhealthy.

00:14:00-00:16:00 Subversives spend billions to paint their type in the best light and their opponents in the worst. Celebrities know that their continued success depends on being a mouthpiece for rot. This has been institutionalized.

00:16:00 Not all is lost. The public is increasingly aware of this manipulation/stagecraft, and it is backfiring. Witness the drop in audience levels for Hollywierd award events and sports.

00:17:45 The failing sistema has brought us to this, the consequence of central banking money power and looting.

00:18:00 Boycott most higher education. You pay big money and carry heavy debt to be falsely indoctrinated by the least impressive (kakistocracy). This is being pushed by the wealthiest people in the world (see chart above).

00:21:00 The ship has sailed on reforming and patching this sistema (my term). There should be no effort to close the rift (so-called unity or “healing”) with polar opposite people captured and ensnared by the sistema.

00:22:00 The pathway forward is to artfully create our own cultural framework or revived culture.

00:25:00 The revived culture is and will be the target of the kakistocracy. Thus, the use of controlled opposition figures and hit pieces on individuals leading the revived culture will become standard. This is tricky ground and can lead to confusion and muddied waters. This is a learned skill set to process.

00:27:30 Our timeless objective truths on how the world should be structured and have proven themselves throughout history.

00:29:30 The false naivety of those who believe almost all people are good and thus have good intentions toward humanity in general.

00:30:30-00:33:30 The strategy of drawing at least part of the world back to sanity is to create attractive, noble “billboards” (used as analogy). This is for the benefit of those on the inside looking out at the imposed world. This is promotion and championing of the healthy and radiant juxtaposed against the ugly and unhealthy. This demands discernment as fundamental opinions and judgement. Your opinion and preferences are paramount. You may disapprove.

00:33:45 There is a fork in the road, sending people on different paths. This isn’t about salvaging those choosing a bad path. It is separation from hell on earth.

00:36:00 Culture creators move and shape our world. The snakes need to inject poison and can’t slither into power where health and order prevail.

00:39:00-00:41:30 The descent into hell. We will be forced to witness first hand exceptional chaos as the dead-end sistema peaks. Years of sowing bad seeds produces its own fruits.

00:42:45 Cornerstones of revived culture: new judgement and value metrics. Being a “lover of science” is no indication of merit or ability.

00:44:00 A conscious attempt to restore natural language and reject the verbose, the Orwellian, and deceitful.

00:45:50 Restoration of true masculine values and rejection of hedonism.

00:50:30 A mocking rejection of celebrity sacred cows and poisonous idiocy.

00:53:30 Progress on an unhealthy path is a net negative, not a positive

00:54:30 Physical health and fitness is important and embracing the sporting mindset.

00:56:30 The healthy family is of vital, central importance. Nation is an extended family.

00:59:30 Rejection of the view that race and tradition is of no importance. Commonality allows the best conditions for a nation or community to thrive. Atomization leads to chaos and loss. Rootless peoples are more easily exploited by the Crime Syndicate sistema.

01:00:00 Complete rejection of those seeking to impose their low life and globohomo philosophy on others.

01:01:00 Science has been coopted by the sistema, and they completely monopolize and infest academia, government and media platforms.

1:08:00 Man as the right hand of God and good shepherds of the Earth. It is only by being lulled into sleep and slumber (pajama people) that chaos prevails.

1:11:00 Recognizing the poison is a key first step- but as critical is presenting and painting the attractive contrast.

I do next nothing for ‘Patreon’ and ‘Subscribestar’, I tend to communicate poorly/slowly and be impossible to reach, I develop myopic vision and shut out the world as I work on projects – so, a sincere *thank you* for those who support the work anyway.

leave me a voice message: https://www.speakpipe.com/ashalogos​