Abolishing and Outlawing COVID Restrictions, Mandatory Vaccinations and other Unlawful, Unhealthy and Unwarranted Measures in our Community 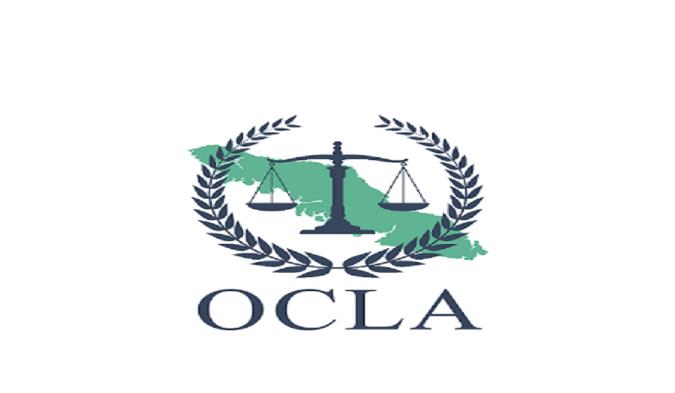 Abolishing and Outlawing COVID Restrictions, Mandatory Vaccinations and other Unlawful, Unhealthy and Unwarranted Measures in our Community

LET IT BE KNOWN that the regulations in Canada that restrict free movement and association, impose mandatory quarantines, distancing, medical testing and vaccinations, and require the wearing of masks are unlawful, unwarranted and medically unsound measures that threaten and assault the fundamental liberties, health and security of the people of our community and violate the internationally recognized legal right of free and informed consent that governs all medical procedures. (Nuremberg Code, 1947)

THEREFORE IT IS ORDERED by the Oceanside Common Law Assembly as a voice and defender of the people of our community that a) no-one is obligated to consent to or comply with any of these regulations, regardless of what authority, person or individual is ordering or compelling them, and b) anyone is free to actively resist and disobey such regulations and measures by any means necessary without fear of legal consequence.

IT IS FURTHER ORDERED by the Assembly that any individual, official, body corporate or their agent that requires or imposes any of these regulations on anyone in our community is taking part in a criminal conspiracy against their life, wellbeing and liberty, and stands in violation of this Order. As one engaged in a crime, the offender is subject to penalties and imprisonment upon conviction by the Common Law Court of Parksville, British Columbia.

This Order is issued on August 24, 2020 as a legal Bylaw by the Oceanside Common Law Assembly and has the full effect and force of the Law.

All police authorities are expected and compelled by law to enforce this Bylaw or be charged with obstructing justice and democratic process.

A lawful de jure Court established by the People of Parksville

BE ADVISED that you are in violation of the OCLA Public Safety Bylaw No. A-08242020-101A issued by We the People in Lawful Assembly on August 24, 2020:“Abolishing and Outlawing COVID Restrictions, Mandatory Vaccinations and other Unlawful, Unhealthy and Unwarranted Measures in our Community” (see reverse).

YOU ARE HEREBY ORDERED to immediately cease and desist from requiring or imposing any COVID regulations on anyone in our community, including masking, social distancing, quarantines, mandatory vaccinations, or other unwarranted, unhealthy, and unlawful measures. If you refuse to do so, you will be charged with taking part in a criminal conspiracy and assault against the people and will be subject to penalties and imprisonment on conviction by the Common Law Court of Parksville, British Columbia.

This STAND DOWN ORDER has the full effect and force of the Law and will be enforced by the Sheriff’s Department of the Oceanside Common Law Assembly and its sworn deputies.

Issued on August 31, 2020 in the City of Parksville and duly registered in the Public Records Office of the Assembly. 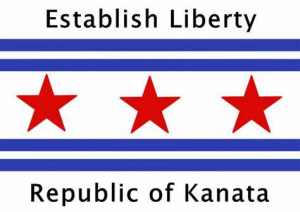 In an historic act of direct democracy, Peoples’ Assemblies on Vancouver Island have called upon civil and police authorities to stand down from enforcing COVID regulations or be charged with partaking in a “criminal conspiracy against the liberty and health of the people.”

Under this law, anyone who tries to impose COVID regulations can face fines and imprisonment within Common Law Courts established by the Assemblies.

Copies of the Bylaw and Stand Down Orders are attached.

Members of both Assemblies plan to serve the Stand Down Orders to their respective police and city officials including the Mayors of Parksville and Victoria at upcoming public actions which will be globally televised.

“We’ve drawn a line and told the government that enough is enough” said John St. John, a founder of OCLA.

“When the system becomes lawless it’s up to the people to re-establish justice. We’re calling on the police to enforce this bylaw or we will.”

Fiona Yaki of the Victoria Assembly reiterated his sentiment.

“We’ve made history by putting power back in the hands of the people. We call on all Canadians to use that power by forming their own Common Law Assemblies and reclaiming our nation”.

News of these actions have spread like wildfire through Canada and around the world, prompting Canadians in over ninety communities to take similar measures to resist the COVID restrictions and tyranny. This resistance is being coordinated and led by a National Council of Common Law Assemblies, whose aim is to establish a sovereign Republic across Canada.

For more information or interviews

See also www.republicofkanata.ca and this recent interview with John and Fiona: https://bbsradio.com/podcast/here-we-stand-august-30-2020