ALL THE WORLD’S A PSYOP 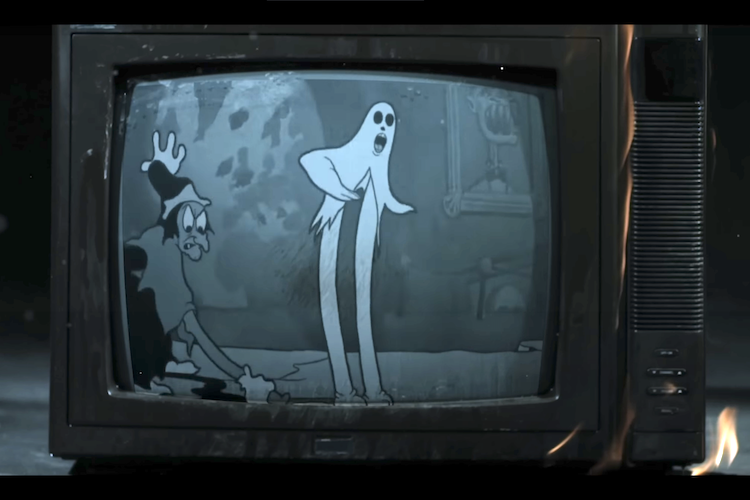 ALL THE WORLD’S A PSYOP

The marketing department of the U.S. Army’s Psychological Warfare division just released a stunning recruitment video. They want you to know that they are ghosts in the machine, watching and warping everything, and that if you want to be part of the A-Team as the world is dragged into the hell of global war, you can jump on board.

It’s quite alluring. Slick editing. Bewitching music. Absorbingly dark in tone, and sufficiently ambiguous. It is superb psyop theatre, and as one commenter replied, ‘I suddenly want to die for oligarchs. This sure is effective!’

Your tax dollars at work.

There’s plenty of analysis of it already circulating in the independent media, so I’ll just comment that the ad is impressive in the sense that it effectively does what psyops are supposed to do, which is to confuse, mislead, redirect, and occupy your mind.

Watch it for yourself here…

The key message here is that very well organized and well funded organizations are operating at full steam behind the curtain to lead you astray from your original mind and your original self. And they are damned good at it.

Recently I was hanging out with family discussing a sick family member, when out of nowhere a distant relative said, ‘I sure am worried about Monday, cuz Putin’s gonna drop a nuke on Victory Day.’

Now, of course that’s quite a tangent from the conversation on what to do about grandpa, but as you can expect, the comment launched an instant heated debate on Russian motives and Putin’s mental health, and everyone involved confidently threw in their 5 cents 0r more. Because, you know, they’ve been all been thinking deeply about these issues, for oh, you know, like 6 weeks. They’re all experts now, and they’re really good at global threat assessment. They’re savvy enough to know you gotta keep your eye on the ball. Whichever ball’s in front of you, that is.

But what do a handful of Hillbillies from East Texas and Western Louisiana really know about Vladimir Putin and contemporary Russian war strategy?

The answer is nothing. Except, that is, for what they’ve been told to think about and repeat from whichever CIA controlled news and disinfo outlets they tune into everyday.

And herein lies the real danger of psychological warfare and mind control. People who have no stake in global affairs and no deep understanding of the world, parrot narratives planted into their minds by people who wish to give them stuff to think about. And in the process, the lives of said individuals drift further and further away from their own unique purpose, and, once captured by the herd, their personal lives descend deeper into chaos and dysfunction, making it evermore easy to manipulate the body politic.

So, being who I am, and doing what I do, I see all of this as yet another indication that it’s time to really get down to the grounded business of repairing one’s own life. And this ain’t easy to do when the world has been reconfigured as a stage to suck your attention, energy and power away from your own life. The system is letting you know that they’re fucking with your head on all fronts. It’s all out in the open. And people think it’s cool… because they’re supposed to think it’s cool.

But you’re different. You don’t want the man in your head grabbing the stick, sending you into a nosedive of self-destruction. And this is why you’ve been flagged as a threat and targeted with more mind control.

All the world’s a psyop, and as the whole show gets evermore ridiculous, I’m going to keep on doing the work work of ushering people out of the theatre. If you’d like to find out what this is about, sign up for my personal newsletter here, visit my coaching site here, or book a quick call with me here.

Dylan Charles is a self-mastery and self-sabotage coach, the editor of Waking Times, and host of the Battered Souls podcast. His personal journey is deeply inspired by shamanic plant medicines and the arts of Kung Fu, Qi Gong and Yoga. After seven years of living in Costa Rica, he now lives in the Blue Ridge Mountains, where he enjoys serving, training, and spending time with family. He has written hundreds of articles, reaching and inspiring millions of people around the world. Follow Dylan on telegram here, and sign up for his weekly newsletter here. On Facebook.

This article (All the World’s a Psyop) was originally created and published by Waking Times and is published here under a Creative Commons license with attribution to Dylan Charles and WakingTimes.com. It may be re-posted freely with proper attribution, author bio, and this copyright statement.