Balancing Family Health in a Tech-ed Out New World 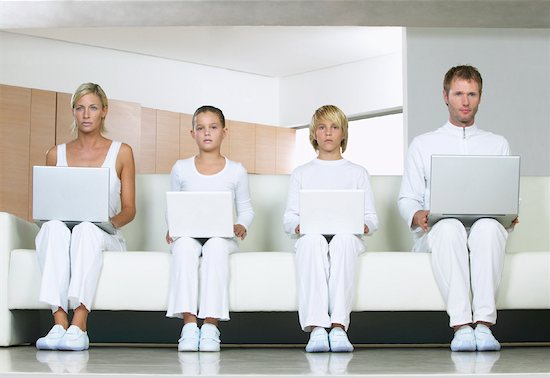 Balancing Family Health in a Tech-ed Out New World

The culture we live in has been going through rapid transitions. The most drastic change that every demographic is experiencing is “smart” technology impacting every area of our lives. Most working adults and school kids are required to be on a computer for longer than ever before. There are some very crucial, basic truths and solutions to long-term tech use that all families need to have fair access to, information that the Telecommunications industry does not make widely available or clear. 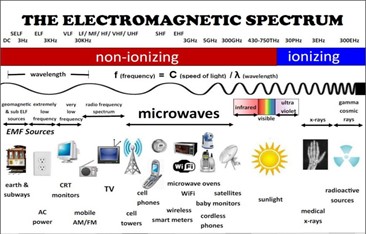 Radiation was once identified as the kind that heats, known as ionizing radiation. Ionizing, because it strips electrons from ions, makes them volatile and thus causes a thermal reaction. A microwave oven is an example of this. Even though the non-ionizing form of radiation is non-heating, it has proven to be extremely harmful. Cumulative impacts of non-ionizing radiation have been researched and results showing causation of negative health impacts are conclusive. Non-ionizing radiation was first identified as harmful after the nuclear meltdown in Chernobyl, Russia. Succeeding the nuclear reactor leak, there were subsequent impacts on surrounding life such as mutations of plants, animals, and humans. The scientific community concluded that non-thermal radiation is not only cumulative but harmful. At that time, the EPA was relieved of its duty to monitor radiation levels from cellular and wireless technology. Instead, the FCC was given full authority to monitor health impacts and set safety standards in the United States for non-ionizing radiation. Have they done a good job at protecting the people? What, if any, safety standards have been implemented about wi-fi use in classrooms, hospitals, and other places? The public at large is not informed about prevailing dangers and risks.

Our bodies accumulate non-ionizing radiation and slowly, but surely, symptoms arise. It confuses our bodies, making us think we are in bright daylight, throwing off our biological clock and the important functions it has. Thousands of independent peer-reviewed studies have shown EMF radiation to be hazardous to human health. EMF radiation can cause depression by disruption of circadian rhythm, cell bifurcation leading to tumors, and endocrine system disruption. The studies are plentiful. Children are more vulnerable to disruptions and behavioral and sleep disorders are the first signs of radiation overwhelm. Eventually, everyone becomes EMF sensitive after long-term exposure and many have developed cancer and other chronic diseases.

One of the most important things we can do to help our family transition into safe tech use is to use ethernet/wired internet at home and work. We can also keep cell phones on airplane mode when not in use and in protective silver-lined pouches that completely block out all radiation. Turning off phones and all wi-fi at night can greatly help those with sleep issues. It’s our responsibility to teach our children about phone safety and the appropriate time to introduce phones to them, which is ideally when they are mature enough to be able to drive and hold a job. 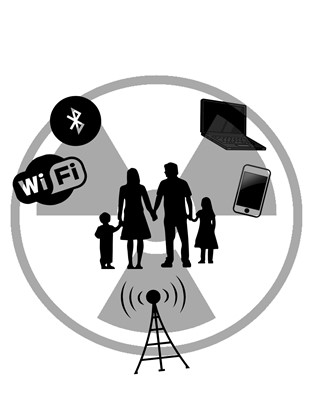 Even when wired, screens cause bodily disruptions from the blue light they emit. Blue light is so close to ultraviolet light on the spectrum that, like non-ionizing EMF, it confuses the body, making it feel like the sun is above and shining bright anytime our eyes look at a screen. This has caused a wide variety of conditions over time, including retina damage, melatonin suppression (causing insomnia), memory issues, and over-stimulation of the neurons of the brain (leading to neurotoxicity). Apps can be used to dim screens to more natural lighting, though can’t block out the blue entirely.

So, with all this in mind, and seemingly no way around using smart tech for most people, how can we stay connected to nature and allow ourselves to grow and live in tune with our natural rhythms? One of the simplest ways is to take more time grounding/earthing and less time on screens.

Grounding/earthing involves walking barefoot on conductive surfaces of the Earth, such as grass, sand, and soil. Wood, asphalt, rubber (like on the soles of shoes) and vinyl are not conductive. Similarly, being barefoot near running water helps us breathe in and be exposed to negative ions, which also help ground and re-calibrate our electromagnetic selves. Grounding helps decrease inflammation dramatically in ways no pill can. The transfer of negatively-charged electrons from Earth’s surface to the body neutralizes the positively-charged, destructive free-radicals that cause inflammation. Inflammation, by the way, is the root of all chronic diseases. Natural healing modalities like Chinese Medicine (acupuncture, massage, herbs, and cupping) also help balance our body’s cycles and relieves inflammation significantly. Chinese medicine revolves around the electrical nature of the human body and has developed a system to defuse the electricity accumulation that leads to disease.

It’s clear that the newest devices and smarter technologies come at a drastic price: our family’s long-term health. With 5G (the smallest and fastest light/radiation wave technology) being introduced across the globe, the radiation is being turned up more than ever. This next generation of cell phone technology will be on a new bandwidth spectrum of radio waves. This will be the 5th generation, hence why it is referred to as 5G. 5G is the size of the radio waves being used for the transfer of information. Radio Frequency carrier waves, for instance, carry AM radio at nearly 1,000 feet in height and FM radio at about 10 feet in height. This unique and new radio frequency carrier wave is only a millimeter in size, which is much smaller than our current technology, and is the smallest radio wave size ever utilized (5G is less than the width of a penny, which is 1.5 millimeters). These high frequency, tiny wavelengths absorb into the body like microwave radiation, unlike 2G, 3G, and 4G technology, which passes through the body. The 5G network is designed to provide faster downloads, stream movies, wireless virtual reality, in addition to being the platform for the Internet of Things, where all household devices are connected to this system wirelessly for remote control. While there may be limited medical applications, 5G will mainly be used for more immersive entertainment and surveillance with much greater public exposure, especially in Smart Cities.

To propagate 5G’s small waves, cell towers are erected with an infrastructure that requires a small cell tower every few hundred feet. The technology has been noted as potentially harmful, specifically, if you are located near a “small cell.”Unfortunately, this can be erected anywhere – on your front yard, street lights, utility poles, traffic lights, or at your children’s schools. Proximity to these new cell towers is a growing concern, and many independent and unbiased studies have raised alarms concerning this technology. The FCC has estimated over 800,000 new “small” cells to be installed throughout the USA. Along with this, many newer smart phones are 5G capable, and within the next year, there will be no escaping it.  5G, however, also depends on people being conscious enough to not use it, because our 5G enabled devices pick up on the signal of the closest devices to them that also have 5G (or whichever small cells are nearby). We must keep this in mind and boycott all 5G technologies so our lives and the creatures around us are not affected by radiation powerful enough to split and mutate DNA.

The bottom line is, the more that we are disconnected from Earth’s natural frequency, called the Schumann resonance, the more sick people become. This explains several pandemics that occurred throughout the past few centuries as electromagnetic frequencies were shifted and non-ionizing radiation became more prevalent.

There are many great resources to help your family be informed and connected to natural balance and health. Simple dietary changes make a huge difference for our constantly adapting bodies, such as replacing toxic, overly processed and inflammatory foods (like cane sugar, pasteurized/homogenized dairy, and gluten) with local, farm fresh products. Stable saturated fats and choline from egg yolks and liver may be highly protective from the damages of EMF’s. Cilantro and many types of seaweed also help detox heavy metals. Nutrition from sources the Weston A. Price Foundation recommends strengthen the brain, heart, and cell membranes to provide considerable immunity. We can protect ourselves and kids with silver-lined clothing when doing work that requires wireless radiation exposure, especially for those who live near cell towers.  Spero protection gear is made to enhance our community’s natural health. Together, we can be knights in shining armour for our humanity! 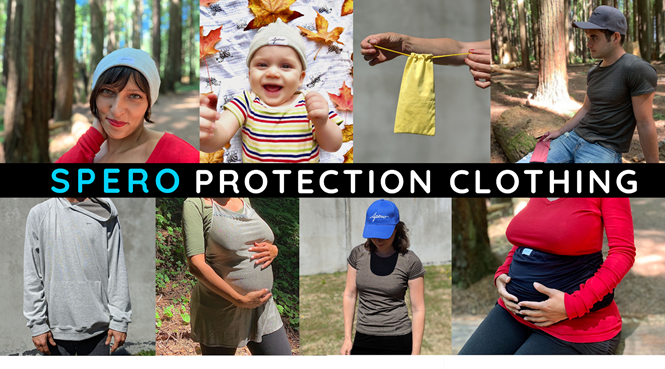 Founded by CEO Activist Matt Landman, Spero Protection Clothing is a one-of-a-kind company, designed to serve humanity in a world of invasive technology. Our mission is to offer a solution to those seeking to mitigate their exposure to EMF radiation. Matt was inspired to create this clothing and accessory line when he saw the need for protection of pregnant women and newborn children. This combined with his own EMF sensitivities gave rise to the vision of creating a brand that encompassed protecting both infants and adults through protective gear. From hats to underwear to hooded sweatshirts to maternity aprons and cell phone faraday pouches, Spero offers a full spectrum of stylish, comfortable armor for the modern world