Chattering Classes Most Prone to Taking the Mag-Jab 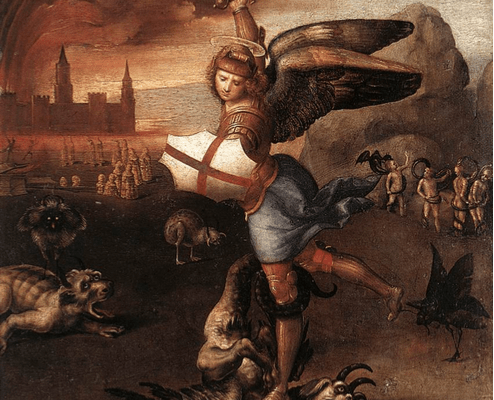 Chattering Mag-Jabbers are in a class of their own. The use of the term chattering classes is pejorative but we are at war and it important to be clear just who the collaborators are.

educated people, especially those in academic, artistic, or media circles.

Let’s be clear: anyone who unquestioningly goes along with the false narrative of the ciminal UK government is a collaborator in the tyranny.

By way of example, let’s ask the question, ‘How many have actually accepted the offer of a Mag-Jab? ‘. Further, how many of those actually realise that it is an offer and, as such, one which they can refuse?

According to the criminal UK government’s figures (which must be taken with a huge pinch of salt), the uptake of the offer is higher in more affluent areas of the towns and cities. When one goes to interactive ‘gov’ site, it is possible to zoom in and out of each town and district to see what the uptake has been (up to 28th September, 2021).

Thus, it is a website that purports to show the numbers of people who have had the mag-jab in each district of the country. Is it to be trusted? The government claims that huge swathes of the population have been jabbed, but why on earth would anyone believe them?

It is plain to state that, according to those figures at least, the offer to be jib-jabbed is less accepted by those who live closer to town and city centres. Interestingly, many of the chattering classes who live in the leafy suburbs, are most likely to look down on their town-dwelling fellows as being poor and therefore less intelligent than they are. Such is the social snobbery of the chattering classes which leaves them open to the age-old divide and rule tactics of the controllers.

Of course, none of this is really surprising as it is those who consider themselves to be ‘educated’ who have been the most susceptible to the outright lies and propaganda of the Big-Pharma-Government and its minions.

These virtue-signalling-mask-wearing-hand-washing types can be broadly termed the chattering classes: they are adept at swallowing the guff and repeating the mantras – ‘stay safe’, ‘social distance’, ‘take the jab’, ‘wear the mask’ etc. Invariably, it is this socio-economic group that contains a majority of order-followers who buy into the false notions of that most dangerous religion known as Statism. Statism can ultimately be defined thus:    “A cult-like belief in the false authority of government.”

It is ultimately a brainwashed state of mind that legitimises the state’s use of extortion , violence and the caging of individuals who do not go along with its criminal demands and diktats.

The prolific Jon Rappoport writes here on how the chattering classes’ attitude to the ‘great unwashed’ borders on an insane compliance with their own genocide/democide:

“However, the present generation of natural health people (certainly not all, but many of them) are working an entirely different program.

Its bottom line is:

THE CLEAN VERSUS THE UNCLEAN. I AM CLEAN, “THEY” ARE UNCLEAN.

They see themselves as “successful in life,” and as such—no matter what platitudes and virtue signals they broadcast publicly—they consider themselves a class apart from the great unwashed masses.

For them, the lower masses are definitely unclean. And in order to build and maintain a wall against close contact with those proles, the new “natural health” proponents will take every measure they deem necessary.

Masks? Wonderful. Wear at least one, maybe two. Socially distance? Of course. Forget about six feet. Six miles, at least, if at all possible. There must be no class mixing.

Shame and attack the unvaccinated? You bet. Those virus-laden dirty super-spreaders must be stopped at any cost.

Suddenly, Mother Nature is a goddess who bathes in a tub of Purell twice a day, and rubs various oils and creams and gels and lotions on her body, to ward off the dirt and grime and ooze of The Streets. She does internal Cleanses at an upscale resort-retreat.

And if you could probe down below all the fancy memes and slogans these new “natural health” advocates adorn themselves with, you would find the conviction that THERE ARE TOO MANY PEOPLE ON THE PLANET, AND DEPOPULATION IS A MUST.

And that is how these present-day Soldiers of Nature secretly join up with the World Economic Forum, Bill Gates, the Rockefeller Foundation, various elite “radical environmentalists,” and other eugenicists, on behalf of The Great Reset, which ultimately demands Culling the Herd.”  Source: No More Fake News.

“It was said that the devil was kicked out of heaven on St Michael’s Feast Day, but as he fell from the skies, he landed in a bramble bush! He cursed the fruit of that prickly plant, scorching them with his fiery breath, stamping on them, spitting on them and generally making them unsuitable for human consumption. Legend suggests he renews his curse annually on Michaelmas Day and therefore it is very unlucky to gather blackberries after this date.

If the breast bones of the goose are brown after roasting the following winter should be mild, but if the bones are white or have a slight blue hue then the winter will be severe.

The Victorians believed that trees planted on this day would grow especially well.

In Ireland and northern England, it was thought that if you ate goose at Michaelmas you would have good luck for the rest of the year.

In Ireland, finding a ring hidden in a Michaelmas pie meant that one would soon be married. ” Source

It was Archangel Michael who defeated Lucifer,

In Christian angelology, the Archangel Michael is the greatest of all the angels and is honored for defeating Lucifer in the war in heaven.

and, given the current circumstances we find ourselves in, it seems apposite to end on this note about Michaelmas. I would, therefore, like to take the unusual step of wishing any and all of my fellow Michaels all the very best for the months ahead. Your Christian name is no accident and it stands as testimony to the defeat of the anti-christ which is marked by the complete inversion of all that is true. Take up thy sword and shield of righteousness and bequeath your inevitable victory to God: we are here to win.

1. The emergence of Universal Community Trust:

What is UCT Treaty?

Treaty of Universal Community Trust is a declaration of independence, sovereignty and jurisdiction, founded on the principles of Natural Law. UCT Treaty was ratified by 25 independent sovereign nations of indigenous peoples on 21 June 2012 CE.

What is Natural Law?

The principles of Natural Law (also sometimes called the Common Law) can be summarised by the following divine maxim:

“Do no harm, cause no loss, and accept no wrongdoing against you.”  Read more