The Breastfeeding Moms That Blew Up The Internet 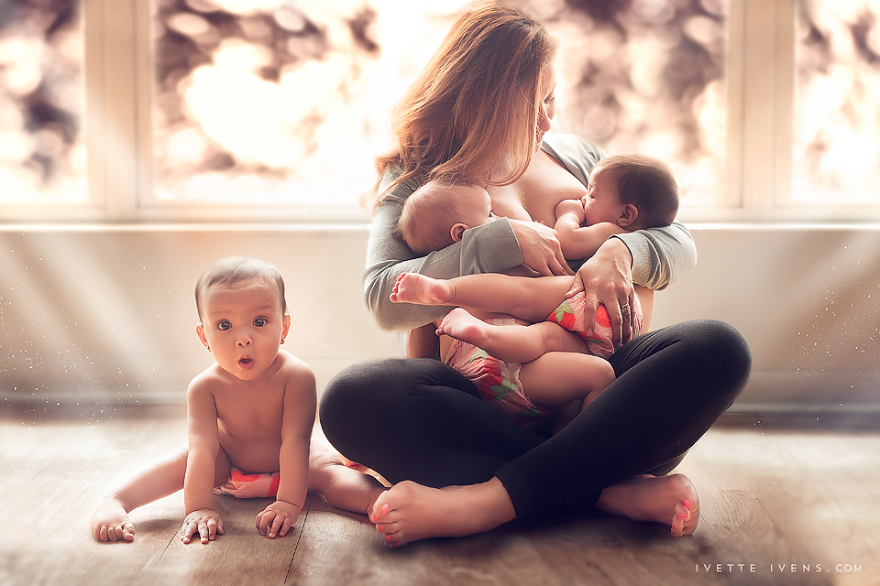 It’s almost comical to think about the general public’s reaction to breasts when taken outside the realm of sex. Women’s bodies have always been portrayed as sexual objects, and the underlying assumption seems to be that, because pleasure can be derived from a woman’s breasts and vagina, these parts can’t also serve a function beyond stimulating pleasure.

There are many reasons for this misconception, of course. We live in a highly sexualized culture which promotes the objectification of women in every realm, and this has been so pervasive and so longstanding that it has become normalized in our culture. So while we each have an individual responsibility to question these norms and think beyond them, it’s important to at least acknowledge the difficulty of moving beyond them as a collective.

So what is the best way to tackle this issue? We must use the same method: expose society to a different norm that allows for the human right of women to freely express themselves through whichever decision they choose to make about their bodies, and especially about the well-being of their offspring.

U.S gym chain Equinox is trying to do just that, creating a campaign this year called “Commit to Something” in which one of their seven images depicts model Lydia Hearst pretending to breastfeed twins in a high-end restaurant.

Fashion photographer Steven Klein, who shot the campaign, argues for a more modern and inclusive approach to advertising moving forward:

It is the responsibility of advertising to communicate modern times and social issues. This campaign addresses today’s issues and social commentaries, which is a powerful approach instead of portraying people as superficial objects with no narrative.

Photographer Ivette Ivens also works to break down the stigma of women and breasts with beautiful photos of real mothers celebrating breastfeeding. She writes, “Breastfeeding can be messy, uncomfortable, and even painful at times, but the mother’s inner consciousness tells another story.”

Below is a series of images from her book, Breastfeeding Goddesses. “The images in this book depict the way each woman feels while nursing: pure, beautiful, saintly, celestial,” explains Ivens. “She is a beauty in an ancient mural. A powerful miracle in the snow. A golden ray on the shore. A Breastfeeding Goddess.”

Hopefully the more people are exposed to this natural and beautiful practice, the less often women will be publicly shamed or shunned for feeding their child. In time, perhaps this horrific treatment will become a thing of the past. Unfortunately, it is a very real part of our present. Raven Dibble is one mother who was told to leave a postal building because she was breastfeeding her three-week-old daughter. She was told to cover up and a postal worker even called her “indecent” for nursing in public. “I’m not standing up for my own right to breastfeed my child,” the mother said. “I’m standing up for other women to breastfeed their child. I’m standing up for those children, my daughter, her right to eat.”

Then there’s Karina Gomez, who was denied breastfeeding her daughter in a change room at Marshalls and instead told she must do so in a bathroom stall. She took to Facebook and uploaded this image:

Yes, this is me sitting on a toilet feeding my sweet, Katalina Maria, after I was denied my right to breastfeed where I wanted to by a #marshalls employee. I was denied to breastfeed in a dressing room, instead I was directed to a bathroom stall to breastfeed. What a way to treat breastfeeding customers, shaming them for breastfeeding, making them feel embarrassed that you need to feed your child. I am angry, upset, but more so humiliated. My rights have been violated.

Please share to get the word out! #cascadestation #marshalls #breastfeedingmom#shamedforbreastfeeding#humiliation

Do you believe this is the best way to break the stigma? Why do you think people, men and women alike, are against seeing breasts in this manner?