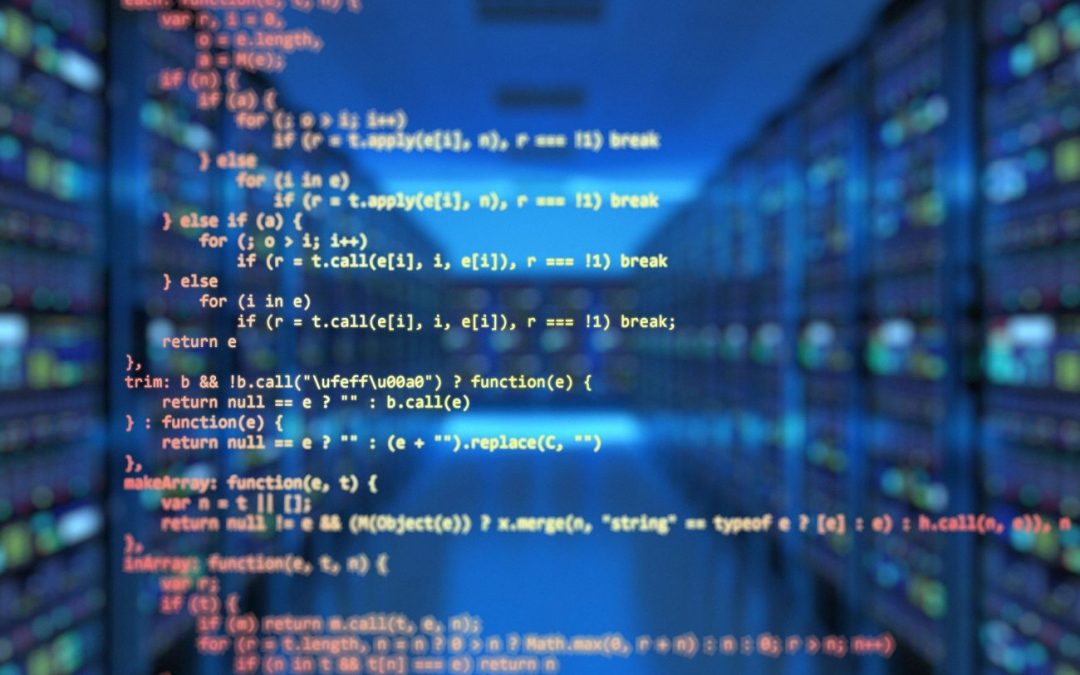 Reality is a program of beliefs we decode as we evolve:

Knowledge in the Matrix is manipulated. News is fabrication. Truth is fiction, played out in movies and books. Here, in the Matrix, everything is inverted and reversed, much like how the lens of your eye projects an upside down, 2D image on your retina, and you see everything right-side up and in 3D, which gives you proper visual orientation. All is not as it seems. Knowledge is not Knowing. Know the difference.

Here, in reality, all is illusion.

The Structure of Reality 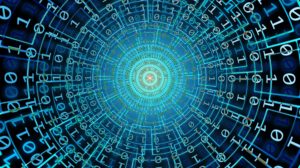 In this Third Dimension, reality is constructed in time and space, a dual reality. Time and space are frequencies which cycle in a loop, which our brains decode so that we can experience life as humans. Everything here recycles, from the seasons to the economy, just as history repeats itself.

Duality Reality functions in a Matrix system that can be described as a grid, a hologram, or a game composed of electromagnetic frequencies (EMFs).

The hologram provides information as light. Our brains decode this information based on how things appear to us.

And as we know, appearances can be deceiving.

Indeed, all is not as it seems. We create a collective reality using electromagnetic frequencies, where everyone and everything is connected as One. This is similar to how the internet connects people all over the world. However, in this space we occupy, we see only a small visible light spectrum, a narrow band of information that represents only 0.0001% of the whole electromagnetic spectrum.

Although humans happen to be focused in a time-space continuum, a linear construct based on a limited perception, this world unfolds in multiple dimensions. 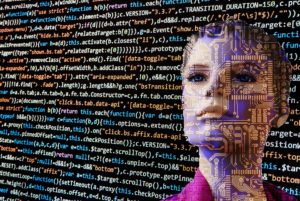 “Perception deception” keeps humanity focused on what happened in the past, or what might happen in the future, even though humans have hidden abilities to create in the Now moment.

The moment of Now has no constraints. There are no boundaries. Yet in this reality we are easily programmed to believe that what we see, feel, taste, hear, and smell is all there is. Our core beliefs begin in on a subconscious level and those beliefs guide our perception about who we are and what we can create for ourselves.

If we believe we are sick and tired, then we are. The body responds to the sleeping conscious. Our cells and autonomic nervous system (rest and digest) function from the sleeping conscious. Over time, an unconscious self-limiting belief can manifest to heart disease or digestive problems. However, if we can alter those underlying, hidden beliefs about who we are, we can shift the program to create anew.  If our subconscious works toward success, instead of against it, our cells express it. What we do inside our bodies is pivotal to our experiences and our evolution as a species, as well as to our multidimensional selves, whether in this timeline or others.

We perceive that the brain is the central processing unit of the body, the body is a computer, the DNA is nature’s hard drive, and the nervous system sends the signals. Yet that is only half the story.

We must also acknowledge that we are also the energy that runs the body – we are receivers and transmitters of energy and information. Our DNA is both physical and energetic. Along with inheriting hair color and eye color, we inherit emotional patterns from ancestors that affect the subconscious which informs our very cells.

We are Spirit first.

You might consider that humans are consciousness having a physical experience in a holographic constructed reality for our Spirit’s growth and evolution. Consciousness creates reality. Even physicists now admit the universe is immaterial, mental, and physical. Consciousness is Intelligence.

“You are a creator. You of humanity… Science has a fixation on knowledge, particularly that which is compatible with sense perception. Despite instruments which far exceed man’s sensory capacity, all knowledge gained in translated back to a sense perception before it can be coded as information. If it cannot be seen, heard, touched, smelled or tasted, it is not received by physical man. The five senses of man. The four walls and the lid of your prison. Discard them. Touch will not determine subtle shapes. Eye will not perceive reality. Ears do not hear the song of the universe. You cannot taste the food of angels or smell the fragrance of a higher truth. We rejoice as you begin to unshackle the self-imposed chains of limitation.  Use your physical senses, enjoy them, but never for one moment believe in them as complete reality. Your heart knows – experience. Believe. Believe. Whatever you believe is so.” ―  Jade Plant, Talking with Nature by Michael J. Roads 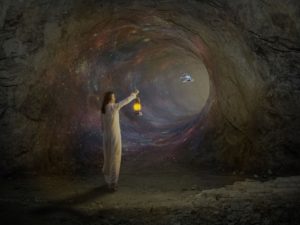 In understanding the scientific construction of an atom, you can appreciate that you are not solid at all. You are pure energy awareness in a cosmos you cannot measure. You are not your body or your mind. You are not your emotions or beliefs. You are limitless. Yet, through your limited perception and core beliefs, this idea may sound impossible.

You are not impossible but everything that is possible.

All possibility means you are everything and no-thing at the same time. You are matter and energy, sound and silence. You are a continuum, between the physical and the non-physical, without beginning and without end.

In this game of illusion, in this duality reality, you are only a projection of your True Self. You are a light being in an Earth suit.

Here, in the Matrix you are a SIMS character on a computer monitor. You are an avatar. You are a hologram in a holographic universe. A hologram is a three-dimensional projection written on a two dimensional surface. However, as a light being, you have access to all information from your past, present, and your future, because time is only a construct in this 3D-realm.

You are here to remember that you are more than words on paper, just as you are more than base pairs of your DNA. Your DNA is a projection of a greater force. You are waves and particles at the same time. You are electrons, muons, and bosons. You are not complex. You are multiplex.

In this game of illusion, humans are caught in a time loop distortion where we have lost our power to those who control the program in the hologram. Those who control the hologram have suppressed humanity’s true history and replaced it with a fake history. This fake history appears to span thousands of years, but the approved timeline may be no more than 300 years in length. The clues to the truth are not publicized or televised, unless called “fiction,” but can be decoded through unconventional means. What was our true and rightful history before it was sabotaged? Why was it sabotaged? How was it sabotaged?

In this game of fakery, not only are minds controlled, via history, social engineering, and frequencies, but human genetics continue to be manipulated through mRNA gene therapy to suppress the magnificence of humanity’s collective light power, just as authorities suppress the light of the true sun with an artificial sun.

In navigating All That We Are, we each have a choice. We can choose to become bees in a Hive Mind on a colony of control and draconian laws and unlawful dictates, or we can choose to embody freedom.

“Liberty lies in the hearts of men and women. When it dies there, no constitution, no law and no court, can save it.” ― Judge Learned Hand

When we talk about freedom, we perceive only a fraction of what is possible based on what we have been programmed and conditioned to believe through the limits of the five senses.

In duality reality, freedom is written as the opposite of slavery. But, the moment we perceive differently, using all of our senses, we see how the word freedom is self-limiting. True freedom is embodied and expressed in all your dimensions, not as defined in 2D, on paper. When perception shifts. true freedom is unleashed.

Image by Rudy and Peter Skitterians from Pixabay

The mind controls all beliefs in a duality reality. When we do not see beyond the page to open to all that is possible, we perpetuate a fake reality.

Only recently have we have become distracted by the limitations set up to suppress our inherent power instead of creating the reality that best serves all of humanity and the planet.

The Matrix is everywhere. It is all around us. Even now, in this very room. You can see it when you look out your window or when you turn on your television. You can feel it when you go to work… when you go to church… when you pay your taxes. It is the world that has been pulled over your eyes to blind you from the truth. Neo: What truth? Morpheus: That you are a slave, Neo. Like everyone else you were born into bondage. Into a prison that you cannot taste or see or touch. A prison for your mind. ―Morpheus, The Matrix

The Matrix is a school system into which humans incarnate and reincarnate for the purpose of soul evolution, to eventually wake up and graduate.

Creating A Reality From ‘Now’ in Three Steps:

Step 1: Free the mind from the program of beliefs.

Decode These Inverted Core Beliefs:
Schools educate and enlighten us.
Governments grant rights to protect us.
Big Pharma cures us.
The mainstream media tells the truth about what is happening in the world.
Politicians stand for hope and change.
Terrorism necessitates less freedom and more surveillance for better security.
GMO foods feed the world.
RFID microchips make life more convenient and efficient.
Geo-engineering controls “global warming” to protect the planet.

Step 2: Expand what you believe is possible. Note the word LIE in believe.

Choose to become conscious of the Matrix system or to choose to remain unconscious. Observe “what is,” so that you can change “what is.”

Step 3: Move from thinking and talking about change to doing something about it.

Look inside first. Identify and change emotional patterns to lighten the body burden. Watch the body respond and heal and ripple out to change your reality. This may not change another’s reality to match your reality, but it will forever affect the collective construct. Only others can change their reality. If enough people make a similar change, the collective reality can shift. For evidence of this process, look around and see the effects of how collective fear creates a reality to suppress freedom.

Rosanne Lindsay is a Naturopath, Herbalist, writer, and author of the books The Nature of Healing, Heal the Body, Heal the Planet and Free Your Voice, Heal Your Thyroid, Reverse Thyroid Disease Naturally. Find her on Facebook at facebook.com/Natureofhealing. Consult with her remotely at www.natureofhealing.org. Listen to her archived podcasts at blogtalkradio.com/rosanne-lindsay.