Gorka Explains Jan. 6 Strategy and Your Part in It! 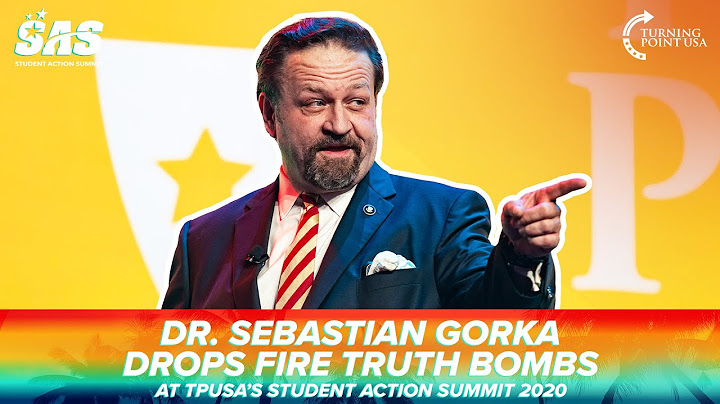 Gorka Explains Jan. 6 Strategy and Your Part in It!

Sebastian Gorka, former strategist to the president, speaks to thousands of young people at a Turning Point USA event this week, explaining how the strategy works that is planned for January 6th, when the electoral votes are counted and read in Congress. This is the time to fight for our Republic like never before. If we do NOT, we will LOSE it. Gorka explains what we all need to do.

I don’t know about you … I don’t want to take the time to do what is required … but I’ve told God I would give my life for my country. If those words are true, and if I can’t give a few hours of my time to do what it takes to save the Republic right now, then I’m really no soldier at all. I’m a hypocrite. I’m just a turncoat, who only professes to care about America.

Soldiers in the trenches don’t respond to their leaders only when they feel like it. They trudge through mud and rain and go for days without food when the situation requires it. If I can’t spend a few hours phoning up all Republican senators and leaving messages saying that if they certify a fraudulent election on January 6 their political career is over — if I can’t make that sacrifice of energy and time — I am a hypocrite.

Watch this video, patriots. Gorka explains how this strategy works in a way that was only shadowy to me before. It sounds like a solid plan. All we need is 32 members of Congress (if you multiply the eight days in question by four, figuring four objections a day to the vote will fill the agenda for one day) to say they object to the slate of electors, and that will stall the decision of who is declared the genuine president-elect until the 18th. At that point, if we can stall Congress certification that long, the decision will be transferred to the House of Representatives. But fear not: the House does not get one vote for each representative — it gets only one vote for each state. And Republicans control the House in the case where each state is allowed just one vote. The House would then vote on who is to be President, and the likelihood is high that we then would win. (This paragraph will make better sense once you’ve listened to Gorka explain the strategy.)

The strategy will only succeed if we put the fear of God into all Republican legislators. Or rather, if we put the fear into them of being dumped by their constituents next time they’re up for election. This is the number to call to leave your message for any D.C. legislator: 202/224-3121.

You can also send an email, but if you do that, you’ll be required to give your city and zip code, and your message will be pretty much ignored if they see you are not from their district. That’s why phone calls are better. I’ve been able to leave messages without anyone demanding to know my location. Congressmen will assume we are someone calling from within their district, if we don’t tell them otherwise, so this is the best tactic for getting your message to these people on whom the hope for our continued freedom depends.

Most of these Congressmen are swamp dwellers. Most of the Republicans in Congress are not better than the Democrats. They care only about keeping their cushy, high-paying jobs and getting their perks from all the special interest groups they serve. The way to get them to bend to the will of the people is not to appeal to their higher nature — they lost touch with that long ago. Appeal to their desire to keep their damn jobs. Tell them they’re done for if they certify this fraudulent election.

This is the time to fight. If we don’t, we will be living in the United States of China under total control of the Communists masquerading as Democrats, within a matter of weeks. It’s now or never. Make your will known. Make known the will of the people. It’s that or perish.

I’ve posted two links here: one to Gorka speaking to the students, and beneath it, one of Gorka interviewing Charlie Kirk, the brilliant, brave, young founder of Turning Point USA. These guys will give you the information and motivation you need to take action now, my friends. Re-post this blog article everywhere, get on the phones, and let’s do it!