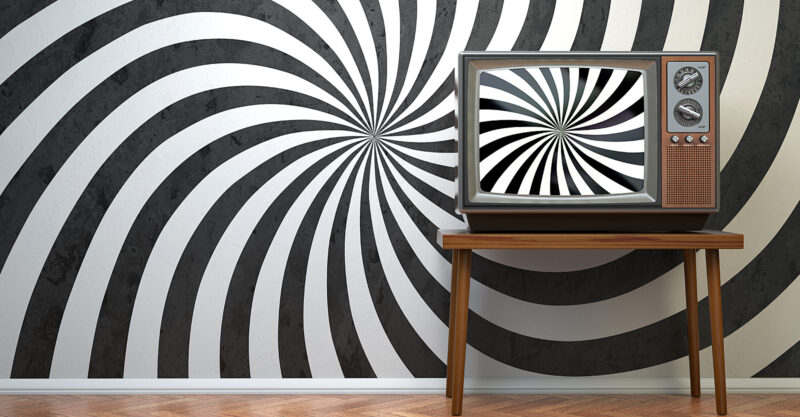 Mainstream media often make the case for vaccinating kids by pointing to studies published in prestigious journals — but without doing any due diligence on the quality or validity of the study they are reporting on.

As Pfizer and Moderna scramble to get COVID-19 vaccines authorized for infants and children under age 6, government health officials, aided by mainstream media, are ramping up efforts to convince parents their children need the vaccines.

In some cases, the media make the case for vaccinating kids by pointing to studies published in prestigious journals — but without doing any due diligence on the quality or validity of the study they are reporting on.

In one recent example, CNN cited a study published in The New England Journal of Medicine (NEJM). According to the study, the Pfizer-BioNTech BNT162b2 vaccine was 68% effective in preventing hospitalization in children ages 5 to 11 during the Omicron wave.

This finding directly contradicted observational data from New York, involving several hundred thousand children in the 5 to 11 age group, which demonstrated Pfizer’s vaccine plunged to only 48% effectiveness in preventing hospitalization within a few weeks. 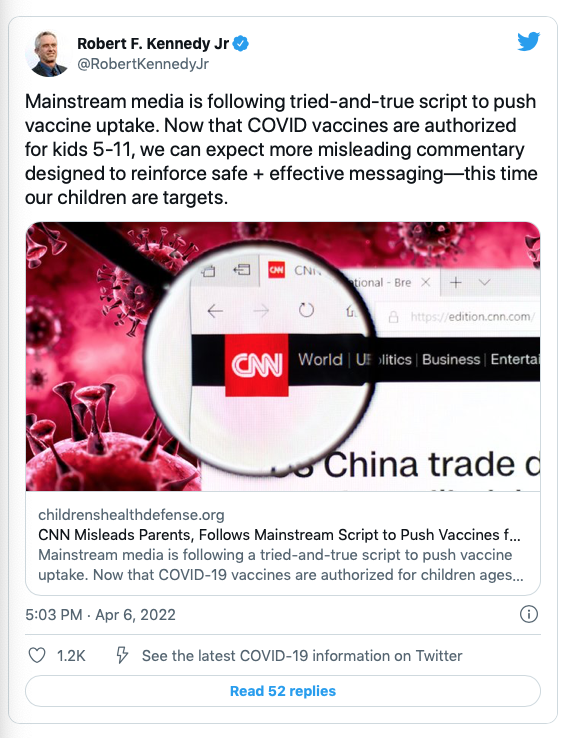 Moreover, according to the New York data, the rate of hospitalization in the unvaccinated children of that age was six per million during the last week of the seven-week period of observation — proving absolute risk of hospitalization due to COVID in this age group is exceedingly low.

How did the authors of the NEJM study find such a large protective benefit of the vaccine — in contrast to the New York observational data involving a thousand-fold more children?

As The Guardian reported Monday, scientific papers — even those published in prestigious journals such as the NEJM — don’t always get the science right.

Before we get into how and why scientific studies can’t always be trusted, let’s take a closer look at the NEJM study and how CNN reported on it.

CNN reported the NEJM study “found vaccination to be a key factor in preventing hospitalization” in the time period studied.

Our own closer examination of the study yields at least three possible explanations — none of which were noted by CNN — for why the NEJM findings might not be trustworthy:

The NEJM study was of “case–control, test-negative design.” This means the control group was not unvaccinated. Instead, they were children hospitalized for reasons other than COVID, i.e. they tested negative for Covid-19.

This type of study requires the controls be matched with patients undergoing the same tests for the same reasons at the same healthcare facility and who test negative.

However, according to the study:

The control patients were indeed of the same age and hospitalized at the same facility around the time of COVID patients — but they were not hospitalized or tested for the same symptoms.

It is clear that this approach to estimating vaccine effectiveness is fraught with uncertainty and confounding factors.

Which group had a greater exposure to the disease? We don’t know.

Which group was sicker to begin with? The children who had COVID were: 82% had comorbidities versus 73% in the control group.

More importantly, this approach also opens the door to a simple means to manipulate the vaccine’s calculated effectiveness.

If they did the opposite, the effectiveness would be not only marginal, it would be negative.

With no further details about how the control group was selected, we are left to speculate.

Were study subjects cherry-picked based on vaccination status?

How can this kind of comparison lead to any meaningful assessment of the vaccine’s effectiveness in preventing hospitalization from COVID-19?

Nass, an internist and member of the Children’s Health Defense scientific advisory committee, said there’s something else that is puzzling about how the authors recruited their participants.

According to the study, 537 children were chosen from 31 different pediatric hospitals over a period of nine weeks.

This means that on average, only a single pair of matched children (same age, admitted to the same hospital, at the same time) were chosen from each facility per week of the study — this during a time of an apparent surge of admissions from Omicron.

“This is a remarkably low recruitment rate, especially given that these were pediatric hospitals that were, apparently, seeing high levels of hospitalizations from Omicron,” Nass said.

“Why were patients enrolled in the study so slowly?” Nass asked. “Were they being cherry-picked from a large number based on their vaccination status? Or weren’t there enough admissions to begin with?”

The study also was designed to calculate vaccine efficacy in preventing “critical” cases of COVID — in other words, those leading to life-supporting interventions or death.

However, there weren’t enough critical cases in the 5-11 age group for a proper analysis to be conducted.

Nevertheless, unvaccinated children were slightly underrepresented in the critical COVID subgroup compared to all children hospitalized with COVID (90% vs 93%). Thus, vaccination did not protect against critical disease.

Finally, of the children hospitalized with COVID, more than four of five had an underlying comorbidity.

The ‘big problems’ with scientific papers

We don’t know if CNN intentionally took the NEJM study at face value instead of examining its flaws.

We do know, however, that in the era of COVID, the U.S. government is payingmajor media outlets, including CNN, to advance the “safe and effective” narrative about the vaccines.

Whether or not CNN chose to ignore the flaws in this particular study is one question. The bigger question, however, is how can prestigious journals, such as The NEJM, publish studies that don’t meet rigorous scientific research standards?

According to The Guardian, today’s system for publishing scientific papers “comes with big problems.”

For one, reviewers and editors are more likely to give a scientific paper a good write-up and publish it in their journal if it reports positive or exciting results.

According to The Guardian:

“So scientists go to great lengths to hype up their studies, lean on their analyses so they produce “better” results, and sometimes even commit fraud in order to impress those all-important gatekeepers. This drastically distorts our view of what really went on.”

In the case of studies funded by public health agencies that have an agenda — for example, The NEJM study supported by the CDC which is highly pro-COVID vaccine — one can imagine the authors would be biased toward publishing results that support that agenda.

There are other problems, too. For example, scientific papers frequently contain errors, but authors rarely correct them.

Then there’s the question of data. Again, according to The Guardian:

“Back in the day, sharing the raw data that formed the basis of a paper with that paper’s readers was more or less impossible. Now it can be done in a few clicks, by uploading the data to an open repository.

“And yet, we act as if we live in the world of yesteryear: papers still hardly ever have the data attached, preventing reviewers and readers from seeing the full picture.”

Did the CDC employees who authored the NEJM study construct the study in such a way as to arrive at a set of preconceived conclusions?

We can’t know definitively unless they tell us, just as we can’t know if CNN intentionally failed to examine the study instead of merely regurgitating the authors’ findings.

But we do know this: The job of the media is to think and report critically — and in this case, CNN failed at that job.