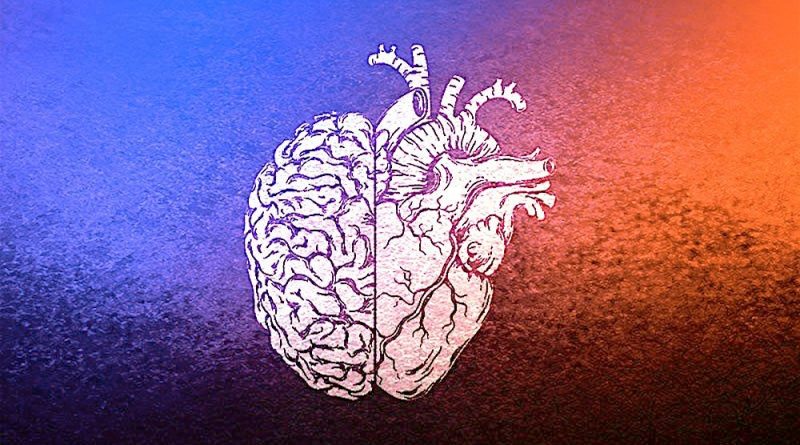 Mainstream science has been catching on to the fact that non-physical aspects of the human being are not only real, but they can be grown and developed into powerful tools for personal development and use. Non physical phenomena, like intuition, remote viewing, telepathy, and precognition (to name a few) for example, have been studied at the highest levels of government for decades. Various nations have poured millions if not billions of dollars into these programs for with demonstrated repeated success, but despite this fact these findings remain heavily unacknowledged, ridiculed, “classified” and in many cases chucked in the “pseudoscience” bucket.

It’s understandable, new information and discoveries have always been heavily opposed and “scoffed” at by intellectual authorities, especially if these discoveries don’t fit within the accepted framework of knowledge. There’s a general tendency to dismiss ideas that go against the grain and conflict what we’ve previously convinced ourselves is truth.

So, what exactly is intuition? A good way to describe it is a gut feeling, a sense, or a feeling about something. It’s arriving to some sort of truth about something, an event or experience without using any type of analytic reasoning. Intuition has been measured, which is why the US Office of Naval Research (ONR) admitted to developing methods to develop and measure this phenomenon for their soldiers.

We have to understand what gives rise to this so-called ‘sixth sense,’ says Peter Squire, a program officer in ONR’s Expeditionary Maneuver Warfare and Combating Terrorism department. Today’s Navy scientists place less emphasis on trying to understand the phenomena theoretically and more on using technology to examine the mysterious process, which Navy scientists assure the public is not based on superstition. “If the researchers understand the process, there may be ways to accelerate it — and possibly spread the powers of intuition throughout military units,” says Dr. Squire. The Pentagon’s focus is to maximize the power of the sixth sense for operational use.

As mentioned before, many interesting abilities that go beyond the conscious mind and utilize what some would call metaphysical aspects have long been used by governments and intelligence agencies. Perhaps one day the human race will use these abilities for progress and to better the human experience. It’s like technology, do we use it for the good of humanity or do we use it to build more powerful and destructive bombs and weaponry? This is why we here at Collective Evolution always emphasize that humanity needs a shift in consciousness. Our discoveries and developments don’t really matter, it’s more so the consciousness behind those discoveries that do. This is why we believe that the greatest and most potent form of change comes from within.

Dr. Judith Orloff, MD, Assistant Clinical Professor of Psychiatry at UCLA told Forbes that, “In my my private practice, I work with women executives who come to me to develop their intuition. They see it as a ‘superpower’ to use in all decisions at work as well as a guide for how to be good leaders and organizers” According to Dr. Orloff, scientists believe intuition operates through the entire right side of our brain, the brain’s hippocampus and through our gut (digestive system has neurons as well).

Alexandra Mysoor, the writer of the Forbes article goes on to explain:

When the neurotransmitters (chemical messengers) in your gut fire up, you may be feeling either “butterflies” or queasy sensations. Pay attention to those. It’s no accident we use the term intuition and gut feeling interchangeably because science has now shown us that our gut has a brain of its own, a second brain so to speak. In fact, our gut has an entire network of neurotransmitters called the enteric nervous system.

The body is truly an amazing puzzle, and we probably haven’t moved beyond the tip of the iceberg when it comes to discovering what we are actually capable of.  For example, a study (meta analysis) in the journal Frontiers in Human Neuroscience titled “Predicting the unpredictable: critical analysis and practical implications of predictive anticipatory activity” examined a number of experiments regarding precognition. These experiments indicate that the human body can actually detect randomly delivered stimuli that occur 1-10 seconds in advance. In other words, the human body seems to know of an event and reacts to an event that has yet to occur. What occurs in the human body before these events are physiological changes that are measured in the cardiopulmonary, the skin, and the nervous system.

Pretty cool, isn’t it? Another article written for Forbes written by Bruce Kasanoff by explains,

Intuition, argues Gerd Gigerenzer, a director at the Max Planck Institute for Human Development, is less about suddenly “knowing” the right answer and more about instinctively understanding what information is unimportant and can thus be discarded.

Gigerenzer, author of the book Gut Feelings: The Intelligence of the Unconscious, says that he is both intuitive and rational. “In my scientific work, I have hunches. I can’t explain always why I think a certain path is the right way, but I need to trust it and go ahead. I also have the ability to check these hunches and find out what they are about. That’s the science part. Now, in private life, I rely on instinct. For instance, when I first met my wife, I didn’t do computations. Nor did she.”

A paper published in 2008 by Dean Radin, Chief Scientist at the Institute of Noetic Sciences (IONS) explains,

Intuition is widely regarded as a key source of inspiration in medical diagnosis, technological innovation,business decisions, artistic achievement, and scientific discovery. Based upon an analysis of the lives of numerous scientific icons, Root-Bernstein concluded that “Virtually without exception, the greatest mathematicians and scientists assert that the development of this pictorial, visual, kinesthetic, or generally sensual algorithm (associated with intuition) is the basis for scientific thinking. But what is intuition? Given its central role in advancing science and civilization, one might expect that this topic has been a keen subject of inquiry, especially within academic psychology, for many decades. Surprisingly, until recently it has been studiously ignored. This may be because the quasi-magical, non-rational nature of intuition presents an embarrassing challenge to science, which prides itself on the power of rational knowing. Intuitive knowledge does not appear to function like the methodical interferences associated with rational thought.It arises “in a flash,” or “out of the blue,” sometimes with correct answers to thorny scientific and technical problems, elegant solutions to complex mathematical theorems, and complete scores for intricate musical compositions.

The Institute of HeartMath alongside Radin conducted an interesting experiment a few years ago. They explain,

Participants were told the study’s purpose was to test stress reactions and were unaware of its actual purpose. (This practice meets institutional-review-board standards.) Each participant sat at a computer and was instructed to click a mouse when ready to begin.

The screen stayed blank for six seconds. The participant’s physiological data was recorded by a special software program, and then, one by one, a series of 45 pictures was displayed on the screen. Each picture, displayed for 3 seconds, evoked either a strong emotional reaction or a calm state. After each picture, the screen went blank for 10 seconds. Participants repeated this process for all 45 pictures, 30 of which were known to evoke a calm response and 15 a strong emotional response.

The results of the experiment were fascinating to say the least. The participants’ brains and hearts responded to information about the emotional quality of the pictures before the computer flashed them (random selection). This means that the heart and brain were both responding to future events. The results indicated that the responses happened, on average, 4.8 seconds before the computer selected the pictures.

How mind-altering is that?

Even more profound, perhaps, was data showing the heart received information before the brain. “It is first registered from the heart,” Rollin McCraty Ph.D. explained, “then up to the brain (emotional and pre-frontal cortex), where we can logically relate what we are intuiting, then finally down to the gut (or where something stirs).”

This study showed that the heart, alongside the brain, has some sort of intuitive intelligence.

The Takeaway: We are living in a day and age where new information and evidence are constantly emerging, challenging what we once thought was real or what we think we know about ourselves as human beings.  It’s best to keep an open mind. Perhaps there are aspects of ourselves and our consciousness that have yet to be discovered. Perhaps if we learn from this information it can help us better ourselves and others.

We live our lives constantly thinking and analyzing, we grow up in school memorizing and we are not really taught anything about our feelings, emotions and intuition. Imagine the difference it would make in our individual and collective lives if we grew up learning how to trust our intuition, how to follow it and what it is? It begs the question, how many of us truly follow our heart? We seem to be thrust into a system that encourages us to find the best job and really think about our future. There’s nothing wrong with that but we have to ask ourselves, what impact does it have on us mentally if we do not follow our heart, our intuition? Are we seeing a big rise in drug use, depression and other mental issues because society forces us to in a direction we really don’t desire to go? Are we unhappy because we are not engaging in things that our heart desires to engage in? Are we not doing enough of what we love? Something to think about. Never ignore the voice of your gut, your heart, your intuition. It’s always telling us something and it’s time we ‘listen.’ This applies to all experiences, from deciphering information and truth to determining what path it is you want to take in life.

These days, it’s not just knowing information and facts that will create change, it’s changing ourselves, how we go about communicating, and re-assessing the underlying stories, ideas and beliefs that form our world. We have to practice these things if we truly want to change. At Collective Evolution and CETV, this is a big part of our mission.

Amongst 100’s of hours of exclusive content, we have recently completed two short courses to help you become an effective changemaker, one called Profound Realization and the other called How To Do An Effective Media Detox.

Join CETV, engage with these courses and more here!