Is Male Circumcision A Violation of Human Rights? 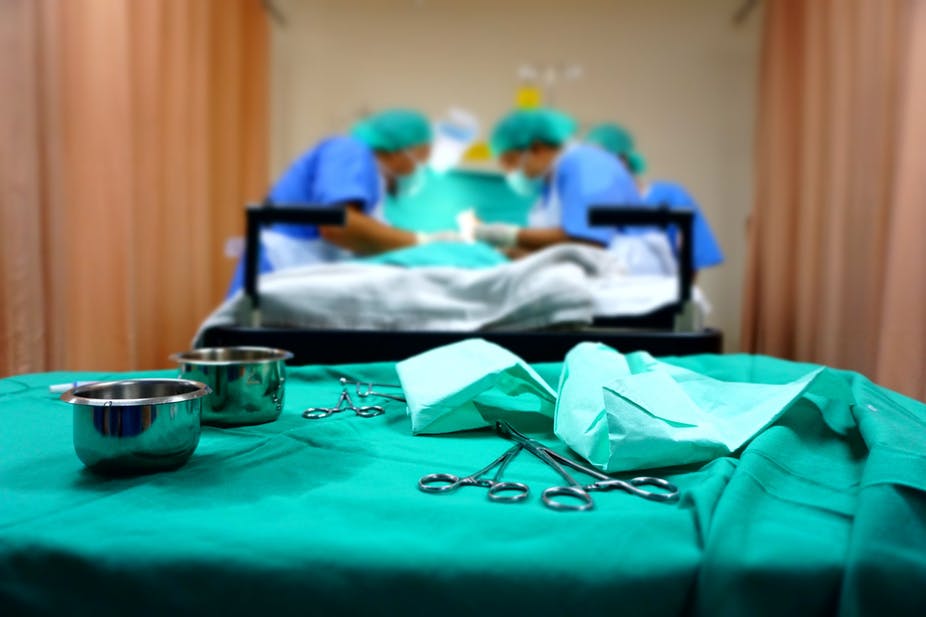 While flipping through the WestJet TV lineup on a recent cross-country flight, I reluctantly settled for a popular daytime talk-show (my other options included Days of Our Lives and re-runs of Here Comes Honey Boo Boo), which saw a panel of 4 diversely opinionated women duking it out to see who could make their co-host seem like the biggest idiot. Sigh.

More interesting, however, was the subject they were debating about: male circumcision.

Two of the female hosts in particular were taking the stage with polarizing views. One host saw the medical procedure as a hygienic practice that lowered the risk of disease while the other saw it as an archaic and highly irrelevant surgery.

In the end, the victor was left undecided. I, however, was left with an ignited curiosity about a medical procedure that I had never really taken time to question.

I was impressed by the research the anti-circumcision host had prepared for her debate, and it got me thinking intently about the ethics behind the globally rooted practice.

How Did Circumcision Come To Be Globally Recognized?

While the true origins of circumcision are largely obscured, the procedure undoubtedly has ancient roots, as documented in findings from several ethnic groups, including ancient Egypt, Greece, and Sub-equatorial Africa.

It has been proposed that the procedure began for a number of reasons, including serving as a rite of passage marking a boy’s entrance into adulthood or as a form of sympathetic magic to ensure virility or fertility. It could also have been started as a means of reducing sexual pleasure, marking those of higher social status, aiding hygiene where regular bathing was impractical, or even humiliating enemies and slaves by symbolic castration.

By the 1890s, it became a popular technique to prevent, or cure, masturbatory insanity.

Female circumcision is still practiced in certain areas of the world today, although efforts are being made to put a stop to it.

Clitoridectomies (removal of the clitoris) were also performed for the same reason, and were widely practiced in the US until 1925. This of course was until someone recognized the absurdity of such an invasive and irrelevant medical procedure.

Yet even still, male circumcision continued onwards unto further generations of men.

Today, the World Health Organization (WHO) has estimated that globally one-third of males aged 15 years and over are circumcised, with almost 70% of those being Muslims.

To Cut Or Not To Cut

Surprisingly, even though circumcision is still performed by most surgeons today, many leading medical institutions show no favour towards the procedure.

Take the New England Journal of Medicine, for example:

The American Academy of Pediatrics Policy Statement on circumcision:

“[P]arental preference alone is not sufficient justification for performing a surgical procedure on a child.”  (BMA 2006)

Even the Canadian Paediatric Society has its reservations:

“Circumcision of newborns should not be routinely performed.“  (CPS 1996)

Perhaps the reason most medical institutions show no favor towards circumcision has something to do with one of medicine’s first code of ethics, “First, do no harm.”

“But the pain only lasts for a minute…”

We know that a baby has nerve endings in their genitals at birth, therefore surgically cutting a newborn’s penis undoubtedly causes extreme pain for the baby. Even if it were only for a ‘minute’ (which it’s not), such an argument also implies it is okay to inflict unnecessary pain on an infant, even if only temporarily.

Circumcision is a massive industry, costing upwards to billions of dollars annually.

In her article, “Circumcision Ethics and Economics,” author Darcia Narvaez states that her anti-circumcision stance comes down to money, autonomy, and parental intentions.

For one, Narvaez explains how much money we actually waste on the procedure.

Medicaid spends $198 million each year on routine infant circumcision in the 33 states that still pay for it, a procedure its own guidelines consider to be medically unnecessary. Private insurance programs are reimbursing an additional $677 million, raising prices for us all (Craig 2006.)  In addition to the cost of circumcision itself, correcting its complications are said to double the cost, bringing the total bill to $1.75 billion each year. Is this what we should be spending money on during a recession and at a time when healthcare costs are skyrocketing?

Complications indeed, not to mention the average 117 neonatal circumcision-related deaths (9.01/100,000) which occur annually in the United States.

Secondly, Narvaez points out that everyone has a right to bodily autonomy and self-determination, and that the only person qualified to make the medical decision is “the owner of the penis, as he is the one going to have to live with the results, not his parents.”

Another valid point brought up by Narvaez comes down to the fact that parents’“aesthetic preferences are not valid reasons for circumcision.”

While all of her points speak truth in some regard, there are arguments for circumcision that should also be looked at.

The most common arguments for circumcision comes down to hygiene and risk of disease. Increased risk of spreading and contracting HPV, cervical cancer, and HIV are the big ones most commonly mentioned.

However, when one actually takes the time to look at the studies which suggest this correlation, it’s extremely easy to see how weak that correlation is (fortunately).

A 2002 paper in the New England Journal of Medicine studied men in Europe, Asia, and Latin America, and found that circumcision was correlated with a decreased risk of penile HPV infection (this correlation is corroborated by a 2009 study in African men), but that there was not a significant correlation between circumcision and incidence of cervical cancer.

Does circumcision truly reduce the chances of contracting or spreading HPV and HIV? Is there enough correlation to draw conclusions?

When they restricted their dataset to women with only one sexual partner, there was an increased risk of cervical cancer in women whose partners were uncircumcised only if their partner was already considered at high risk for contracting HPV (as determined by age at first intercourse, number of sexual partners, and sex with prostitutes). So, in men who already engage in risky sexual behavior, circumcision does offer an advantage for protecting their partners from cervical cancer.

Yes, circumcision reduces the mucosal surface area, thereby potentially minimizing the interface for abrasion and transmission of viruses, but again, this is a weak reason for surgical intervention.

Women also have many crevices and folds in their genitals, yet we don’t automatically assume to surgically remove their labia for hygienic purposes.

Routine infant circumcision is a 90-year aberration among hundreds of thousands of years of our time here as homo-sapiens.

Furthermore, manmade traditions have never been the basis for scientific principles, so why have we chosen to hold on to such an archaic way of thinking with regards to circumcision?

Thankfully, these traditions are on their way out soon, with only 30% of American boys circumcised in 2009. It seems that more and more parents are seeing through the silly traditions of our past while looking to create a more reasonable future for us all.

Perhaps one day we will look back at a list of all the strange things we once accepted as normal and laugh, with circumcision topping the list of these absurdities.