KRATOM IN THE ANCIENT WORLD 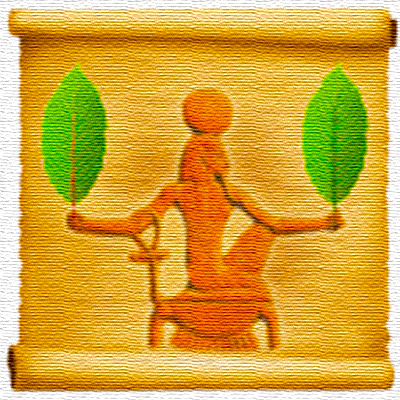 KRATOM IN THE ANCIENT WORLD

Mitragyna Speciosa (also known as “Kratom”) is an evergreen tree from South Eastern Asia and Africa that goes by many different names. Its leaves have been made into a tea or chewed for a variety of medicinal purposes. Its history can be traced back for thousands of years with connections to Ancient Egypt, Buddhism and the hymns of the Rig Veda. The ancient Egyptians of Northern Africa had a great knowledge of thousands of healing plants and trees like blue lotus, aloe vera and papyrus. This impressive knowledge was mentioned by the Greek historian Herodutus and recorded in papyri like the Ebers Papyrus and the Smith Papyrus.

The African genus of Kratom is called Hallea rubrostipulata (Mitragyna stipulosa– https://en.wikipedia.org/wiki/Fleroya_stipulosa), a tree indigenous to East Africa and is almost identical to varieties found around Borneo (see the Chelsea college study on Mitragyna of 1975 – https://www.unodc.org/unodc/en/data-and-analysis/bulletin/bulletin_1975-01-01_3_page003.html). 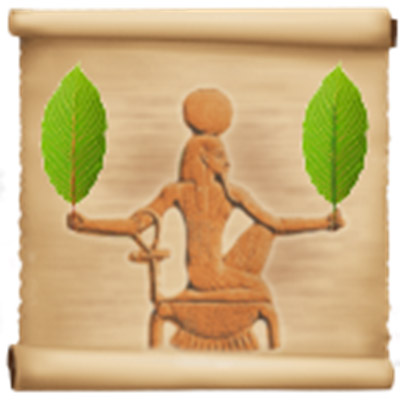 According to Egyptologists, kratom leaves would have been acquired during dynastic times from Nubian traders and expeditions led by Queen Hatshepsut to the Land of Punt   (https://en.wikipedia.org/wiki/Land_of_Punt).

The ancient Egyptians would have harvested its leaves for a number of medicinal uses, its bark for making palm winededicated to the goddess Hathor (https://doctorlib.info/herbal/encyclopedia-psychoactive-plants-ethnopharmacology/155.html), a firewood, charcoal, timber, boat making, etc. The African species has four varieties and can be found in Rwanda, Uganda, from Ethiopia to Malawi. Unlike the South Eastern Asian varieties that grow in the rain forest, these varieties grow in swamp forests like the ones along Lake Victoria.

In ancient India, this tree was worshipped as a goddess known as “Kademba” or “Kadamba”. According to regional linguistics, this is an old tribal term for a holy or important tree to the people populating the south east Asian islands around 10 thousand years ago. In the 19th century, anthropologists found Borneo women dancing around the same tree if they were pregnant. During weddings and celebrations, women in India would dance around this sacred tree or keep its dried flowers for good luck. Even today, its flowers are sacred to Hinduism. Lord Krishna would play the flute standing in front of his favorite tree with the Yamuna River flowing in front of him. The Kademba tree also has astronomical significance in Eastern mythology. The great Indian astronomer, Aryabhatta, imagined the flowers on the Kadamba ball to be like humans standing on Earth and all of them being pulled towards the center because of the force of gravity.

Watch a video about it here:

Mitragyna Speciosa (“the precious mitre”) was given its name by Peter Korthals of the Dutch East India company, because the stigmas in the first species he examined resembled the shape of a bishop’s mitre. This genus is characterized by a globular flowering head, bearing up to 120 florets each.

SEE ARTICLE IN THE HINDU TIMES ON HOW KADAMBA IS KRATOM
https://www.thehindu.com/life-and-style/homes-and-gardens/tamil-literature-refers-to-madurai-as-kadambavanam-but-today-less-than-20-kadamba-trees-are-found-in-the-city/article25689117.ece 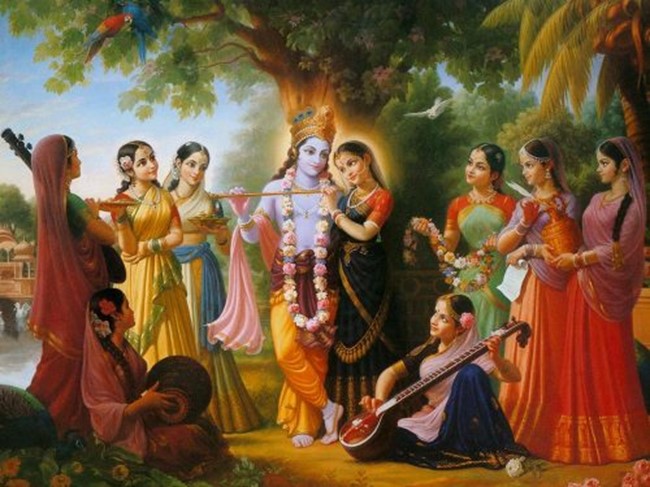 Nityananda Prabhu once asked, “Raghava Pandita, please get me soon a garland of kadamba flowers, for I am fond of it and prefer to dwell in a kadamba grove.” The devoted Raghava Pandita honoured the Lord and said, “Lord, it’s not the season of kadamba flowers.” Lord Nityananda said, “Go home and search, you may find be a flower or two.” When Raghav reached home, he was surprised to see beautiful kadamba flowers bloomed in his courtyard. He then made a garland of kadamba flowers and brought it to Lord Nityananda. The Lord was very pleased and honored them.From Vrindavana Mahimamrta (Sataka 16.49-50) of Srila Prabhodananda Sarasvati explaining the glories of kadamba flowers: “I worship the fair and dark youthful divine couple under the kadamba trees by the Yamuna’s shore. I meditate on Sri Sri Radhika-Madhava who, on the Yamuna’s shore, in the shade of kadamba trees, in a splendid pavilion of glittering jewels lit by sapphire lamps and glorious with pearl flower-buds, diamond flowers, and lapis lazuli sprouting twigs, enjoy playful amorous joking.” The Srimad Bhagavatam (3.8.28) says, “O my dear Vidura, the Lord’s waist was covered with yellow cloth resembling the saffron dust of the kadamba flower, and it was encircled by a well-decorated belt. His chest was decorated with the srivatsa marking and a necklace of unlimited value.” 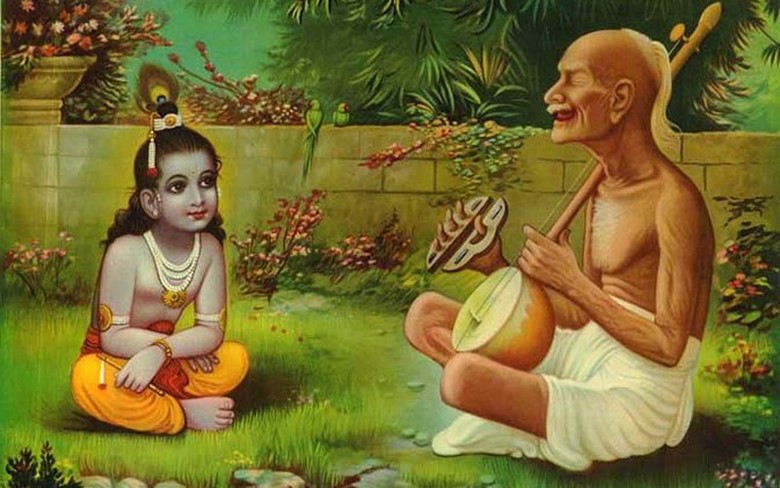 “In a forest of small kadamba trees on the bank of the Yamunä, I will seat the divine couple on a throne made of brilliant jewels.”

Rupa Gosvami tells in Laghu-bhagavatamrita (1.277.78) that “Goloka is a majestic manifestation of Gokula, which is sweet to the eye and so par excels. As the glory of Goloka, Rupa cites from the Varaha Purana: The kadamba trees of Goloka spread its grandeur of opulence with hundreds of branches. Nevertheless, the kadambas of Gokula excel those of Goloka of Krishna’s omnipresent pastimes in Goloka and so is different from His scintillating lilas with adorable humane glories of Gokula in this mundane world.”

KRATOM IS A SACRED SACREMENT

There is also proof of ancient kratom usage in Vietnam, legends in Malaysia of the trees as grey giants (bark of the tree is grey) that can turn you into stone, Asian “Vikings” coming from Borneo and bringing a totem culture to Sri Lanka with temples built around the Kedemba tree (the Borneo old name for the tree is Kedamba).

Even the Arab and African names for the tree seem to be derived from this word “Kedamba”, with the “KE” prefix, which according to regional linguistics is an old tribal term for a holy or important tree for the people populating the south east Asian islands around 10 thousand years ago. That name is found back in Arabia, Africa and all over Asia. For the name of a tree that is pretty remarkable. This constitutes a strong pro-usage argument that proves kratom was known by half of the ancient world.

Its decline in importance in the last 3000 years might be due to the popularity of opium and cannabis that started spreading in the world around that time due to Chinese traders. But outside of 300 year old Cambodian and traditional Thai medicine books, most will link its ancient usage to the naturally evolved, genetic disposition of kratom users found in the regions where the tree grows naturally. The locals have a higher amount of CYP2D6 liver enzymes (CYP450 group), which is how kratom is processed in the body.

And while today we are trying to find a balance between natural medicine and pharmaceuticals, we cannot ignore the thousands of years of spiritual and healing uses for ethnobotanicals. Moving forward into the future, we should insist on universal access to plant medicines and the knowledge of their traditional uses. This is the right of every being born on this planet. 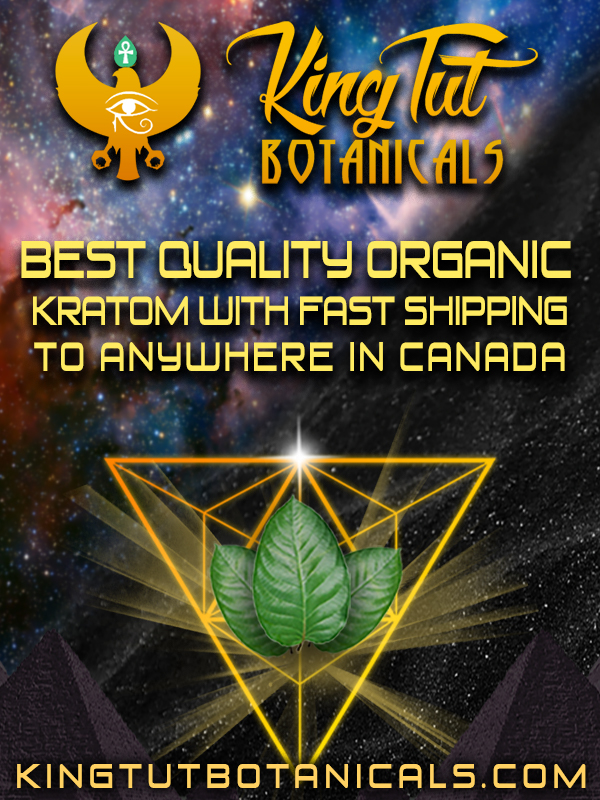