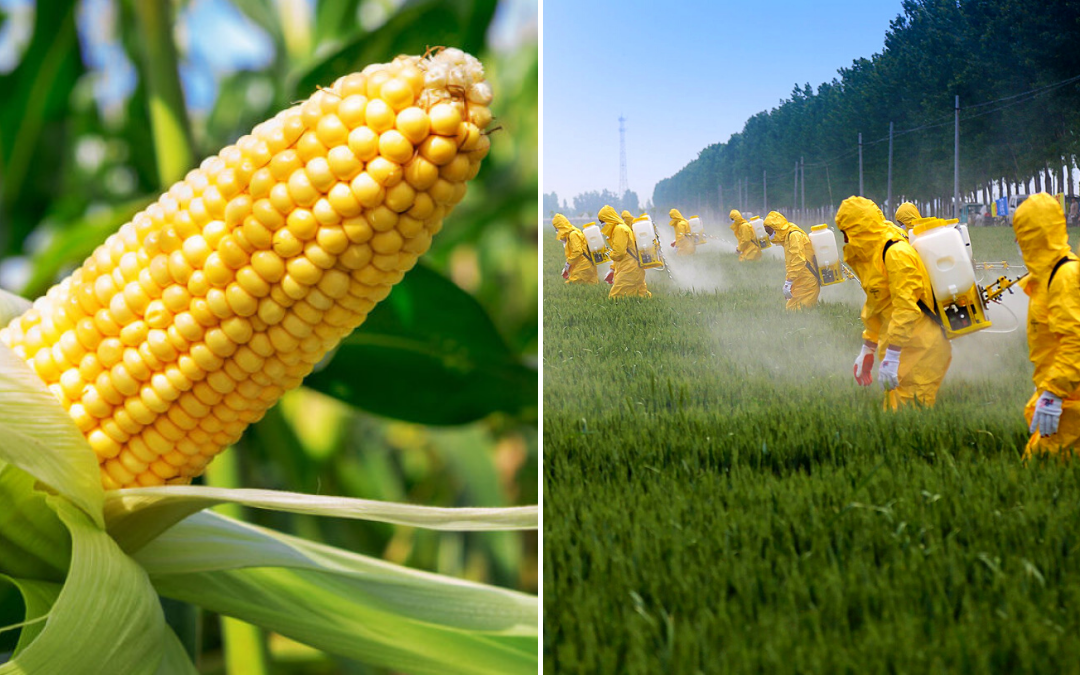 The move has been widely hailed by organic food producers.

Mexico’s President Andres Manuel Lopez Obrador has rung in the New Year by decreeing an end to the use of glyphosate – best known as the active ingredient in Monsanto’s “Roundup” pesticides – and also ordering the phase-out out of genetically modified corn for use in the food industry, with both goals to be realized by January 2024.

The move has been widely hailed by organic food producers and environmental, health, and social justice advocates, who welcome the move as crucial to preserve Mexico’s native corn crops, national heritage, and food sovereignty from the threat of multinational food corporations.

On Thursday, the government published an official decree stating that federal biosecurity authorities would “revoke and refrain from granting permits for the release of genetically modified corn seeds into the environment,” reports Reforma news agency.

The decree noted that the object of the decision, which came after months of unsuccessful pushback from lobbyist groups representing the massive food industry, was to “contribute to food security and sovereignty” and protect “native corn, cornfields, bio-cultural wealth, farming communities, gastronomic heritage and the health of Mexicans.”

The move makes good on promises by President Lopez Obrador, popularly known by his initials AMLO, to preserve native corn varieties from the threat of GMO corn.

The government of Mexico has taken numerous steps in recent months to safeguard the over 60 types of corn developed with traditional and indigenous agricultural methods that are, by law, considered a part of Mexico’s national food and cultural heritage.

Indigenous peoples in the Mesoamerican region cultivated the first strains of corn thousands of years ago, but multinational corporations have been flooding the Mexican market with varieties of corn that have been genetically modified to resist certain types of infestations and adverse climate conditions such as drought.

The government also ordered the phase-out of GMO corn imports for use in the food industry and decreed the elimination of the chemical glyphosate – the active ingredient in Bayer-Monsanto’s weedkiller, Roundup.

While a total ban on glyphosate isn’t yet possible in Mexico – especially amid major pushback from Big Ag lobbyists – federal agencies must immediately halt “purchasing, using, distributing, promoting and importing glyphosate or agrochemicals that contain it as an active ingredient,” according to the decree.

Instead, they must use “culturally appropriate” alternatives such as low-toxicity agrochemicals and organic products.

Opponents of the use of genetically modified crops have hailed the ban.

“It’s a great victory,” said Homero Blas, the director of the Mexican Society of Organic Producers. His group, like many other civil society organizations, blames GMO crops for contaminating the native, ancient varieties of corn while saying that the widespread use of dangerous pesticides endangers the health of both producers and consumers while undermining biodiversity.

However, GMO advocates such as the National Agricultural Council (CAN) claim that the prohibition of GMO corn cultivation will harm farmers while curbing imports will harm the Mexican food chain.

“The lack of access to production options puts us at a disadvantage compared to our competitors, such as corn farmers in the United States,” said CNA spokeswoman Laura Tamayo, who is also the regional director for the German multinational Bayer AG, the parent company to agro-chemical subsidiary Monsanto.

Glyphosate has been at the center of safety concerns in numerous countries and has also been the focus of massive lawsuits in the U.S. in recent years over the allegedly carcinogenic effects of the herbicide Roundup, which Monsanto introduced in 1974.

In July, Bayer agreed to pay as much as $10.9 billion to settle nearly 100,000 lawsuits in the U.S. claiming that the chemical causes a type of blood cancer.