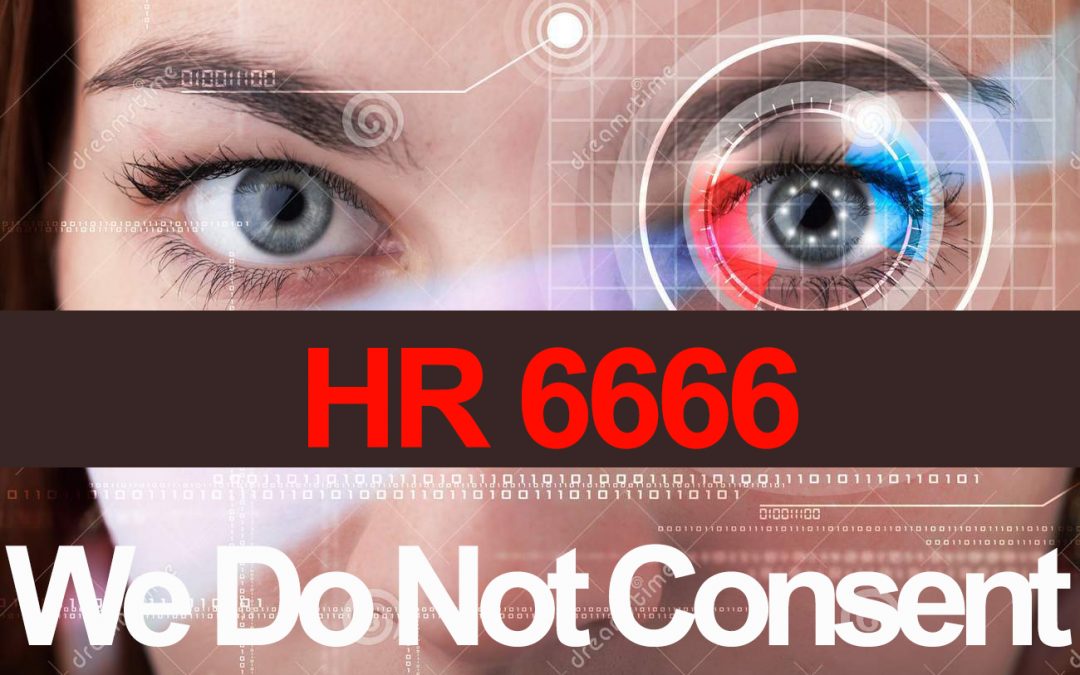 Posted on: Thursday, May 14th 2020 at 11:00 am
Written By: Sayer Ji, Founder
This article is copyrighted by GreenMedInfo LLC, 2020
Visit our Re-post guidelines

A new bill has been introduced into the 116th Congress (2019-2020) of the U.S. House of Representatives named H.R.6666 – COVID-19 Testing, Reaching, And Contacting Everyone (TRACE) Act, with the potential to further the loss of the already vanishing health freedoms of each and every citizen of the United States. You can stand with us today by opposing H.R.6666 now (use this link to Take A Stand)

H.R. 6666, despite having been introduced by Rep. Bobby L. Rush [D-IL-1] and referred to the Referred to the House Committee on Energy and Commerce on the same day almost two weeks ago on 5/01/2020, has received little mainstream media coverage to this date, other than recent attempts to debunk claims that it would further violate the rights of Americans. As of 5/14/2020 is has 59 co-sponsors, including one Republican, indicating the potential that it may gain greater bipartisan support unless strongly opposed.

H.R. 6666 authorizes the Secretary of Health and Human Services, acting through the Director of the CDC, to allocate a 100 billion dollars, annually (or until the national COVID emergency is declared over), to employ, train, and deploy an immense workforce of “testing and contact tracers” to be sent directly to everyone’s homes for diagnostic testing and tracing of contacts suspected to have been infected or are at risk of infection with COVID-19. The bill uses broad yet highly vague language to describe the role of this veritable army of new agents of the emerging U.S. medical police state “for other purposes,” such as “support the quarantine of such contacts.”

The nebulous language of H.R. 6666 affords the government and public and private grantees under its coordination unusually broad discretion to apply its newly granted police powers under the presently defined “national COVID health emergency.”  Since the national lockdown began on March the 15th, we’ve witnessed the near complete suspension of most of our Constitutionally irrevocable civil liberties, with the near complete cessation and/or modification of all socio-economic activity within the country. Moreover, executive orders have already been enacted throughout this country enabling the forced seizure of body tissue and fluids, property, forced vaccination, testing, isolation, quarantine and  arrest without due process. While not all of these draconian regulations have yet been implemented en masse, they exist in the letter of the law and therefore could be enforced, especially given that bills such as H.R.6666 use broad discretionary language leaving it to the government to intepret its meaning and apply force as it sees fit. If H.R. 6666 passes, real “teeth” would be put to many of the laws, acts, orders, and regulations that have been passed as executive orders over the past two months, potentially locking the entire country into an irreversible control grid the likes of which we have not seen outside of countries like China.

In light of this, H.R. 6666 may be setting the stage for the implementation of what WHO director Dr. Mike Ryan of the WHO and Ventura County California officials, say will include forcibly removing family members found positive or suspected of being infected. The only way to prevent this is to make sure the bill is opposed and dies.

Eligible recipients of funds include “faith-based” and “school-based” institutions, implying that these organizations might also become, in part, testing or treatment centers.

What is Contract Tracing?

Take a few minutes to watch the important reports by independent journalists Spyro Skouras and James Corbett on the contact tracing agenda in the rapidly unfolding story of coronavirus.

Contract tracing, which on the surface appears to mitigate the risk of disease spread by identifying carriers and interfering their further contact with the healthy, is based on a series of flawed assumptions:

If contact tracing is fraught with technical inadequacies, why would it be so aggressively implemented nationwide? One reason is that it provides a justification for total spectrum dominance via real-time surveillance and control of the entire population under the auspices of “public health safety,” into perpetuity. In essence, it is like a new “war on terror,” but with the enemy being defined as our own bodies, or contact between bodies, and the solution the complete removal of any privacy, nor right to exempt oneself or children from medical mandates. The system would likely include tracking GPS data of mobile device users and then following back their contacts to identify, test, isolate, quarantine, medicate, or otherwise vaccinate them when one becomes available most likely in the fall of 2020. The media has already fomented profound fear through misreporting, misrepresenting, and catastrophizing case fatality projections, over the past few months. Their egregious disregard for the truth has lead to socioenomic and psychobiological impacts that are arguably orders of magnitude more harmful and deadly than this, or any other virus believed to contribute to flu-like illness. Clearly, the media and power that be could re-manufacture another crisis, or “second” or “third” wave simply be repeating what they have already one (learn more on the topic via the Corbett Report). At which point, with an army of contact tracers, testers, quarantine enforcers, and medicators and vaccinators, the systems being funded by H.R. 6666 would be ready to further this agenda.

So, why does H.R. 6666 refrain from providing even the most rudimentary details to how one of the largest and most widespread in impact bills ever introduced will impact those affected? The more vague and broad the language, the less oversight. The truth is that the detailed plans for how H.R.666 will be implemented were already written and revealed to the public a month ago by the Rockefeller Foundation in a 30-page plan titled, “NATIONAL COVID-19 TESTING ACTION PLAN:Pragmatic steps to reopen our workplaces and our communities.” Not coincidentally, the plan proposed the exact same dollar figure was required – 100 billion dollars — and suggested that between 100-300,000 contract tracers would be needed.

Please take a strong action today by using the health freedom advocacy portal and campaign on Stand For Health Freedom, or use the widget below.