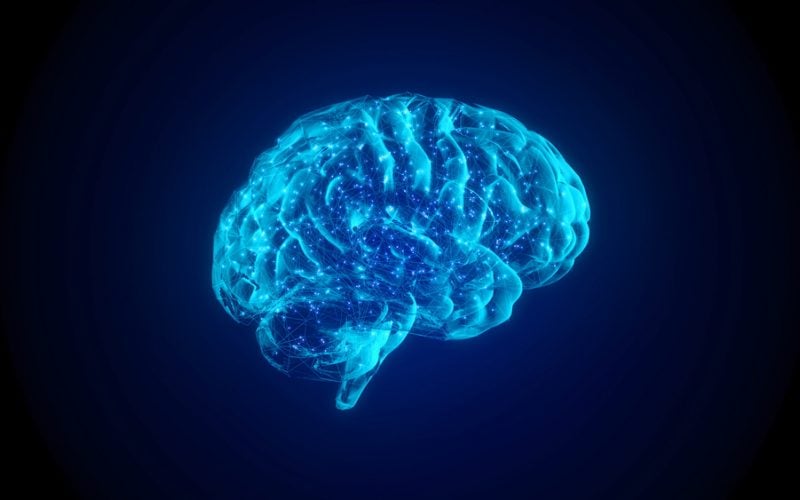 They developed an idea to prove the existence of quantum gravity by using a known quantum system, in this case the proton spins of brain water, to see if it will interact with an unknown system. If the known systems entangle, then the unknown must be a quantum system as well.

The paper was published on October 7th in the Journal of Physics Communications.

“Then, by using a specific MRI design to seek entangled spins, we found MRI signals that resemble heartbeat evoked potentials, a form of EEG signals. EEGs measure electrical brain currents, which some people may recognise from personal experience or simply from watching hospital dramas on TV.”

Dr Christian Kerskens, lead physicist at the Trinity College Institute of Neuroscience (TCIN), is the co-author of the research article.

Electrophysiological potentials, like a heartbeat, evoked potentials that are normally not detectable with an MRI, and the scientists believe they could only observe them because the nuclear proton spins in the brain were entangled. The entanglement or relationship between the known systems can only happen if the mediating system in the middle – the unknown system – operates on a quantum level, too. While the unknown system can’t be studied directly, its effects can be observed.

“If entanglement is the only possible explanation here then that would be that brain processes must have interacted with the nuclear spins, mediating the entanglement between the nuclear spins. As a result, we can deduce that those brain functions must be quantum…Because these brain functions were also correlated to short-term memory performance and conscious awareness, it is likely that those quantum processes are an important part of our cognitive and conscious brain functions”

Quantum brain processes could explain why we can still outperform supercomputers when it comes to unforeseen circumstances, decision making, or learning something new. Our experiments performed only 50 meters away from the lecture theater, where Schrödinger presented his famous thoughts about life, may shed light on the mysteries of biology, and on consciousness which scientifically is even harder to grasp.”

The observations recorded by the team require verification via confirmation through future studies across multiple scientific fields, but the early results look promising for non-classical, quantum happenings in the human brain when it’s active.

Quantum entanglement has been observed in many different forms now, and it’s extremely fascinating, so much so that Einstein Called it “spooky action at a distance.” Quantum entanglement occurs when two particles, in their quantum state, are separated from each other yet, when you do to something to one of them the other one does the exact same thing, regardless of what distance is between them.

For example, if you “spin” one of the particles, the other one will also instantaneously start spinning. This suggests that the two, what appear to be “separate” pieces of physical matter are somehow still interconnected in some way we don’t quite yet understand yet. It might also be that information is travelling much fasting than the speed of light.

One interesting experiment I recently came across comes from 1965, published by TD Duane and Thomas Behrendt from, at the time, the Department of Ophthalmology, Jefferson Medical College, Philadelphia, Pennsylvania, titled “Extrasensory electroencephalographic induction between identical twins.” (Read paper here)

They found that “alpha brain rhythms were elicited in one pair of identical twins as a result of evoking these rhythms in a conventional manner solely in the other.” The paper points out that alpha waves are experienced when subjects close their eyes, when they stare at a uniform unpatterned background, or when one sits in the dark with their eyes open. These methods produce immediate and repeatable results, which is why they were used.

“The twins were seated in a separate lighted rooms 6 m apart and were instructed to open and close their eyes only on command. Electrodes were inserted subcutaneously over the occipital protuberances. A standard EEG electrode was used as a ground. The amplified signals were recorded on a Beckman Dynograph and a Honeywell Visicorder. The subjects were asked to sit quietly, remain serene, and leave their eyes open except when instructed otherwise.

Extrasensory induction is the appearance without conventional elicitation of an alpha rhythm in one twin while it is being evoked under standard conditions in the other.”

This brings in “paranormal” factors, or factors that simply go beyond belief which quantum mechanics usually does. These paranormal phenomena have been well documented.

As the Chinese Institute of Atomic Energy pointed out in 1991, in a study archived by the CIA:

“Such phenomena and paranormal abilities of the human body are unimaginable for ordinary people. Nevertheless they are really true.”

But that’s a discussion for another time.

Quantum mechanics attempts to describe physical properties of nature through examination of atoms and subatomic particles (protons, neutrons and electrons), which make up what we perceive to be our physical material reality (matter), including our own biology. When examining these particles, their behaviour is much different from looking at physical reality at a classical scale. Furthermore, quantum mechanics has brought non-physical factors into play, like the aether for example, and consciousness.

There is still so much to learn, and the examination of our biology and how it may use quantum mechanics hasn’t been studies much. It’s good to see this new study emerge showing that our brains are much more complex systems than we could have ever imagined.

What’s interesting about our biology itself being a quantum system is the influence ones own, and also another’s consciousness, may have and what role it can play healing, for example. The study of Quantum Physics has the potential to change the underlying worldview that drives the way we think our world works, what might change in the way we live within society if our worldview’s begin to deeply adjust?

Love reading The Pulse? If you’re a regular reader of our work and love what we do, consider becoming a paid subscribing member and help us expand our work. You can support for as little as $5 a month and enjoy multiple member benefits. Click Here to Learn More.