One Great Dream of a Single Dreamer 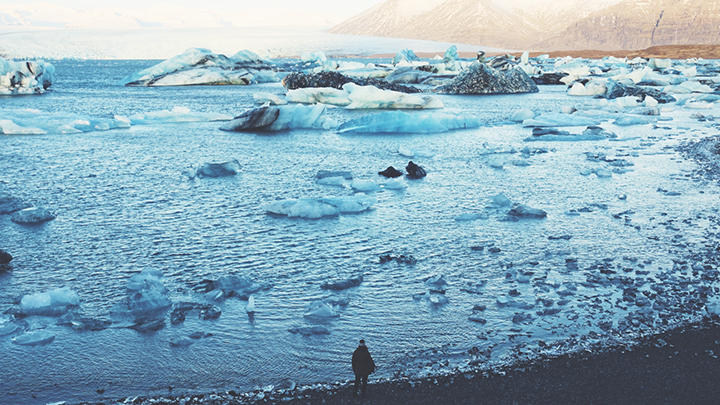 One Great Dream of a Single Dreamer

The Buddha, which literally means “the awakened one,” said “My form appeared like a dream to sentient beings who are like a dream. I taught them dreamlike teaching to attain dreamlike enlightenment.” When we begin to awaken to the dreamlike nature of reality, we realize we are all characters in each other’s dream. Like reflections in a mirror, we are all interconnected aspects of each other’s being. To recognize the dreamlike nature of our situation is to recognize that we don’t exist as isolated entities separate from the universe, but rather, as relational beings who only exist relative to each other. We are all related, parts of a greater family, the living multifaceted expression of a singular divine being. When we begin to awaken to the dreamlike nature of the universe we realize that the “dream ego,” which is who we’ve been imagining we are is only an un-reflected upon and assumed model of who we are and is not who we really are, but is itself being dreamed by a deeper part of ourselves. There is a deeper Self which is dreaming us. Like emanations of a meditating Buddha, we are the dream of something deeper, what I call the “deeper, dreaming Self,” which is who we really are. There’s only one deeper, dreaming Self and it is dreaming the whole universe. We are its dream. The deeper, dreaming Self expresses itself through and is not separate from the forms of the dream; we are simultaneously the dreamed and the dreamer. In the words of the German philosopher Schopenhauer, “one great dream of a single dreamer in which all the dream characters dream, too.” The deeper, dreaming Self is having a dream, and we are it!

Waking up to our identity with the deeper, dreaming Self, we snap out of the self-perpetuating, egoic delusion that we exist in a way in which we simply, in reality, do not. The question then becomes: how do we best serve who we have now discovered ourselves to be? How does the deeper, dreaming Self which is dreaming us want us to dream itself into incarnation? How does the dream itself want to unfold through us?

People who are imagining that if they became lucid in the dream they would become a billionaire, or lose twenty pounds, or something of that nature are still caught in the dream of ego which imagines itself its own master. They are still attached to, animating and monopolizing a deluded identity of being the commander-in-chief, the one in charge, which is the ultimate power trip. Trying to manipulate the dream is a compensation for and expression of the fear of the separate self. In attempting to control the dream, one is still acting out of an assumed reference point where one imagines oneself to be an objectively existing entity whose situation is seemingly binding and problematic and whose agency is apparently separate from the whole.

Both the dreams of our ego and the dream of the deeper, dreaming Self, when invested with our attention, can materialize in, as and through our lives. The difference is that when we dream up our egoic fantasy into reality, it doesn’t ultimately alleviate our suffering, but rather, reinforces it. When we are the vessel for the dream of the deeper, dreaming Self to incarnate, however, we have gotten out of our own way and become an instrument serving the whole. The energetic expression of this realization is compassion, the hallmark of lucidity. The whole universe, which we are a part of and not apart from, heals itself in the process.

Awakening in and embracing the dream, instead of trying to strategize and control the dream, we can get in phase with each other, I imagine, and co-operatively offer ourselves in service to the highest intent of the deeper, dreaming Self, whatever that may be. Our awakening is always a mutual and reciprocally shared co-awakening due to our infinite interconnectedness. Moved by something greater than our imagined self, we become an instrument of something much vaster than our own limited version of ourselves. Recognizing the dreamlike nature is the very act which empowers us to become in-sync lucid dreamers who can change the world. To quote an indigenous elder, one who is fluent in the dreamtime, “There’s a dream dreaming us, and we must get back to that dream, and the vision, the power, and the energies at the disposal of man’s dreaming self will help us to win the battle.”

A pioneer in the field of spiritual emergence, Paul Levy is a wounded healer in private practice, assisting others who are also awakening to the dreamlike nature of reality. He is the author of Dispelling Wetiko: Breaking the Curse of Evil (North Atlantic Books, 2013) and The Madness of George W. Bush: A Reflection of Our Collective Psychosis. An artist, he is deeply steeped in the work of C. G. Jung, and has been a Tibetan Buddhist practitioner for over thirty years. Please visit Paul’s website www.awakeninthedream.com. You can contact Paul at paul@awakeninthedream.com; he looks forward to your reflections. Though he reads every email, he regrets that he is not able to personally respond to all of them. Copyright 2014.