So Who Do You Want To Be? 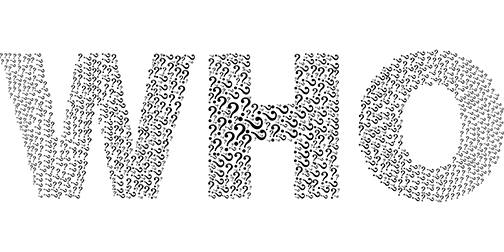 So Who Do You Want To Be?

The question of the ages, is it not? And not in the “What do you want to be when you grow up?” way, which has the sole requirement of becoming like someone else as a marker for being ‘grown up’ (I can be like a fireman, CEO, metalworker, scientist… but most of all, a taxpayer). As long as you appear to be ‘tending’ for yourself, following the rules and being a productive member of society, it’s easier to believe in the ‘normal’ since there seem to be ‘rewards’ for going along.

But who do you turn into? What do you sacrifice? What are you willing to give away? The remnants of what we ‘could have been’, are but a distant memory (fantasy); lost amongst the high definition projections which have helped to guide us, to the point we now face (mask).

So who do you want to be? Well, perhaps we should define who ‘we’ have become first. It sure is easy these days to come up with lists of things to point out about my species which would lead to a ‘negative’ view but I shall spare you this time and simply point out that there are plenty of prior articles which, you may find, elaborates my point.

What have we become but xenophobes which live in fear of our death to the point of not living; self loathing to the point of accepting our own destruction? People so afraid of ‘standing out’ that they go along, to live in the shadows, even when then feel that it isn’t right. Too afraid to speak, so as not to offend and be judged as ‘one of those’. What does that make us? Are we simply lying hypocrites? Are we the definition of cowards, which is threatened mainly by what we perceive others perceive of us?

Are we continually creating our own ‘demons’ to fear in order to feel anything which may resemble ‘life’? Do we grasp at any ’emotion’ in our deadened world in order to feel alive? Will we follow any ‘authority’ blindly simply to feel part of something; anything? Look around at where we are today and tell me that our world mindset has not deadened from life. Look into the eyes of your masked compatriots and tell me that they are not defeated within their very soul. Where is the LIFE, JOY, LOVE and FORTITUDE of my species?

I believe that a part of the causation of that defeat can be attributed to an inability to define one’s self honestly. The constant belief in external ‘protections’ rather than self reflection and amelioration, have made it simple for the ‘solutions’ offered, to find broad ‘acceptance’ along with ‘belonging’ and apathy.

The fears ‘presented’ are simply ‘definitions’ of what one will accept of their ignorance. “Fight or Flight” is not solely about its literal meaning, in this case it can represent the apathetic laziness of mind which ‘blocks’ the basics of questioning and therefore knowledge.

I said the following last week in a discussion:

Intelligence begins with the simplicity of questions.
Too bad most believe that they simply need ‘answers’.

In looking for those external answers, one simply continues to chase the tales of others which produce ‘names’ and ‘deeds’ but does not reveal the how and why of the matter; for those are ‘choices’ made along the way. What sort of ‘people’ made the choices that have us in the ‘predicament’ which involves us all at this moment? No matter where you are in the the world, you are ‘involved’ in this global ‘operation’ on one scale or another; willingly or forcibly. There are ‘Players’ and there are ‘Pawns’; guess which we are.

Without an honest ‘definition’ (careful not to constrain) of ME, how can I know the power ‘I’ holds? The I’s of the world are the ones which know the power and balance of the ‘ME’ and the ‘WE’; they also comprehend the power of “NO”. “No! We will not live like this” said in unison is all which would be needed to change the ‘course’ of our current ‘fate’.

The I knows not to be frivolous, wanton or childlike with their No’s. They know the need to comprehend the basis and morality of their No and do not base it in selfishness, but rather of fortitude.

One may consider that the opposite can be witnessed in today’s short attention span ‘theater’. The short attention span, which was developed, throughout life, to never be satisfied and therefore easily ‘baited’ into behaviors and thought patterns centered around wants and desires. This can leave one never being satisfied with what one ‘knows’, which can lead to chasing many tales as well as the easier ‘acceptance’ of ‘new norms’. Forever ‘distracted’ from acquiring real knowledge.

The ‘Great Awakening’ and ‘Alternative Media’ are great examples of distractions for the ‘thinker’. For one can keep up with the programmed desires which feed the short attention span; what’s new, what’s the latest, what’s trending, what’s viral? As long as they can convince themselves of the ‘difference’ in ‘information’, they can feel ‘elevated’ above the programming of the masses.

So many, are left in different stages of ‘awakening’. Seeing beyond the ‘mirrored’ paradigm which the ‘alt’ has to offer but scattered across the globe in varying stages of angst, poverty, loneliness and health while trying to maintain a decorum of ‘stability’ to think clearly enough to try and view what lays beyond the mountains of distractions (dramas). There sure seems to be a lot of things to FIGHT about.

You can’t fight the external enemy because you will lose. The external enemy, is simply presented for one to view themselves, to see what they have allowed to become and to willingly break free and lead themselves to being free beings; to become your own ‘hero’ as communities of Individuals.

The ‘choice’ has always been ours. Every day which goes by now, is another nail in the coffin of humanity. When will we scream “NO” in unison and refuse to be ‘ruled’ into oblivion? When will we stop moving our ‘Line in the Sand’ and stand as FREE INDIVIDUALS?