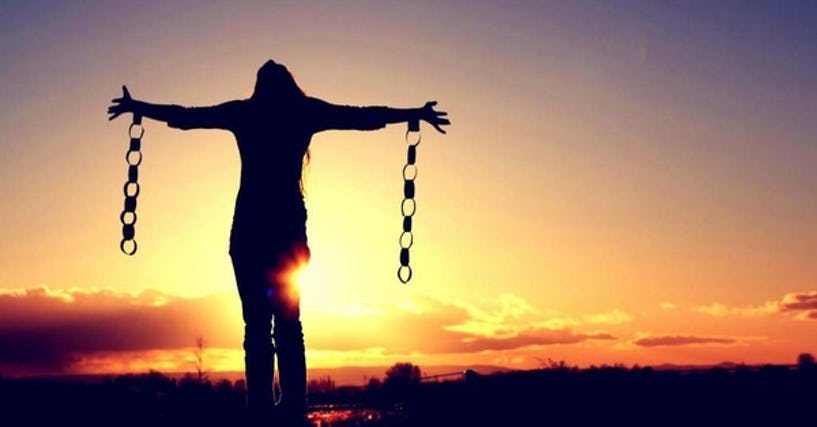 After three decades of research, and personal experience with this problem, it gives me great pleasure to present the antidote for the mental parasite many people are calling an “Archon”. It is appropriate to describe these holographic, tumorous thought forms as a “cancer of consciousness” — a term first created by author Collin Wilson in his 1967 novel The Mind Parasites.

I have learned that we not only feed Archons with our negative thoughts and emotions, we actually help them reproduce. Therefore, a brief description of the antidote is as follows: Learn to control your consciousness or it will control you.

But, before we get into the details of how to apply the antidote for Archons, a little background information is required to put things into perspective. As I reported in my 2nd article on this topic, THE BIRTH OF THE ARCHONS, these intelligent creatures are holographic thought-forms which were accidentally created by some of our space-faring ancestors in our Universe long ago. However, after their conception, these thought-forms took on a life of their own with parasitic tendencies and infected the minds of the team of ancient ancestors who accidentally created them.

The first Archons were a weak mental parasite that focused solely on survival. In time the Archons grew stronger and multiplied in number… with a hive-like collective mind that was obsessed with controlling mankind covertly. And as the Archon’s human host (our ancestors) migrated through the cosmos, the infection spread to other sentient beings.

This event is the Nexus for the “War in Heaven” a.k.a. the “Luciferian Rebellion” which eventually reached earth when it was still a paradise planet inhabited by symbiotic life. You can use this link to hear me discuss this information on COAST to COAST AM.

Evil is an infection of our consciousness a.k.a. “The Tree of Knowledge”

At this time on earth, we have a greatly distorted memory of that event which many Christians refer to as original sin… where mankind was evicted from the garden after falling under the spell of the Lord of the Archons – Lucifer. The hidden history of the actual events can be read for free in THE WES PENRE PAPERS.

Although it may seem too simple for some to accept, the antidote to the Archons is to control our thoughts. This only sounds simple… it actually takes effort to stay focused on positive rather than negative thoughts and emotions. Fortunately, with consistent effort, gaining and maintaining control of our consciousness gets easier.

It is essential for us to understand that consciousness is both the primary creative and destructive causal force in our cosmos. Therefore, it is imperative that we remain aware of what type of thoughts we are broadcasting into the cosmos via our bodies DNA which are holographic antenna.

Below are some graphic examples to help illustrate the process of intentional consciousness control and its benefits.

This is how people infected by Archons view the world

This is how people free of Archons view the world

In laboratory experiments, DNA exposed to positive emotions unwound and grew longer and more receptive to its environment. It was switched on. Connected. Coherent.

In laboratory experiments, DNA exposed to negative emotions tightened and grew shorter and less receptive to its environment. It was switched off. Disconnected. Incoherent.

Although thought waves transmitted by our bodies DNA are not physical, they are the fundamental fabric of creation that extend into the physical. Consider the image above as an analogy of two thought waves merging. The interference pattern created by this merger is the foundation for all shapes of matter and life. This is the process that converts coherent waves of consciousness into energy and then into matter. By definition, this process is holographic in nature.

This important insight is essential for humans to understand because through the controlled, creative use of our consciousness/imagination and emotions we become cocreator/gods. Please use this link to read a very entertaining story of what our consciousness is capable of creating when it is highly focused and free of doubt and dark thoughts.

Although the following suggestions may seem too simple to be effective, here are some very-powerful, infectious, practical things we can do to heal ourselves and the planet:

Be connected and courageous

Second, being kind is difficult when other people are panicking or are angry, etc. But that’s when we most need to practice being kind and calm. These first two things are like pouring water on the negative emotional fire the Archons feed on.

Third, being creative is essential to our well being. Most people here don’t realize that we were created by a Creator to be creative. This is part of our divine nature. If we do not nurture that gift, it will become lost over time.

The 4th and most important thing we can do is reconnect with the Cosmos. There are many ways to do this, but I feel certain that this is the key to our freedom; individually and collectively. I see Creation as an infinite web of light. We are seeds of light in a garden of light. In reality, we are all connected, but most people here do not realize that and act accordingly because it takes courage, which is the opposite of fear.

Another important aspect of the antidote for Archons is to learn how to embrace the positive emotions of love, joy and happiness on a regular basis. Smiling, laughing, singing, dancing are all helpful in raising one’s soul vibration. I realize that this is increasingly difficult on earth at this time. And, I am not suggesting that people simply ignore negative events in life. I am recommending to spend as much time, or more, feeling positive about yourself as an intelligent, living, creative being of light.

We are both physical and spiritual beings

In closing, I urge everyone to be aware that uncontrolled thoughts usually lead to obsession which, in turn, can lead to possession by what some people call “inner demons”. In fact, the choice is simple. We can either control our thoughts or we can allow our thoughts to control us. Please choose wisely.

is not affiliated with any religious,