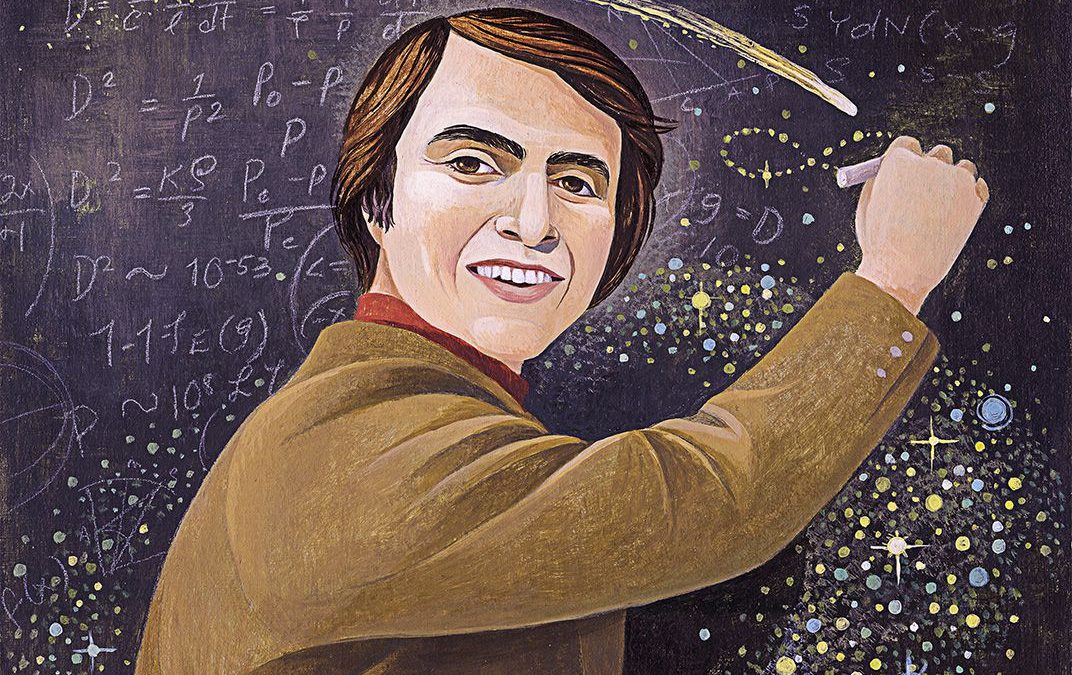 Take a moment and breathe. Place your hand over your chest area, near your heart. Breathe slowly into the area for about a minute, focusing on a sense of ease entering your mind and body. Click here to learn why we suggest this.

Today more than ever, parapsychology, which is the scientific study of telepathy, remote viewing, clairvoyance, reincarnation and much more, is receiving extreme amounts of credibility. Numerous studies and repeatable experiments have shown statistically significant results, and various findings within quantum mechanics have also demonstrated that mind/matter interaction, also known as telekinesis, may very well be real.

On top of this we also have declassified literature from multiple countries that show parapsychological phenomena has been documented and demonstrated within human beings that poses “special abilities.” For example, this CIA document shows how “gifted children” in China were able to “teleport” small objects from one location to another, here’s another that documents the “paranormal writing” ability of a child. It’s quite fascinating, and understandable why so many people just don’t believe in this type of thing. It’s truly paradigm shifting and has the potential to change what we think we know about the nature of reality, forever.

Such discoveries and evidence have always been ridiculed and ignored by “intellectual” authorities simply because they don’t fit within the framework of accepted knowledge. Furthermore, when it comes to this type of study, which is also known as non-material science, we must go beyond the parameters of science. A lot of the phenomena documented and observed within these realms is simply not explained by science and our our perception of what science is and has become. In a lot of ways, science limits us today and there are many examples where dogma has become labelled as “science.”

Did you know that Carl Sagan, the late astronomer was a founding member of the Committee for the Scientific Investigation of Claims of the Paranormal (CSICOP)? He once wrote that “there are three claims in the (parapsychology) field which, in my opinion, deserve serious study with the third being “that young children sometimes report details of a previous life, which upon checking turn out to be accurate and which they could not have known about in any other way than reincarnation.” He wrote this in 1996, it’s now more than two decades later and the number of examples and evidence accumulated suggesting that reincarnation, or at least some form of it, is real is quite astonishing.

Serious scientific study of reincarnation has spanned the last several decades. There are many interesting cases of children remembering details they could not have obtained from anywhere else.

For example, a report published in 2016 in the journal Explore titled “The Case of James Leininger: An American Case of the Reincarnation Type” published by Jim B. Tucker, MD from the University of Virginia, explains,

Numerous cases of young children who report memories of previous lives have been studied over the last 50 years. Though such cases are more easily found in cultures that have a general belief in reincarnation, they occur in the West as well. This article describes the case of James Leininger, an American child who at age two began having intense nightmares of a plane crash. He then described being an American pilot who was killed when his plane was shot down by the Japanese. He gave details that included the name of an American aircraft carrier, the first and last name of a friend who was on the ship with him, and a location and other specifics about the fatal crash. His parents eventually discovered close correspondence between James’s statements and the death of a World War II pilot named James Huston. Documentation of James’s statements that was made before Huston was identified includes a television interview with his parents that never aired but which the author has been able to review.

At the age of two, James’s father was looking through a book called  The Battle for Iwo Jima 1945. His father reports that James pointed to a picture showing an aerial view of the base of the island, where Mt. Suribachi, a dormant volcano, sits, and said, “That’s where my plane was shot down.” His father said, “What?” and James responded, “My airplane got shot down there, Daddy.” That’s when it all started.  This is one of many cases that are similar. In this case James demonstrated knowledge of events from 50 years before he was born. Many of his accurate statements  were documented before the previous personality was identified.

On August 27, 2000, when James was 28 months old, he told his parents he had flown his plane off a boat. When his parents asked him the name of the boat, he said, “Natoma.” After that conversation, his father searched online for the word and eventually discovered a description of the USS Natoma Bay, an escort carrier stationed in the Pacific during World War II. He printed out the information he found, and the footer of the printout includes the date he did.

You can read about this specific case more thoroughly, here.

If you want to read about more examples, here’s an excellent paper published in the Journal of Scientific Exploration you can refer to. Here’s another from 2005. You can access many more research studies on the topic here, all from the Perceptual Studies department at the University of Virginia. It’s a great place to start if you want to dive deeper into the topic.

I’ve written about a reincarnation case in which a three-year old boy claimed to have remembered a past life. In this life, he remembered being struck by a big blow to the head with an axe, and having a long, red birthmark on his head.

The present-day boy, whose name remained confidential throughout the entire study, also had a birthmark in the exact same spot, which is interesting because multiple studies, like the one published in Explore, point out how shared birthmarks are common to children who remember their past lives.

The boy’s father and a number of other relatives in the village decided to visit neighbouring communities to see if his past life identity could be established and Dr. Lasch was invited to join. On this journey, they visited multiple villages until the boy remembered the right one. He remembered his own first and last name, as well as the first and last name of his murderer.

You can read more about this specific story here.

Can “Consciousness” or “the mind” Survive “death” ? Is reincarnation one of many paths?

Reincarnation may not be “the” answer as to what occurs when someone dies. Perhaps it’s one out of many paths. I’ve come across a lot of interesting information suggesting that we are more than just our body, and when we leave this physical plane our “soul” can take multiple routes, and reincarnation might be one of them if we have to come back and complete/learn the lessons we were/are supposed to while experiencing life on this planet. I’ve also come across some interesting information that this is a choice before we are born, that we choose to incarnate here, that we “exist” before we are born, but such claims lack definitive proof despite the fact that they seem to resonate with many people. But then again, perhaps our definition and view of “proof” needs to change. There are anomalies in this word, like some mentioned at the beginning of this article that have enormous amounts of proof, yet they are simply “too much” for the average human being to believe.

These questions have been contemplated for thousands of years. In the Socratic dialogue, Meno by Plato, the character Socrates attempts to prove that life exists before birth. Instead of innate knowledge that we are simply born with, knowledge that simply comes naturally to us, Plato relies on prenatal knowledge to explain our ability to solve problems in mathematics and philosophy, and suggests that we must have known the answers to these problems all along.

There are so many unanswerable questions.

Perhaps reincarnation is one path out of many, what about those who have learned what they came here to learn? Perhaps they came here for another reason and do not need to reincarnate? I’m not sure what the other paths may be, perhaps an experience as another being on another planet? Perhaps as a life form that doesn’t dwell within the physical realm? I don’t know, but I could think of several possibilities. Perhaps a trip back to where we all originated from? Perhaps consciousness is separate from a “soul” and one remains and lingers while the other moves on? Perhaps a “soul” can experience multiple “consciousnesses”?

Here is a great video from Dr. Gary Schwartz, professor of psychology, medicine, neurology, psychiatry and surgery at the University of Arizona discussing whether or not consciousness is the product of the brain or a receiver of it.

There is also the topic of Near Death Experiences (NDEs) that are quite astonishing. People who have “died” and come back on the operating table were able to describe being outside of their body and provide details they would not otherwise have been able to provide had they been “inside” their body. To read and learn more about NDEs, you can access the research here.

The idea that consciousness is a separate “thing” from our biology is supported by a wealth of evidence in the fields of quantum physics, parapsychology and neuroscience. Despite this evidence, the topic is still shunned within many mainstream academic circles, and perhaps it’s because the idea simply challenges our long held belief systems of what we think we know and have already discovered.

Cassandra Vieten, PhD and president/CEO at the Institute of Noetic Sciences offers a possible explanation.

There seems to be a deep concern that the whole field will be tarnished by studying a phenomenon that is tainted by its association with superstition, spiritualism and magic. Protecting against this possibility sometimes seems more important that encouraging scientific exploration or protecting academic freedom. But this may be changing.’ (source)

Consider the prominent physicist Lord Kelvin who stated in the year 1900 that, “There is nothing new to be discovered in physics now…All that remains is more and more precise measurement.” It wasn’t long after this statement that Einstein published his paper on special relativity. Einstein’s theories challenged the accepted framework of knowledge at the time and forced the scientific community to open up to a broader/alternative view of reality. This type of thing will continue to happen throughout humanity history, the only thing constant is change and discovery that expands upon and changes what we once thought we knew.

Click below to watch a sneak peek of our brand new course!

If you have been wanting to build your self awareness, improve your.critical thinking, become more heart centered and be more aware of bias, this is the perfect course!

–>Watch a free sneak peek of our new course: Our latest course focuses on how to improve your critical thinking and become more aware of bias. Click here to check it out!