The Chatterer by Elva Thompson 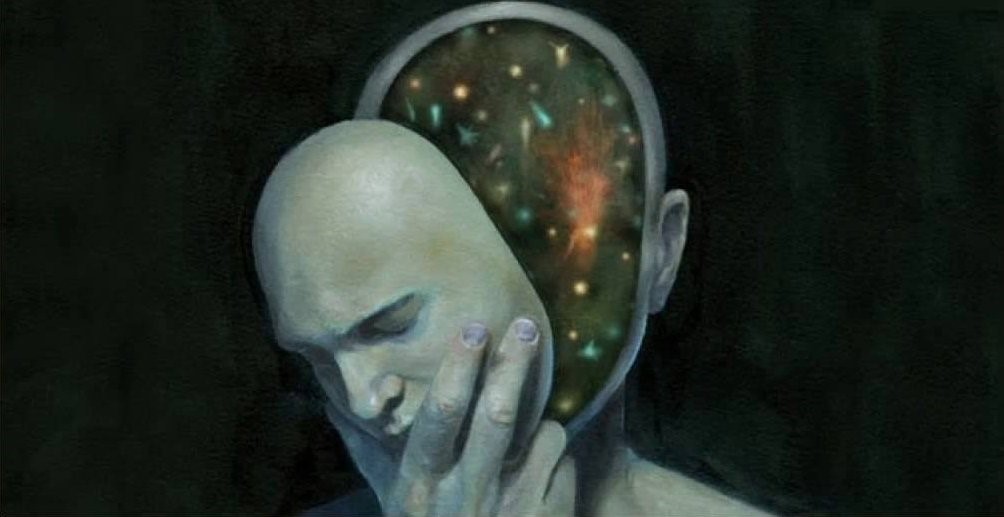 The Chatterer by Elva Thompson

Before we start our investigation into the chatterer, I would just like to say that what you read on my blog are just my opinions, my take on stuff, nothing more … and we all know about opinions. (Grins)

The best thing we can do is not to believe or disbelieve anything that others have to say. We need to examine new information for ourselves to find if there is truth in it. Not blindly follow someone else’s thinking.

Insights and shifts in perspective can only happen when we put our preconceived programming into deep freeze. Only then can we process incoming data and knowledge with a clear open mind. A mind that does not judge based on its perspective.  This is very important and quite difficult to do.

The mind challenges information contrary to its programming, and if we allow our perspective to judge new information, we will not be able to deeply examine its content. We will be stuck in the limited rut of conformity.

Let’s look at a couple of things that might be contrary to our programming. See how long it takes us to judge! 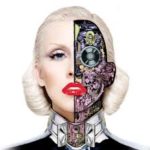 How to rule the world

The satanic elite want to rule the world and a plan long in the making has been brought into play on game board earth.

The globalist plan for the beginning of the 21st century was to destroy the world economies. This is what the plandemic was really about. Crashing fiat currencies to make way for a central bank digital currency.  Oligarchs and their minions will have complete control of our money, and can cut it off at will if we do not obey their rules and regulations. This is the great reset, the Davos mob talk about.

Because of the plandemic, its lock-downs and the deliberate destruction of economies, countries around the world are broke, and when countries are broke they go to war. History shows us that. World war would be advantageous to the elite for many reasons. Wars are very lucrative and offer opportunities to grab land and power. Wars kill millions of people even billions which suits their depopulation agenda. So, the military industrial complex will make sure war happens. The drums will beat, the propaganda machine will kick in, and the media will whip up a frenzy of fear, patriotism, country and honour, and millions of souls will be sacrificed to the demons called power, arrogance and greed.

Then when the dust clears and most of us are dead, the globalists will step right into the breach as planned. They will pick up the pieces of life, and what is left of humanity will become digital slaves in their new world order. In the words of Karl Schwab  “By 2030 you will own nothing and you will be happy.”

The elite know that climate change is cyclic. They know the sun is shutting down and we are entering a period of global cooling called a grand solar minimum.  And, as the magnetosphere wanes, the poles are shifting and we may be in for a magnetic reversal. Weather patterns will be disrupted, crops will be destroyed and there will be food shortages. Enter the digital food rationing card, facial recognition, and the social credit system already piloted in China. This was all planned a long time ago, folks! Now its being put into action….while humanity is distracted by non binary gender and pronouns (Grins)

Depopulation is part of Agenda 20/30, and so, the elite have installed their barely literate politician 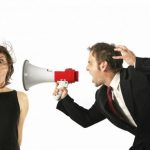 puppets to oversee and legitimise medical tyranny, and the breakdown of civilisation as we know it. These bad actors equipt with the Pinocchio syndrome and raging egoism, are dictating, imposing and enforcing the cults twisted satanic agendas on us…we the common folk of earth.

Dystopia  is no longer the stuff of science fiction, it is fact! Think forced lock-downs and business closures, travel bans, mask and vaccine mandates. Planned wars and depopulation by injection.

What is sad is that most of humanity is lost in the sleep of prisoners, and unaware that the axe is about to fall upon their necks.

All events that happen in the world are the consequences of consciousness, so let’s examine what could be the cause of so much oppression, misery, hate and violence in the world.

Humanity is haunted. It is a truth! A fact!

Just think of what happens when we fly into a fit of blinding rage or lust and rational thinking disappears in a flurry of emotion. Or when we get drunk or ‘out of it’ on drugs, especially the anti depressants and synthetic drugs big pharma likes to peddle…  a monster moves in and takes control.

How many times have we heard someone say of the perpetrator, in the wake of  a horrific and bloody tragedy. “I don’t know what got into them.” Or “They must have been out of their mind.”

We use and hear such expressions without investigating the cause – without asking what possesses the minds of those that commit barbarous acts.

Don’t want to look at it

If we are brave enough to take a good look at our reality, the seedy side that everyone tries to avoid, the unwelcome facts, the inconvenient truths that bring on fits of 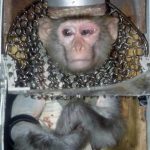 cognitive dissonance and denial…we will find that we don’t need drugs or alcohol to turn us into monsters…we are already monsters.

How did mankind become monsters?

“We have a predator that came from the depths of the cosmos, and took over the rule of our lives. Human beings are its prisoners. In order to keep us obedient, meek and weak, the predators engaged themselves in a stupendous maneuver. They gave us their mind! Do you hear me? The predators give us their mind which becomes our mind.” The Active Side of Infinity. Carlos Castaneda.

They gave us their mind

Carl Sagan in his Book The Dragons of Eden shows that at some time in the distant past the human cranium increased in volume by 33 percent. At the same time their were genetic modifications carried out

to the female pelvis to make way for babies born with bigger heads. “And god cursed Eve with painful childbirth. Gen 3 v16.

The acquired or ‘forced on us’ brain is the neocortex, a brain that is responsible for the development of human language, abstract thought, imagination, self consciousness and the seat of the ego I. In the words of Krishnamurti: “The me that is the mischief of the world.”

According to the scriptures, once human beings had an ego I,  god said,  “Now you have become as one of us knowing good and evil.” Gen 3 v22.

This implies that before we were genetically interfered with by this demon, we did not know good and evil. We lived the One Life where there is no separation, no us against them or me against you.

Castaneda called the implanted mind the “foreign installation.” He said this mind swings erratically back and forth like a manic pendulum with indecision as a fundamental trait, while the real essence  of our eternal spirit is a gentle wave form.  And, what we call our internal dialogue/prefrontal cortex, is the mind of the predator, the voice that chatters and never shuts up: the impostor consciousness that gives us our self-importance, our doubts, self-pity, self-justification, fears, obsessions, desires and projections. The only way we can get rid of the parasite mind is to become aware of it and to stop believing that is ourselves.

This  fact is beautifully summed up by Krishnamurti.

“I’m not mind. The mind thinks I’m the mind, the thoughts. Observing the mind separates the real you. The chattering stops when you observe the mind. Then you’re in your control and then mind is your slave. Problem is that we forget this often.”

Now a lot of ego’s will just laugh at the idea that their I is a foreign installation. After all, to sense bound consciousness the me is all there is. Me is the sum of our memories, our emotions, our battles, our wins, our losses, our ambitions and desires…this all makes up the personality of the I. And for some its a big stretch to believe that the ‘me’ is an imposter consciousness that has usurped our divinity and lives its life through us.

But is it that far fetched?

Dicrocoelium dendriticum (or the lancet liver fluke) is a parasitic flatworm. During the course of its remarkable life cycle it inhabits snails, ants and herbivorous mammals such as cattle. And although it is minuscule, it is capable of mind control.

The ego is never satisfied, I constantly wants and subsequently we are mind controlled by desire.

We just have to observe the voice in our heads to see its constant wanting… more money, more possessions, more power, more sex, more time off, more clothes, more shoes, more everything. Desire is the root of conflict and is responsible for the violence in the world.

Our thoughts are the voice

How many times have you laid in bed, trying to sleep but the mind won’t let you? It churns over and over, round and round the misery go round…. an anxiety repeating machine. You wish it would just shut up and let you sleep. Right?

But in the struggle to sleep is a recognition, and that is, that there are two occupants sharing the space of what we call our thinking. When we begin to observe the mind, the chatterer, we realize that mind is an illusion, an impostor consciousness, a fictitious self that just like the fluke and the ant has taken over the rule of our lives.

For the intellectual mindset, the statement ‘Cogito Ergo Sum – ‘I think therefore I am, is a given. It is a fact of life so encompassing that the whys and wherefores of the thinking process are rarely questioned. 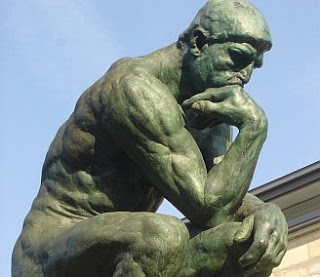 thoughts, sexual fantasies, and our actions and behaviour under stress. How many times have we said something hurtful to another and on reflection asked ourselves ‘Why did I say that? I don’t know what got into me.’

Perhaps now we will have an idea what causes all the conflict in self and consequently in our world which is a mirror of our thinking.

Getting to grips with the voice

If we are really serious about breaking the matrix within ourselves, we have to get grips with the voice, with the thinker.  Make it the servant and not the master. If we can do this then we will have access to the spiritual opportunity that is on offer at the end of a Grand Year…the evolution of the life waves.

“There is a difference between mind – the thinking I am – Cogito Ergo Sum and the awareness that comes when the voice that dictates the rules of the game is silenced. When we observe self, and others, we can see the well worn grooves of our mental programming, the machinations of the A.I that has usurped our multi-dimensionality and created a false paradigm, an illusion that we think is real.”Prisoners of the Voice. Post July 2016

Let me know what you think in the comments below.