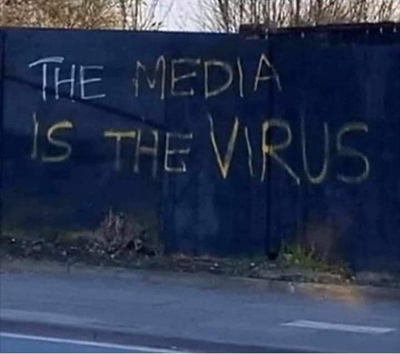 The Most Important Word in the World is Narrative

All you need is…

Let’s start with love. Which you would probably choose out of habit. What could be better?

But (that pesky bulldog buttells its own story) when you think about it, what do you mean by “love”?

Let me count the ways… 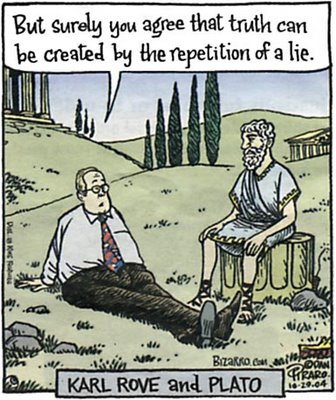 Second-hand language is a good culprit to target when asking the question, ‘What is Truth?’

We can pore over religious doctrine to figure it out, or get it in a flash: You can’t draw the face, or utter the name of God.

Instead, we make up stories.

How the world was made. How economies work. Why the sky isn’t blue anymore. What is blue?

I argued with a friend once for half an hour about whether the colors of our shirts were green or blue.

The truth? Prob’ly somewhere between.

Occupy veteran Charles Eisenstein heard a lot of stories in that movement and came to the conclusion that what we need, individually and together, is to find and explore the “space between stories.” That’s an inner inquiry and also a conversational opportunity, to pose questions and problems, and start walking in that field with each other.

And then things will click and we’ll ride off on a new story-carpet, belief system, mission statement, planned itinerary…

Which brings us to the minimalist version of the story, which goes something like, “This is all there is, and you can call it what you like.”

Which is not much of a story, so we start to embellish the picture with our own inventions, filling in the mosaic with patched-together fragments of all the speech we’ve ever heard, all the written words, floating around in a vast interior virtual language repository where the random association generator conspires to synchronize bon mots here and there, to spew out reassembled phrases like, “You go girl.”

And now Chairman Google wants to co-author my emails.

When it comes to political philosophy, the stories don armor and prepare for war….

Why did I have to bring that up? Wasn’t this supposed to be a light romance, a walk in the park?

Is it a rant, a polemic, a sketch of a manifesto?

What is the story of this story?

You see, it’s up for grabs… which means, we don’t have to buy into “The News.”

All news is #FakeNews, in the sense that it’s delivered second-hand, or worse, by corporate command.

What do we know? We weren’t there. If there even was a there.

Maybe it was all made up, like the infamous WMDs in Iraq that launched a perpetual war of terror against…

What was it “we” were fighting for?

And as Tonto said to the Lone Ranger while the arrows flew, “What do you mean, we, white man?”

Stories. Burn them at the stake. Or take them to bed with you. Have a conversation with one, someday.

Make sure you get to tell yours. Breathe past aversion and fear; past even hopes and brighter dreams.

Past the made-up story, to the one we ride in the making… we who crave free choice, surfing with the flow. We have practiced our scales, playing by rote; now we are called to improvise, creating new jazz in the moment. Finally, we sail free of even that intention…

Narratives are stories with a purpose

Narratives have purpose, programmed with intent. They are the infobots, media streams, billion-buck sound bites that hack into our brainwaves and occupy our worldview. If we turn bored from the TV screens and magazine racks, the needles of small device feeds activate, stirring the potion of perceived reality beneath our skin. The digital picture coalesces to apparent solidity under the reinforcing action of the collective feedback loop—likes upon likes, comments upon clicks—until the data set has a face, a voice, a manufactured history. All subject to randomizing humanesque simulatory massaging.

We can attribute the dominant narratives to those blowing the herald horns, the messengers who tell them the tale, and the masters who pay the messengers. String ‘em up or pad their pensions, as you like.

But who are “they”? The narratives are muddled by networks of governmental, corporate, academic, military, and industry affiliation, across decades and even centuries. We can say it’s Trump or the DNC, the Sun King, the Rockefellers, the Red Shields, Al-Qaida or the CIA… or that all of the foregoing were working for the same astral syndicate. (My bet’s on the last ticket—but hey, I only get one vote.)

On narrative, Caitlin Johnstone joins Charles Eisenstein as contemporary writers blowing the whistle on unexamined, received narratives. Where are they coming from, and for whose benefit?

Dominant narratives selecting for war and violence are not benefitting anyone but those reaping power and wealth from it—and those on their dole, down the chain of command. Names could be traced, but if they all (we all?) are found war criminals, the entire edifice of complicity goes down with them: dragged by the crocodile-teeth of truth into the guilt lagoon.

Is there any hope for us apolitical peasants, hoeing the row we’ve been given? We defer to the legal teams with their scope to deal and deliver, and turn, pausing at our simple tools, to tell each other what really happened, to you or me, and our kind.

No time to waste—we’re in dire need of a waking-spell from our sleep of manufactured narrative. To cut loose the fake-dream-spinners who have harnessed our souls to their diversions, milked our bodies and souls for each erg of effort for their benefit… which we are content to believe is ours.

While so many die, brutalized… This is the kind of planet we maintain?

Take pause, and weep for the children. In the silence, settle in all of that, and more. Thank gods and goddess, there is always more.

But a whole universe of plunder? Is that our nature, our total fate? Or just a sad story we will learn from, a nightmare to smudge away? 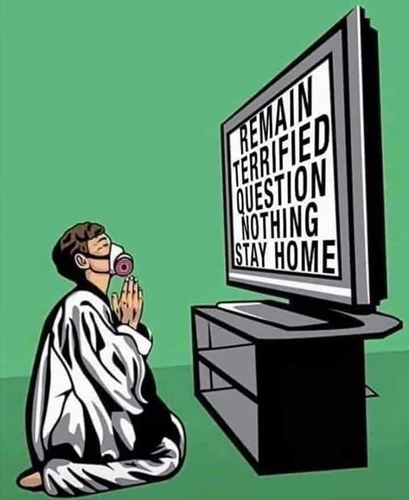 In other news, the Government announced the deletion of the letter Qfrom the Modified Authoritative Dictionary (MAD). Linked conclusively with Dissent under the populist banner “Questioning,” the letter will no longer pose a threat to pre-emptive Answers given by the Central Information Authority.

The erstwhile letter Q will be replaced in all archival texts with the tracking symbol qx. Any persons, real or virtual, encountering the new symbol during search activity will be monitored in real time by the Central Information Authority database. Linguistic scrubs will be performed on such persons via their next Panstemic Uptake.

Q Deniers, having elevated status as per Directive SH-iteration9, will be apportioned total assets of any terrorists tagged Q-positive with threat profile ranking at percentile 14 or above.

In a symbolic move met with jovial applause from the Press eCorps, the Government SpokesBot (SBTM) ended the briefing with an unceremonious adieu to the hoary tradition of the Q & A, declaring “so-called ‘questions’ unworthy even of the dustbin we call history.”

Nowick Gray writes from Salt Spring Island, BC. His books of genre-bending fiction and creative nonfiction explore the borders of nature and civilization, imagination and reality, choice and manifestation. Connect at NowickGray.com to read more. A regular contributor to The New Agora, Nowick also offers perspectives and resources on alternative culture and African drumming,and helps other writers as a freelance copyeditor at HyperEdits.com.