The Rise of the Cyborgian Consumer 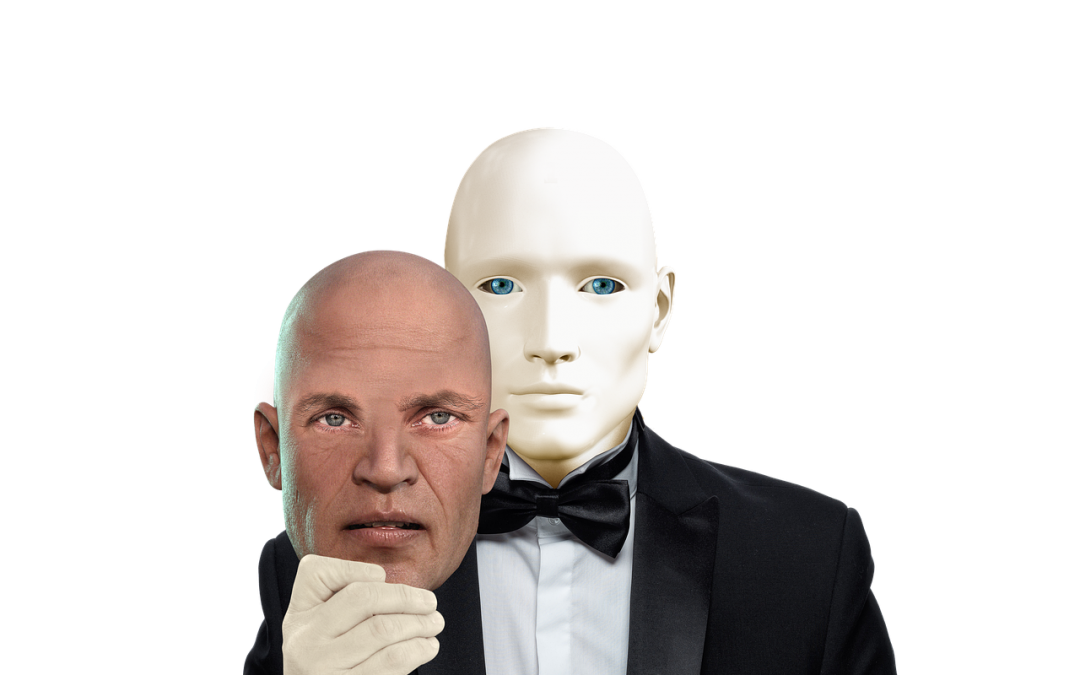 The Rise of the Cyborgian Consumer

The Rise of the Cyborgian Consumer by Guest Writer Mick Garnett

“You don’t take over the world with gaudy displays of violence. Real control is surgical, and invisible.” John Greer – Person of Interest, Season 4, Episode: YHVH

The Posthuman (or Transhuman) Movement was formally established in California in the early 1980s. A central figure within the movement, Nick Bostrom, declared that Posthumanism holds to the belief that human nature is an improvable structure, and all its capacities can be enhanced through the use of ‘applied science’. The proposition is that human beings should use technology to transcend the limits of body and mind. Posthumanists do not see humanity as isolated physical entities but as distributed processes within a system. ‘THE BODY IS OBSOLETE’ is their battle cry, but the Posthuman seems to be defined by a lack of definition. Stephen Brown, the doyen of marketing and interpretive consumer research, introduced the term apophasis. This is a curious choice of word, as it is a theological term which refers to knowing God through negation, or what God is not. Apophasis is from the ancient Greek, meaning to deny or negate. The problem seems to be that we can happily describe what a human being does or performs, but there is a difficulty when it comes to describing what a human being is. This lays bare the profound incapacity of language to penetrate into the very essence of things. In other words, to fully express Being (I bet humpback whales don’t have this problem).

I Consume, Therefore I Am

To the Posthumanist technocrats, ‘natural man’ is a failed project that desperately needs to be improved upon. But before this can happen radical changes need to be made to our current conceptions of what it means to be human. Traditional accounts of the state of being human are based upon Cartesian worldviews, which regard external reality as objectively recordable and expressed primarily through mathematical laws. People, as physically isolated thinking mammals, are viewed as necessary consumers within a society that is imagined to be ever abundant and fruitful. This is the Gaia of Classical thought, an ever-producing cornucopia of unquenchable life. Consuming this bounty is our essential function, and God-given right. Not only that, but the mind, or disembodied consciousness, is now theorized to be nothing more than an information processor. This data collecting ‘machine’, being rational and scientific, is external to the fixed social reality which it continually observes and records. Posthumanism, conversely, puts the emphasis on socio-cultural and technological contexts, and the individual consciousnesses are but processes within this contextual framework. These are socially constructed “hybrid marketplace matrices” using a variety of social, economic and technological systems to control and manoeuvre the population through their insatiable desire to consume. The boundary between the individual and society is seen as being porous and amorphous. Reality becomes protean, as nothing is stable, and it becomes difficult to draw a clear line between the human, the animal and the machine. This is viewed as a natural societal progression, the next phase of an ever-evolving humanity.

“I would rather be a cyborg than a goddess” Donna J. Haraway

The rational consumer is now replaced by a bio-technological symbiont, or cyborg. As the “proto-typical posthumanist consumer”, the cyborg is seen as the most popular manifestation of the posthuman. This image contains a dichotomy, though, as it is both liberatory and oppressive. The hope is that it can liberate mankind from organic failures, such as ageing and disease, yet contains the fear of a powerful hierarchical elite of technologized bio-machines lording it over the general unmodified masses. Yet, the cyborg is a hybrid, a bio-technological chimera, and cannot exist without social, economic and technological systems. It is fundamentally a process (or even a product) rather than a Being, a verb rather than a noun. It has lost its essential individuality and become subsumed in the process itself. A cyborg is a Golem by any other name. The Golem is one of the oldest legends of artificial creation, barring Hermetic tales of Egyptian magic instilling stone statues with the consciousness of their gods or neters. Similarly, through the power of Jewish cabbalism, a model of stone or metal could be infused with life (the root of the word golem is golmi, meaning ‘unformed limbs’). The modern attempt to create consciousness within digital constructs is no different. Ironically, Descartes himself was fascinated by the automaton, comparing it favourably with the human body. In the late 1980s Hans Moravec, a faculty member of the Robotics Institute of Carnegie Mellon University, proposed that human identity is essentially an informational pattern. He suggested that this proposition can be demonstrated by downloading human consciousness into a computer, thus proving that machines can become human. He believed that robots will evolve into a new series of artificial species, starting around 2030 – 2040. Almost 30 years later, a large percent of human communication is mediated by a technology that has become so entwined with the creation of identity that it can no longer be meaningfully separated from the human subject. In other words, we are in the initial stages of becoming cyborgs. We may not be physically augmented by technology, but we are beginning to think in the same manner as machines, or the algorithms that run them. The more we use computers, and spend our valuable time prowling around the internet, the more we embody becoming Posthuman. We are already well on the way to becoming cyborg.

In 1948, the mathematician Norbert Weiner published a book entitled ‘Cybernetics: control and communication in the animal and machine’. Here he proposed it was possible to telegraph a human being, imagining that the body can be dematerialised into an informational pattern and rematerialised at a different location. More recently, molecular biology treats information as the essential code the body expresses, what we know as DNA. This is termed the ‘impossible inversion’, where information becomes primary and materiality secondary. During our present cultural moment the belief is that information can circulate unchanged among different material substrates. “Beam me up, Scotty” has become a cultural icon for the global information age. Information has now come to be conceptualised as an entity in itself, existing separately from the material forms in which it is thought to be embedded. As such, information can be considered the thoughts of the machine and a biological body is seen as an accident of history rather than an inevitable consequence of material life. In his book ‘The Order of Things’ (1973), the philosopher Michel Foucault suggested that “man” is no more than a historical construct whose era is about to end. The Posthuman view considers consciousness as an epiphenomenon, an evolutionary by-product or secondary effect. The physical body is considered as the original prosthesis we, as a species, learned to manipulate. Extending or replacing the biological body with artificial prostheses is therefore a continuation of an evolutionary process. This view, in turn, configures the human being to be seamlessly articulated with intelligent machines. In the Posthuman world there is no essential demarcation between bodily existence and computer simulation, cybernetic mechanism and biological organism. Posthumanism does away with the ‘natural self’, rejecting the arguments that the social philosophers Hobbes and Locke constructed about humans being originally in a ‘state of nature’, and therefore owing nothing to society, as that was an after-effect. Instead, the Posthuman is an amalgamation of diverse components, a material-information entity whose boundaries undergo continuous construction and reconstruction.

Chaos out of Order?

Indeed, the situation just described seems to contradict the oft touted phrase of the elite: Ordo Ab Chao, or order out of chaos. The beliefs of the Posthumanists appear to reverse the above declaration. Instead of an ordered reality complete with clearly defined boundaries and roles for the inhabitants of society, they appear to offer an amalgamated mass of ever-changing variables that resemble the protean, but infinitely fecund, primal Chaos that preceded the manifestation of this physical universe. Is it the intentional creation of a universal Chaos (alchemically merging mineral with vegetable, namely silicon with carbon) from which a new level of Order can be produced?

Addendum: it struck me that post-human is nearly posthumous, and thus denoting the death-knell of the natural human being.