The Sacred Geometry of Unity Consciousness 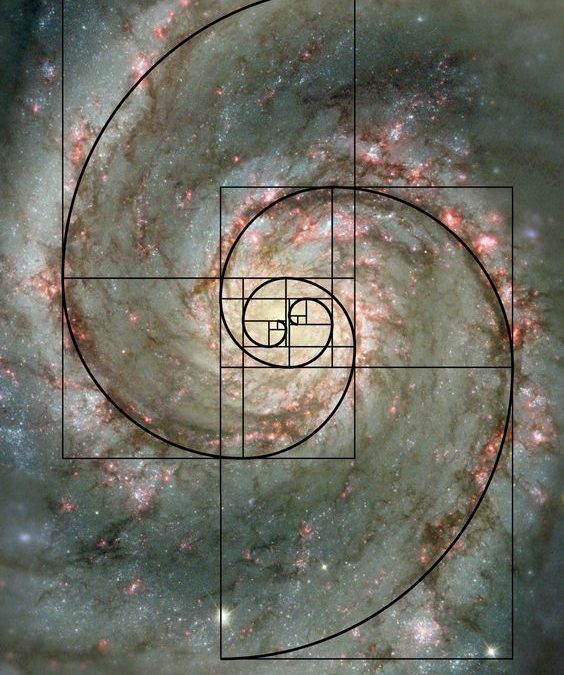 “Learn how to see. Realize that everything connects to everything else.” — Leonardo Da Vinci

Most often when the term ‘four dimensions of geometry’ is mentioned, people generally assume the subject is about the mapping of a place in coordinates.

A coordinate in three-dimensional space is a point of intersection of three lines by way of three directions, or three dimensions. One line goes up and down, another goes forward and backward, and the third goes across, left and right. The lines can also be imagined as planes intersecting in the same manner, as pictured.

Each of the four dimensions are based on contrasts or polarities. There is up/down, left/right, and forward/backward in the spatial dimensions, and there is fundamental polarity in the alignment of the lines or planes of those dimensions.

​​Conceptualizing timelessness within physical orientation is difficult for the linear mind, for timelessness is metaphysical. Tibetan Buddhist concepts specifically refer to four aspects of time; past, present, future, and timelessness. At the same time, the comprehension of timelessness is related to quantum physics, which holds that we supersede the limitations of basic cause and effect of space time; that consciousness rules space as well as time, instead of space and time confining and determining all.

One way to begin to imagine the concept of timelessness is through consideration of the Chakra system. The Chakras are sometimes associated with organs and glands, and are said to spin clockwise and be stacked in a certain physical layering, but Chakras are not fixed in time, nor space. As energetic portals, the Chakra system exists in a way that is beyond three dimensional placement and time restriction, in an amorphous condition in the space of timelessness. When biological position is used to relate ideas in the Chakra system, it pertains to symbolic aspects of the Chakras.

“Time is the following; that being which in as much as it is, is not, and in as much as it is not, is. It is intuited becoming.” — Wilhelm Hegel (*The accuracy of the source of this quote is questionable, however the idea itself is splendid enough to be worth mention.) 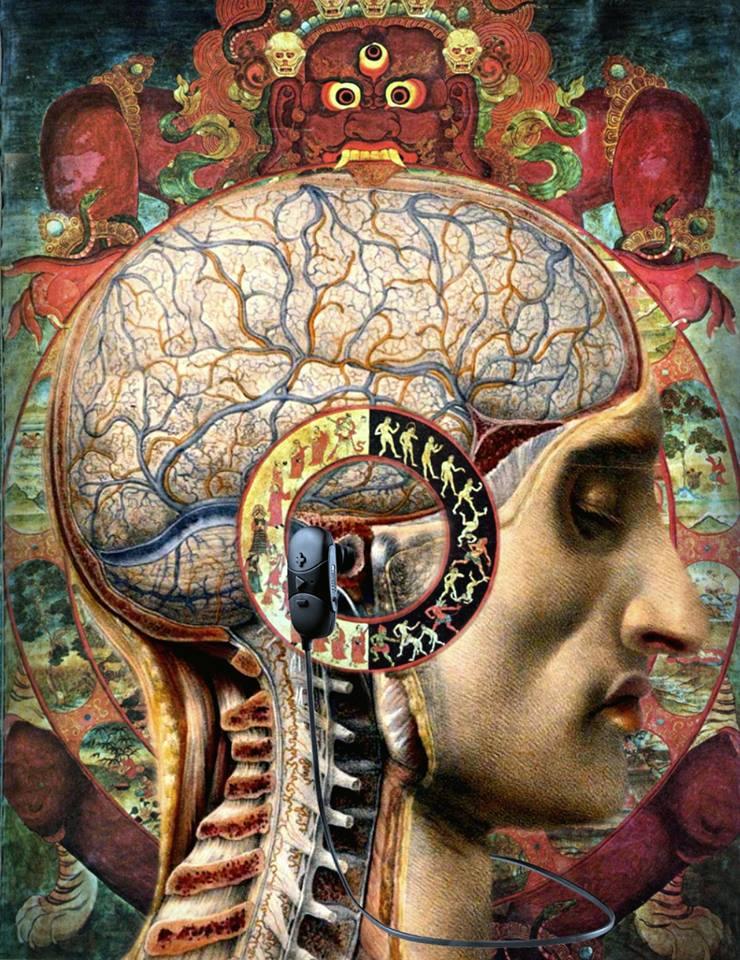 Metaphysics is based on integration rather than compartmentalization. Quantum consciousness and the meditative mind state operate in this same manner, going beyond the obvious dimension of placement. Quantum physics suggests there are perhaps connections through the temporal structure that supersede the spatial, and further aspects of consciousness that supersede the temporal structure as well the temporal. A major part of quantum physics contains the uncanny idea that what we commonly understand as being insubstantial and intangible is actually more substantial to our existence than what we perceive as substantial and tangible.

This dynamic, this consciousness potential, may have been known as a Siddhi among yogis. A sanskrit noun that essentially means “attainment” or “realization”, a Siddhi is best understood as quantum consciousness cultivated through meditation. However gaining Siddhis is not the point of meditation, and further, it is said that if gaining Siddhis is your focus in meditation then they will not become. Siddhis are side effects of meditation practice toward gaining enlightenment such as enhanced intuitive awareness.

Meditation practice of whatever sort assists gaining clarity. The more clear we are the more easily we realize everything is connected in a manner more substantial than the material, in a way resembling unity expansion and totality. The less muddied our perception the more we are able to visualize, perceive and act unhindered. The more refined our comprehension, the more sensitive our perception the more easily we note that the origins of entirety is light and energy, and unify with that energy. The more we raise our spirit the more capable we become of moving past spatial and temporal limitations in a timeless manner, exemplified by eliminating negative patterns and enhancing intuition, for instance.

The Four Worlds of The Kabbalah

As our senses and sensibility become more refined, the more real and substantial the immaterial becomes and the less important the material world becomes. This idea is at the core of The Four Worlds of The Kabbalah, and the corresponding ten Sephirots (divine attributes) of the Tree of Life. The Four Worlds of the Kabbalah are sometimes known as Emanation, Creation, Formation, and Fabrication. We exist in the world of fabrication, the material. The Four Worlds and the ten attributes of the Sephirots contain numerous lessons of great depth, and at the basis or core of The Tree of Life of Kabbalah is The Four Worlds.

One way to comprehend the concept is to break down the etymology of the word “Kabbalah”, by noting the two major words it comprises: kabb or kaba is Hebrew for cube, and alah or Allah is God. Literally, it describes the cube of God, with The Tree of Life expressed through its four dimensions.

Our world of material existence, the world of Fabrication, begins in the spiritual world of Emanation and the energy moves through the other worlds before manifesting here. The world of Emanation is the spiritual void and from it the other worlds originate. Creation originates from the most subtle world of Emanation, Formation comes from Creation, and the material world of Fabrication comes from Creation. Each of the Four Worlds is correlated to symbols of elements, geometric dimensions, Tarot suits, and human attributes, all of which represent a Matrix of Four. Each contains masculine and feminine potentials, but each tends to embody one or the other more so.
​

Our physical senses only note a small portion of the known physical world. What we do not notice, we frequently assume to be nonexistent even though there is much more going on than we are able sense. It is only natural to initially assume there is nothing more, but it is juvenile to maintain this perception. According to The Four Worlds concept of The Kabbalah, it is the spiritual world of Emanation that is more substantial and more real, and from which all begins. It is there that subtle energy originates, on which all else is dependent. And most people are restricted from sensing this due to the limitations of our material being. When these limitations are unconceived, the corresponding lacking clarity is only increased, and our perception and potential becomes limited. Only through gaining clarity do we develop sensitivity to the roots of reality.

The situations of the material realm of Fabrication originate in the spiritual realm of Emanation; the world of timelessness, the void, the divine light. The material reality begins as spiritual energy and traverses through the other worlds of Creation and Formation before being noted by our physical senses. So despite our basic notions of material and immaterial, The Four Worlds puts forth the idea that what we perceive as the immaterial is more substantial, more primal, and more significant than what we perceive as material. When the spiritual worlds are understood the material world becomes elementary to the point of predictability. 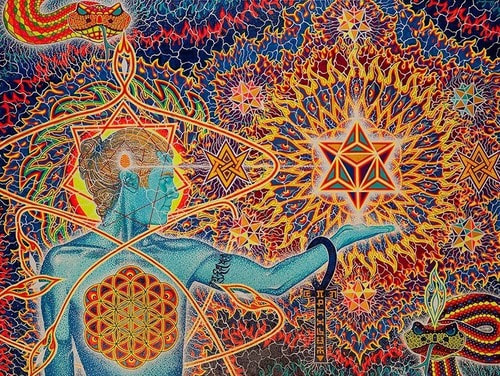 Tara and the Tarot

The Four Worlds of The Kabbalah and ten attributes of The Tree of Life reflect and are related to the Tarot cards of four suits, each with ten numbered cards. The relations may be simply in their shared metaphysics, but it’s likely more tethered. Metaphysics seeks to find the connections beyond space time and the humanity beyond culture or nation. And so it is really no wonder that metaphysics in relation to such subtle energy is as intricately related as The Kabbalah and Tarot seem to be.

The Tarot cards are mostly known for their use as a tool to intuit information through the cards and consciousness. Card readings pierce space time so to speak, to view timelessness and thereby make predictions or readings based on the energy of the cards. Yet the Tarot and Kabbalah are mainly about measuring energy and communicating/interpreting the energies and life lessons. The depth of the Tarot and the Kabbalah is potentially limitless, and yet there are profound primal lessons which maintain their profundity and applicability no matter how many other concepts one learns.

The Tarot is made up of 78 cards. The Major Arcana comprises 22 cards, numbered 0 through 21. The Minor Arcana comprises four types or suits; swords, wands, pentacles and cups. There are 14 cards in each of the four suits of the Minor Arcana, 56 in total.
The Tarot cards are said to access the divine feminine energy, the Universal Yin energy, the timeless Akashic, enabling us to contemplate, intuit, and comprehend the spiritual and more subtle worlds so as to more accurately comprehend the material world.

The divine feminine energy is specifically represented in Tibetan Buddhism by the Goddess Tara. A deity common to Buddhism and Hinduism, Tara is most known for her form as Green Tara however there are 21 colors of Tara, akin to the 21 numbered cards of The Major Arcana of the Tarot. (In Vedic concepts 21 symbolizes the human form, 20 for each digit, our fingers and toes, and 1 for self.)

The Geometry of Energy: How to Meditate explores meditation and meditative energies through the sacred dimensions of geometry. Simple and profound, it is an empowering four-step meditation designed to lead to individuation, self-development, and an enhanced understanding of energy and vibration.

Useful to meditation newcomers and longtime practitioners alike, ‘The Geometry of Energy’ provides insights into a variety of meditative processes for psychological and spiritual cleansing and enhancement.

Activist, author and Tai Chi teacher Ethan Indigo Smith was born on a farm in Maine and lived in Manhattan for a number of years before migrating west to California. Guided by a keen sense of integrity and humanity, Ethan’s work is both deeply connected and extremely insightful, blending philosophy, politics, activism, spirituality, meditation and a unique sense of humour. His publications include:

For more information, visit Ethan on Facebook and check out Ethan’s author page on Amazon.

You can connect with Ethan on Facebook, check out his author page on Amazon, or visit his new websites, Geometry Of Energy and Meditation 108, where Ethan offers lessons on individuation, meditation, the conceptualization of energy, and the metaphysical significance of 108.