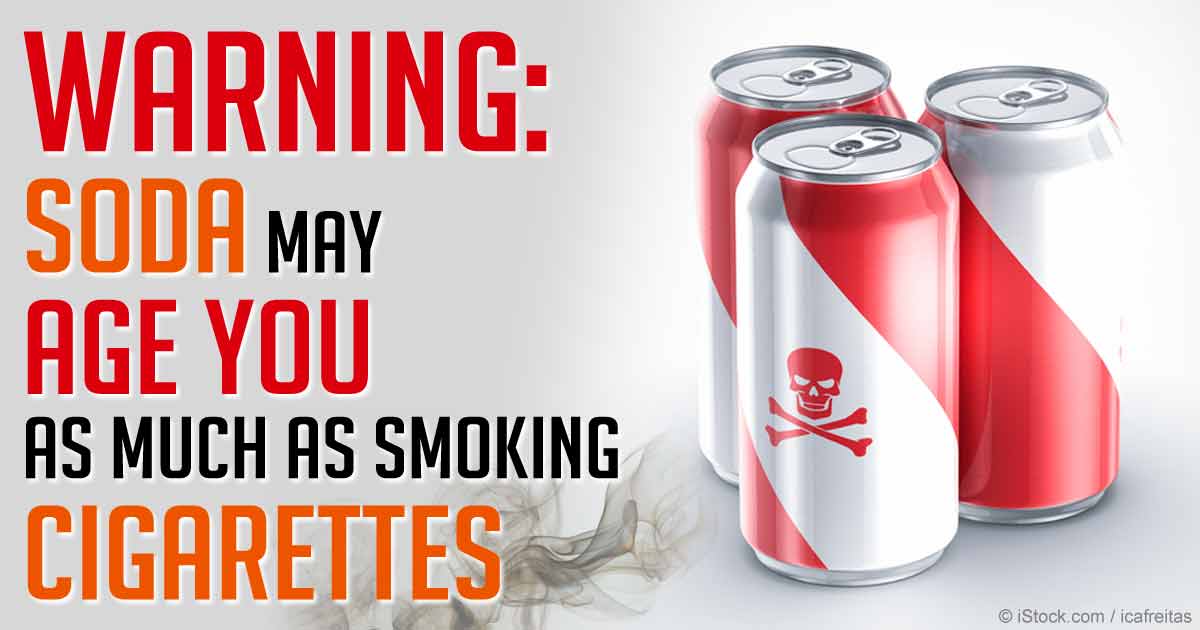 A number of common chemicals are potent endocrine disruptors, meaning, they disrupt your hormone function. Endocrine disrupting chemicals (EDCs) are similar in structure to your natural sex hormones, such as estrogen.

These chemicals can potentially interfere with normal physiology, even in extremely small amounts. Your endocrine glands regulate vital physiological processes such as metabolism, reproduction, growth, and development.

A hormone’s job is to help regulate your cell’s function, sending signals that instruct them to perform certain tasks, but EDCs interfere with proper hormone signaling.

Endocrine disrupting chemicals, such as bisphenol-A (BPA), can mimic your natural hormones, tricking your body into increasing or decreasing hormone production or blocking hormone signals by binding to cell receptors. Therefore, compounds that interfere with these vital processes can produce profound effects.

Bisphenol-A (BPA) is one well-known endocrine disruptor, and according to recent research, a chain of events that occur probably millions of times each day across the US actually maximizes the harm done by these chemicals. As reported by Time Magazine:[1]

“According to a new study[2]… people who used hand sanitizer, touched a cash register receipt and then ate French fries were quickly exposed to high levels of bisphenol A (BPA), a chemical widely used to coat receipt paper.” [Emphasis mine]

All of these things: triclosan (the active ingredient in many hand sanitizers), bisphenols (both BPA and BPS), and vegetable oils are harmful to your health in isolation.

The featured research now shows that when combined, you create a situation in which your body absorbs the greatest amounts of toxin possible… First of all, absorption of BPA via your skin promotes higher levels of biologically active BPA in your body, compared to ingesting it via contaminated food.

“When scientists added in two other factors—scrubbing hands with hand sanitizer and eating greasy food—the evidence points to a super-sized dose of BPA,” Time Magazine notes.

’The chemicals used to make hand sanitizers, soaps, lotions, and sunscreen degrade the skin’s ability to act as a barrier and so act as skin penetration enhancers,’ says [study author] vom Saal.

So BPA enters the body more efficiently than it would otherwise. Food grease and other oils can act similarly because BPA itself is fat-soluble…”

Remarkably, absorption of BPA occurred in people holding a receipt for as little as TWO SECONDS! According to the author of the study, the amounts of BPA absorption found in his research “are in a zone where effects associated with obesity, diabetes, and neurological effects can result.”

Past research also suggests caution is warranted when handling receipts, even if you only hold them long enough to put them in your wallet. A 2010 study in Analytical and Bioanalytical Chemistry[3] found that of 13 thermal printing papers analyzed, 11 contained BPA.

In that study, holding the paper for five seconds was enough to transfer BPA to a person’s skin, and the amount of BPA transferred increased by about 10 times if their fingers were wet or greasy (such as if you’ve just applied lotion or eaten greasy food).

So far, laws have been passed in a dozen US states banning BPA from a variety of products, primarily products intended for children, such as baby bottles and sippy cups. Connecticut is the only state that has banned BPA in cash receipts.

Another hazard associated with fast food relates to the packaging used. While American manufacturers have ceased using perchlorate and perfluorocarboxylates (PFCs) in non-stick food wrappers and take-out boxes, many restaurants are using imported boxes and wrappers.

These may still contain these hazardous chemicals. Research has shown that PFC’s can cause:[4][5]

For more information on the studies linking PFCs with various health problems, please review the Environmental Working Groups extensive report[6] on this topic.

In response to concerns that PFCs are still reaching consumers via imported fast food packaging, a petition created by consumer and health groups was recently filed[7] with the Food and Drug Administration (FDA), requesting the agency pass regulations to “close this loophole and clearly ban the chemicals in food production.”

Soda Ages You as Much as Smoking, Researchers Claim

In related news, research published in the American Journal of Public Health[8] claims that drinking soda on a daily basis ages your immune cells to a degree similar to that of a daily smoking habit. To reach this conclusion, the researchers studied the effect of sugary sodas on human telomeres.

Every cell in your body contains a nucleus, and inside the nucleus are the chromosomes that contain your genes. The chromosome is made up of two “arms,” and each arm contains a single molecule DNA. A typical DNA molecule is about 100 million bases long. It’s curled up like a slinky, extending from one end of the chromosome to the other.

At the very tip of each arm of the chromosome is where you’ll find the telomere. Your telomeres shorten with time because they cannot replicate completely each time the cell divides. Hence, as you get older, your telomeres get shorter and shorter. As noted by Time Magazine:[9]

“Shorter telomeres have been linked to health detriments like shorter lifespans and more stress, cardiovascular disease, diabetes and cancer…  [Study author Elissa Epel, PhD] and her team analyzed data from 5,309 adults in the National Health and Nutrition Examination Survey (NHANES) from about 14 years ago.

They found that people who drank more sugary soda tended to have shorter telomeres. Drinking an 8-ounce daily serving of soda corresponded to 1.9 years of additional aging, and drinking a daily 20-ounce serving was linked to 4.6 more years of aging.

The latter, the authors point out, is exactly the same association found between telomere length and smoking… ‘The extremely high dose of sugar that we can put into our body within seconds by drinking sugared beverages is uniquely toxic to metabolism,’ she says.”

The Not-So-Sweet Truth About Artificial Sweeteners

Another toxic hazard inherent with processed foods is artificial sweeteners,[10] which I’ve discussed in many previous articles. Most recently, a study published in the journalNature[11]  concluded that artificial sweeteners induce glucose intolerance by altering the microbial balance in your gut. This in turn raises your risk for diabetes. Other studies have found similar results, raising serious questions about the wisdom of recommending artificial sweeteners for diabetics.

One 2012 study published in PLOS One[12] found that chronic lifetime exposure toaspartame, commencing in utero, produces changes in blood glucose parameters in mice. The researchers used a dosage of aspartame that approximates the allowable daily intake (ADI) for aspartame in the US (approx. 50 mg/kg body weight). Not only was aspartame found to decrease insulin sensitivity compared to controls, it also wrought havoc on brain function.

As I’ve mentioned on countless occasions, optimizing your insulin sensitivity is key for optimal health, as insulin resistance is a hallmark of virtually every chronic disease you can think of, but especially type 2 diabetes. Now, contrary to popular belief, aspartame is being revealed as a substance that actually decreases or worsens insulin sensitivity, which is the complete opposite of what you want—especially if you’re already pre-diabetic or diabetic!

Male mice fed aspartame also experienced significantly higher weight gain compared to the control group, whereas female weight gain was unaffected by the aspartame diet compared to controls. Still, deposits of visceral fat—those dangerous fat deposits around internal organs, which are associated with an increased risk of heart disease in humans—increased in aspartame-fed mice of both sexes. Aspartame-fed mice of both sexes also had elevated fasting blood glucose levels compared to non-consumers of aspartame. Another study published in 2007 in the journal Diabetes Care[13] reported similar results.

The fact that aspartame can alter your microbial balance has also been demonstrated in previous studies. One such study published in the journal Clinical and Experimental Rheumatology[14] revealed a potential link between aspartame and irritable bowel syndrome (IBS). Sucralose (Splenda), which is associated with many of the same adverse effects as aspartame, has also been found to decimate your gut flora. In fact, research published in the Journal of Toxicology and Environmental Health[15] in 2008 found that Splenda reduces the amount of good bacteria in your intestines by 50 percent!

Born and raised in the inner city of Chicago, IL, Dr. Joseph Mercola is an osteopathic physician trained in both traditional and natural medicine. Board-certified in family medicine, Dr. Mercola served as the chairman of the family medicine department at St. Alexius Medical Center for five years, and in 2012 was granted fellowship status by the American College of Nutrition (ACN).

While in practice in the late 80s, Dr. Mercola realized the drugs he was prescribing to chronically ill patients were not working. By the early 90s, he began exploring the world of natural medicine, and soon changed the way he practiced medicine.

In 1997 Dr. Mercola founded www.Mercola.com, which is now routinely among the top 10 health sites on the internet. His passion is to transform the traditional medical paradigm in the United States. “The existing medical establishment is responsible for killing and permanently injuring millions of Americans… You want practical health solutions without the hype, and that’s what I offer.”