The Three-fold Metamorphosis of the Human Spirit 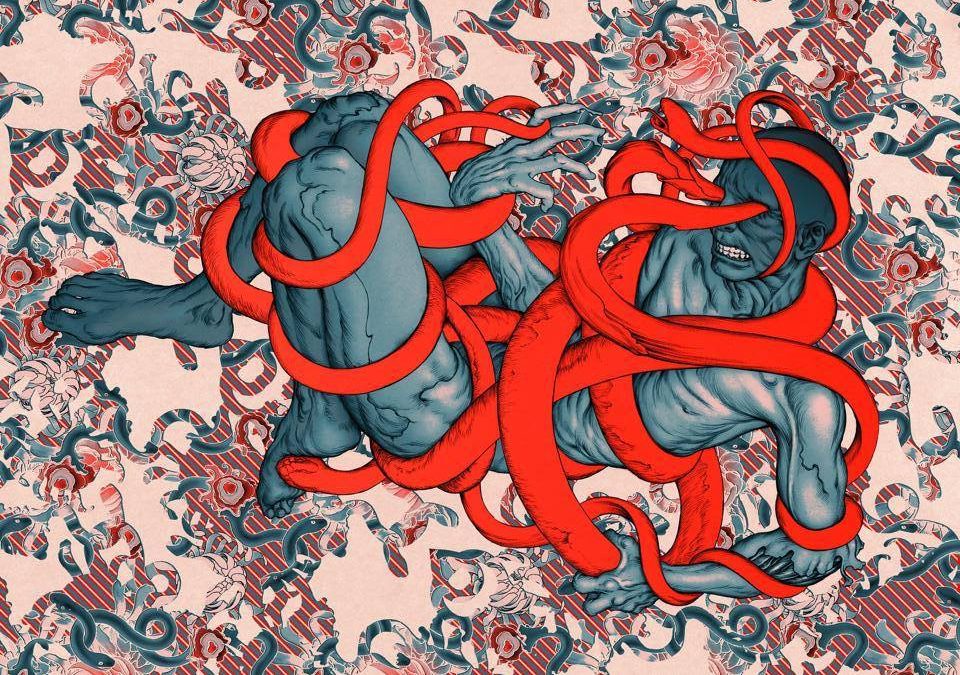 The Three-fold Metamorphosis of the Human Spirit

“Yes, a sacred Yes is needed, my brothers, a new beginning, a self-propelling wheel, a first motion, for the sport of creation: the spirit now wills its own will, the spirit sundered from the world now wins its own world.” ~Nietzsche

The metamorphosis of the spirit is a Nietzschean overcoming. It’s a Dionysian upheaval. It’s a Sisyphean undertaking. It is not for the faint of heart, the weak of mind, the contented in spirit, or those who cling to outdated traditions or preserve makeshift gods to placate their own death anxiety.

It is not for those who wish to remain unquestioning cogs in the cultural clockwork or for those who wish to remain safe, comfortable, and secure members of the herdlike status quo. The metamorphosis of the soul is where the herd instinct goes to die. Where the death of the superego (codependent sheep) gives birth to the death of the ego (independent lion) which gives birth to the continual rebirth of the soul (interdependent phoenix).

“As human beings, we are hardwired to seek the approval of those around us. Yet a radical and transformative thought goes nowhere without the willingness to challenge convention.” ~Malcolm Gladwell

In order for the first metamorphosis of the spirit to occur (from sheep to lion) there must be a courageous No! rather than an ignorant Yes. There must be an inquisitive response rather than a blind acceptance, both toward the self and toward the system which surrounds the self. This questioning must be ruthless, interrogating, and audacious. Otherwise, the self will cling to its conditioning. It must be despite authority and the way you think things are. Because the way you think things are is precisely what must die before you can realize that a leap of courage out of faith is the only way to transform yourself from a codependent sheep into an independent lion.

Therefore, first metamorphosis is awareness. When the sheep becomes aware enough to question the herd, and his own herd instinct, then a cocoon begins to form. A cocoon of the soul. The end of the beginning is at hand. Everything the sheep thought he knew dissolves into sticky puddles of brainwash, cultural conditioning, religious indoctrination, and political propaganda. The annihilation of the superego begins. It simmers. It cooks. It transforms into a fine resilience. Courage burgeons and blossoms into an independent force of nature to be reckoned with—the mighty lion.

“The price of self-destiny is never cheap, and in certain situations it is unthinkable. But to achieve the marvelous, it is precisely the unthinkable that must be thought.” ~Tom Robbins

An independent lion is an unstuck wheel, a forward motion, a proactive force of nature. Capable of profound leaps of courage, the lion has the nerve to stretch his own comfort zone and the wherewithal to adapt and overcome. He has the audacity to question all authority but runs the risk of getting stuck within his own pride. His fierce independence gives rise to a mighty ego which is the tip of the spear leading him into his own hero’s journey. But this spear is double edged, for there is always a fine line between courage and stupidity. The lion has the nerve to toe this line.

In order for the second metamorphosis of the human spirit to occur (from lion to phoenix), there must be a sacred Yes! to the interconnected cosmos. There must be an emergence rather than a divergence, a self-as-cosmos and cosmos-as-self coalescence. This emergence must be a force of nature first and a lion second. Otherwise, the lion will cling to its independence.

Therefore, the second metamorphosis is ego death. It’s shattered cognitive dissonance. It’s a falling apart. When the lion becomes aware that there is no permanence, the death of his ego tosses him into the abyss. The beginning of the end is at hand. No cocoons here. The long Dark Night of the Soul befalls him, crushing his courage with nihilism, smashing his resilience with meaninglessness, forcing him to stare into the blank face of his own death.

It will take every ounce of courage, every ounce of robustness, to collect himself and rebuild his ego on the climb out of the abyss. And it will hurt. Oh, how it will hurt, this ego-merging-with-soul. Like slow sandpaper over a long blister. But if he can stitch the bits of scattered ego together with soul and melt down the shards of cognitive dissonance with a self-overcoming nature, then wisdom and providence will be as a mighty rope leading him out of the abyss and into a new dawn where the all-encompassing interdependence of the phoenix perpetually rises.

“Now I am nimble, now I fly, now I see myself under myself, now a god dances within me.” ~Nietzsche

An interdependent phoenix is a perpetual wheel, an infinite motion, an interactive force, a mighty self-overcoming. Capable of holistic oversight gained from a bird’s-eye-view perspective of the big picture, the phoenix can see how everything is connected to everything else. He realizes that the self is nothing more than masks all the way down perceiving delusions all the way up. And so he plays with both masks and delusions. Like a child plays with toys—non-serious, detached, and with a sense of humor that laughs at all things. Especially cocoons, annihilation, ego-deaths, abysses, dark nights of the soul, and God.

All that needs to happen for the third metamorphosis to take place is for the phoenix to destroy the first mask and discard the first delusion he entertained himself with. Then the real game of life begins.

The third metamorphosis is perpetual self-overcoming, a constant life-death-rebirth process. The self becomes cosmic and soul-centric as opposed to egocentric (lion) or sycophantic (sheep). A provident interdependence overcomes the current self who uses the hot ashes of the old self and turns itself into new ashes wherein the new self emerges.

The third metamorphosis is a constant burning down into, and a rising out of, ashes. Here, self-is-God and God-is-self. Deicide and the creation of new gods is just as much second nature as ego-death and rebirth. The phoenix can only tolerate a God that dances—between rebirth and redeath, between fire and ashes, between mortality and immortality. Current God eats old God to become food for the new God. So it goes.

In the end (beginning), the phoenix is both summit and abyss united as one, burning through codependence and independence in order to become antifragile, self-overcoming, and interdependent. What comes after the phoenix? Another phoenix. And no Phoenix knows. But at least he is aware that he knows that he does not know the infinity inside him. As Leibniz profoundly stated, “At every moment there is in us an infinity of perceptions, unaccompanied by awareness or reflection; that is, of alterations in the soul itself, of which we are unaware because the impressions are either too minute or too numerous.” 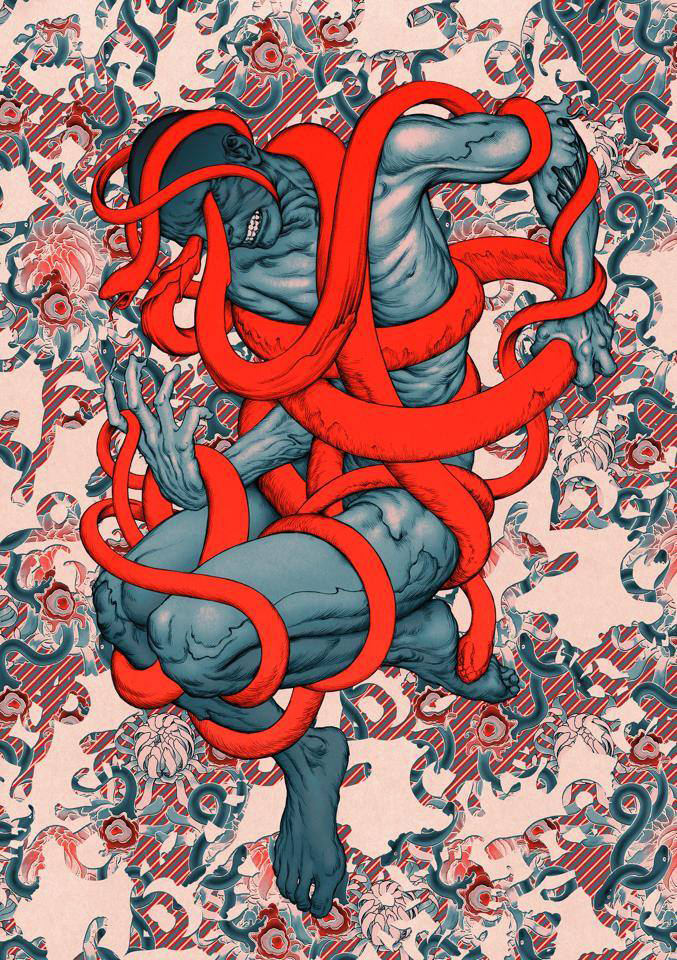 This article (The Three-fold metamorphosis of the Human Spirit) was originally created and published by Self-inflicted Philosophy and is printed here under a Creative Commons license with attribution to Gary Z McGee and self-inflictedphilosophy.com. It may be re-posted freely with proper attribution, author bio, and this statement of copyright.