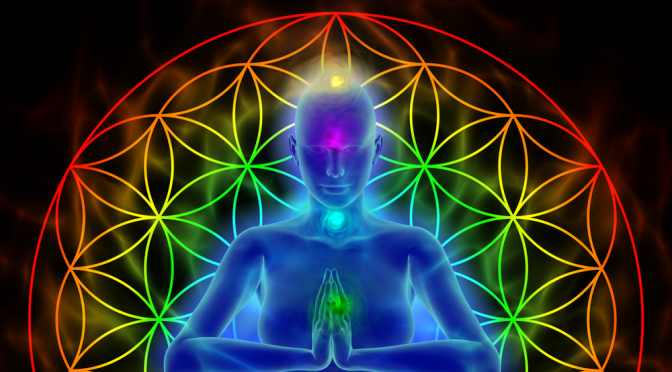 Since ancient times we have seen pictures and paintings of different spiritual leaders across various traditions but one thing that is common among all of them is the halo that surrounds their head which is known as the Aura- energy field. Many have dismissed Auras, especially those professed to be experts in natural sciences. However, with the assistance of highly sensitive cameras scientists have been able to photograph this field some experts believe could become a tool for use in the diagnosis and treatment of many diseases.

This aura represents your physical, mental, emotional as well as spiritual energies. The aura is often seen a mix of fine coloured frequencies where each colour defines its own individual nature and characteristics.

The vibration of this aura is very fine and subtle so we need very fine instruments to detect it and also to interpret the different colours and shapes in the aura which can reveal us a lot of unsaid information.

A study, published in the journal Consciousness and Cognition, explained the esoteric phenomenon of the aura and energy field of luminous radiation surrounding a person as a halo. The study explained that in neurological terms, synesthesia is due to cross-wiring in the brain of some people called synesthetes. In other words, synesthetes have more synaptic connections than “normal” people. “These extra connections cause them to automatically establish associations between brain areas that are not normally interconnected”, said Prof. Gomez Milan, a lead author of the study. “Many healers claiming to see the aura of people might have this condition.”

The pioneers in this field, in fact, are the Kirlians, to this day any halos around photographed objects are referred to as the “Kirlian effect”.
Kirlian photography is a collection of photographic techniques used to capture the phenomenon of electrical coronal discharges. It is named after Semyon Kirlian, who, in 1939 accidentally discovered that if an object on a photographic plate is connected to a high-voltage source, an image is produced on the photographic plate.The technique has been variously known as “electrography”, “electrophotography”, “corona discharge photography” (CDP), “bioelectrography”, “gas discharge visualization (GDV)”, “electrophotonic imaging (EPI)”, and, in Russian literature, “Kirlianography”.Kirlian patented many inventions to photograph the glow and captured many images of it. Over time, they noticed that the images varied from person to person. Kirlian and his wife were demonstrated that their images showed a life force or energy field that reflected the physical and emotional states of their living subjects. These images could be used to diagnose illnesses. In 1961, they published their first paper on the subject in the Russian Journal of Scientific and Applied Photography.

The aura of a person has been found to be directly connected to the level of health of the person. A person is considered to be healthy in when their physical vitality, mental clarity, emotional well being as well as highly positive spiritual energies are relatively balanced. So a person who is healthy at all these levels has a bigger and brighter aura and vice versa in the case of an unhealthy person. A faint glow around certain body parts may indicate the presence of a disease or disorder.

From the intensity of the glow, the Kirlians learned to determine the total activity of the body, the efficiency of different treatments, as well as the state of organs and systems. Today the GDV method is fairly well developed and can be used to conduct a general analysis of the whole body. The pictures are qualitatively and objectively interpreted reducing the risk of medical errors. The effectiveness of different treatments can be detected individually.

GDV is based on light emissions which appear in high voltage electromagnetic fields. If it were to become widely used in traditional diagnosis then, with its help, doctors could not only easily carry out common diagnosis at a given moment but also identify diseases which may occur in the future. This could greatly improve the quality of preventive care.

The Human Aura Can Change Dramatically and Quickly

It was found, that objects which are not alive, do not change parameters of their “aura” more than 2%. LIVING objects however can change their aura field dramatically and quickly. This provides scientists with unique tools to study physics of LIFE and consciousness using bio-electrography. For example, Prof Bunzen in Russia found that the response in Kirlian Aura seems to precede (appear as soon or earlier than) electric processes in the brain during a decision making process. From his research, presented in 2001 at the International Congress “Science Information, Spirit” in St Petersburg, it seems that a thought “appears” in the aura before any electrical activity can be detected in the brain. Is our consciousness electro-photonic to begin with?

It also appears that auras of people who interact with various objects such as drugs, crystals, minerals, colours etc. may change significantly. Modern Kirlian equipment are capable to quantify these effects in terms of their influence on the electro-photonic glow. It seems that detailed functioning of every organ and health effects can be also determined from the recorder stimulated electro-photonic glow.

All living objects show continuous changes in their aura. A major series of experiments of a team of scientists coordinated by Prof Korotkov in St Petersburg, Russia, demonstrated that aura of the human body continues to change continuously for almost exactly 72 hours after clinical death. It seems, that among other things, not only the time, but also the reason for death can be determined on the basis of these changes. It is interesting to note that in nearly every culture on Earth for centuries people observe a 3 day period between death of the body and burial.

Slowly and gradually as more research was done in this field of Aura photography different technologies were developed claiming to capture the human aura or the electromagnetic field. Now till date we have different systems like PIP (Poly contrast Interference Photography), DAS (Digital Aura Scanning system), RFI ( Resonant Field imaging) etc which claim to capture the human aura and also help us in detecting the subtle imbalances in our bodies.

Even though we are often consciously aware of our current emotional state, such as anger or happiness, the mechanisms giving rise to these subjective sensations have remained unresolved. Brilliant research by Finnish scientists has mapped the areas of our body that are experiencing an increase or decrease in sensory activity when we experience a particular emotion. Each of these areas also affects our aura.

Each body area has a language as to what the organs do, the muscles, the nerves, etc. When a condition occurs in the body in a localized area, it’s to help us discover what we might need to change in order to keep “homeostasis” in our emotions, mental reasoning, and spiritual living.

Needless to say, that in the traditional ancient oriental medicine the concept of the aura is well understood and commonly accepted. Eastern practices, both medical and spiritual, are initially directed at correcting the aura i.e. the spiritual body rather than the physical.

Scientists such as Beverly Rubik have explored the idea of a human biofield using Kirlian photography research, attempting to explain the Chinese discipline of Qigong. Qigong teaches that there is a vitalistic energy called qi (or chi) that permeates all living things. Rubik’s experiments relied on Konstantin Korotkov’s GDV device to produce images which were thought to visualize these qi biofields in chronically ill patients. Vitalistic energies, such as qi and prana, exist beyond the natural world.

The Princeton Engineering Anomalies Research (PEAR) program, which flourished for nearly three decades under the aegis of Princeton University’s School of Engineering and Applied Science, has also completed its experimental agenda of studying the interaction of human consciousness with sensitive physical devices, systems, and processes, and developing complementary theoretical models to enable better understanding of the role of consciousness in the establishment of physical reality.

Scientists and researchers today all around the globe have confirmed that the matter which appears to be solid in reality is NOT A TRUE reality. This solid looking matter is actually made up of pure energy which is vibrating at a specific frequency which gives matter properties like shape, size, texture etc. These solid looking objects like a pen, book and even the molecules, atoms and cells in our bodies for that matter are actually made up of vibratory energy particles called electron, protons , neutrons and further more tiny particles. So when these particles vibrate in their nucleus, a small electrical impulse is generated in our body and according to the famous law of physics “When there is a electrical field around a body, a magnetic field gets developed automatically”. So the tiny electrical impulses in our body results into the formation of a magnetic field around our body which is actually know as the AURA- electromagnetic field of the body.

If we study our ancient Indian texts especially the yoga sutras we will come to know the subtle anatomy of our human chakra system which is actually a very important aspect of our Aura. Spiritually we can say that aura is our very own soul nature, it reflects our innermost desires and feelings, emotions etc.

Aura is the layer of energy which interconnects all other subtle bodies and also acts like a shield covering and protecting our more refined subtle bodies like the mental, emotional, and spiritual and astral bodies. Like for our physical body to survive and maintain its health, oxygen plays a vital role for our existence similarly the Pranic forces which are commonly called Prana is the subtle energy that is required by our more refined bodies to function and maintain a good health.

Subtle Bodies Control Our Health In The Physical

So if we want our bodies to absorb oxygen properly from the environment we should keep our lungs healthy thereby keeping our physical body healthy, similarly if we want our subtle bodies to function properly and to absorb the pranic energies properly we need to keep our aura healthy. Like for our physical bodies we do regular exercises to keep it healthy and working, we should also practice some form of energy exercise which regulates the proper flow of pranic energies in our subtle bodies.

“Our Subtle bodies”, namely they are called physical body, emotional body, mental body, spiritual body and the last is our Astral body. So all in all our aura is made up of 5 basic layers out of which the physical body we are able to see with our naked eyes because it vibrates at a relatively lower and denser vibrational rate and the rest of the four bodies vibrate at a higher frequency.

So in this way energy healing sent by prayers, reiki, intention etc. is always first received on the outermost layer of the aura i.e., Astral body and then transferred to the other bodies. The most important purpose of our aura is to act like a vessel to hold all our bodies together and also to act like a shield protecting us from unhealthy vibrations. So the stronger our aura is the more protected & powerful we are.

In time, a greater percentage of human beings will grow to adopt these concepts since consciousness is now at a level on Earth where we can understand why these energies exist without rejection. That in turn will assist in the progression of health to such an extent, that it will translate into a mastering of control on the subtle bodies that will no longer allow for disease in the physical body.

Josh Richardson is blogger, healer, and a constant pursuer of the natural state of human consciousness.