To the people of lockdown California: it’s jailbreak time 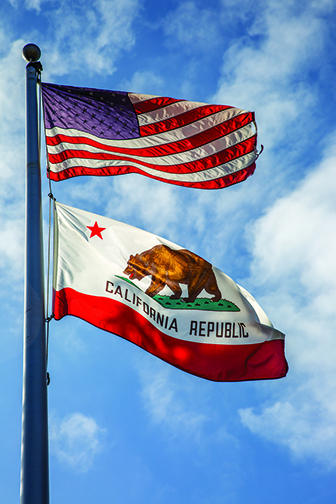 First, a bit of background.

Your governor, Gavin Newsom, is a predator, but within the context of a failed state.

For decades, the government of California has been underwater. As of five or six years ago, it was on the hook for future unfunded liabilities of a quarter of trillion dollars.

That debt was handled by issuing bonds. That’s always the response. Who underwrites those bonds? NY investment houses like Goldman Sachs. They’re satisfied as long as California keeps pulling in taxes and paying down the interest on those bond loans.

But now the tax base of California is rapidly shrinking, owing to the lockdowns, and businesses packing up and leaving the state.

So Newsom is in the position of a small grocery store owner who, failing to pay his protection money to the mafia, is forced to give his store to the mob and work for them…

That’s a bit of context. Newsom is in prison and he wants everyone else to be in prison, too.

In case you hadn’t noticed, Governor’s Newsom’s brutal lockdowns have done nothing to stem the raging tide of COVID case numbers.

Of course, those numbers are fake, owing to intentionally rigged flaws in the PCR test, but we’ll leave that aside for now.

The point is, lockdowns are meaningless—except they devastate your lives.

Newsom is seeing the handwriting on the wall. He’s never going to become president of the United States. That was his cherished goal. He’s spent years developing his image and persona as “the open, honest, articulate, caring junior JFK in the making.” That’s all gone.

He’s now the punisher who steps out on his own lockdowns and has dinner indoors at a high-priced eatery, unmasked, with a dozen friends.

He follows in the footsteps of other Democrats who thought they could play JFK: Gary Hart, John Kerry, Ed Markey, Jerry Brown. They all went down.

But Newsom isn’t going to back off his COVID lockdowns.

The whole state of California is dry tinder, on the verge of exploding. I’m not talking about forest fires. I’m referring to millions of you who are ready to step outside your homes and re-open the economy, no matter what.

The knowledge is seeping in: if enough of you rebel against the governor’s imprisonment dictates, there is nothing he can do about it.

He’ll look like the fool and the deranged fascist he is, behind his carefully crafted disguise.

So admit what you know to be true. Face up to it.

I lived in California for 50 years. I know the liberal mindset forwards and backwards. I’ve seen all the variations of virtue signaling. I understand how those fetishes stand up as long as the money holds out. But when the money vanishes and the business vanishes, and whole economy is wrecked and lying in ruins, you start to come to your senses.

Supporting BLM, Antifa, riots and looting, open borders? New Age jive? The hell with all that. You’re secretly looking to rough and ready bar owners, who are defying the cops and trying to stay open. You’re looking at your own dwindling bank accounts. You’re measuring martyrdom against rebellion.

You’re part of the dry tinder, ready to explode.

The history of California is a history of war and crime. Once upon a time, Spanish conquistadors smashed the indigenous people of Mexico and extended their reach into California. VERY wealthy Spanish families owned huge swaths of land from Tijuana all the way to Santa Barbara and beyond. They also owned off-shore islands.

Gradually, the criminal California and federal governments moved in on these criminal Spanish families, and in partnership with criminal American financiers and developers, took over that land.

Eventually, a movement arose to open the California-Mexico border. This wasn’t meant as a compensation to the indigenous Mexican people. It was an entry corridor for the descendants of the Spanish conquistadores.

And, of course, for major drug cartels. Hollywood, the entertainment industry, was an open target for laundering cocaine and heroin cash. Production companies and movie studios on the brink of collapse suddenly got well.

I sketch out these bits of hidden history to show you that California is far from a share-and-care liberal fortress. California has always been a long con and long hustle and a long war.

And now, that war has come home to you.

Offload the dream that your governor and you are partners in an unprecedented liberal revolution for The Good. Newsom is just another player in a long line of players who have sold what remained of their souls to bigger money bosses.

The Good is not dead. You just have to rethink it. You have to put FREEDOM at the top of the page, and realize what that struggle of centuries means. You’re now in unique position to understand, because you’re under house arrest, at the whim of your leader.

It’s jailbreak time for you.

The author of three explosive collections, THE MATRIX REVEALED, EXIT FROM THE MATRIX, and POWER OUTSIDE THE MATRIX, Jon was a candidate for a US Congressional seat in the 29th District of California. He maintains a consulting practice for private clients, the purpose of which is the expansion of personal creative power. Nominated for a Pulitzer Prize, he has worked as an investigative reporter for 30 years, writing articles on politics, medicine, and health for CBS Healthwatch, LA Weekly, Spin Magazine, Stern, and other newspapers and magazines in the US and Europe. Jon has delivered lectures and seminars on global politics, health, logic, and creative power to audiences around the world. You can sign up for his free NoMoreFakeNews emails here or his freeOutsideTheRealityMachine emails here.