WARNING: ‘KEYS OF THE FOOD SYSTEM’ BEING HANDED OVER TO BIG TECH 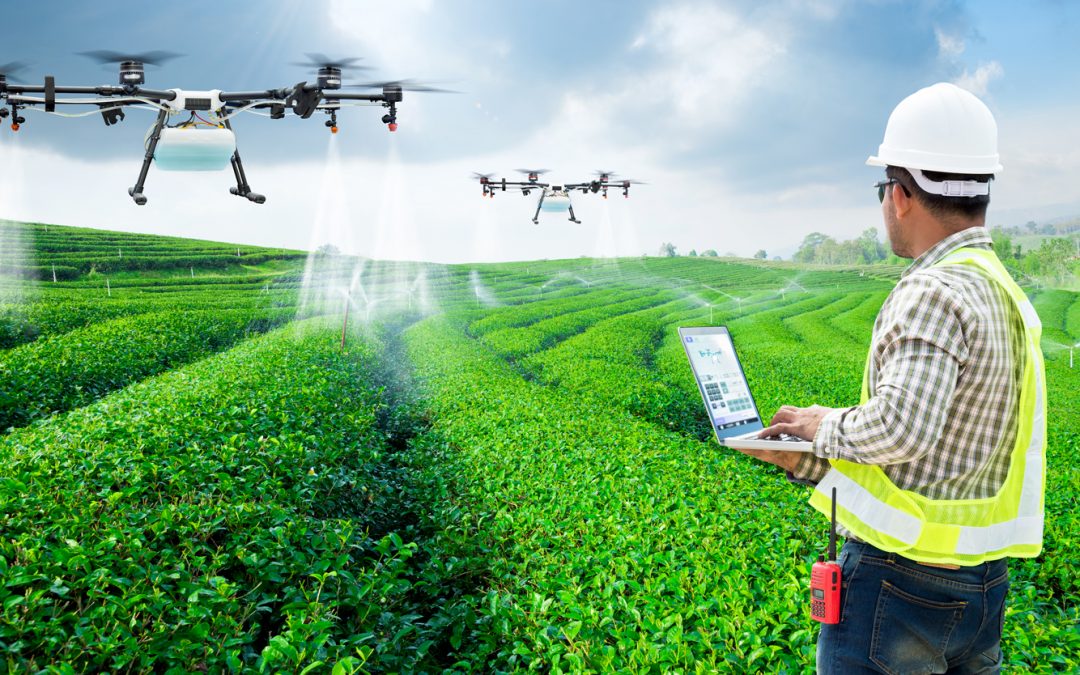 Warning: ‘Keys of the Food System’ Being Handed Over to Big Tech

Six Months to Prevent a Hostile Takeover of Food Systems, and 25 Years to Transform Them

A misguided technological revolution is about to sweep through food systems, but civil society and social movements can stop it in its tracks.

Imagine a world where algorithms are used to optimize growing conditions on every fertile square meter of land. Where whole ecosystems are re-engineered. Where drones and surveillance systems manage the farm. Where farmers are forced off the land into e-commerce villages.

Imagine a world where food is treated like a strategic asset and food transit routes are militarized. Where powerful governments and their flag-bearer corporations control resources and food supplies across vast economic corridors.

Imagine a world where many foods are grown in petri dishes, vats, and bioreactors. Where people’s eating habits are invisibly nudged using reams of metadata they have unknowingly surrendered via digital wallets. Where AI assistant apps decide on people’s food intake based on genetic information, family history, mood, and data readings from inside their waste bins and digestive systems.

This may sound like science fiction. But the “4th industrial revolution” is already sweeping through food systems. For proof, we need look no further than the changing complexion of the agri-food sector, where mergers and market disruptions are occurring at a dizzying pace. E-commerce platforms like Amazon and China’s JD.com are now among the top ten retailers globally. With agribusiness increasingly reliant on cloud, AI and data processing services, big tech firms like Amazon, Alibaba, Microsoft, Google, and Baidu are moving into food production. Meanwhile, Blackrock and 4 other asset management companies own 10 – 30% of the shares of the top agri-food firms.

“Travel any further down the path laid by agribusiness, and the momentum will soon be unstoppable.”

With climate change, environmental breakdown and pandemics wreaking havoc on food systems over the coming years, the “silver bullet” solutions offered by the new agri-food giants may prove irresistible to panicking policymakers. This year’s UN Food Systems Summit — arising from a partnership between the UN and the World Economic Forum — will be a showcase for corporate-led “solutions.”

In other words, the keys of the food system are already being handed over to data platforms, e-commerce giants and private equity firms. This could mean dismantling the diversified food webs that sustain 70% of the world’s population and provide environmental resilience. It could mean putting the food security of billions of people at the mercy of high-risk AI-controlled farming systems and opaque supply corridors.

A new report from @NavdanyaInt calls for rejecting Bill Gates’ fake solutions and instead supporting an ecological approach to food + agriculture which can provide a long-lasting solution to #climatechange. #TheDefenderhttps://t.co/jM95xFGYLd

And yet, there is nothing inevitable about this dystopian future. In reality, divisions will grow among corporations and between companies, workers and consumers, as ecosystems refuse to be tamed, people refuse to be nudged, technologies malfunction and environmental and social tipping points draw closer.

Farmers, food workers and their allies have recognized the crossroads we are at. They are already organizing in new ways to defend their spaces, their livelihoods, and their future — starting with mobilization around the Food Systems Summit.

In scanning the landscape for clues about the next quarter century, we found that what could be achieved by civil society and social movements is just as “disruptive” as the plans of the agri-food giants. A “Long Food Movement” — bringing together farmers, fishers, cooperatives, unions, grassroots organizations and international NGOs — could shift $4 trillion from the industrial chain to food sovereignty and agroecology, cut 75% of food systems’ GHG emissions and deliver incalculable benefits to the lives and livelihoods of billions of people over the next 25 years.

The challenge is vast, and many of the victories will be hard-won, from new treaties to regulate and recall failing technologies, to shifting the $720 billion of annual producer subsidies towards agroecological farming and territorial markets.

“Farmers, food workers and their allies have recognized the crossroads we are at. They are already organizing in new ways to defend their spaces, their livelihoods, and their future.”

But most of the tools are in the hands of civil society and social movements. Much can be achieved by amplifying existing approaches, linking different struggles together across sectors, scales and strategic differences and thinking five, 10 or even 20 years ahead.

Over a 25-year timeframe, huge progress could be made by multiplying the farmer field schools and seed exchanges that underpin agroecological systems; by sustaining the current trend lines towards local, regional and ethical purchasing and flexitarian diets; by developing “early listening systems” and emergency food security blueprints so we are ready to act when harvest failures, pandemics and other shocks hit; by deploying apps to instantaneously decode negotiating texts, and to apprise consumers of the ‘true cost’ of their food and even by syncing funding cycles and civil society gatherings to make cross-sectoral collaboration the norm.

Both of these futures remain viable — but for how much longer? Travel any further down the path laid by agribusiness, and the momentum will soon be unstoppable. Once systems have been structured around specific production models and technological trajectories, it is very difficult to change the course. GMOs offer a cautionary tale: instead of rethinking chemical-intensive monocultures in the face of widespread environmental and social damage, the “green revolution” was followed by a “gene revolution” that reinforced its logic.

We often hear that we have 10 harvests left before climate change becomes unstoppable. We may have less than 5 years to prevent the full-scale digitization and automation of food systems, and only 6 months to prevent corporate takeover of global governance at the Food Systems Summit. Neither short-term actions nor long-term planning can wait. That’s why we need a Long Food Movement.

Nick Jacobs is the Director of the International Panel of Experts on Sustainable Food Systems (IPES-Food). ‘A Long Food Movement: Transforming Food Systems by 2045’ was published by IPES-Food & ETC Group on March  30, 2021.

Our work is licensed under a Creative Commons Attribution-Share Alike 3.0 License. Feel free to republish and share widely.