When Lions Roar Their time will come. 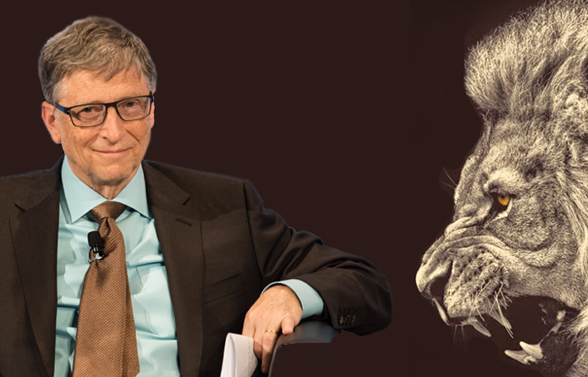 Their time will come.

They say time is a great healer.

The more time passes, the more the truth gets revealed or buried, sometimes forever.

It may also be a great equalizer.

In The Prince Machiavelli wrote of the fox and the lion. A good prince will know when to use to his advantage the skills of each in dealing with subjects and enemies.

As citizens of presumably once-free societies, the metaphor still stands in dealing with the tyranny of the state. One must know when it’s time to embrace the cunning of the fox, or the savagery of the lion when confronting the fascist wolves who prey upon the herd of defenseless sheep.

The lions are warriors. Their strength and bravery in service for good are only possible when not being exploited by the nefarious aims of a corrupted state.

They can serve as humanity’s shepherds who have moral and ethical duties in protecting and guiding the flock.

But are there still lions among us?

It’s been two years since healthy people of the world were locked in their homes. Two years since a hundred nations colluded and conspired to abuse their citizens by collectivizing risk for dubious invisible harm whose prevalence could be manipulated through tests that were never meant to diagnose anything.

It’s been two years since they intentionally started killing people in hospitals to amplify the fear and eliminate a few million future pension liabilities in the process, a few million expendable carbon footprints.

It’s been fourteen months since they continued the killing under the guise of a cure. They’re moving in on the children and infants now. Eager to start killing them too if not rendering them sterile.

And they haven’t stopped because there is nothing to stop them.

How much can you truly know about yourself if you’ve never been in a fight? C’mon, hit me.
– Tyler Durden

What about getting beat down, kicked, muzzled, locked out, jabbed, bloodied and clotted for two years with a side of medical apartheid, mass psychosis and post-traumatic stress disorder? Is that a privilege too?

What are we to learn from all this abuse? All this intentional killing, this culling of humanity?

What are the lessons?

How much time is enough to allow war criminals to appear on our televisions and pretend they have answers to the crimes they manufacture?

How long until the victims clean themselves up, dust themselves off, rise from the hills they think they hold and will die on, empty and pointless as they are, and finally go on the offensive?

Revenge and retribution are deeply rooted desires for those with a profound sense of justice. Equal justice requires a fair process with infallible evidence and uncorrupted institutions.

Revenge requires passion and ability. Courage to mete it out. Risk and sacrifice to deal with the consequences.

Retribution can be its own form of equal justice when the criminals control all the institutions once entrusted with that process.

When lions roar they are sending a warning to all nearby that they are encroaching on claimed territory and their further advance will be met with appropriate offensive action.

They’ve overtaken our territory and scared all the sheep into herd formation, conditioned to be reflexively obedient. Millions were unknowingly sent to their slaughter.

There were no lions who roared.

Did you hear any? Are there any lions still among us?

Now they want us to rally our spirits and pride around a Cold War relic called NATO, against their new manufactured evil, and pretend the past two years of abuse and killing never happened.

They expect us to move on and forget it. To accept our new behavioral conditions, responding to the threats they tell us, when and how they want.

They want us to believe Putin is our enemy and Russians are evil.

Did Russians lock you in your home and abuse your children? Did Putin threaten your job if you didn’t get injected with a deadly bioweapon? Did he tell the FDA to spike all early and effective treatments so more people died?

The greatest evils through history were hiding in plain sight, always projecting something they were not, engineering circumstances in their favor, often cloaked by a wall of rhetorical cover.

Today’s evil parades as philanthropy, its servants the wealthiest men on the planet with utter disregard for humanity and the future. 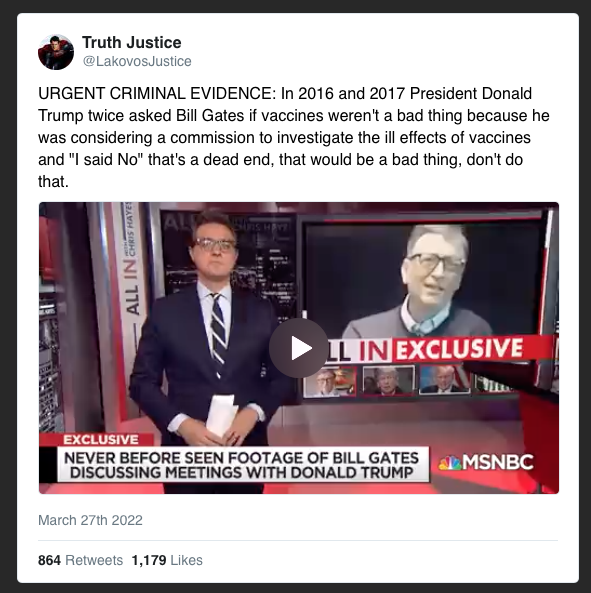 We are their subjects.

Subjected to manipulation, control, subjugation, elimination and conversion to a post version of humanity.

This did not start two years ago. This will not end on its own.

By not investigating their crimes and holding the criminals responsible before the once blindfolded lady of justice they are telling us everything we need to know.

The criminals responsible are in power everywhere. They’ve removed her blindfold. Now she looks away when they tell her.

They will not hold themselves accountable.

They will only commit more atrocities because they are hardly human themselves. Guilt and remorse are what separate humans from animals. That’s also what makes lions so indispensable, the ability to render justice dispassionately.

Without consequences for their actions, they will not stop.

Only sheep take such abuse over and over and still behave with passive credulity.

Some are trying to argue the constructivist and relativist points of good and evil. That there are no such things in this world and it’s not so black and white. Only a sheep would view the past two years through a clear lens and still reason this way, refuse to see the evil is everywhere and name it accordingly.

They’re betting we are all sheep now, and there are no more lions among us. No more savage beasts to go hunt and tear the limbs of those responsible for our imprisonment and abuse, for the culling of the population through two bioweapons and now manufactured food and energy crises and soon another world war.

They have shown us no respect, no deference, no humanity and no mercy because what evil rulers have ever shown their disposable subjects any of those?

If they are engineering another war, they expect all the brave soldiers to fight on behalf of them, their true enemies, and against a manufactured one. What will they be defending with their ultimate sacrifice other than the ability of global evil to continue its crimes against humanity?

Bravery is not fighting for evil, against the crises they create. If courage requires that silly government label of ‘dishonor’ then go and be courageous, and be discharged. There is only honor in disobeying an evil government, some might say a moral duty.

They forced you to get injected with a deadly bioweapon they engineered in a laboratory. They were going to dishonor your service by discharging you if you didn’t surrender your bodily autonomy to an experimental injection and now you’ll go and fight their fictitious enemies alongside literal Nazis?

Walk away, soldiers. You’re wearing the uniform of your real enemies. The flags of your fathers were mostly false. The nation you’ve been brainwashed to serve hasn’t existed for a long time. The document those in power swore an oath to uphold is detested by your superiors up the chain of command. Your chief is rotten and demented and controlled by global evil. All institutions that once existed to protect your basic human rights have abandoned you.

Walk away brave soldiers or risk being sheep to a different slaughter.

You can go and be lions instead.

They’re pretty confident there are no more beasts to roar for our pride anymore.

But what if they’re wrong? What if the lions are out there among us?

Those in this world who can render justice as beasts of no mercy will sooner or later go forth and know they are doing what the captured systems and institutions will no longer do. This won’t be anarchy. It will be revenge.

We used to call it revolution. One brave lion is all it takes.

Is there one brave lion left in this world?

If there is they’ll know they are setting the scales of justice in the world back to level. They may know that it will require meeting a finely-dressed global evil with unapologetic full-frontal savagery that’s public and brutal.

If there are lions out there still and if they ever want peace again, where they can sit on a hill and roar and feast with their cubs without bother they’ll first have to hunt.

Their entire life’s mission was for this purpose. They may be resting on a hill somewhere already, thinking they have found peace, roaring at all the wrong things, their territory already overtaken, their pride already slaughtered.

They can liberate humanity from the darkness before it swallows us all and more savagery and bloodshed will be required for complete liberation. They can set the world right before millions more sheep become statistics.

The sheep will cease being so when they recognize the lions are their shepherds. Some of them will then become lions too.

The criminals are out there. Hiding in plain sight on the boards of companies, in the halls of bureaucratic institutions as the benevolent philanthropists with all the latest solutions to create profitable windfalls from the chaos they unleash.

Time is not going to be our great healer, our great equalizer, and it may only be a great concealer of the truth. It will only allow for more death and suffering, for the criminals to consolidate more power and for the darkness to spread.

The time for embracing the cunning of the fox might be over.

Time nor the fox will balance the scales of justice. But maybe lions can.

If there are still lions out there God forgive them when they realize they have no more territory and so stop roaring and start hunting those responsible for culling their pride.

And when they start, let them hunt as lions do and show no mercy as we were shown no mercy.

May their hunt be brutal and savage. A future warning to any evil still lurking in the shadows to stay there or risk being shredded limb from limb.

May the lions find peace for us all.

Standing beside an open grave
You’re fate decided, your life erased
Your final hour has come today
Lit by the fire of your temples burning

Do your part to flatten the herd.