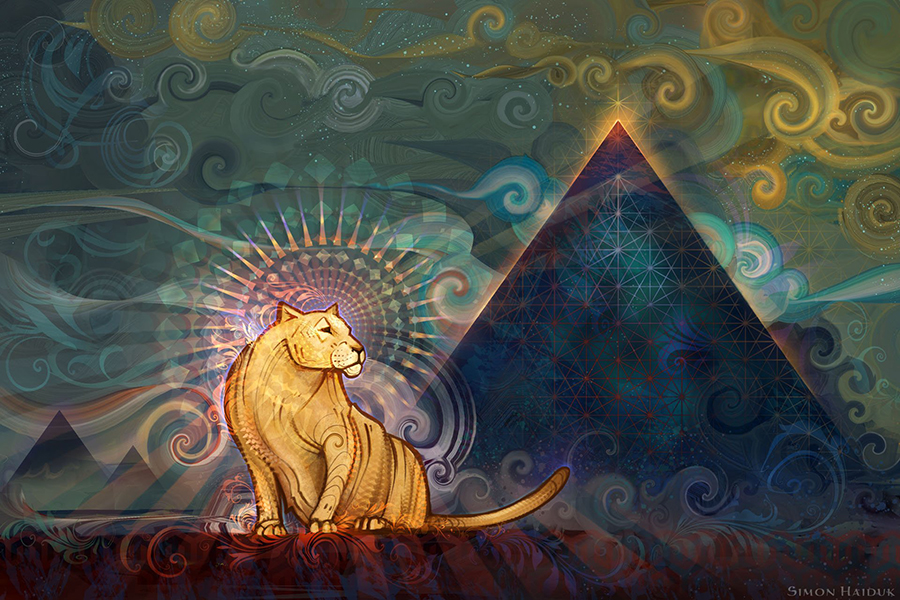 Never let the fear of striking out get in your way. ~ Babe Ruth

I am recently returned from a laborious trek that happened to take place in Mexico. The phrasing here is significant, because, of course, the actual ‘trek’ had little to do with any physical location or particular physicality, though the two naturally played their part perfectly and reflected the theme of my journey in the sense of setting the scene, or the backdrop if you will, of my little voyage of return to myself.

Wherever you go, go with all your heart. ~ Confucius

Over time one learns to intend appearances beyond the self whereas transformation is concerned, and with regards to using the world around oneself to enhance an experience, and to even induce one voluntarily within one’s self. Having gone through so many cycles of death and rebirth within this singular lifetime affords a certain expertise in such matters, particularly in sensing when it has become necessary to embark on such an adventure. Call it intuition or just feeling tired of living life as it is and knowing more is possible, inside and out. Thank goodness for having learnt to simply listen.

“Sincere action is any movement motivated by a wish to see what you do not presently see.”

Though it has become fashionable to name such procedures ‘shamanistic’ or other brightly feathered terms, I prefer to see it as simply not wishing to live in pain and being wise enough to act on that knowledge. It can be fun to shamanize life, and I’m not poo-pooing others’ joy in doing so, but I’m not a particular fan of institutionalizing such affairs, techniques, ideas, ways of living, perceiving… monetizing them kills the magic in a way, opens doors to more folly and the same old dangerous same old.

The enemy is within the gates; it is with our own luxury, our own folly, our own criminality that we have to contend. 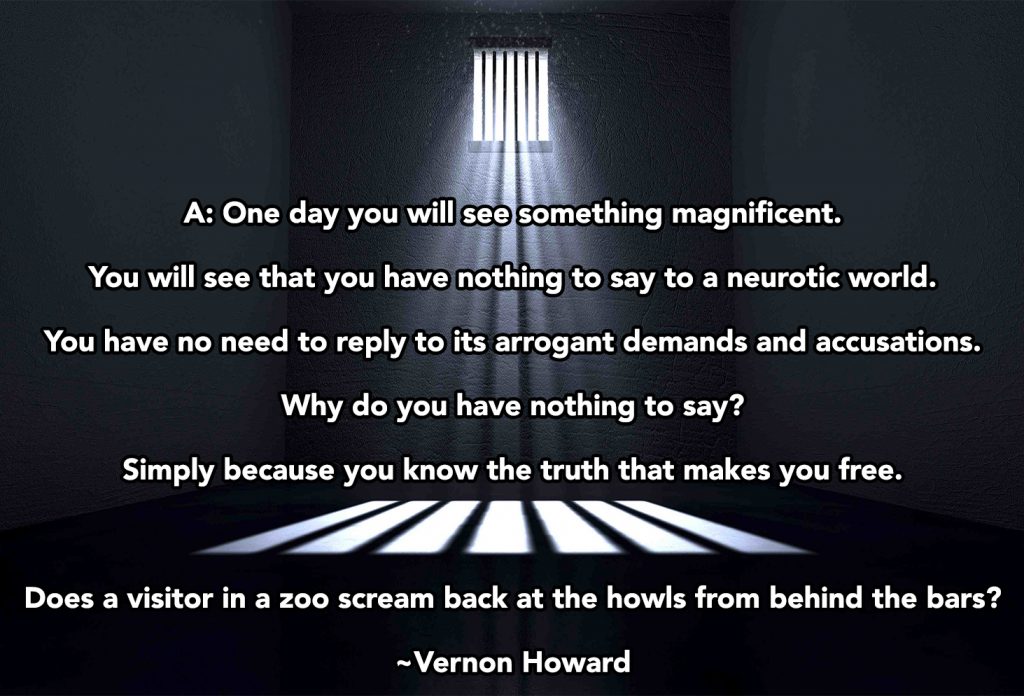 Several decades ago Lorenzo, the publisher, and I were quite ahead of the ‘curve’ on the possibility of doing so, having actually successfully evolved to a certain degree through what could easily be termed ‘shamanism’. Instead of selling out we chose Freedom and made Art; which in and of itself is not only easily classifiable under the same heading but is also a far faster and exciting approach to transformation than any dark spelunking in one’s own soul through the use of culturally disassociated power-plants and paths others have so often trod. One creates and manifest and discovers one’s own path to power in, by definition, a unique way. I’ve never been truly able to follow, never really cared for it and paid rather terribly for the first few years of life by being forced to do so. I got over myself eventually, wiped away my tears, stopped with the self pity, really learned to see the world around me, and then realized just how bloody lucky I actually was to have been able to free myself as far as that.

Discipline, as understood by a warrior, is creative, open, and produces freedom. It is the ability to face the unknown, transforming the feeling of knowing into reverent astonishment; of considering things that exceed the scope of our habits, and daring to face the only war that is worthwhile: The battle for awareness. ~ Carlos Castaneda

Now, I do grok (understand profoundly and intuitively) that others must needs by definition, once again, do it their own way; trial and error are most often the tools at hand, and it sure can be fun to try different methods of altering one’s own consciousness, can destroy you pretty quick too, and I don’t just mean the window curtains of ego. But I despise tourism (i.e. the commercial organization and operation of vacations and visits to places of interest.). I’ve seen too much devastation and lost a few too many friends to the inherent dangers of taking anything for granted, particularly when we’re talking about exploring the Dark Sea of Awareness. There are Beings in them depths hungrily awaiting the foolish and the fooled, the unprepared and the unlucky. Certainly one makes one’s own luck, and it really is mostly a question of personal power, or lack thereof, that determines for us, well, pretty much everything in this grand Mystery we dare to tread: just don’t believe the hype and travel responsibly. Your life is precious, as is all Life.

If you look into your own heart,

and you find nothing wrong there,

what is there to worry about?

What is there to fear?

We are born to do so, be travellers I mean, although most have been entirely separated from that reality in a mercantile exchange for the sense of security we’ve been domesticated into on this little island of the Tonal (the Known). Perhaps it would be more accurate to state that we’ve been born into these limits, and that our actual inheritance lies in our presently forgotten ability, or potentiality to leave those limits and to enter and travel into the Nagual (everything beyond the Known).

We are beings who are going to die. We were programmed to live like beasts, carrying loads of customs and other people’s beliefs until the very end; but we can change all that! The freedom which the warrior’s way offers us is within the reach of your hand; take advantage of it!

There has been many a group (and here I hesitate to use the word culture as we’re not cheese or bacteria after all) that have successfully ‘left’ the confines of the Known: the evidence abounds, occasionally in various physical ways, monuments, what have you, or in the gleaning of techniques and traditions still being aped in misty fashions here and there; but what is most importantly still there as a marker for just that possibility is us.

“The bravest are the most tender; the loving are the daring.” ~ Bayard Taylor

In our hearts and our imaginations, in our feelings and our eyes, our bones and our blood, our works and our arts, our troubles and our pains, our sorrows and our gains, our loves and our lost, awaits the truth of ourselves. And by Jim O’Glory, Kirk or otherwise, we’ve left ourselves crumbs and clues to bring ourselves back to our truest path. Freedom awaits folks, of that you can be sure. Whether only seen in passing through the great beyond on Death’s own wings we will all See, eventually. This is Power’s Promise of Return. But wouldn’t it be more fun, and filled with a glory to match the Sun to find out for ourselves exactly what that means when still able to explore that totality for and of ourselves for longer than a twinkle in God’s Eye?

For once you have tasted flight you will walk the earth with your eyes turned skywards, for there you have been and there you will long to return. ~Leonardo da Vinci

And what would it cost? Easy to answer, if one dares. The price for our freedom would be the Known. Quite the tally though if we’re being honest, with few willing to face the expense. Personally, I never liked it much anyway and have already footed the bill. My every day is a strange one, my every moment a challenge. Though smiling I’m shaking in my boots with the adventure of watching time advance. It takes all I have and am to keep on keeping on as they say. Spending my time watching time recede is quite literally a drag, and the folks caught in the wake are a terrible distraction to the care I must take to be on my path. It’s a bitch because I really still do love ‘em, but I’ve suffered enough to know my weight added to theirs will only makes us all sink the faster, and to what end? A certain one I figure. Whereas where I walk, a struggle though it yet be, I might one day fly, and though lighter in the face of such Winds of Change as are borne when facing what one fears, facing time’s advance, facing and meeting the Unknown eye to eye, or so it seems, more may come, mass then too, and from it perhaps together further distances reached, greater vistas seen, greater lives lived. Alone one travels faster, together we travel further, is the saying, true even in reverse as far as I can See.

“Oh, the things you can find if you don’t stay behind!” — Dr. Seuss

How do I know any of this? Same as anyone I figure. Same as everyone. Found it out for myself. Found myself the same way. Wasn’t even the first one there! Imagine my surprise! So watch’a waiting for? Water’s fine. Honest. 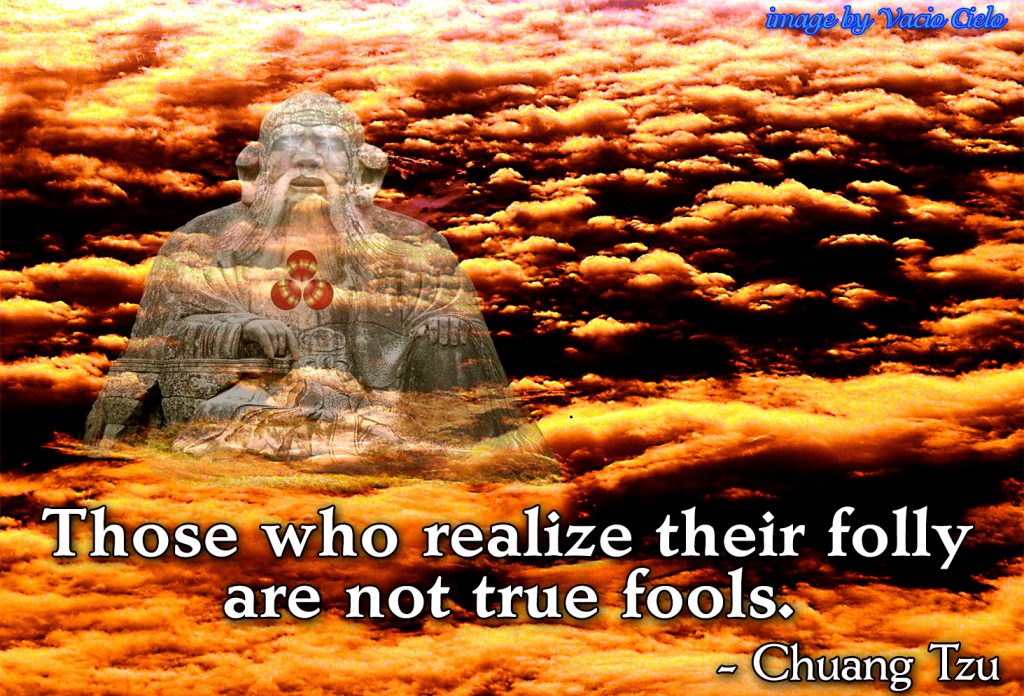