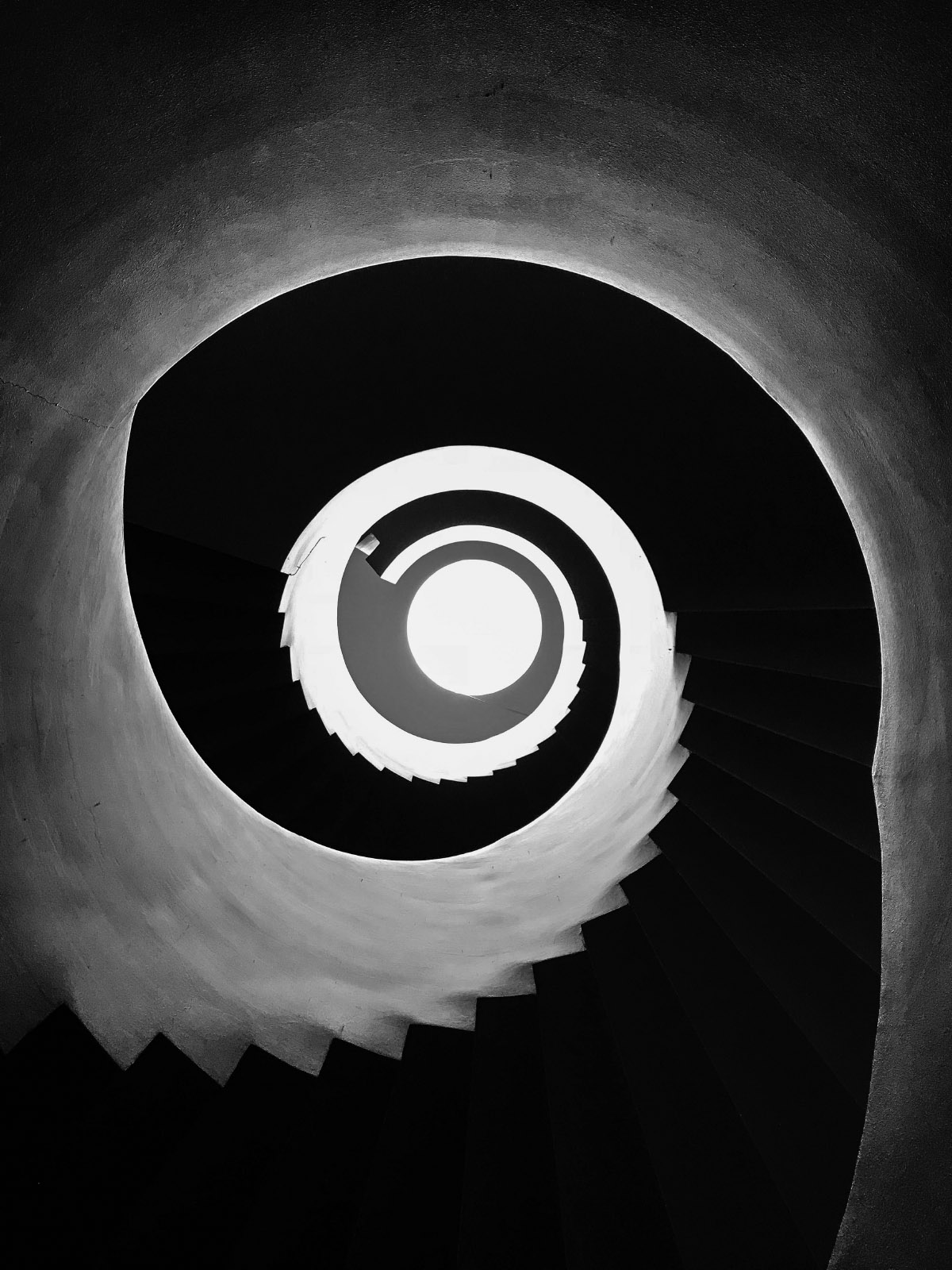 As below so above, folks. What we do unto others we will have done unto us. That which we have sown we must by definition reap. What we have cultivated or allowed to be cultivated from or into, what we do becomes who we are. Environment is another word for reality, and ours is become something other than natural and wholesome, harmonious or free. Luckily all things must end. At some point what goes up must come down, chickens don’t fly, not into the sky nor out of their coops, regardless of possessing the necessary equipment and superb deadly motivation, all because they’ve accepted their terrible fate, unquestioningly: and that all goes for humanity as well.

The Human family has been compromised. The great monster, the serpent Jörmungandr, has encircled the World, all the while the dragon Níðhöggr continues to gnaw through Yggdrasil’s root, while Ragnarök, the twilight of the gods, is come. “Brothers fight and kill each other, sisters’ children defile kinship. It is harsh in the world, whoredom rife—an axe age, a sword age—shields are riven—a wind age, a wolf age—before the world goes headlong. No man will have mercy on another.”

Heavens, quite the drama. Fairly accurate stuff, mind you. Good to remember that this is also a time of heroes, although that heroism isn’t of the sort that our ancient Norse forefathers or mothers might necessarily recognize as it must needs come from an altogether different place than that of war and survival. Although in a sense it is a fight and we must be warriors, yet it is our great joy to reinterpret those actions, re-conceptualizing them and ourselves within the context of our times and what we wish to create anew, whom we choose to become, and where we would prefer to steer the narrative of our existence. Divinity or that other sad choice?

Heroism in this day and age often amounts in choosing to not give or buy into the hype, the lie, the nonsense, that the separate selfish self presently possessing humanity’s consciousness is, ad nauseum, ever herding the masses towards. Not exactly the easiest task. In many ways I’d rather just swing at evil with an axe, cutting off the foul serpentine heads of narcissistic self-importance wherever they appear, were it even possible, and basking in the celebratory adulation of my people as a hero returned triumphant. And though that happy destiny is unavoidable, and this mission is the one I signed up for, actualizing multidimensionality within these tight confines sure isn’t what I expected. Still, daring to be loving, to be Love itself, in the very face of its opposite is a thrill and a hell of a ride; and all worthwhile, particularly when you get to see that special look of final understanding of who’s really who and what’s really what dawn on evil’s façade of folly. Priceless really. Worth the cost of admission, whether you remember how it all ends or not.

“There is no coming to consciousness without pain, People will do anything, no matter how absurd, in order to avoid facing their own soul. One does not become enlightened by imagining figures of light, but by making the darkness conscious.” ~ Carl Jung

You see, evil, regardless of the slick marketing con, and it is slick, ubiquitous, politically correct and perpetually offended, convincing and terribly well funded (no coincidence there): Evil, my friends, is dumb, and ugly too. This mad scramble to the top of Mount Stupid, eventually to be flushed back down and away into the abyss as must happen, as is happening, is a paradoxically no-win scenario (although everyone wins in the end) and hardly the best we can come up with as the creative bunch of coconuts we truly are.

If you bring forth what is within you,

what you bring forth will save you.

If you do not bring forth what is within you

what you do not bring forth will destroy you.

Looking past all that ‘sexy’ modern vampiric bullshit and rainbow billowing distraction of artificially induced and engineered confusion, all you have is a sewer full of parasites and lost, tacky and whiningly pathetic self pity. It sucks to turn away from one’s own Source, literally. Or rather, you have to suck to survive when separated from Source. And by source, I mean ‘The All that Is’, Creation, Nature, the big ‘G’, and so on. We don’t just come from there we are that as well. It’s why they have to, those fabulous bottom feeding luna-tics, they have to take and feed off of those still connected, however tangentially, to the natural flow of life, since they’ve decided to keep their own selves firmly jammed up their own backsides (and yours if you’re not careful), those scatologically inclined rascals. Not too sexy after all. They have to stand in our way, interfering with our most natural selves, in a sense blocking us from manifesting our truest being. They have to use, and by definition abuse, our magnificently creative and productive natures and potentiality. They have to get our agreement, our invitation to enter our homes, our hearts and minds (and you know where else!). They have to trick us to agree, to purchase a ticket to their show, to go their way, live their story, accept their depravities and perversions, go along with their nightmare ride through hell and experience the sickening distortions of our own natures in a downwardly spiraling carnal carnival of despair, one they so desperately want and need us to buy into, fooling us into believing in a fraudulent debt for being alive. Or else they perish, they expire, a foul flatulence, not unlike a vulgar wind passing through darkness’ own rectum after a cannibal’s feast of macabre horror, followed by a few too many (or just the right amount of) searingly hot peppers of power, as painful and poignant as purgative.

Death is an exhalation, an expiration: Life an inspiration.

So don’t believe the propaganda. Don’t swallow that pill. Don’t buy the lie. See this reality you are experiencing as it truly feels; see yourself as its author, the Artist in Residence. Dare to feel the truth. Reclaim your totality!

The stories that have been laid, well, if you’ll excuse the all too accurate imagery, laid and hatched inside us, inside all of humanity, colonized if you will, this system is stealing our juice, low-jacking our mojo, using us to power it, that separate-selfish-self, enslaving awareness to that of a predatory, survival driven (its own, that is) consciousness and lack thereof, projected through the foreign installation known as the small self, ego, el egonito, the poor me, the big baby of banditry, pirating peace, lashed with and to endless self-reflection, fanatical fear, tyrannical pettiness, demonic domestication, awareness maneuvered, managed, masticated and murdered by archons of an abattoir built and tended by our very own: order followers just ‘doing their job’, order givers as mad as small g gods can be, parading in a mindless meat puppetry of falsification, reveling in unnaturalness, defecation and anguished despair. All those astounding cautionary tales embodied and disembodied are there to not only aid us in honing our indomitable strengths and fuel the courage we require to truly evolve beyond them and their snake oil offers, but also to truly seize the day of our own creation.

“People are afraid, very much afraid of those who know themselves. They have a certain power, a certain aura and a certain magnetism, a charisma that can take out alive, young people from the traditional imprisonment….

The enlightened man cannot be enslaved – that is the difficulty – and he cannot be imprisoned…. Every genius who has known something of the inner is bound to be a little difficult to be absorbed; he is going to be an upsetting force. The masses don’t want to be disturbed, even though they may be in misery; they are in misery, but they are accustomed to the misery. And anybody who is not miserable looks like a stranger.

The enlightened man is the greatest stranger in the world; he does not seem to belong to anybody. No organization confines him, no community, no society, no nation.”       ~ OSHO

I love my life. I have to say it. Here I’ve been remiss. I’m actually ashamed that, and deeply humbled by, how long it’s taken for me to smarten up enough to see how much damage it was doing me not saying so, intending that, and more of it, embracing life I mean, as an action of gratitude, to be grateful enough to realize that this life is a gift beyond measure and to know that I, we, are equal to this gift, this fractal chrysalis of change, wonder, of transformation and growth.

Whether busily rocketing away in our dreams, diligently preening the feathers of freedom, and eventually re-rooting our selves in an entirely new paradigm, our task is straightforward, believe it or not, mirificent and an incredible amount of fun. And, as luck would have it brings us full circle back to the title of this little ditty. A remission is a cancellation of debt, charge or penalty, a diminution of the seriousness of disease and pain, a temporary recovery, a formal forgiveness of sins, a sending back, if you will, a restoration. We’ve already paid folks, and then some. Now it’s time to claim our prize.

Wonder why. Ask why. Ask why and never stop. Why is the world the way it is? Why are we? Why are some things legal and others not? Why, as Dr. Seuss so perfectly put it: “Why fit in when you were born to stand out?” And believe you me: you don’t want to fit into where they want to put you.  This simple question is the central pillar upon which my personal freedom is founded. Drove my father mad with its repetition – but taught me all I know. Question all appearances, and the rest of it too. Take absolutely nothing for granted, and then literally and figuratively become your very own dream come true. We are the secret to our own joy. Come from your heart and you cannot lose, cannot become lost, at least not for long. Dare, for daring is what is called for here, dare to be all that you can be, an invincible army of One, of Love, unconquerable and free. And laugh, laugh, laugh. Nocturnally and otherwise.

“Against the assault of laughter, nothing can stand.” ~ Mark Twain 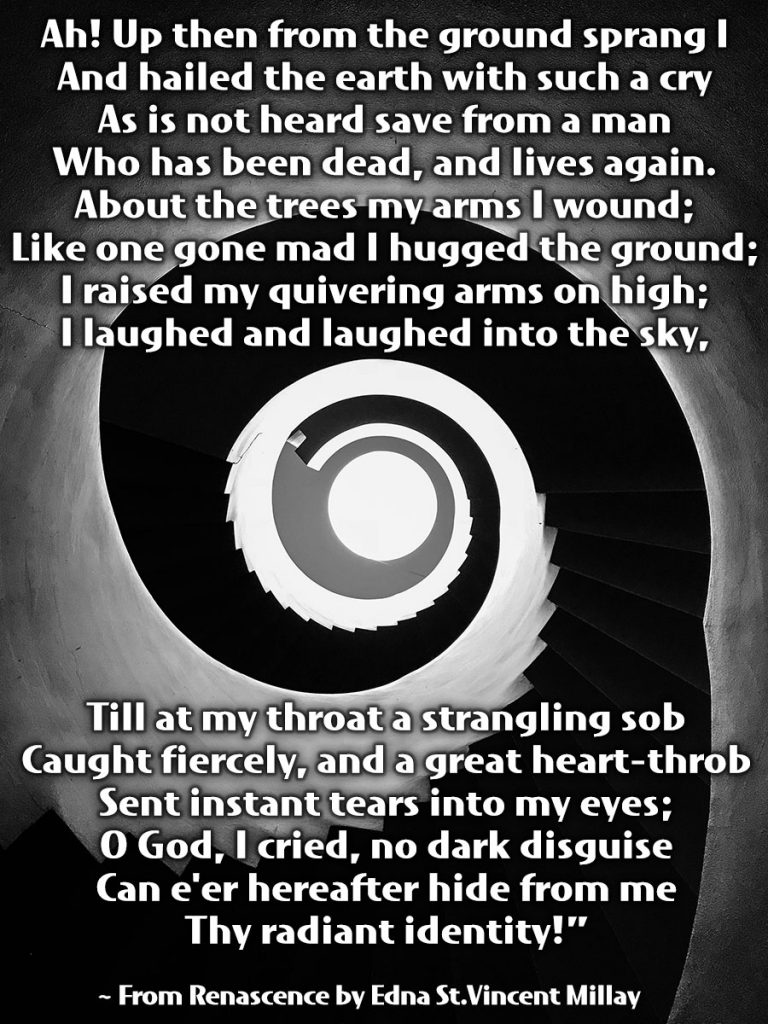