Through the Gates of Change 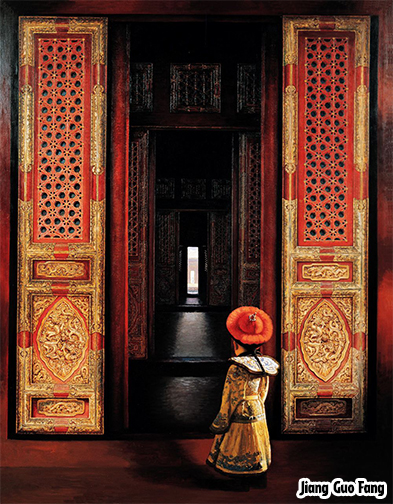 There have been so many changes of late that, to my seeing eye, they merge into one inexorable force, the details of which become a froth of less interest than that of the spectacle of Power itself moving, of Intent manifesting before us all, of wonder at the mystery of our shared Journey.

Love is a sacred reserve of energy; it is like the blood of spiritual evolution.           ~Pierre Teilhard de Chardin

The World around us has taken this newly born Phoenix Year to heart. The pot is a’boil, the bread is in the oven, the game is afoot. The gates of change are swinging wide open, inviting the brave, the daring and the desperate beyond mere metaphor and into the realm of manifest destiny. And by that I mean the acceptance of our own authorship upon which we sail through the sea of awareness. We’re making up the stuff of our lives folks, and the responsibility is awesome.

The infinite vibratory levels, the dimensions of interconnectedness are without end. There is nothing independent. All beings and things are residents in your awareness. ~Alex Grey

And all around little dreams come true, nightmares too, peopled by lessons clothed in relationships in a menagerie of recapitulatory excess. Petty tyrants of love abound.   The All of Everything demands growth beyond the known of the past, but not without first its assimilation and digestion for therein exists the fecund fertilizer required for our own creative evolution.

The roots of the word ‘anarchy’ are ‘an archos,’ ‘no leaders,’ which is not really about the kind of chaos that most people imagine when the word ‘anarchy’ is mentioned. I think that anarchy is, to the contrary, about taking personal responsibility for yourself. ~Alan Moore

Practically speaking, everything we require for personal transformation is everything and everyone that comes our way; in a sense it is the way. How does the saying go…It’s not the path that is difficult, it is the difficulty that is the path. I can certainly attest to that being the case in my life thus far; even Love came to kick my ass into high gear, and none too sweetly I might add. And yet the only proper response I have worthy of the experience I was given is gratitude, of the muscular kind. Of course that took quite some work, months of it really, and I ain’t done yet in all honesty, I work at it constantly, heavens, I’m doing it right now. Exercise for the soul I suppose.

I hold it true, whate’er befall;

I feel it, when I sorrow most;

‘Tis better to have loved and lost

Than never to have loved at all.

Gratitude is an action, not necessarily a static state of being, one much akin to balancing rather than simply being balanced. Can’t complain really, although I have, of course, but it’s all part of the show, of the journey beyond one’s own limitations, shortcomings, what have you. Bit of a grindstone these experiences though, smoothing the rough, at times jagged, edges of one’s lunatic consciousness is no easy affair.

As we express our gratitude, we must never forget that the highest appreciation is not to utter words, but to live by them.    ~ John F. Kennedy

You have brains in your head.

You have feet in your shoes.

You can steer yourself in any direction you choose.

You’re on your own, and you know what you know.

And you are the guy who’ll decide where to go. ~Dr. Seuss

And so here I am, writing to you, for you, for myself as well; in thanks for your company, for your time and attention; grateful for the opportunity to grow up with you, grateful to have loved you, grateful to love you still, and forevermore. Fare thee well.

Love is a canvas furnished by nature

and embroidered by imagination. ~Voltaire

See you in the New Now, Fredalupe!