Wake Up! Look Up! 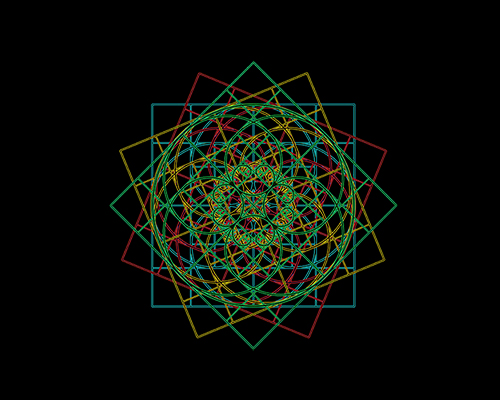 Wake Up! Look Up!

Appropriately titled, “Look up – Wake Up” – the Global Chemtrail Summit happening in Vancouver this May 7th is long in coming. The wide spread global geoengineering that’s been happening all around us for so long has always been one of our prime motivators at the New Agora, and we’re excited to be sponsoring this important event.

I’ve titled my editorial to reflect the curiosity I feel towards this topic of topics, not whereas the nefarious doings of those loonies perpetrating these crimes against all of Life are concerned, but rather what it demonstrates about the present condition of mankind’s awareness, lack thereof, and potential for change.

Perhaps it really is wake up and then look up; it’s a question I’ve been asking myself for quite a while. Of course, in part, I’m referring to those ugly artificial ‘clouds’ occluding the blue sky, the Sun itself and most people walking the Earth.

Anytime I feel like being amazed at awareness itself all I have to do is chat with any ‘conventional’ people about what they can’t seem to perceive, literally for the life of them. Hard to miss these monstrous swaths polluting our skies and lives, if you ask me, even though, often enough, they cover THE ENTIRE SKY. For heavens sake, I’ve got family members who will to this day laugh in my face at my merely suggesting the possibility that something strange is actually going on. Of course they’ve got to get beyond their selfish interests first, which is a fairly sizeable obstacle almost none seems to have the energy left from their work (toil and taxed life force) with which to notice the world they actual inhabit.

Is it really that hard to look up and see them spraying their chemical shite over our heads and eventually into our bodies? Sure seems to be. As I’ve been in the business of shall we say mentioning it since my senses, awareness, intelligence, instinct, intuition, imagination, reason, all combined with simple study, and, perhaps most importantly, perhaps not, combined with that much lauded ‘magical elixir’ and antidote (one hopes) to stupidity and ignorance, easily available to every last one of us, one that’s difficult to avoid even when you’re trying, that wondrous transformer called experience.

Certainly children born after a certain year can be somewhat excused for not having known any different world, at least for the first little while; but then all bets are off, so to speak, even for them, as they eventually must make the choice to either willingly join their societies’ insanity, keeping their heads firmly jammed up, or down, where it’s been forced throughout all the years of their indoctrination (this is an indoctrination intended to force the perception of the shitty reality of slavery and homicidal egotism prepared for them by their ‘betters’ to the exclusion of all other possibilities), or to actually get off their knees after realizing they’ve been lied to about more or less everything and maybe kick a little ass. The older generations have no such excuse and aught to collectively and personally feel somewhat ashamed of themselves, in my opinion, for having allowed this situation to continue for so long and for helping to perpetuate all the anti-human systems of ‘governance’ plaguing the human race and predating on its consciousness. In their defence they were screwed as kids too, and it’s never too late to help.

And so I chat with folks and marvel at their ability to perceive that which they choose to, despite all the evidence to the contrary, willfully blinding themselves from what literally at times blankets their entire reality! Amazing! What else has their entrained beliefs blinded them to I wonder? Isn’t consciousness a curious and mysterious affair?

I enjoy, dare I say even revel in the absolute proof positive this conundrum demonstrates, first of some of the features and truth(s) about Awareness which I’ll happily continue to share in a moment; secondly of what it implies about our capacity to transmogrify our very existence and reality; and thirdly how to go about using those same features to liberate Life.

After all, if we can transform our lives from one of perpetual slavery to one of endless wonder, mystery and freedom: why wouldn’t we want to? These simple words, the ideas behind them and the power they inspire in our indomitable spirits are enough to catapult one into a life of delight and exciting adventure, where even the so-called greatest of so-called tyrants are only there for one’s fun and enjoyment. Go figure! In fact I dare say that exactly why they are there: as The All of Everything’s way of helping us towards our own fabulousness.

What on earth am I talking about? Allow me to elucidate briefly as best I can within the parameters of this format.

Slavery is presently the undeniable state of mankind; it’s imposed and artificial and really no fun at all, for most that is. Once that is Seen to be so…one can develop the proper attitude and perspective from which to deal with such a condition, first and foremost on a personal level, then, because who doesn’t love company, by example for those around.

Example: chicken in coop notices coop, sees world outside of it, figures out what’s going on (as contrast goes it’s a big and helpful one) and starts a’ squawking and a’ wondering. Escape from the coop becomes the central motivator in its life, not socializing to make eggs or more chicks for the slaughter. Nothing alive enjoys captivity, as it is contrary to life itself.

Side note: I’m capitalizing the word ‘Seeing’ because that word is an accurate descriptor of a function of the totality of our ‘senses’ which allows for a fuller, truer, more complete and encompassing perception of reality. i.e. Seeing is the direct perception of energy. There are tried and true methods for accessing this ability and it is one we all share in potentially.

Mystery (our positive perspective of it being wonder) is the actual state of reality: it goes on forever and it’s literally endless: go ahead and try to wrap your imagination around it all and good luck to you! Once this is Seen to be so…the inescapable conclusion that as we are absolutely and unequivocally a part of that same reality we also equally and unequivocally share in that same nature. In other words: we too are a mystery, a wonder, a wonder among wonders. What joy to become free of the greatest lie we were ever imprisoned by! This grotesque masquerade we’ve been forced to imagine and embody into being stands in stark contrast to the truth of our existence. This mad spectacle’s central merit comes from being a necessary ingredient not only as the backdrop to the theatre of our lives, but also to underline that very feature: it’s theatre! Play! What else can you call living breathing talking walking laughing crying wonders taking up such a cornucopia of roles to fill a world with such endless folly! Now that’s entertainment! And who doesn’t love to laugh?

Example: chicken after noticing there’s a bigger world being kept from them for nefarious reasons, tries to share this discovery, but is met with tremendous resistance as the fellow inmates do their utmost to not perceive this newfound perspective, many doing their utmost to also shut our hero up and out. Smashing against such madness (cognitive dissonance if you prefer) demonstrates to our hero the very real and palpable difference awareness has already created. By simply being determined in following curiosity and not taking any ‘established’ feature of reality for granted our chicken has evolved. Realizing that people can be imprisoned by more then a fence, a coop, and that there are many kinds of coops, some there in front of our eyes that can surely be overcome, but others exist that are far more difficult to get beyond, invisible ones made by people and their beliefs.

Freedom is our natural state of being; once our totality is reclaimed we possess super powers. We kinda do before but they aren’t really all that accessible until we bloom. It really is that simple, not easy but simple. Discipline is the key here, forgiveness is darn handy as well, but first and foremost: NO MORE SELF PITY. Hence, one stops personally doing anything that inhibits or harms that natural state of being. We are after all our own KEEPERS of our own COOPs. There are others but that’s where we must start. All of us are familiar with that annoyingly ceaseless negative narrator in our heads that rarely shuts up long enough for us to get any peace. Once we make our intent for freedom clear and unbending in its direction we become unpalatable to those parasitical powers that seek to continually constrict and confine us within the parameters of the evil coop we’ve been tricked into creating for ourselves. And that darn voice ‘in our heads’ transforms into something amazing and now entirely at our service. Actually that is one of the keys to unlocking the power of Seeing, which is in everyones’ grasp. Silence really is golden.

Example: our hero can now See what others cannot, or will not. There is no pretending otherwise, and the more the rest of the chickens try to and insist on their captivity the more our hero burns to be free.

‘What is this world anyway?’ our hero first asks, then following that bullet-train of thought and feeling cannot help but wonder about this whole idea of chickens and coops and who’s idea was this anyway? And am I really just a chicken? A chicken in a coop? Who says? Who is jailing whom? And are those wings I’ve got?

In my humble opinion blooming is where it’s at, for each one of us individually and the whole bunch together once the party really gets started. Looking around the whole natural world seems already at it in one way or another. Inspiration is literally filling our air with the power of Love in Bloom. Creation is everywhere, even in the dark places.   Spring into transformative action!

Why not be your own hero creating your own way to freedom? Better then a chicken in a coop waiting around for dinner. Create your reality don’t just succumb to someone else’s appetite for that very thing.

Some will look up first then that will wake them to the real world they’ve been dreaming for so long. Some must wake first before being able to perceive the same. I assure you wholeheartedly that life is way more fun living with one’s eyes wide open then wide shut.   And if it all seems just a bit too much for you please remember: As the bow bends, the arrow pulled in the opposite direction of its intended flight, so too to have we been bent and pulled, held aching with the tension of certain release, aimed by our Intent for Freedom.

So, is it a bird or a plane? And are those wings I’ve got? Cluck-cluck-cluck. 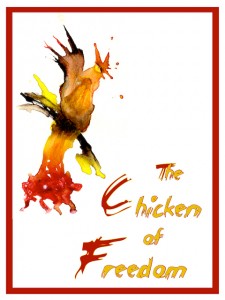