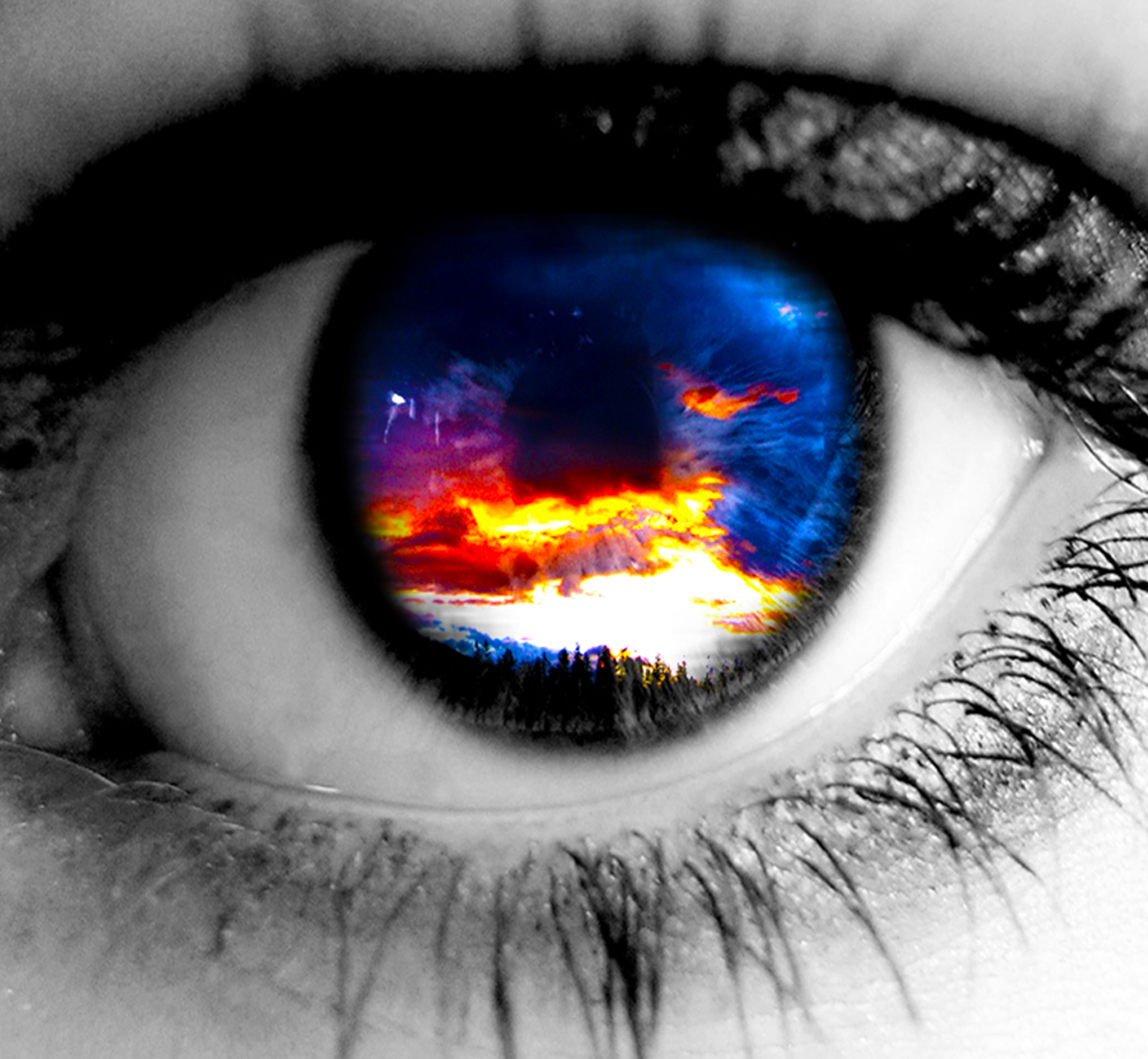 In some of my recent travels down south, down Mexico way, I came across more than one representation similar to our present cover titled ‘Galactic Empress’. That odd assortment of eyes, one above the other, two to a side, seemed to possess more than one inspired artist to take brush, or paint can rather, to wall, their graffiti gracing one’s imagination with at times blue skinned, four eyed (sometimes six eyed) female figures in a wild assortment of headgear and an altogether undeniably alien cast to their aspect.

There’s little doubt that for all the ‘Are We Alone in the Universe?’ caterwauling we’ve been subject to over the years few of us actually believe that that is so. All that’s necessary to check this for oneself is to look around: life abounds in every nook and cranny, regardless of the apparent hostility of any environment in question, life always finds a way. When wondering what may exist beyond our limits in space, time and awareness it does one good to remember that those are our limits and not necessarily any one else’s, certainly this abundance we call Life has other frontiers than those our inexperience might impose. 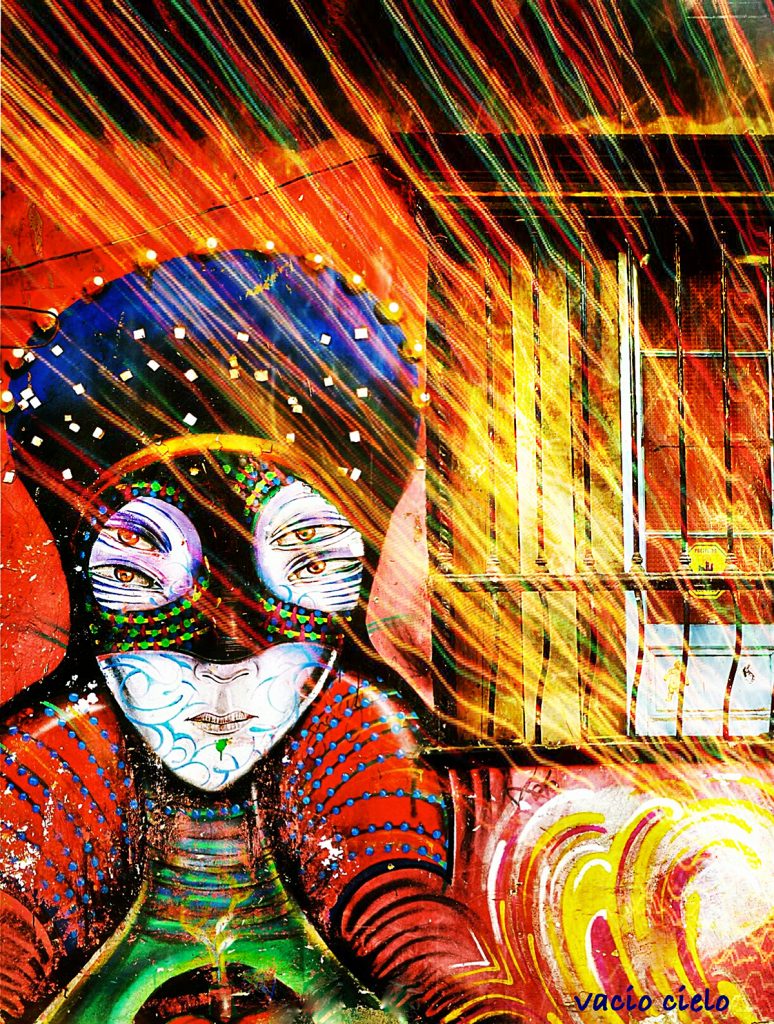 There’s also little doubt as to the alienation process so well under way whereas the human condition is concerned. As the Transhumanist agenda seems rather far along the dystopian path it has outlined and prepared, one so often explored in our science fictions, books, movies, and acted upon through social and political programming, folks are ‘looking’ rather modified, genetically, spiritually, and otherwise. Presently we’re more than a little distant from our natural selves, once all empowered and connected to Source, Nature, what have you, now not so much. There’s been a fair amount of animal husbandry and general skullduggery practiced on the unconscious masses to be sure. Our foods, waters and air have certainly been going through extensive changes, as have our modes of behaviour, interaction and ideologies. Traditions, culturally based and biased, faiths, religions, senses of self and of one another, have all been pitted against themselves, in a kind of gladiatorial floundering of antiquated purpose, one being directed towards a shockingly pliable homogeneity of substance and form in the human species. This process some have termed inevitable and merely an essential facet of the ‘great god progress’, and so we are told to continue our march towards that same inevitable merging of humanity with machine, our lives another brick in the wall penning us in and away from…what, I wonder?

As I watch humanity pass by, their eyes and attentions perpetually focused onto and through their inorganic interface of virtuality, rather than the actual world they once inhabited, I can’t help but marvel at how successful the so-called Transhumanist agenda has been, at how un-human (subhuman?) or inhumane my fellow bipedal creatures have become, so leaden down with self concern and survival that their eyes rarely rise above the horizon of their own selfishness.

Yet still there is Art, our Seers and Shaman, speaking to us of other Worlds and Ways of Being, reminding us of our true heritage as Travellers in this grand immensity of endless richness.

Yet still there are scholars and investigators, some gazing high into the heavens in wonder, some questioning the very bones themselves for answers, answers to our past present and futures.

Yet still we exist and grow and dare to search for answers that may only have mystery as their ultimate conclusion. And so we dare to ask…

Are we just mad apes or has humanity actually been colonized?   Our world without question is being literally transformed before our very eyes, bombarded with geoengineering from so many angles and for so long now as to beggar the imagination, to the degree that the skies are for the most part unrecognizable, the waters undrinkable, unless you enjoy a quick endocrine disruption to your gender, the very foodstuffs, fruits, veggies, animals and so on, denatured and genetically modified (remember we are what we eat), all in a kind of total terraforming of humanity, inside and out, land, sea and air, consciousness, imagination, intelligence, none have been spared the distortion, the artifice, the deeply flawed re-interpretation by inferior artists of what it means to us and for us to be alive.

Our alienation from the natural world has seemingly been going on since that first ‘Fall’ recorded so long ago in myth, story, religious and otherwise. It fascinates and entertains us, informs and educates us, frightens and titillates us. That familiar serpent still slithers throughout the tales we tell one another, be it with accounts of Reptilians and Greys, coming from nervous abductees, Hollywood, shapeshifting in one form or another, recounted by such luminaries as the infamous yet delightful David Icke, or John Lash in his great work ‘Not In His Image’, or by socially infecting our consciousness with lizard skinned memes propagated in a frenzy of youtubing down the rapids of social media. The theme of humanity being afraid of the ‘Other’ is as old as the hills. Looking around at the alien landscape before my eyes, this cubistic reality of artificiality presented to us as the modern world, one easily concludes that maybe there was something to all those warnings after all. A hell on earth is no paradise after all.

Myself, I possess a radically different view of time and therefore of history. I take it all as stories. As tales told they have great value, and are even often worthy of use in triangulating truth, pattern, sketching out possibilities, bigger pictures, worlds entire even. The stories of civilizations gone but for their dust, of heroes names that still echo, myths now maps, perhaps as yet unlocked by imagination as to the grandeur of their potential present. Whether cautionary or revelatory, inspiring or warning, encouraging or devastating, legend or histories, they speak still.

Time, as a stream, advances. Most are caught in the wake, its view, frothy and passing, entertains and occupies, moving as it does entirely away in entropic drops back into that tremendous Ocean of Awareness.

With energy one might turn to see that same journey from an entirely different perspective as time now advances towards us in our perception.

Not taking everything we can, the good the bad and the ‘you know what’, for the momentum it offers to propel us forward on our ultimate journey into totality, would be a waste, a poor use of energy, a shame, and contrary to the proper flow of evolution. 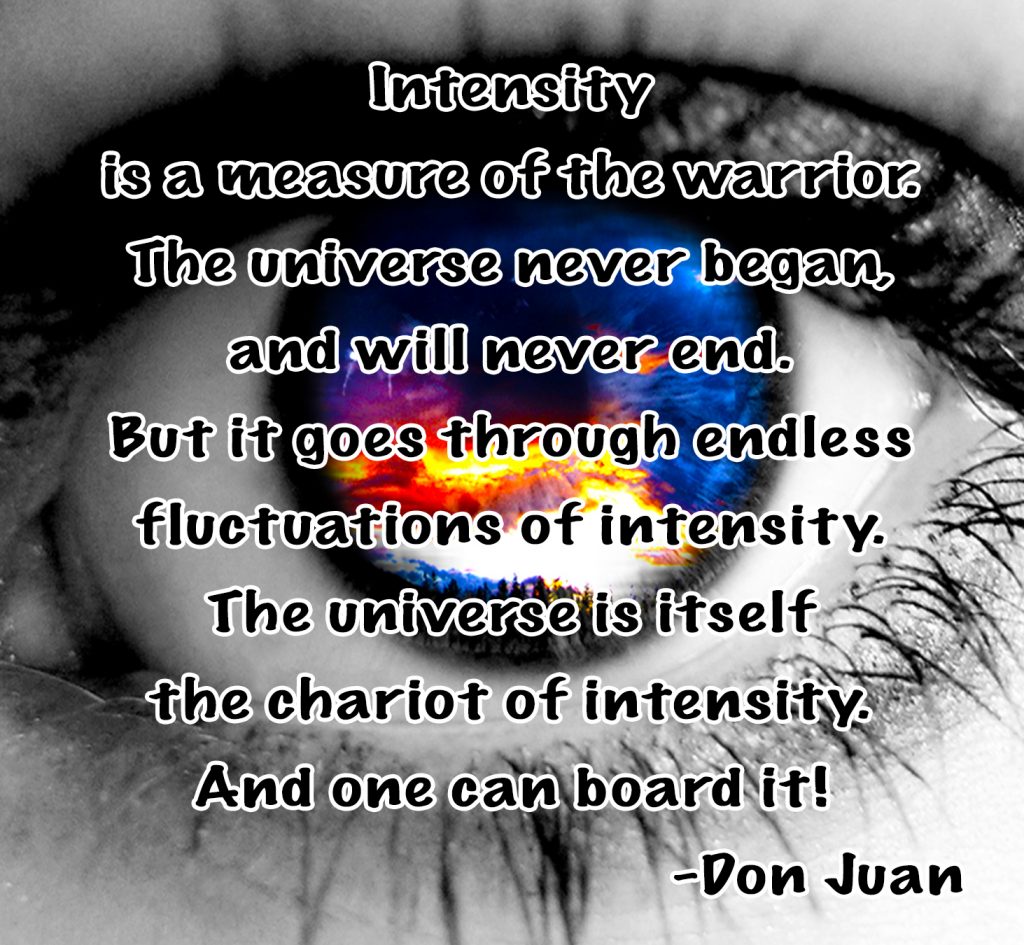 You see there’s much to this game that was explicitly avoided, though apophatically implied (see last May’s month’s column Apophasis) in our schooling, our indoctrination and general domestification, collective and personal, micro/macro. Can’t make slaves out of a free people, a free mind or spirit. But you can hurt them so much they corner themselves into believing a lie, and thereby making it so with their attention’s energy, ergo: modern ‘times’. This curbing, this heeling, this enslavement of the senses and the imagination, this thieving, this dividing, this separation, this opposing, this trickery is all done with mirrors. Take a mirror then face it with another into endless reflection. Imagine that mirror is you. Now, instead of reflecting the All of Everything outside of that larger encompassing mirror, or even seeing whatever’s outside of it directly, all that’s left is a kind of blinding self-reflection, a meta-narcissism, as is found in the present state of humanity. A perfect trap, one entirely based on a specific pattern of self concern, self pity, self importance, a selfish separateness, by design turned inward and away from everything beyond that reflection. Now, imagine smashing that mirror of self-reflection.

What an intensely challenging place is this reality of ours. Possibly all here to help teach us this one act of freedom for ourselves.

Reality. Awareness. Freedom. Tricky trying to give it all a name, a heading yet wishing to steer clear of classifications; the word World might suit us better, but for myself they’re the same, mere miradors of observation, ledges onto infinity, particular positions of perception we see ‘through’ and experience ourselves and everything else as best we are able, entirely dependent on our energy. I add this here and stress it now for truly it is all-important. The worlds we inhabit are determined by this, our energy, as are our experiences of existence.

“Classifications have a world of their own,” he continued. “After you begin to classify anything, the classification becomes alive, and it rules you. But since classifications never started as energy-giving affairs, they always remain like dead logs. They are not trees; they are merely logs.”

Cultivating one’s own energy is the antidote to being cultivated personally, culturally, socially, politically, nationally, emotionally, imaginationally, all of which are intensely inadvisable, unless of course one enjoys ones awareness being consumed.

If light is truly the source of life, surely we can all agree that it is an integral element of our nourishment, then altering it becomes a rather significant affair to all those in relation to that energy, to put it mildly. Same goes for the air we breathe, that we share, the water we drink, that we are, the earth itself, all easily capitalized not only for their obvious importance in our ‘survival’ but because they are literally a conscious part of all that is, they make up the elements of our existence, much of which we remain mostly unaware of, but here we all live and it is here we make our stand in ourselves and with one another.

And so here we are, our artists expressing their visions, our scholars exploring our possibilities, as we search around in our past for our future, as we look to the heavens for what escapes us beneath our feet.

I question everything, particularly anything that has been told to me, from the existence of gravity as opposed to simple mass, to the stars and planets of our imagined universe, flat, round or otherwise, to the presence and friendliness or lack thereof of our neighbors, interstellar, interdimensional, extradimensional, just around the corner and occasionally under the bed.   I am also at peace with the truth that it’s all a mystery, us included. I take it all as I see it come towards me, on the tips of my toes I rest, poised to move, ready to go with the flow of energies, remaining integral to the truth of my own, anchored in myself.   The stories and reported events that my fellows share with me, along with their intriguing interpretations and imaginings delight me in equal measure as the realities of the times horrify and educate me on my definitive journey into the unknown, helping me to discover what I am as they do what I am not. 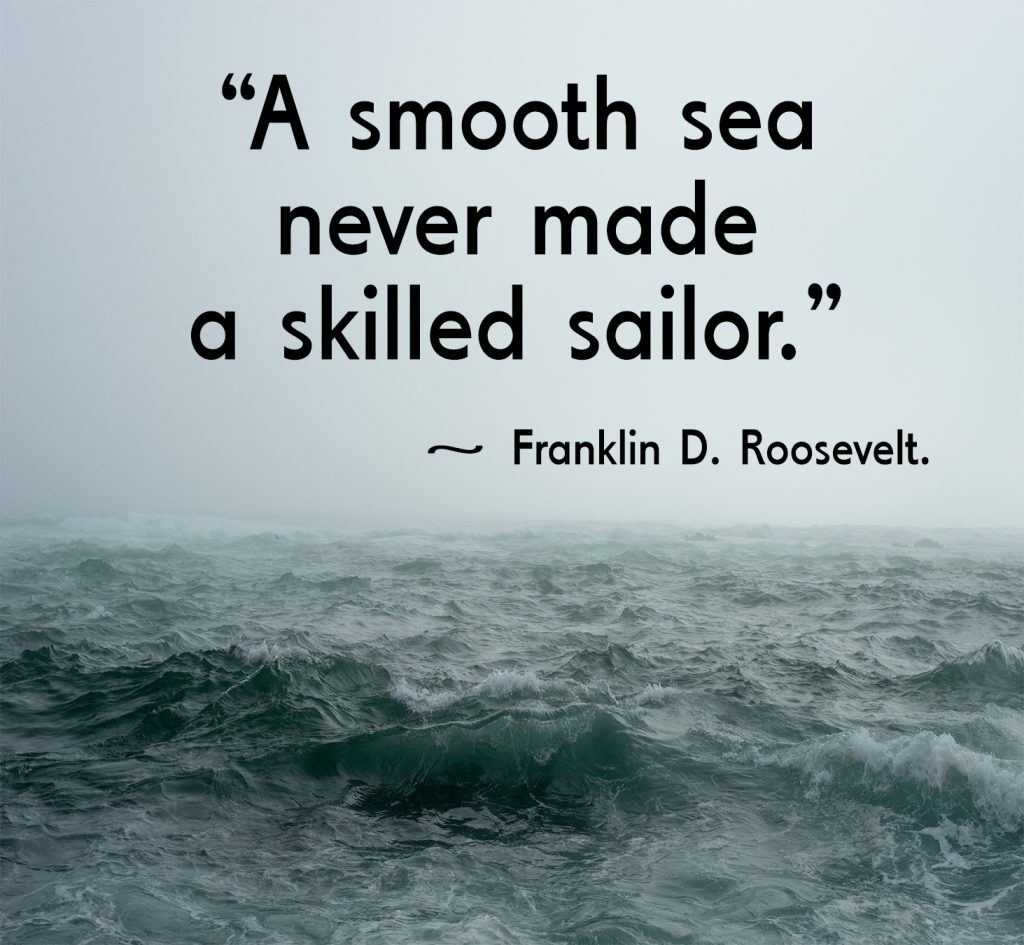 Quite the ride so far that much is true.

Quite the daring bunch we are too.