15 Quotes From Alan Watts’ Book: ‘Out of Your Mind’ 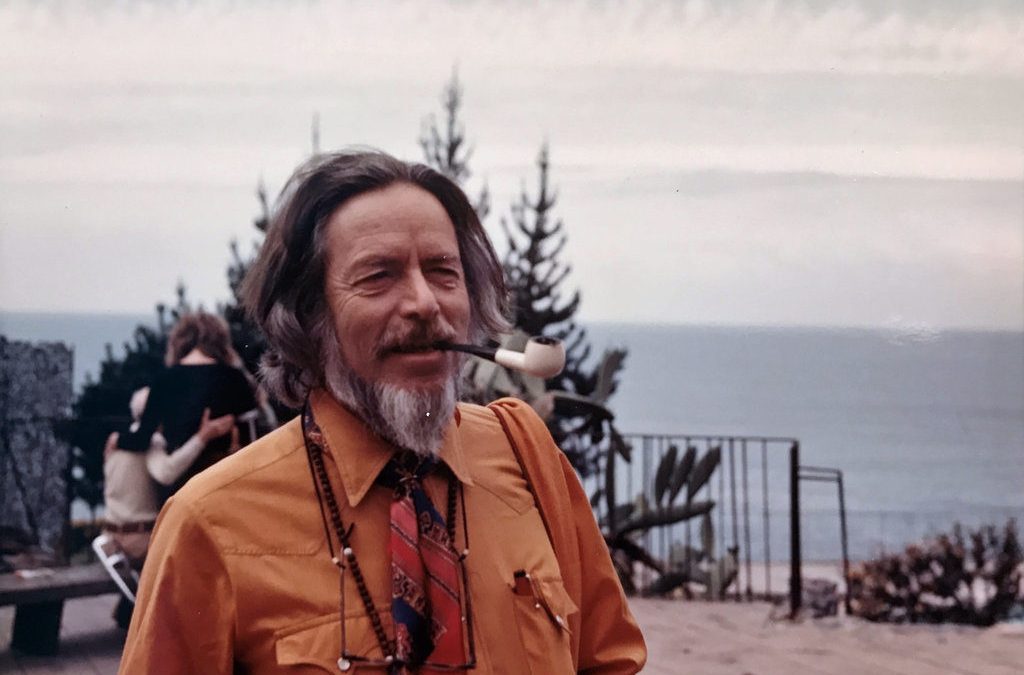 15 Quotes From Alan Watts’ Book: ‘Out of Your Mind’

In the middle of yoga class the other day, sweaty, exhausted, and holding a pose for what seemed an eternity, my teacher reminded me of the wisdom of Alan Watts with a single quote that would ultimately make me forget about the physical discomfort I was in, and allow me to fully connect to the beauty of the moment at hand.

The recitation reminded me in that moment that what I was feeling was not permanent, and I was choosing to be there to be enlivened, not lifeless. I wanted to feel, to sweat, to dig deeper mentally and physically. And so I let it happen, and suddenly the moment was exactly what I wanted it to be.

Alan Wilson Watts was a British philosopher, writer, and speaker, best known for his interpretation and popularization of Asian philosophies for the Western minds. His more than 25 books and various articles spanned sensational subjects, including personal identity, higher consciousness, the true nature of reality, the meaning of life, and the pursuit of happiness without the desire for materialism.

Perhaps the most profound part of Watts was that he had the incredible ability of expressing complex thoughts in the simplest of ways.

Here is a glimpse into some of his most awakening quotes:

1. “Things are as they are. Looking out into the universe at night, we make no comparisons between right and wrong stars, nor between well and badly arranged constellations.”

3. “No one is more dangerously insane than one who is sane all the time: he is like a steel bridge without flexibility, and the order of his life is rigid and brittle.”

4. “Without birth and death, and without the perpetual transmutation of all the forms of life, the world would be static, rhythm-less, undancing, mummified.”

5. “What we have forgotten is that thoughts and words are conventions, and that it is fatal to take conventions too seriously. A convention is a social convenience, as, for example, money … but it is absurd to take money too seriously, to confuse it with real wealth … In somewhat the same way, thoughts, ideas and words are ‘coins’ for real things.”

7. “Just as true humor is laughter at oneself, true humanity is knowledge of oneself.”

9. “This is the real secret of life – to be completely engaged with what you are doing in the here and now. And instead of calling it work, realize it is play.”

10. “The meaning of life is just to be alive. It is so plain and so obvious and so simple. And yet, everybody rushes around in a great panic as if it were necessary to achieve something beyond themselves.”

11. “What I am really saying is that you don’t need to do anything, because if you see yourself in the correct way, you are all as much extraordinary phenomenon of nature as trees, clouds, the patterns in running water, the flickering of fire, the arrangement of the stars, and the form of a galaxy. You are all just like that, and there is nothing wrong with you at all.”

12. “The only way to make sense out of change is to plunge into it, move with it, and join the dance.”

13. “There will always be suffering. But we must not suffer over the suffering.”

14. “To put is still more plainly: the desire for security and the feeling of insecurity are the same thing. To hold your breath is to lose your breath. A society based on the quest for security is nothing but a breath-retention contest in which everyone is as taut as a drum and as purple as a beet.”

15. “Faith is a state of openness or trust. To have faith is to trust yourself to the water. When you swim you don’t grab hold of the water, because if you do you will sink and drown. Instead you relax, and float. And the attitude of faith is the very opposite of clinging to belief, of holding on. In other words, a person who is fanatic in matters of religion, and clings to certain ideas about the nature of God and the universe, becomes a person who has no faith at all. Instead they are holding tight. But the attitude of faith is to let go, and become open to truth, whatever it might turn out to be.”