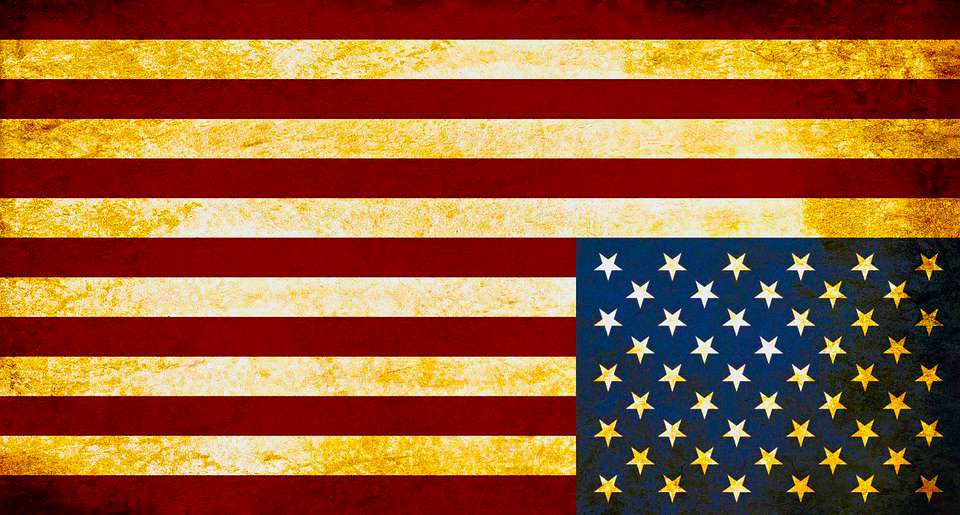 “Tyranny does not flourish because perpetuators are helpless and ignorant of their actions. It flourishes because they actively identify with those who promote vicious acts as virtuous.”—An academic study into pathocracy

Disgruntled mobs. Martial law. A populace under house arrest. A techno-corporate state wielding its power to immobilize huge swaths of the country. A Constitution in tatters.

Between the riots, lockdowns, political theater, and COVID-19 mandates, 2021 was one for the history books.

In our ongoing pursuit of life, liberty and happiness, here were some of the stumbling blocks that kept us fettered:

Riots, martial law and the Deep State’s coup. A simmering pot of political tensions boiled over on January 6, 2021, when protesters stormed the Capitol because the jailer of their choice didn’t get chosen to knock heads for another four years. It took no time at all for the nation’s capital to be placed under a military lockdown, online speech forums restricted, and individuals with subversive or controversial viewpoints ferreted out, investigated, shamed and/or shunned. The subsequent military occupation of the nation’s capital by 25,000 troops as part of the so-called “peaceful” transfer of power from one administration to the next was little more than martial law disguised as national security. The January 6 attempt to storm the Capitol by so-called insurrectionists created the perfect crisis for the Deep State—a.k.a. the Police State a.k.a. the Military Industrial Complex a.k.a. the Techno-Corporate State a.k.a. the Surveillance State—to swoop in and take control.

The imperial president. All of the imperial powers amassed by Donald Trump, Barack Obama and George W. Bush—to kill American citizens without due process, to detain suspects indefinitely, to strip Americans of their citizenship rights, to carry out mass surveillance on Americans without probable cause, to suspend laws during wartime, to disregard laws with which he might disagree, to conduct secret wars and convene secret courts, to sanction torture, to sidestep the legislatures and courts with executive orders and signing statements, to direct the military to operate beyond the reach of the law, to act as a dictator and a tyrant, above the law and beyond any real accountability—were inherited by Joe Biden, the nation’s 46th president.

The Surveillance State. On any given day, the average American going about his daily business was monitored, surveilled, spied on and tracked in more than 20 different ways, by both government and corporate eyes and ears. In such a surveillance ecosystem, we’re all suspects and databits to be tracked, catalogued and targeted. Consider that it took days, if not hours or minutes, for the FBI to begin the process of identifying, tracking and rounding up those suspected of being part of the Capitol riots. Imagine how quickly government agents could target and round up any segment of society they wanted to based on the digital trails and digital footprints we leave behind.

Digital tyranny. In response to the events of Jan. 6, the tech giants meted out their own version of social justice by way of digital tyranny and corporate censorship. Suddenly, individuals, including those who had no ties to the Capitol riots, began to experience lock outs, suspensions and even deletions of their social media accounts. It signaled a turning point in the battle for control over digital speech, one that leaves “we the people” on the losing end of the bargain.

A new war on terror. “Domestic terrorism,” used interchangeably with “anti-government,” “extremist” and “terrorist,” to describe anyone who might fall somewhere on a very broad spectrum of viewpoints that could be considered “dangerous,” became the new poster child for expanding the government’s powers at the expense of civil liberties. As part of his inaugural address, President Biden pledged to wage war on so-called political extremism, ushering in what investigative journalist Glenn Greenwald described as “a wave of new domestic police powers and rhetoric in the name of fighting ‘terrorism’ that are carbon copies of many of the worst excesses of the first War on Terror that began nearly twenty years ago.” The ramifications are so far-reaching as to render almost every American an extremist in word, deed, thought or by association.

Government violence. The death penalty may have been abolished in Virginia in 2021, but government-sanctioned murder and mayhem continued unabated, with the U.S. government acting as judge, jury and executioner over a populace that had already been pre-judged and found guilty, stripped of their rights, and left to suffer at the hands of government agents trained to respond with the utmost degree of violence. Police particularly posed a risk to anyone undergoing a mental health crisis or with special needs whose disabilities may not be immediately apparent.

Culture wars. Political correctness gave way to a more insidious form of group think and mob rule which, coupled with government and corporate censors and a cancel culture determined not to offend “certain” viewpoints, was all too willing to eradicate views that do not conform. Critical race theory also moved to the forefront of the culture wars.

Home invasions. Government agents routinely violated the Fourth Amendment at will under the pretext of public health and safety. This doesn’t even begin to touch on the many ways the government and its corporate partners-in-crime used surveillance technology to invade homes: with wiretaps, thermal imaging, surveillance cameras, and other monitoring devices. However, in a rare move, the Supreme Court put its foot down in two cases—Caniglia v. Strom and Lange v. California—to prevent police from carrying out warrantless home invasions in order to seize lawfully-owned guns under the pretext of their so-called “community caretaking” duties and from entering homes without warrants under the guise of being in “hot pursuit” of someone they suspect may have committed a crime.

Bodily integrity. Caught in the crosshairs of a showdown between the rights of the individual and the so-called “emergency” state, concerns about COVID-19 mandates and bodily integrity remained part of a much larger debate over the ongoing power struggle between the citizenry and the government over our property “interest” in our bodies. This debate over bodily integrity covered broad territory, ranging from abortion and forced vaccinations to biometric surveillance and basic healthcare. Forced vaccinations, forced cavity searches, forced colonoscopies, forced blood draws, forced breath-alcohol tests, forced DNA extractions, forced eye scans, forced inclusion in biometric databases: these were just a few ways in which Americans continued to be reminded that we have no control over what happens to our bodies during an encounter with government officials.

COVID-19. What started out as an apparent effort to prevent a novel coronavirus from sickening the nation (and the world) became yet another means by which world governments (including our own) expanded their powers, abused their authority, and further oppressed their constituents. Now that the government has gotten a taste for flexing its police state powers by way of a bevy of lockdowns, mandates, restrictions, contact tracing programs, heightened surveillance, censorship, overcriminalization, etc., it remains to be seen how the rights of the individual will hold up in the face of long-term COVID-19 authoritarianism.

Financial tyranny. The national debt (the amount the federal government has borrowed over the years and must pay back) exceeded $29 trillion and is growing. That translates to almost $230,000 per taxpayer. The amount this country owes is now greater than its gross domestic product (all the products and services produced in one year by labor and property supplied by the citizens). That debt is also growing exponentially: it is expected to be twice the size of the U.S. economy by 2051. Meanwhile, the government continued to spend taxpayer money it didn’t have on programs it couldn’t afford; businesses shuttered for lack of customers, resources and employees; and consumers continued to encounter global supply chain shortages (and skyrocketing prices) on everything from computer chips and cars to construction materials.

Global Deep State. Owing in large part to the U.S. government’s deep-seated and, in many cases, top-secret alliances with foreign nations and global corporations, it became increasingly obvious that we had entered into a new world order—a global world order—made up of international government agencies and corporations. We’ve been inching closer to this global world order for the past several decades, but COVID-19, which saw governmental and corporate interests become even more closely intertwined, shifted this transformation into high gear. Fascism became a global menace.

20 years of crises. Every crisis—manufactured or otherwise—since the nation’s early beginnings has become a make-work opportunity for the government to expand its reach and its power at taxpayer expense while limiting our freedoms at every turn: The Great Depression. The World Wars. The 9/11 terror attacks. The COVID-19 pandemic. Indeed, the government’s (mis)management of various states of emergency in the past 20 years from 9/11 to COVID-19 has spawned a massive security-industrial complex the likes of which have never been seen before.

The state of our nation. There may have been a new guy in charge this year, but for the most part, nothing changed. The nation remained politically polarized, controlled by forces beyond the purview of the average American, and rapidly moving the nation away from its freedom foundation. Over the past year, due in part to the COVID-19 pandemic, Americans found themselves repeatedly subjected to egregious civil liberties violations, invasive surveillance, martial law, lockdowns, political correctness, erosions of free speech, strip searches, police shootings of unarmed citizens, government spying, the criminalization of lawful activities, warmongering, etc.

In other words, as I make clear in my book Battlefield America: The War on the American People and in its fictional counterpart The Erik Blair Diaries, the more things changed, the more they stayed the same.