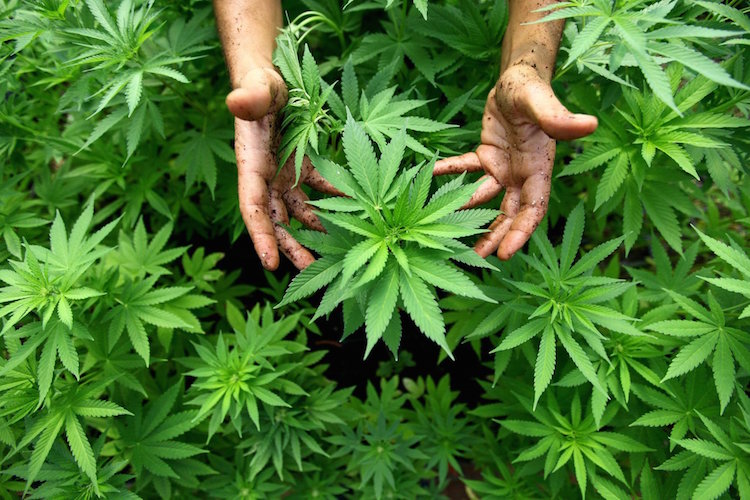 Scientists are continuously discovering new ways that cannabis can benefit human health. Typically, researchers publish these discoveries in peer-reviewed journals. Yet, most cannabis research never makes its way into mainstream news. In the public eye, these studies go unnoticed.

Here are five examples of cannabis research that warrant our attention.

1. Cannabis May be a Potential Alternative to Opioids

Opioids have recently received a fair share of scrutiny, and for a good reason. Thomas Gilson, the medical examiner for Cuyahoga County, Ohio, stated:

“If you look at how many people die in the country from opiate overdose, we’re looking at the same number of casualties as the entire Vietnam conflict.”

Could cannabis be a safer treatment for pain, without the high risk of overdose?

New cannabis research from Israel examined the safety of cannabis use among the elderly. The researchers administered cannabis treatment to 2,736 patients, with a median age of 74.5.

Here are the findings, as published in February 2018 in the European Journal of Internal Medicine:

After six months of treatment, 93.7% of the respondents reported improvement in their condition and the reported pain level was reduced from a median of 8 on a scale of 0-10 to a median of 4. After six months, 18.1% stopped using opioid analgesics or reduced their does.

This research shows that cannabis has promise when it comes to offering an alternative to opioids.

We’ve all heard that drinking too much alcohol compromises liver health. Do the observed anti-inflammatory effects of cannabis also affect the development of liver disease?

A group of researchers from the University of Massachusetts Medical School set out to “determine the effects of cannabis use on the incidence of liver disease in individuals who abuse alcohol.” In their study, they analyzed discharge records from the 2014 Healthcare Cost and Utilization Project – Nationwide Inpatient Sample (NIS)

They studied four phases of liver disease in 319,000 patients, who had a past or current history of abusive alcohol use. The stages include: alcoholic steatosis (AS) or alcoholic fatty liver; steatohepatitis (AH) or non-alcoholic fatty liver; cirrhosis (AC); and hepatocellular carcinoma (HCC) or essentially liver cancer.

Given these findings, one can’t help but wonder why alcohol is legal and cannabis isn’t.

3. Cannabis May Help Ward Off Dementia

One of the biggest anti-cannabis arguments is that it impairs our cognitive abilities. Yet, is cannabis really all that bad for the brain?

According to recent animal research published in May 2017, tetrahydrocannabinol (THC) has a beneficial influence on the aging brain. Researchers tested the learning, memory, orientation and recognition skills in laboratory animals. They found that 18-month-old mice given THC demonstrated cognitive skills equal to 2-month-old controls. On the other hand, the placebo group showed cognitive deterioration normal in their age group.

Neurobiologist Andreas Zimmer of the University of Bonn stated:

The treatment completely reversed the loss of performance in the old animals. We repeated these experiments many times. It’s a very robust and profound effect.” Even more remarkable, gene activity and the molecular profile in the brain tissue was that of much younger animals. Specifically, neurons in the hippocampus grew more synaptic spines — points of contact necessary for communication between neurons.

Rather than dulling or impairing cognition, THC appears to reverse the aging process and improve mental processes. This raises the possibility it might be useful for the treatment of dementia.

Specifically, much research surrounds the effects of THC and cannabidiol (CBD) cannabinoids, with many studies concluding that cannabis kills cancer cells.

For example, Dr. Christina Sanchez from the Complutense University of Madrid was involved in several studies that indicated THC is a cancer killer. One of her studies entailed the application of THC compounds to brain cancer cell cultures.

Sanchez and her team discovered that after being treated with THC, cancer cells were committing suicide. Sanchez explains why cannabis treatment is preferred over conventional treatments:

One of the advantages of cannabinoids, or cannabinoid based medicines, would be that they target a specifically, tumor cells. They don’t have any toxic effect on normal, non-tumoral cells. This is an advantage with respect to standard chemotherapy that target basically everything.

In another study, a synthetic form of THC called Dronabinol was just as effective. Researchers from University Hospital Tübingen in Germany evaluated the anti-leukemic efficacy of THC. They administered this cannabinoid to several types of leukemia cells ex vivo.

They published the following conclusion in BMC Cancer:

Our study provides rigorous data to support clinical evaluation of THC as a low-toxic therapy option in a well-defined subset of acute leukemia patients.

Cannabis Science believes that cannabis extracts are critical instruments in cancer treatment and that we have an obligation to produce and make available the most effective and efficient cannabis products to our anti-cancer modalities.

There is some speculation that cannabis use may increase your risk of hypertension. But how much do we really know about the link between cardiovascular health and cannabis?

A group of researchers in California, Pennsylvania and New York evaluated 24 studiesto see if they could identify a clear correlation. All the studies enrolled adults using some form of cannabis.

Some of the evaluated studies examined associations between cannabis use and vascular risk factors. These risk factors include hyperglycemia, diabetes, dyslipidemia, and obesity. The remainder of the studies examined the link between cannabis use and outcomes such as stroke, myocardial infarction, cardiovascular mortality, and all-cause mortality.

In the end, the researchers concluded that all of the evaluated studies were insufficient in offering sound evidence.

The lack of mainstream reporting on cannabis research results from persistent opposition to the medical cannabis movement. Federal drug laws have stigmatized cannabis use, equating it to heroine and crack cocaine. As well, the mainstream medical industry aligns with the belief that cannabis is a dangerous drug. Therefore, it will take some time for the mainstream to recognize and publicize discoveries of the many health benefits of cannabis.

Regardless, it is important to remember that potential downsides to cannabis use do exist. As with all substances that affect the body, adverse effects may surface. With cannabis, for example, these effects include dizziness and increased anxiety. All the researchers involved in the studies mentioned herein have concluded that more cannabis research is imperative to fully understand the benefits and potential dangers of this plant.

Anna Hunt is writer, yoga instructor, mother of three, and lover of healthy food. She’s the founder of Awareness Junkie, an online community paving the way for better health and personal transformation. She’s also the co-editor at Waking Times, where she writes about optimal health and wellness. Anna spent 6 years in Costa Rica as a teacher of Hatha and therapeutic yoga. She now teaches at Asheville Yoga Center and is pursuing her Yoga Therapy certification. During her free time, you’ll find her on the mat or in the kitchen, creating new kid-friendly superfood recipes.

This article (5 Cannabis Research Findings that Should’ve Been on the Front Page) was originally created and published by Waking Times and is published here under a Creative Commonslicense with attribution to Anna Hunt and WakingTimes.com. It may be re-posted freely with proper attribution, author bio, and this copyright statement.

Disclaimer: This article is not intended to provide medical advice, diagnosis or treatment. Views expressed here do not necessarily reflect those of Waking Times or its staff.