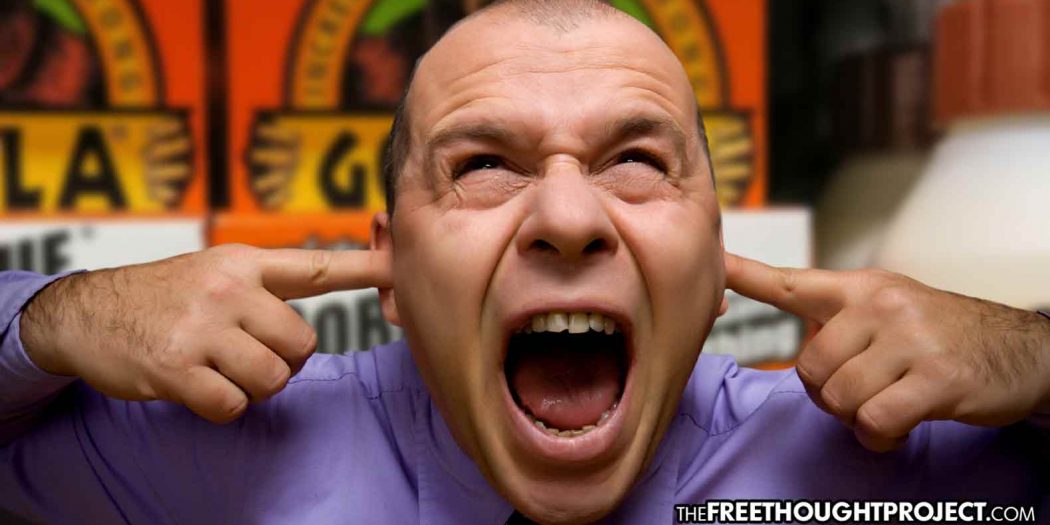 Louisiana resident, Tessica Brown became internet famous this week when she ran out of hairspray and made the extremely poor decision to use Gorilla Glue spray adhesive to style her hair instead of her normal product. Because the internet is such a strange and ridiculous place, Brown’s Instagram post about her hair debacle generated millions of interactions.

Despite Brown’s mistake being entirely her fault, good people on the internet reached out to help her and humanity showed its good side — briefly. While the help and kindness dwindled, however, the conversation devolved into arguments over her incident — which she solely did on her own — as an act of racism. 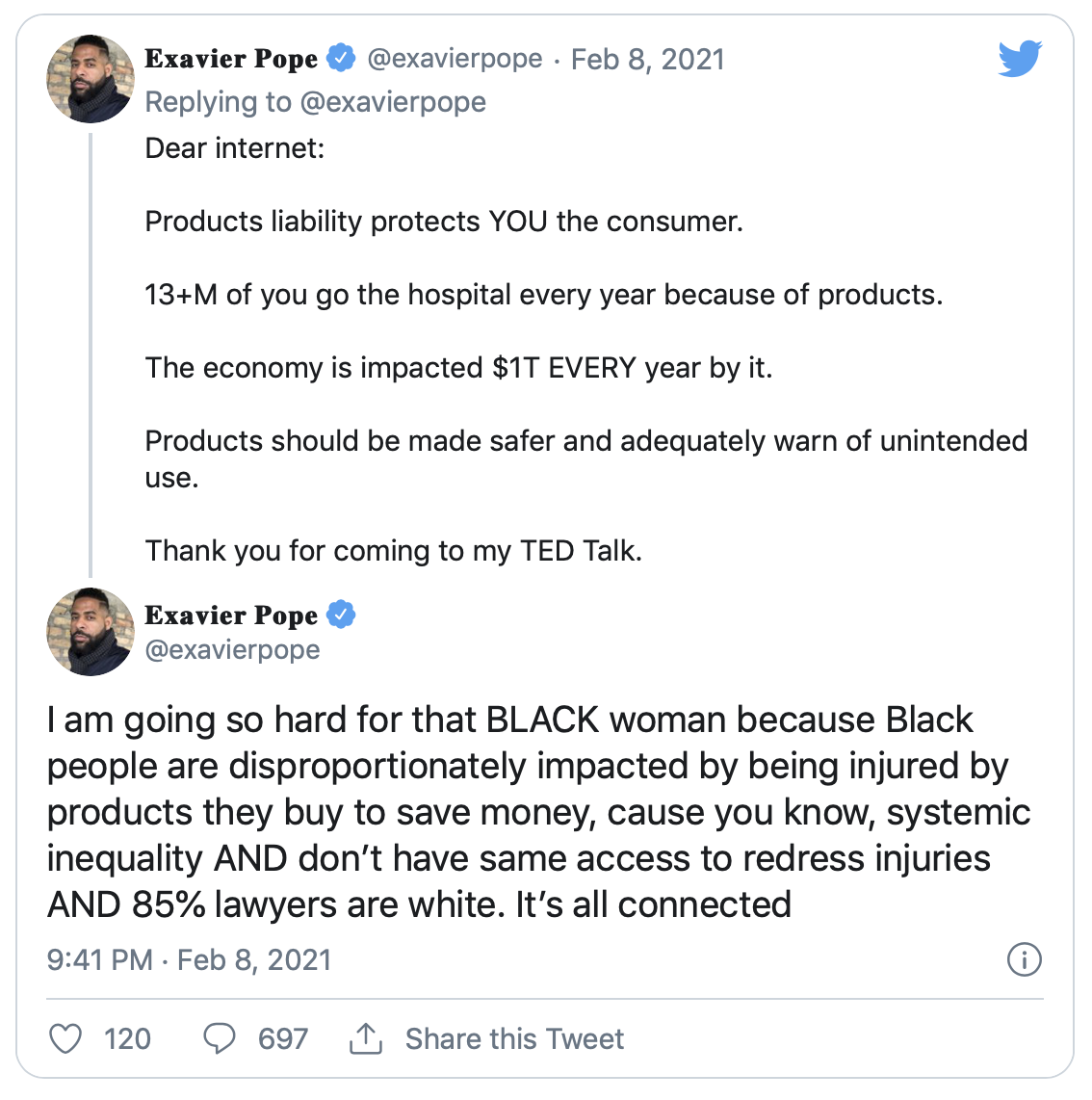 The Gorilla Glue debacle then transitioned from an act of racism into an act of litigation as lawyers likely convinced Brown to sue the company. Even though Brown didn’t buy the Gorilla Glue on the beauty supply aisle, legal action is being taken against the company for Brown’s decision to use it in her hair — despite clear warnings.

Despite the bottle clearly warning people not to get it on their eyes, skin, or clothing, because the label says “multi use” and doesn’t explicitly mention “hair,” the vulture class ambulance chasers convinced Brown she has a case against the Gorilla company.

Apparently even forks will now have to come with explicit warnings that say don’t ram in your eye. Common sense, in 2021, is dead.

While the Gorilla Glue debacle continued to trend on Twitter for days on end, events which seriously affect the lives of Americans took place, relatively unreported in the mainstream media and shunned by Big Tech’s algorithms.

The Free Thought Project has compiled a list of these stories so that we can attempt to inject them into the dumpster fire that is the social media conversation on Gorilla Glue.

5. New Legislation Allows Tech Companies to Create Their Own Governments

This month, Democratic Gov. Steve Sisolak announced a plan to launch so-called Innovation Zones in Nevada to jumpstart the state’s economy by attracting technology firms. Essentially, if your corporation has enough money, it could soon be its own government, on its own land, with its own laws, thanks to the particularly ominous legislation out of Nevada.

Sisolak announced plans for these Innovation Zones in January, however, exactly what they were and how they would work was unclear. But thanks to the tiresless work of the folks at the Journal, we now have an idea.

According to a draft of the proposed legislation, obtained by the Review-Journal but not yet introduced in the Legislature, Innovation Zones would allow tech companies like Blockchains, LLC to effectively form separate local governments in Nevada, governments that would carry the same authority as a county, including the ability to impose taxes, form school districts and justice courts and provide government services, to name a few duties.

What could possibly go wrong with corporations being their own government? Umbrella Corps anyone?

Paris Hilton made a surprise appearance at the Utah State Legislature on Monday to testify in favor of a new bill that regulates so-called “troubled teen” facilities.

Utah is considering a new piece of legislation that would attempt to prevent such horrifying abuses from happening in the future and Hilton was there in support of it.  Senate Bill 127would put these facilities that deal with youth who are facing addiction, behavioral and other issues under more oversight, including regular reports to the state on how they utilize restraints.

Currently, these centers are not subject to any spot inspections and do not have to report when they restrain a child, use a chemical restraint, or otherwise abuse the children. Under the current law in Utah, this lack of oversight allows abuses like the ones faced by Hilton to go unchecked.

“That small room covered in scratch marks and smeared blood with no bathroom is one of the most vivid and traumatizing memories I’ve ever experienced in my entire life,” she said. “Children were restrained, hit, thrown into walls, strangled and sexually abused regularly at Provo.”

Provo is just one of the many school in which the abuse is alleged to have occurred and Hilton’s testimony was backed up by other victims who described similar situations.

As TFTP has reported, the opioid overdose epidemic in the United States right now is at historical highs and likely approaching 100,000 deaths in the last 12 month period. These rates are increasing as the lockdowns persist. However, though many of the overdoses can be attributed to the state’s tyrannical lockdown orders, the spike in deaths began before the lockdowns.

But there is a potential solution.

According to data published in the journal Pain Medicine, opioid drug use patterns over a six-month period were assessed in a cohort of 1,145 authorized medical cannabis patients. Researchers discovered that baseline opioid use was reported by 28% of participants. At the completion of the assessment, opioid use among participants dropped to 11% at 6 months. What’s more, all the participants’ mean opioid dosage fell by 78 percent over the trial period.

As Norml.org points out, researchers also reported declines in subjects’ use of prescription anti-depressants, benzodiazepines, and anti-seizure medications.

This data backs up a trove of research already published. In fact, TFTP has been reporting on it for years but the mainstream media seems more concerned with racist Gorilla Glue products than reporting on issues that could save countless lives.

2. Most Tyrannical Gun Control Bill in History Targets the Poor, Will Make Millions of Felons Overnight

HR127, known as the Sabika Sheikh Firearm Licensing and Registration Act introduced by Rep. Jackson Lee, Sheila [D-TX-18], is, without a doubt, the most tyrannical gun control bill ever proposed. Like all gun control measures, this bill would hit the poor and minority communities the hardest. Its massive scope would also turn tens of millions of legal, law abiding gun owners into felons overnight.

Former vice presidential candidate for the Libertarian Party, Spike Cohen points out that “HR127 would be most heavily enforced against those with the least ability to defend themselves in court: the poor, and minorities. It will also make things much worse in marginalized communities, where only police and criminals will have guns.”

The bill forces citizens to pay $800 per year to the government just to own a gun. It also bans magazines that hold over 10 rounds — turning millions of law abiding Americans into criminals overnight. It also creates a public database of gun ownership which paves the way for big tech and woke cults to target their political rivals.

1. Supreme Court to Decide if Police Can Warrantlessly Raid Homes and Seize Guns of Innocent Citizens

While the bill mentioned above is the epitome of American tyranny, it didn’t lay out any guidelines for violating a citizen’s Fourth Amendment right. Next month, however, the Supreme Court will be considering exactly that — can cops enter a home to seize guns without a warrant?

In March, the Supreme Court will hear the case of Caniglia v. Strom, which asks the question of whether a legal exception to the Fourth Amendment which allows cops to search cars without a warrant requirement extends to the home.

The case has been making its way through the courts, with the courts ruling in favor of warrantless searches. The federal court just below the Supreme Court, the 1st Circuit Court of Appeals ruled that it is fine and dandy for cops to warrantlessly search your home and take your guns because they need “elbow room” to provide safety.

“At its core, the community caretaking doctrine is designed to give police elbow room to take appropriate action when unforeseen circumstances present some transient hazard that requires immediate attention. Understanding the core purpose of the doctrine leads inexorably to the conclusion that it should not be limited to the motor vehicle context. Threats to individual and community safety are not confined to the highways,” the court wrote.

As Forbes points out, unlike the “exigent circumstances” and “emergency aid” exceptions, the community caretaking exception is not limited to circumstances where there is no time to apply for a warrant. And the question of what sort of caretaking falls under this exception is extremely vague. Will the police be able to use it to, for example, conduct warrantless searches of political protesters’ homes to make sure they aren’t planning on violent behavior at their next political rally?

We have already seen tech giants like Facebook hand over the private messages of those who talked about the events of January 6. If this ruling is upheld, it could pave the way for cops to raid the homes of those who engage in peaceful discourse based solely on the premise that violence might happen.

But, by all means, please tell me more about how Gorilla Glue is racist.