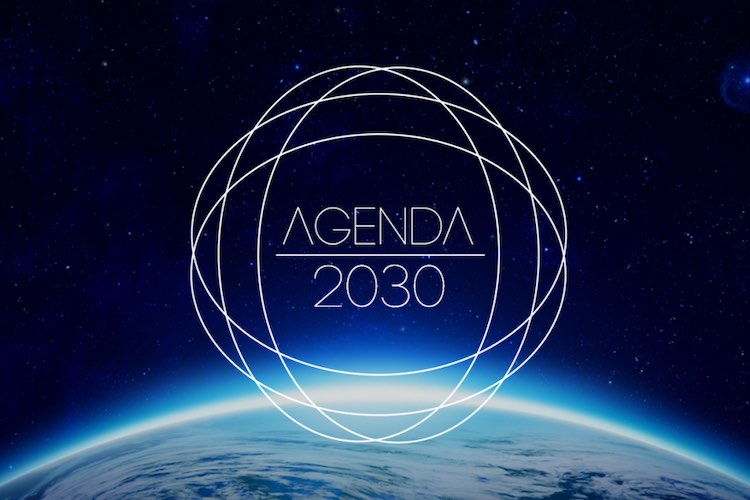 The Green New Deal, submitted by new US Congresswoman Alexandria Ocasio-Cortez, is more like a green fantasy wish-list than a political bill. This so-called Green New Deal, which can be read here, promotes a broad, utopian-like future where magically everyone gets all their energy from non-polluting sources, everyone has a high-paying job with paid vacation, everyone has high-quality health care and everyone has retirement security. Not surprisingly, it does not spell out how the USG (United States Government) and its taxpayers are supposed to pay for all this. Even the name “Green New Deal” contains the phrase “New Deal” which refers to the sweeping socialistic changes to US law and society made in the 1930s by then US President Roosevelt, which included starting the Social Security Administration, confiscating the gold of Americans and substantially expanding the power and jurisdiction of the Federal Government.

Ocasio-Cortez is just a naive poster woman for a sinister agenda about which she is ultimately clueless. She has been given an undue and exorbitant amount of media attention for a freshman congresswoman (just 1 congresswoman out of 435), not because she’s intelligent or unique, but because the people really pushing this agenda own the MSM and can dictate what the public focus on. The truth is that the Green New Deal is just another incarnation of a far-reaching plan to bring about a One World Government via the UN (United Nations) Agenda 2030 (formerly Agenda 21). This Global Governance as they like to call it is planned to be a worldwide totalitarian socialist dictatorship; there is nothing utopian about it. Below are 5 ways in which the Green New Deal very closely mimics the wording, aims and targets of Agenda 2030.

Similarity #1: Green New Deal Aims at Changes Being Done by 2030

Agenda 21 was replaced by Agenda 2030, so-called because it contained a list of 17 goals and 169 targets that were to be achieved by the year 2030. Interestingly enough, the Green New Deal also aims at achieving its objectives by this date as stated in the US Green Party’s summary of it:

Similarity #2: Sustainable Energy for All

The Green New Deal states that it is the “duty” of the Federal Government to meet “100 percent of the power demand in the United States through clean, renewable, and zero-emission energy sources.” Goal 7 of Agenda 2030 states: “Ensure access to affordable, reliable, sustainable and modern energy for all.” Sustainable energy for all – sounds great. Who’s going to pay for it? What are we going to have to give up to get it? Privacy? Autonomy? Can we only get this new sustainable energy if we move house into an “approved” area (i.e. a Smart City Megalopolis) and submit to being on the grid 24/7 with Smart Meters radiating us? Who granted the US or UN the authority and jurisdiction to “care” for all their citizens like this? The more we allow these governing bodies to take responsibility for an aspect of life, the more power they assume.

Similarity #3: Climate Change is a Threat

The Green New Deal states (pg. 4) that “climate change constitutes a direct threat to the national security of the United States.” Goal 13 of Agenda 2030 is to “take urgent action to combat climate change and its impacts.” Notice the term keeps changing from “man-made global warming” to “man-made climate change” to simply “climate change” to continue the charade. Of course the climate is changing; it always has and it always will. Most skeptics of AGW (Anthropogenic Global Warming) readily admit that the climate changes. The question is how much humanity is causing it. The point is also that it cannot scientifically be due to the minuscule amounts of CO2 humanity emits. Note how both the Green New Deal and Agenda 2030 make sure to get the propaganda in that we must rally around saving the environment (and submit to a NWO [New World Order] in the process as a side effect). The Green New Deal spares no exaggeration by saying that climate change (a rise of 2ºC) will cause “mass migration from the regions most affected by climate change” and cost the US “$500 billion in lost annual economic output by the year 2100.” It also blames climate change for “wildfires that, by 2050, will annually burn at least twice as much forest area in the western United States than was typically burned by wildfires in the years preceding 2019” however the real reason for those lies elsewhere.

The Green New Deal proposes “(1) to create millions of good, high-wage jobs in the United States; (2) to provide unprecedented levels of prosperity and economic security for all people of the United States” while in Goal 8, Agenda 2030 wants to “promote sustained, inclusive and sustainable economic growth, full and productive employment and decent work for all.” Sounds great as always, but how? Who is going to organize and enforce all this? More government? You betcha.

For me, the word “mobilization” creepily and eerily denotes some kind of central, military-like authority with the power to mobilize citizens like troops, treat people like human resources, order them around and put them to work on whatever projects it sees fits – all the for “greater good” of the collective. As the article The Green New Deal Plus Modern Monetary Theory = Socialism states:

The GND essentially calls for conscripting the American workforce and putting us to work in accordance with what the elite government planners want instead of what “we, the people” want. They propose to replace our market economy, in which privately owned businesses compete to see who can best supply the needs and wants of the people, with a command economy in which government is the master and citizens build what the planners say must be built.

The Green New Deal, no matter how well-intentioned, is a rehash of an old plan to use threats to the environment (real or imagined) as a way to get people to rally behind a NWO. The Green New Deal is bogged down by total impracticality and scientific illiteracy – in one section it states that its goal is to “remove greenhouse gases from the atmosphere” (pg.9)! This is absurd as these gases are part of the natural water cycle, and also a precondition of human life on Earth, i.e. plants need CO2 for photosynthesis so they can provide oxygen for animals like humans. It’s funny how at every step of the way the solution is always more government.

That truth alone is hopefully enough for people to wake up to this monstrosity and see it for it truly is, despite the sugar coating and glossy veneer.

Makia Freeman is the editor of The Freedom Articles and senior researcher at ToolsForFreedom.com (FaceBook here), writing on many aspects of truth and freedom, from exposing aspects of the worldwide conspiracy to suggesting solutions for how humanity can create a new system of peace and abundance. Makia is on Minds, Steemit and FB.

This article (5 Ways the Green New Deal Exactly Mirrors Agenda 2030) was originally created and published by The Freedom Articles and is re-posted here with permission. Waking Times