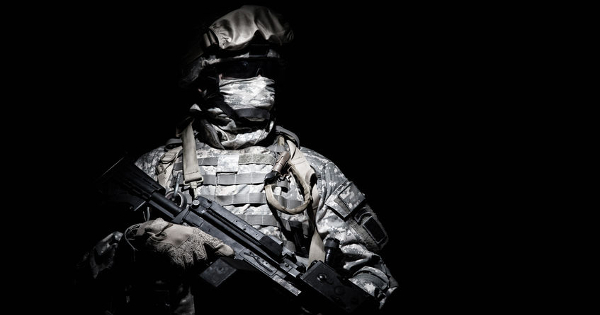 There are growing rumors about the connection between the 5G rollout and the development by the U.S. military of a non-lethal weaponization of that technology. Here are the facts…

The purpose of this article is to draw awareness surrounding mmWave technology that is being deployed as part of the 5G mobile standard. This is not be confused with 5GHz or “Five Gigahertz” which is sometimes shortened as “5G” also. Specifically this article will discuss the latest evolution of Mobile Phone technology known as 5G (Fifth Generation) relative to previous iterations (2G/3G/4G LTE). I will be referencing definitions provided by 5G Americas, a group that advocates and provides standards on behalf of the mobile industry.

Previous evolutions of mobile phone technology (2G/3G/4G LTE) mostly utilized the Ultra High Frequency or UHF Band which falls between 300-3000 MHz. UHF is useful for covering large areas, towns, highways for what is referred to as ‘macrocell coverage’. A key function and selling-point of 5G technology is ‘pencil-beam signal focus’ or the ability to provide coverage to a much smaller and specific area. Think of it like comparing a flood light to a laser beam. UHF is similar to the flood light, covering everything. The laser beam focuses on one specific ‘dot-like’ point. mmWave falls within the EHF or Extremely High Frequency band defined as 30-300 GHz. With smart antennas it can generate a “pencil-beam” focused signalto any target device or person. The potential abuse of mmWave or millimeter wave bands being rolled out as ‘small cells‘ and nodes in public spaces and residential areas is far more concerning due to these propagation characteristics compared to UHF. There is reason to be concerned.

Why is this concerning? The Active Denial System operates around 95 GHz, similar to what you find in the above slide in the recommendations provided by the “5G Americas White Paper on Spectrum”. We know then, that there has been discussion of deploying these bands (95 GHz and above) at some point and they would require that antennas be closer to the end user or target device to be effective. Whether it’s weaponized for crowd control or wireless data applications, this holds true for both scenarios.

I’m not suggesting that ‘crowd control’ is the intention of 5G mmWave deployment. There should, however, be greater public awareness surrounding the fact that 95 GHz is already being used with the Active Denial System to create ‘intolerable pain’ in field testing. Since 95 GHz falls within the same range of Extremely High Frequency (30-300 GHz) and mmWave bands being discussed within 5G Americas standardsspecifically (92-95 GHz) – the leap to get from wireless data applications to targeting humans and animals isn’t too far. It at least requires further study and for the general population to have a reporting agency or investigative body who will track and report on issues related to rogue weaponized use of electromagnetic spectrum. The Federal Communications Commission (FCC) is primarily a radio frequency spectrum and allocation agency. It is not really within their current function to advocate on behalf of consumers or public health relative to Electromagnetic Frequency and Radiation (EMF/EMR), aside from basic regulatory guidelines surrounding public and workplace exposure. There is clearly an immediate need for reform with regards to study, research, and reporting surrounding the potential physiological impact of 5G and mmWave technology. Whether it involves expanding the FCC or training law enforcement in EMF/EMR weapons investigations, we clearly need more publicly available resources dedicated to reporting and investigating these issues.

Gabriel Cruz is a researcher and now retired Wireless Engineering Professional with over 20 years of experience working for major wireless service providers and infrastructure manufacturers in the United States. He can be contacted at gabrielcruzresearch@icloud.com for consulting and EMR/EMF Investigations. For more information – Gabriel Cruz Research