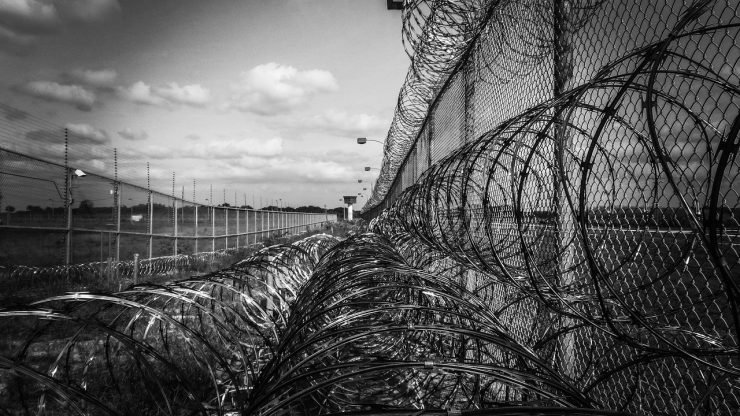 The reality is that you are guilty until proven otherwise, unless you have a lot of money.

1. You Are Guilty Until Proven Otherwise

“All things are subject to interpretation; whichever interpretation prevails at any given time is a function of power and not truth.” – Nietszche

The judge will talk a big game in court or in a trial, telling the jury that you are “innocent until proven guilty,” but subconsciously even the jury goes into the process thinking you are guilty until proven innocent through a strange kind of reverse psychology. The reality is that you are guilty until proven otherwise, unless you have money. If you have money, you can pay your way into innocence, or at least bail and the chance to work on your innocence. If you don’t have money, however, you are stuck in jail and treated like a criminal long before you are ever found guilty or not. It’s not pretty. The guards treat you like an animal and there is no recompense for your ill-treatment or time taken if you are found not guilty. And this happens every day to thousands of people in thousands of counties across the country. “Sick” does not even begin to describe it.

2. You Do NOT Have the Right to a Speedy Trial

This is yet another common colloquialism that we are all culturally conditioned to believe in. The sad truth is that trials can take months and even years to develop. My trial took nearly three years to develop. An appeal trial typically takes two years and you are forced to remain behind bars during the duration of the appeal. This means if you have a two year sentence and you appeal it and win, you still have to serve that time and there is no compensation for lost time. It’s a common tragedy. A right to a speedy trial is supposed to be a constitutional right. This is yet another way that the so-called judicial system violates our right through naked tyranny disguised as justice.

3. The US is the Most Incarcerated Nation on the Planet

Living in what is wildly considered the “land of the free” this one should come as a body blow to anybody who truly believes in freedom. The US prison population has grown by 500% over the last 30 years. So, the United States has less than 5% of the world’s population, yet it has almost 20% of the world’s total prison population. Even though crime is at a historic low.

This is an unprecedented war on freedom, a clear sign that the tyranny of the state will use its monopoly on violence (militarized police) to stomp on the liberties of its citizens and keep them in check, all under the illusion of freedom, safety, and security. Law and order itself must not become entrenched lest we slip further into tyranny. There must be checks and balances. It begins by eradicating outdated, overreaching, violent, immoral, ad unjust laws. As Francis Bacon said, “Things alter for the worst, spontaneously, if they be not altered for the better designedly.”

“The state is nothing more nor less than a bandit gang writ large.” – Ludwig Von Mises

As if police brutality, extortion, and overreach of power weren’t enough, unscrupulous forfeiture laws that give them permission to seize, keep, or sell any property allegedly involved in a crime. The key word it “allegedly”. Because most of the time property is taken without someone even being charged with a crime. That’s insane!

Originally meant to be used on large-scale criminal organizations, it is now used almost entirely on individuals, ruining people’s lives over petty crimes. More and more police departments are using forfeiture to benefit their bottom lines. It’s less about fighting crime and more about profit. A blatant loop hole that the state takes advantage of at the expense of its people. HBO’s John Oliver did an excellent piece that gets right at the heart of this issue.

5. The Thin Blue Line is a Big Fat Problem

“There’s no weakness as great as false strength.” – Stefan Molyneux

Most people falsely assume that it is the sworn duty of a police officer to protect and serve. But it is actually the exception, not the rule. A cop’s only duty is to enforce laws; most of which are outdated, immoral, violent, and unjust. A cop who protects and serves is doing so in a humane capacity and not because he/she is obligated to do so. They just happen to be acting humanely while wearing a badge.

The reality is that power tends to corrupt. This applies especially to police. And especially-especially to militarized police who are trained to be oppressive, overreaching, violent extortionists enforcing a statist agenda. And especially times-three to cops who uphold the “Thin Blue Line” and do not hold other cops accountable. Without accountability power becomes absolute and corrupts absolutely.

6. The War on Drugs, is a War on Freedom

“A man without a government is like a fish without a bicycle.” – Alvaro Koplovich

The war on drugs is a complete and utter failure, costing tax payers millions and dividing families. The outdated notion that force, violence, extortion and incarcerations are a solution to the drug problem is a serious psychological hang-up for our species moving forward. Connection, compassion, education, and rehabilitation would be healthier and way more effective. The problem is the vast majority of money is going toward the military industrial complex, the prison industrial complex, and militarized police, and hardly any money is going toward education, health care, and rehabilitation. This is a travesty.

The war on drugs is a war on people who haven’t found a healthier way to escape a profoundly sick society. The solution isn’t war, violence, and incarceration. It’s curing the sick society. It’s creating a society that one does not have to resort to drugs to escape from. This requires pouring our money and resources into education, healthcare, and rehabilitation. Not war.

7. The Prison Industrial Complex is a Money Racket

Big corporations are making a killing off of the prison system. Equal parts extortion and soft-slavery, for-profit prisons do nothing in the way of rehabilitation and therapy, and everything in the way of profit and criminal relapse. The recidivism under current standards is astounding. Even county jails and state-ran prisons make a profit off of our tax dollars. It’s the height of insanity, and yet we continue to feed this inglorious beast.

Between the failed war on drugs and the plutocrats buying up power by creating and preserving the oppressive laws and “legal” extortion rackets that keep the poor in poverty and the powerless without power, the monster of the prison industrial complex remains well-fed. Add to all of this corrupt lawyers and judges and a fiat currency based on debt, and you have a nation of hoodwinked soft slaves under the delusion that they live in the land of the free and justice for all. Nothing could be further from the truth. Some may think this is the greatest nation on the planet, but that doesn’t get us off the hook for the vital need to improve. 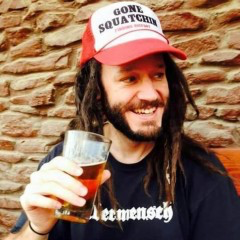 Gary Z McGee, a former Navy Intelligence Specialist turned philosopher, is the author of Birthday Suit of God and The Looking Glass Man. His works are inspired by the great philosophers of the ages and his wide awake view of the modern world. He is also the philosophy writer for The Mind Unleashed.