8 Herbs for Protection By Sarah Baldwin 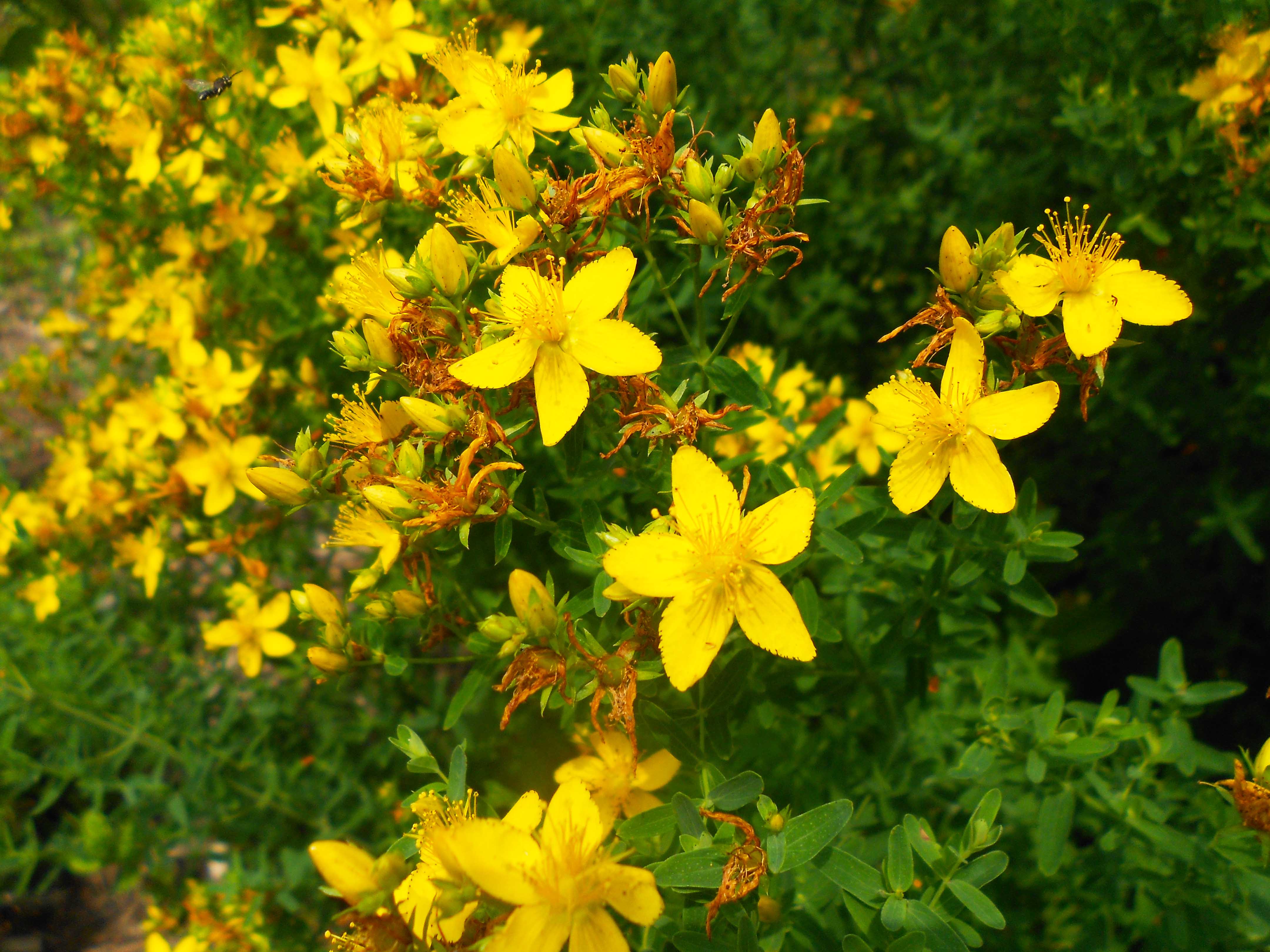 Is it just me, or does life seem crazier than ever? Nearly everyone I know is going through some sort of upheaval, transformation, or opening. As the energy shifts and more people awaken to their higher senses, the need arises for greater protection. Let’s face it—being sensitive is both a gift and a challenge.

Refined senses reflect deeper intuition and inner guidance, as well as increased appreciation for the wonder of life. Yet, sensitive people struggle the most in what can feel like a coarse and troubled world. The more people who manage to stay balanced and grounded through this transition, the better our world will become. To assist with this process, I’d like to share some of my favorite herbs for protection. These powerful plants have protective qualities that operate on both practical and spiritual levels.

Most popular for its use in treating depression and anxiety, St. John’s Wort (Hypericum perforatum) blooms around the summer solstice and holds the energy of the sun. Pick a leaf and hold up it to the sun, and you will see light shining through tiny little holes perforating the surface (hence the species name perforatum). This signature points to the plant’s ability to illuminate solutions and help us see the light in any given situation.

St. John’s Wort has protective qualities that have been elucidated through folklore. During the Middle Ages, it was highly regarded as a means of protection against demons and dark magic. It is interesting to consider today’s modern use of the plant as a remedy for depression in this context. For treating mild to moderate depression, I recommend a tincture, which is especially helpful for wintertime blues or SAD. St. John’s Wort will bring sunshine into one’s being during the darkest, gloomiest days of winter.

While the plant is steeped in masculine energy, its sunny blooms create a blood-red oil or tincture when prepared. This points to its affinity for women and the menstrual cycle. Women can use St. John’s Wort oil externally for protection during the moon cycle, which is both a time of heightened intuition as well as energetic vulnerability. In fact, it can be used by anyone for protection against overly coarse or aggressive energies. The plant spirit is very chivalrous, like a golden knight who seeks to protect the feminine side within us all. 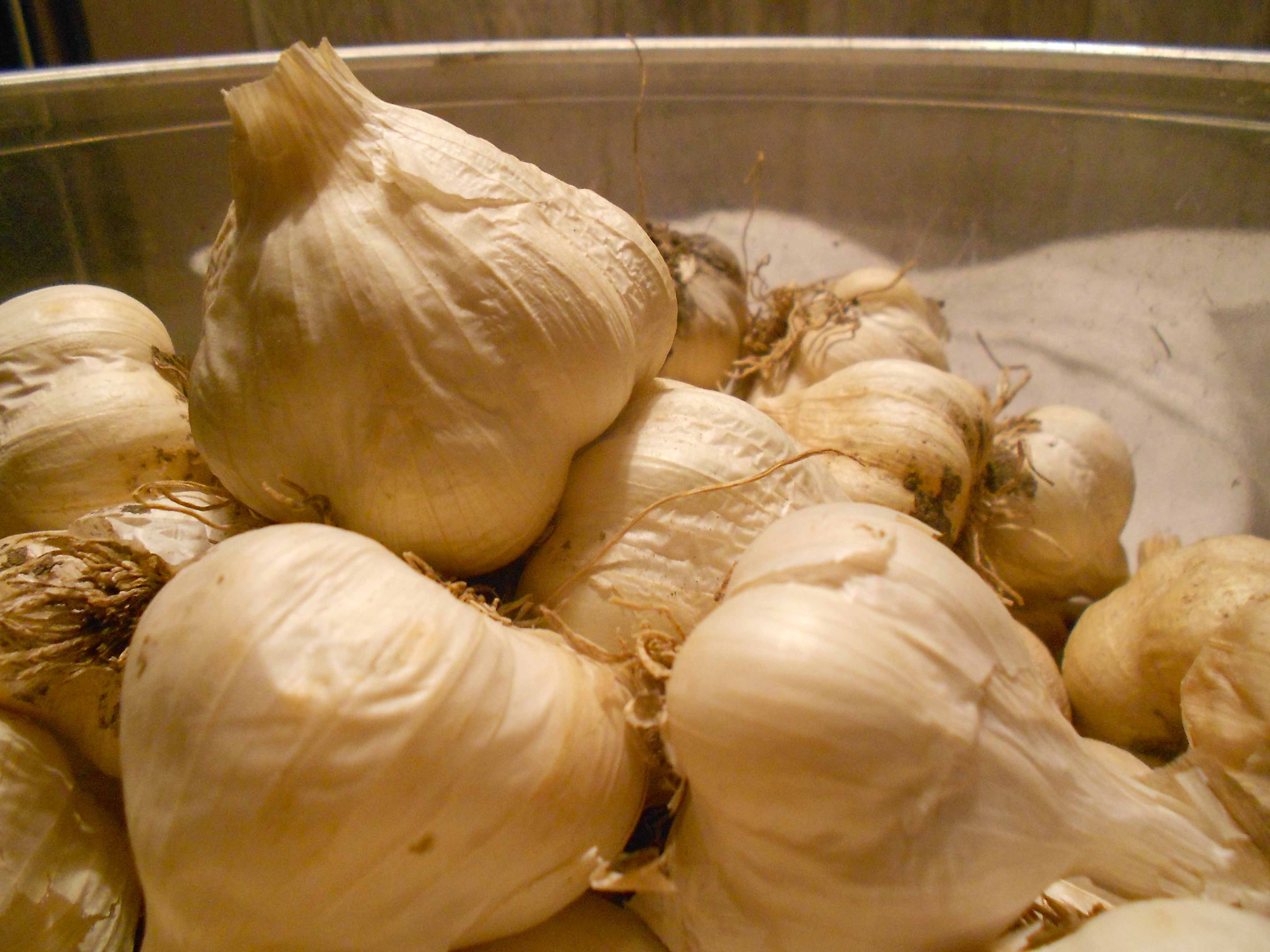 This plant’s legendary status as a vampire-repellant is our first clue to the plant’s protective qualities. Garlic (Allium sativum) is one of the best natural antibiotics, used in World War I to treat and prevent infection of battle wounds. The cloves can be taken internally (especially raw–they don’t taste as bad as you think) to ease infectious illnesses such as sinusitis, bronchitis, cold, and flu. Eating Garlic regularly in meals contributes to overall good health, and, as a root vegetable, helps keep us grounded.

Garlic flower essence also has protective qualities. According to the Flower Essence Repertory (Kaminski & Katz, 1996, p. 320), it is helpful for those who tend to be “fearful, weak or easily influenced, [or] prone to low vitality.” Garlic’s association with vampires is interesting given its physical use as a remedy for parasites. The flower essence can be even used to protect those with a tendency for parasitic or viral infection. The Flower Essence Repertory goes as far as to say that Garlic essence treats cases in which “there is a characteristic vacancy in the eyes and paleness of features, with the impression that soul-color and vitality is being drained or siphoned” (Kaminski & Katz, 1996, p. 320). It’s as if the spirit of Garlic repels any form of vampirism–any person, parasite, or predicament that would feed off of us and reduce our vitality. 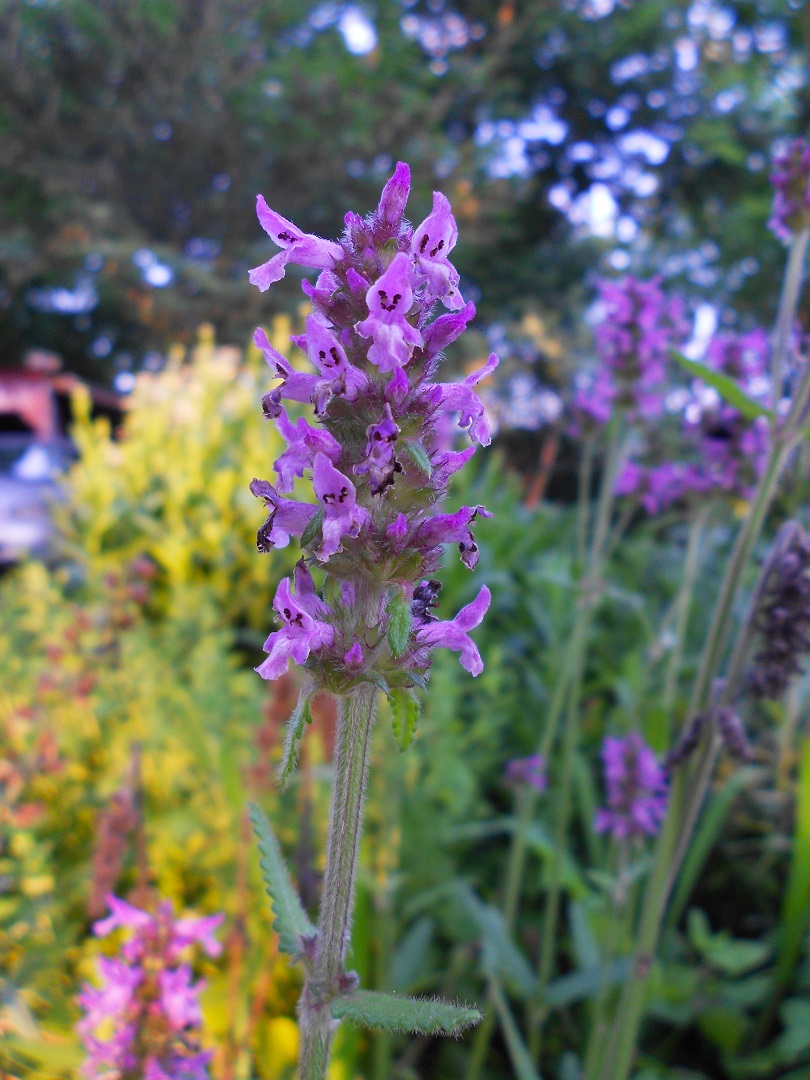 Like St. John’s Wort, Wood Betony (Stachys officinalis) has a history of use for protection against evil spirits. In the first century AD, Pliny the Elder recounted folk tales in which the leaves of the plant could be used to drive serpents insane, causing them to kill themselves. This account provides an apt metaphor for battling dark forces of all kinds. Saint Hildegard of Bingen suggested Wood Betony as a means of warding off bad dreams and unwanted love spells. In the 1500s, Rychard Banckes wrote that the plant prevented “monstrous nocturnal visitors.” Interestingly, in modern times Matthew Wood (1997) has found this herb to be a useful remedy for those who suffer from unwanted alien abductions. Though he doesn’t seem to exactly believe in the phenomenon, he can’t ignore his own case histories.

Wood Betony is great for grounding; it soothes the nervous system to promote peace and calm. Wood (1997) praises the plant as a superb solar-plexus remedy, improving gut-level instincts and intuition. A strong solar plexus also provides self-esteem and willpower, which can protect us from unwanted influences of all kinds, from addiction to bad dreams.

I carry Wood Betony with me when I travel, for more than one reason. Not only does it provide spiritual protection from all kinds of entities and invisible forces, but it also has a practical application. The leaves strengthen the entire digestive system and can be used to settle the stomach in cases of heartburn, indigestion, and gas. It also treats food poisoning, so it’s great to have any time you must eat a meal of lesser quality, like that crappy restaurant on the interstate. I carry it in tincture form for practical medicine, and regularly pick a few leaves to keep in my car as a protective talisman. 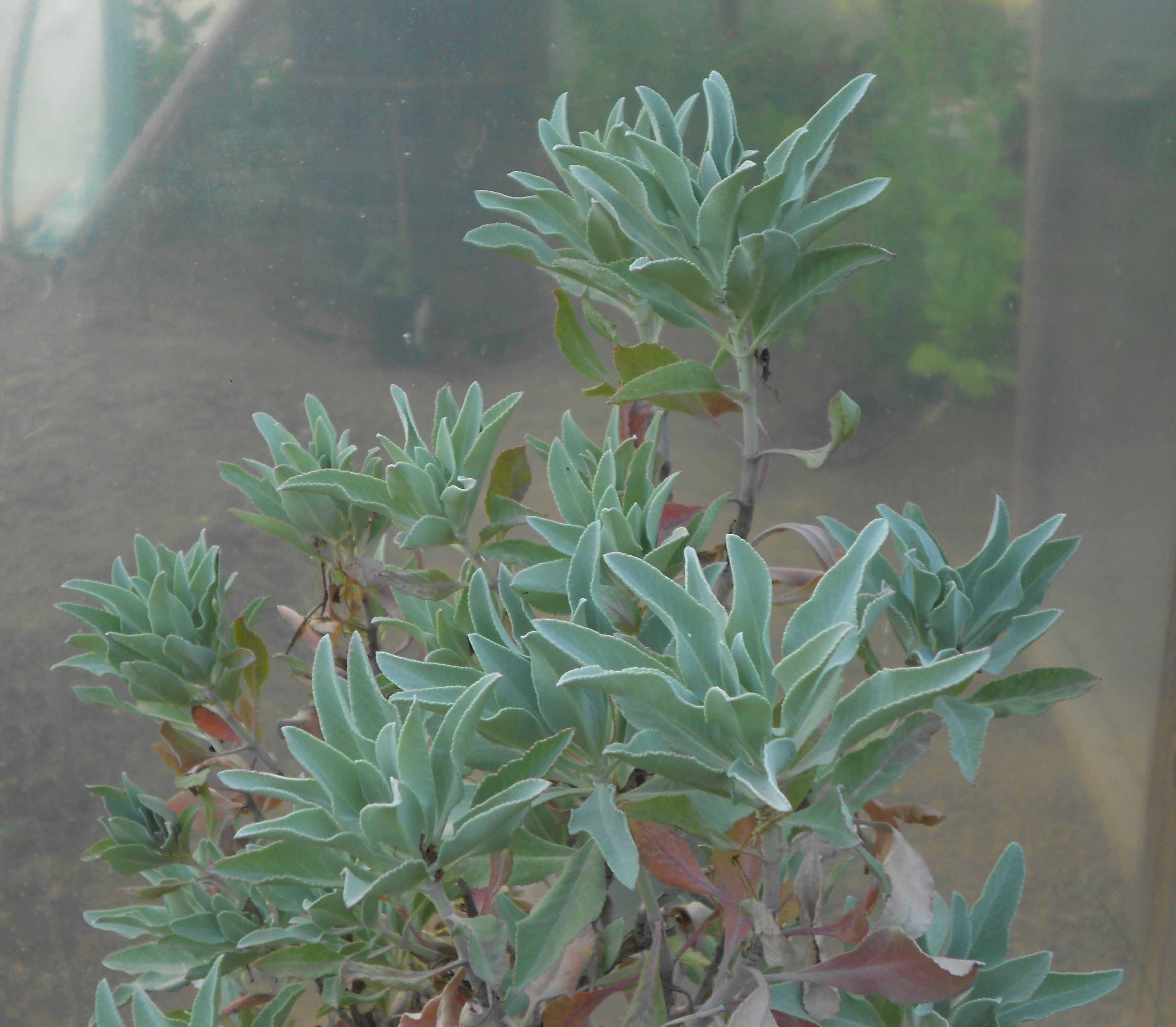 White Sage (Salvia apiana) is one of the most well-known herbs used for smudging. An aromatic herb often used in Native American ceremony, this is not the garden-variety Sage from Europe, but a variety that originates in the Americas. Its distinctive, woody aroma combined with uplifting spiritual qualities make White Sage a much-desired and irreplaceable smudge. This is the classic herb used for purification. It’s great for clearing a space prior to or during ceremonies or healing sessions. The scent is divinely intoxicating, and it just feels good energetically to smudge yourself, your home or surroundings, and your possessions from time to time.

The documentary film Wake Up follows Jonas Elrod through a spontaneous psychic awakening. He begins to see entities from other realms, like guardian angels and orbs of light as well as darker beings. Before this experience, he wasn’t into so-called New Age beliefs and practices such as smudging (which is actually not new at all, but rather ancient and traditional). Once Elrod could sense other realms, he became a believer in using Sage to banish negative entities and energies. I found this to be quite a testament to the multi-dimensional properties of smudge. 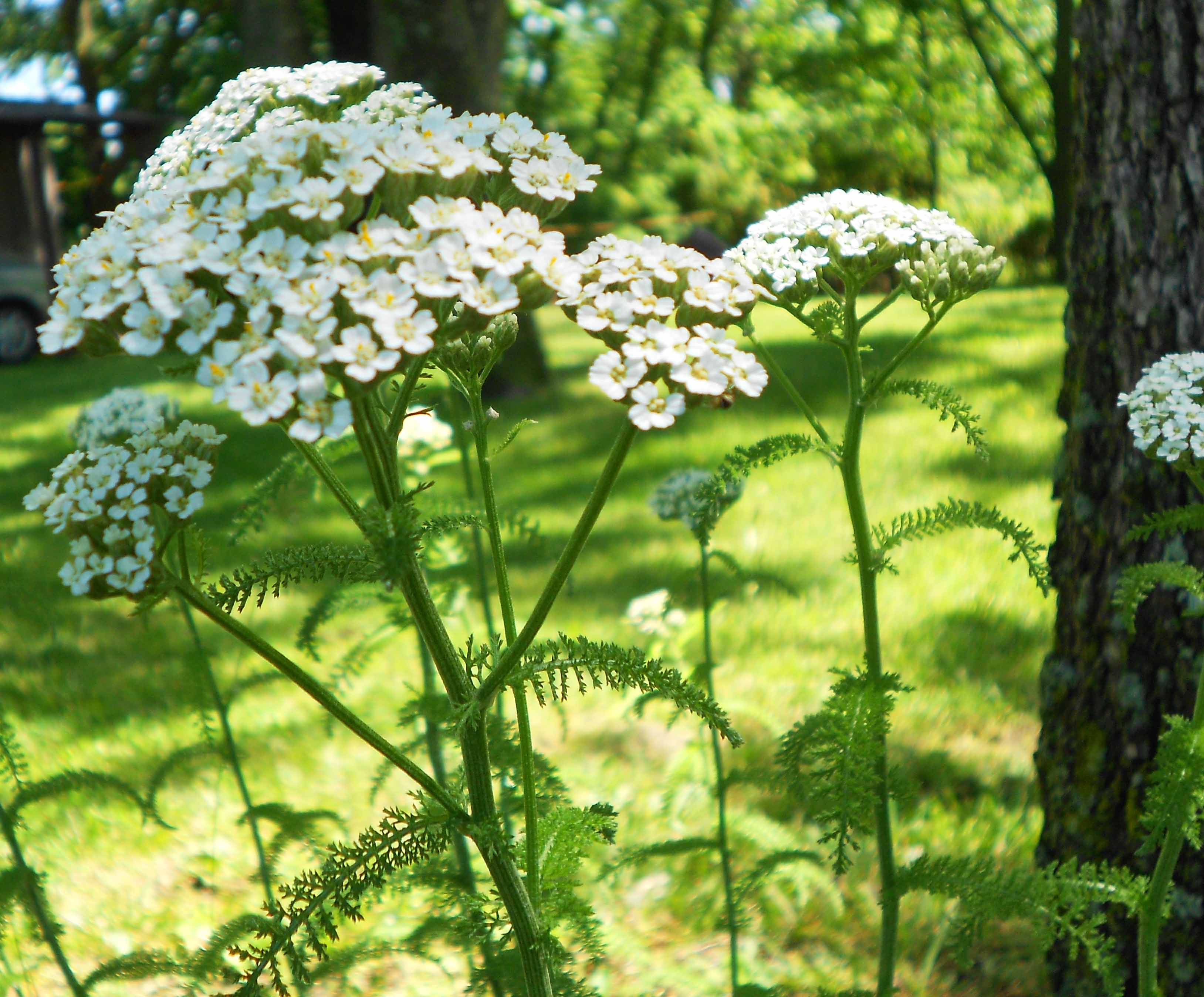 Yarrow (Achillea millefolium) is great for empathic people who tend to absorb energy and negativity from others. The flower essence is used to balance sensitive individuals with porous energy fields, who are able to pick up the “vibes” of others easily. While this is the gift of natural healers and clairvoyants, these sensitive souls can also become depleted by external energies. They are often subject to extreme levels of empathy and merging with others, so they may have difficulty deciphering which feelings are their own.

According to the Flower Essence Repertory, “Yarrow literally ‘knits together’ the overly porous aura of such an individual so that it does not ‘bleed’ so excessively into its environment” (Kaminski & Katz, 1996, p. 399). This energetic property of Yarrow translates directly into the physical world as its ability to quickly staunch bleeding. For this reason, it is one of the top herbs to have on hand for first aid.

Interestingly, Matthew Wood has found that Yarrow also acts “in a deeper, magical fashion” to actually prevent such accidents. He recommends that accident-prone people place a sprig of Yarrow in such places as a toolbox or automobile. “This sends the message that accidents are not welcome. One sprig in the spring and one in the fall is a good measure,” he explains in The Book of Herbal Wisdom (Wood, 1997, p. 82). 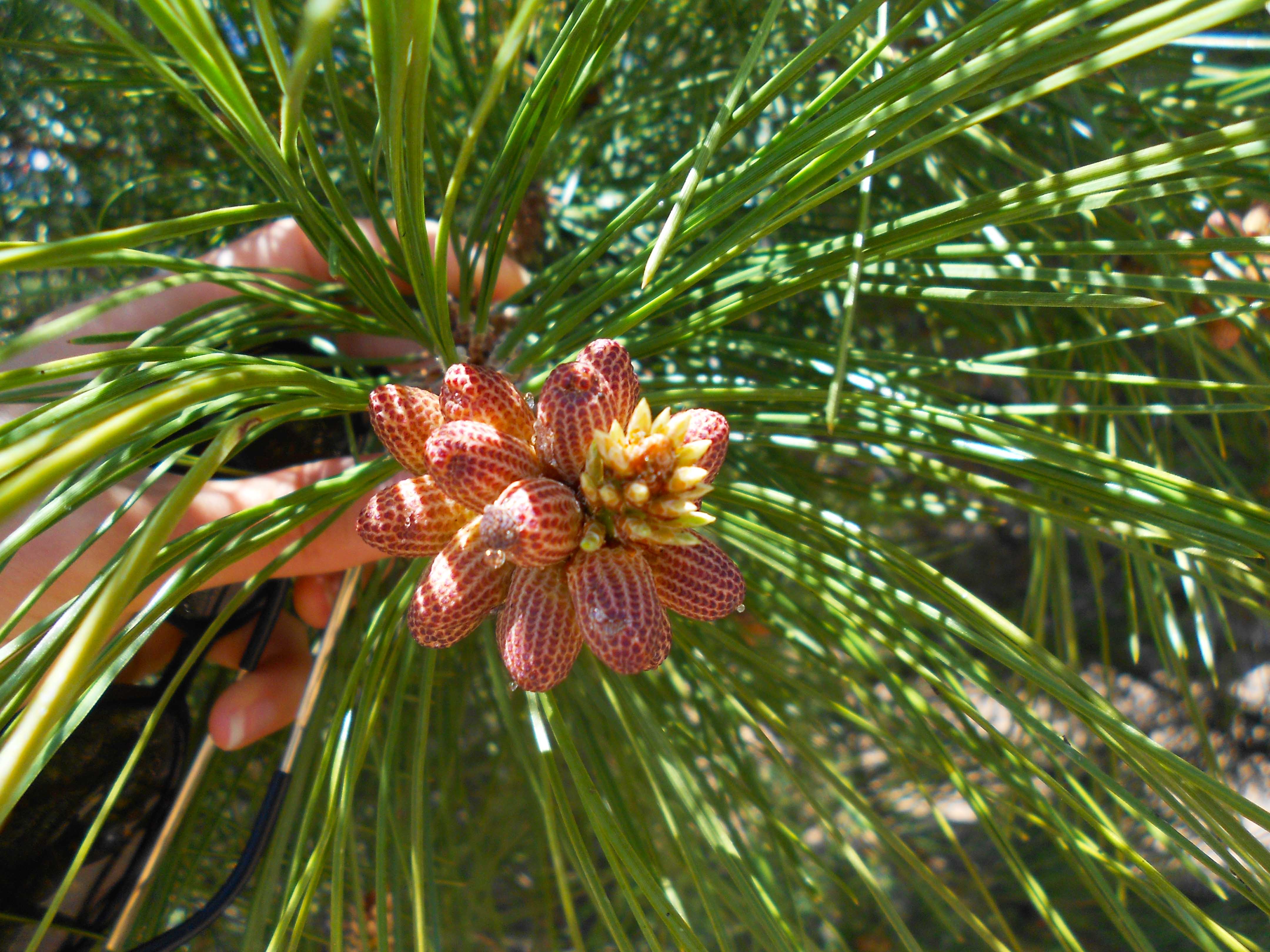 Growing in many different parts of the world, there are numerous species of Pines (Pinus spp.), all of which have similar physical properties. They help sustain life in perilous times, due to their edible inner bark and foliage as well as Vitamin C content. Cambium, the soft, white inner bark, can be scraped off and eaten raw or cooked. The needles can be steeped for a highly nutritious tea, or nibbled during the spring when they are very young and tender. Pine also has a variety of medicinal uses, such as disinfecting wounds and treating cold and flu.

Pine is connected to the second chakra and helps to heal damage in this area. The second chakra governs creativity of all kinds, artistic and sexual, and is a very sensitive energy center. Pine’s metaphysical sap can salve wounds to the creative center, especially those which manifest in jealousy or envy. It can also provide protection from unwanted influences that dampen your creative fire.

I first connected with the Pine plant spirit right before a difficult breakup. From my current vantage point years later, I can see that Pine showed up to help me through that process, providing the strength and protection of positive masculine energy when I needed it the most. Pine also helps us tap into our intuitive abilities. After all, intuition and protection go hand in hand, providing discernment so we can avoid future negativity. You can connect with Pine by sitting with a tree (try climbing one–it’s fun!) or making a tea from the needles. The essential oil captures the plant’s fresh scent and can be rubbed onto the skin. 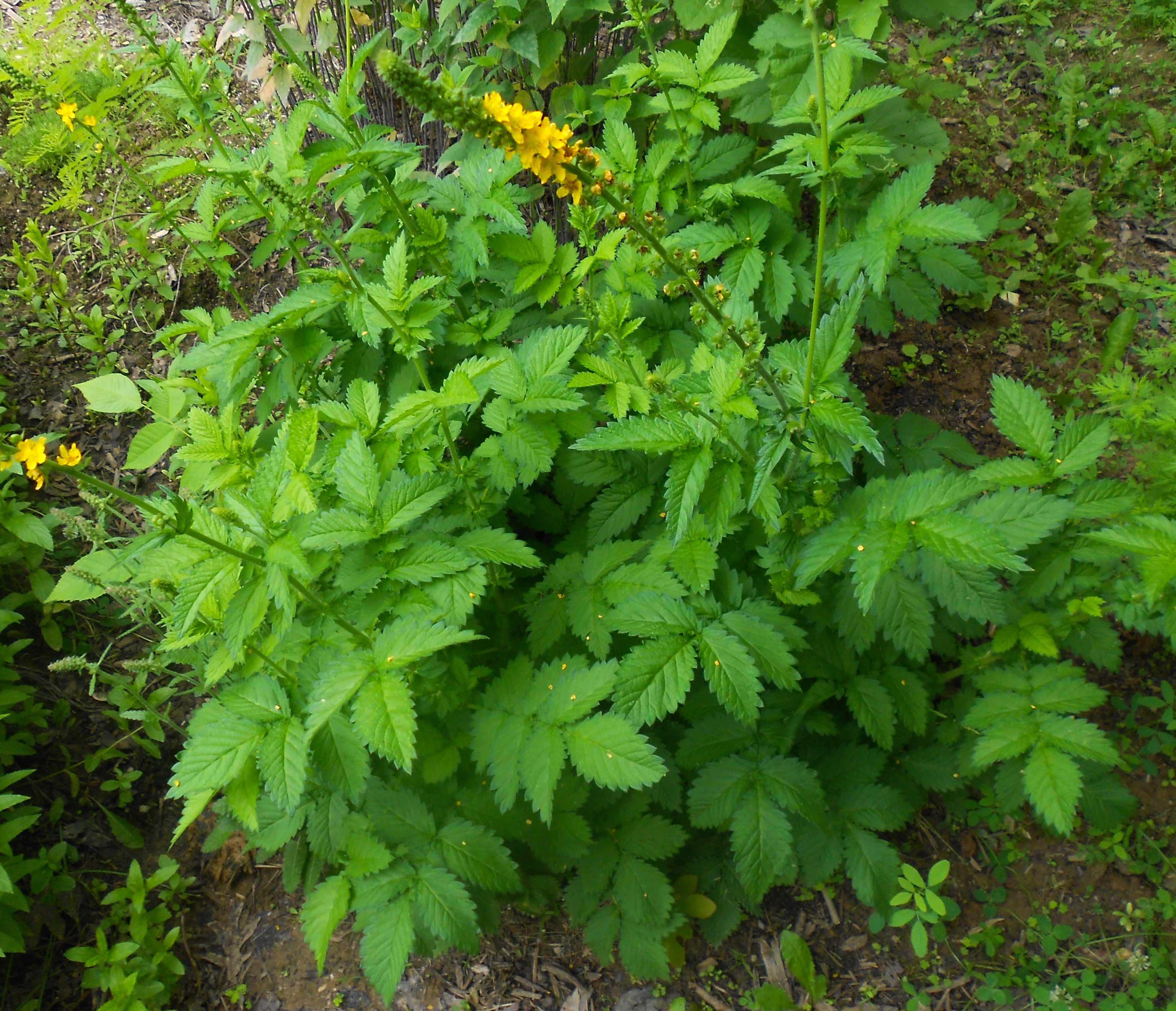 Cinquefoil (Potentilla recta) has a long-standing reputation for providing protection from those who wish to meddle in our lives, thwart our efforts, or otherwise use manipulation against us. The leaves give the appearance of a hand reaching out to block and protect. According to Matthew Wood (1997, p86), “Cinquefoil was used [in folk medicine] to protect people against meddling, interference, and witchcraft.” He also points to using Agrimony (Agrimonia eupatoria) for the same purpose: “More often than any other remedy I am familiar with, Agrimony changes the environment around people who are taking it” (Wood, 1997, p. 107).

Agrimony flower essence is useful for people who hide behind a smiling or comical face, masking deep stress and restlessness. Finding it hard to express their feelings, they may turn to drugs or alcohol to bury them. Wood (1997, p. 90) uses the remedy for someone who is “ ‘caught in a bind’ as if he or she is in the wrong place at the wrong time, unable to do the right thing, go with the flow, or be a good person. Often the problem revolves around the work situation.”

I have used both Cinquefoil and Agrimony leaf as a means of protection against meddling and manipulation. Depending on the situation, you can place a leaf under your pillow, on your desk or under your computer keyboard at work, in your wallet, or on an altar. Both are good plants to ask for help any time you feel negative energy deliberately being sent your way.