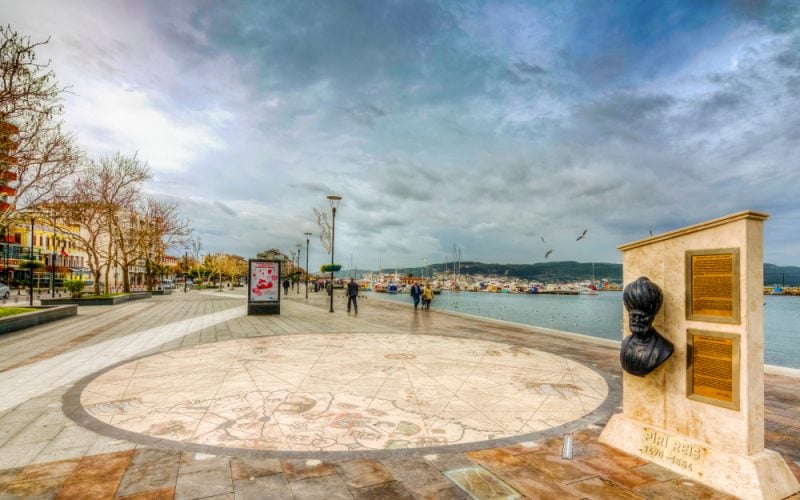 Human history is quite an enigma. We know so little, and much of what we think we know is always subject to change since information constantly emerges that challenges our current understanding of the world.

Our world is also no stranger to unexplained mysteries, and there are numerous examples of verified phenomena, ancient monuments, books, teachings, understandings, and more that lack any explanation and counter what we’ve already been taught. We are like a race with amnesia, as author Graham Hancock once said, able to put together small bits and pieces of our history yet unable to fit it all together. There are still many missing pieces to the puzzle.

One great example is the Piri Reis map, a genuine document and world map that was copied at Constantinople in AD 1513 from older documents and discovered in 1929. A German theologian named Gustav Adolf Deissmann was cataloguing items in the Topkapi Palace library in Istanbul when he happened across a curious parchment located among some disregarded material. The original is at least 5000 years old. Unfortunately the full map in its entirety was never found.

It was drawn by Admiral Piri Reis of the Ottoman era, a well-known historical figure. He made a copy of the map, which was originally drawn based on documents that date back to at least the fourth century BC, and on information obtained by multiple explorers. Reis was well known for his interest in geography and navigation.

“The Piri Reis’ Maps, presumed to have been made over 5,000 years ago, give startling evidence of a lost civilization that may have been more advanced than anyone could have imagined. There has been much controversy about them in recent years, and there is much more to be discovered.”

Piri Reis had a pilot who was a salve, this slave had been with Christopher Columbus on three of his voyages. When captured, the pilot was found to possess maps used by Columbus. Reis used this and eight other Greek maps that were handed down from Alexander the Great to make his world map.

In one of his notes, Piri Reis personally explains the manner in which the map came into existence:

“This section shows in what way this map was drawn. In this century there is no other map like this in anyone’s possession. The hand of this poor man has drawn it and now it is constructed. From about twenty charts and Mappae Mundi – these are maps drawn in the days of Alexander, Lord of Two Horns, which show inhabited quarter of the world; the Arabs name these charts Jaferiye – from eight Jaferiyes of that kind and one Arabic map of Hind, and from the maps just drawn by four Portuguese which show the countries of Sind, Hind, and China geometrically drawn and also from a map drawn by Columbus in the western region, I have extracted it. By reducing these maps to one scale this final form was arrived at. So that the present map is as correct and reliable or the Seven Seas as the maps of these our countries are considered correct and reliable by Seamen.”

Why The Map Is So Compelling

One of the most compelling facts about the map is that it includes a continent that our history books tell us was not discovered until 1818. Again, the map is at least 5000 years old.

The map shows the coast of South America, Africa, and Antarctica with precise detail. This means that there were competent explorers and map makers thousands of years before Columbus.

“For instance, the drawn coast line of the Antarctic shows the line which is now under the ice cap, but must have been surveyed twenty centuries ago. It has been said that the cartographers who prepared these maps were members of survey teams who had visited almost the entire earth. They were not adventurers, but competent scientists skilled in the art of determining astro-positions and traverses.”

In the 1950’s, the Head Engineer of the Hydrographic Office of the US Navy gave Arlington H. Mallery, author of “Lost America” and a well known authority on ancient maps, along with M. I. Watlers, a cartographer formerly with the United States Hydrographic Office, a copy of the map. They found that, with precise accuracy, the various land and water areas in their exact location. According to them, the maps “bring home to us the fact that the oldest human records that we have that are absolutely authentic are navigational charts.”

“They found, after much intensive examination, that Columbus had a map with him that showed accurately the Palmer Peninsula in the Antarctic Continent. The problem of how they could have been so accurate so many thousands of years ago, when the scientific methods of mapping have just recently come to be known was puzzled over by them both. They said that there was very little ice then, but the map had a record of every mountain range in North America and Canada, some of which were not known to the Army Map Service. They have since found them. Mr. Mallery said: “Just how they were able to do it – you will probably recall the tradition of the Greeks of the airplane – maybe they had the airplane.” (This idea could even be brought so far as to consider the idea of UFO’s, or a superior being from another part of the universe, producing the maps, as well as an advanced civilization inhabiting our own Earth.) Also, they knew their longitude absolutely correctly – something that we did not know until about two centuries ago.

Mallery goes on, emphasizing the fact that these explorers and map makers were, as already mentioned, clearly well before the time of Columbus, and that they were:

“Not only explorers, but that they must have had a very competent and far flung hydrographic organization, because you can’t map as large as a continent as Antarctica as they have, half of it, or as extensive an area as Greenland or half of the continent of North America, as we know they did do, probably 5,000 years ago, it can’t be done by any single individual or small group of explorers. It means an aggregation of skilled scientists who are familiar with astronomy as well as the methods required for topographic surveying.”

It makes me wonder, perhaps they had assistance from the indigenous at the time, again, more than 5000 years ago. Another quote comes to my mind here by Richard Wagamese when Mallery mentioned assistance from elsewhere, I thought it was somewhat fitting. Wagamese was a well known Ojibway author and journalist from the Wabaseemoong Independent Nations in Northwestern Ontario, Canada. He once wrote,

“My people tell of Star People who came to us many generations ago. The Star people brought spiritual teachings and stories and maps of the cosmos and they offered these freely. They were kind, loving and set a great example. When they left us, my people say there was a loneliness like no other.

The Piri Reis map depicts what is known as “Queen Maud Land,” a 2.7 million-square-kilometer (1 million sq mi) region of Antarctica, as it looked many years ago. This region and other regions shown on the map are thought to have been covered completely in ice at the time, but the map tells a different story, showing them free of ice, which suggests they passed through a long ice-free period that may not have ended until around six thousand years ago. This conflicts with current research on these areas. Today, geological evidence has confirmed that this area could not have been ice-free until about 4000 BC.