A New Matrix Provides A New Hologram For Earth 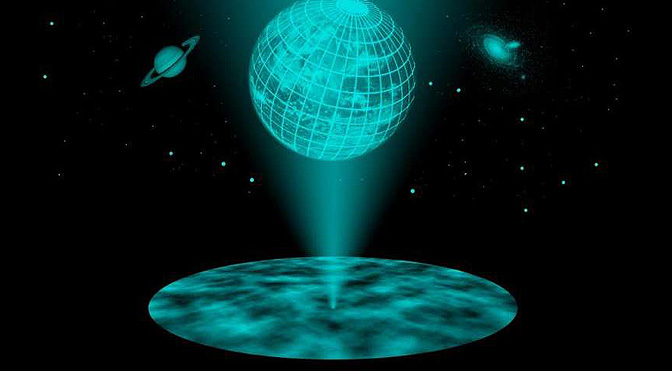 A New Matrix Provides A New Hologram For Earth

A matrix is a grid system that provides the light required to have a physical representation of consciousness in the form of a human body. The matrix on Earth was hijacked by those who dominated and controlled us for millenia through frequency technology and changes to the human body template. The new matrix that we are tuning into allows us to keep a physical human body filled with light as we ascend in consciousness.

Gridworkers around the planet have been bringing a new grid online while the old matrix slowly dissolves. Those who are on the ascension path have all been gradually tuning into the new grid or matrix.

All creation has a template of light, sound, and geometric patterns. The new matrix may be the original earth template or it may actually be a copy of the template with some noticeable improvements. The new matrix has better “firewalls” that will not allow it to be hacked.

While doing a session at the In5d Psychic conference (October 15, 2016) I met with an aspect of one of the original programmers. In this session, it was revealed that when the old matrix was created, a very small detail was left out and the group that created it did not realize this. They used the template for creating a planet and left it to grow and evolve while they focused on other projects.

One day they learned that their project had been hijacked. It took a long time to see how it was being taken over because they could only see that humans were interfacing with the program with their free will. As programmers, they also are able to look into the “future” to see possible outcomes of the co-creation of free will with their original matrix. They were alarmed when almost every probability ended in the destruction of their creation.

The original matrix programmers investigated by sending incarnations in the matrix that would report back what is happening in linear time. They found that black magic was being used to sway the decisions of humans through subliminal programming and fear. They also found that the changes to the physical body kept humans from progressing as a species and were more geared towards slavery. A loop of reincarnations was taking place and humans could no longer remember their “past” lives or that they were all connected to each other and their Source.

Some of these original programmers are now incarnated as gridworkers and lightworkers. Their purpose is to wake up and raise their vibrational frequency out of the old matrix. In doing so, they help to create a new matrix that all of humanity can collectively tune in to. Since all humans are connected, when one makes this “ascension”, it builds a bridge for others to follow.

Many gridworkers are completing their tasks without realizing the totality of what they are here to do. They carry the codes of the new matrix within them and they may get the urge to travel or to live in a specific region of the world. Everywhere they go, they leave their energetic codes or imprint. The energies being transmitted to the planet through the alignment with the Galactic Center activate these codes. Awakened humans are making the conscious decision to vibrate in the frequency of love instead of fear.

The conscious gridworkers make the intention for all of the codes to be connected across the planet. The DNA within our bodies carries the original codes of all that we have ever been and all that we will be. These are being turned back on as well through frequency so that the body will tune into the new matrix. The old program is breaking down and will soon dissolve, as evidenced in our reality RIGHT NOW!

It has been said that what we are doing has never been done before. Shifting from one hologram to another while staying on the human body was tested in predictive programming software and turned out to be achievable. Any time the programmers wanted to make a change in the past, they followed the rules of allowing the cycle to end and decided what cataclysm would be best for wiping out the human population while keeping the best specimens to make the new changes. This time, we will ascend in the human form and eventually will decide to keep it or to morph into our light body form (or use a combination of both).

If you have recently lost your psychic abilities, it is because the frequency of the matrix has changed to the new grid. All you have to do is to intend to tune into the new matrix and make the changes necessary in your life to stay in that frequency. Most people experience “ascension symptoms” physically while tuning in to the new matrix. These include fever, chills, vertigo, hives, heart palpitations, and many other unique and bizarre symptoms that doctors do not have answers for.

Many of us have connected to the new matrix on a consciousness level and connect to the new grid while we are asleep. When we wake up in the morning, we bring these geometric codes into this reality. The physical body in now catching up to the spiritual body, and we are changing on a cellular level. This has gradually been happening for many years, but because of the accelerated activity of the hijackers, our ascension has accelerated.

Being fully embodied is most important at this time in our transformation. Connecting with your higher self and tuning into your multidimensional selves is also a part of conscious gridwork and lightwork. Alchemy is necessary to raise the frequency of our food and water so that our body can stay at a higher frequency. Information is essential to keep the consciousness expanding and intention and imagination are the tools for the creation of the new matrix.

Tuning into the new frequency will allow us to experience a new holographic projection of reality. Eventually, we will be able to come and go from physical to light and back to the physical body. We will be able to manifest what we need into physicality and de-manifest at will, including waste and part of the old matrix that no longer serve us such as concrete and electrical lines. Free energy will sustain our living requirements and travel will become easier. War will end and the monetary enterprise will be a thing of the past. Eventually the new human will have Superhuman abilities as described in my lecture at the February 2016 In5d conference. How soon we can achieve this individually and then as a collective is up to us!

About the author:
Michelle Walling, CHLC is a Holistic Life Coach, international public speaker, writer, webmaster, and radio show host. In 2013, Michelle started her public career as a spiritual, metaphysical, and esoteric contributing writer for In5d.com. Michelle is the webmaster forMichelleWalling.com, cosmicstarseeds.com, and howtoexitthematrix.com. Her personal Facebook page can be found here.

© 2021 How To Exit The Matrix. All rights reserved