A Telling Tale of 5G 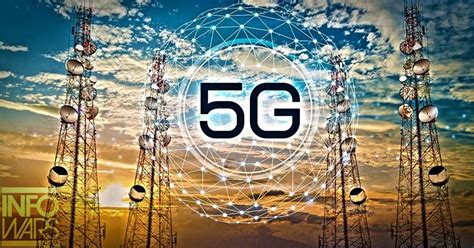 A Telling Tale of 5G

My name is Matt Landman and this is how I first learned about EMF radiation and also the story of how I developed mild Electro Sensitivity. I have learned of the dangers of non-ionizing radiation and I intend to provide a protective clothing option for those who are seeking protection from EMF / RF Radiation. Please visit my GoFundMe page to learn about the clothing line concept and learn about the impacts of this cumulative radiation we’ve immersed ourselves in.

In January of 2017, I relocated to a new home on the Sunshine Coast in British Columbia, Canada. I intended to settle in, finish producing my documentary film FrankenSkies and focus on planning the upcoming Global Chemtrail Summit I was to be hosting that May in Portland, Oregon. At this time I was an activist, focusing primarily on geoengineering though a shift to include awareness surrounding EMF radiation was about to abruptly occur.

There I was, in one of the most beautiful places on earth to rejuvenate myself and work creatively on activism. However, two weeks of sleeping in my new room I started to realize I was in duress. I was slowly losing my ability to get any substantial sleep and I experienced an electrical feeling in my hands when I used my smart phone. I started to feel fatigued with the final straw being a series of heart palpitation experiences that were new and abnormal to me. I had been in the room now for 2 months and I casually mentioned my experience to my landlord. With honest naivety she said to me, “Well, maybe it’s that smart meter they just installed…” Until that moment, the words ‘smart meter’ and electromagnetic frequencies and their potential dangers were not on my radar.

Suffice it to say, I learned, and I learned a lot and quick. The smart meter measured a mere 3 linear feet from where my head rest as I slept in my bed. For 60 days I had been exposed to enough non-ionizing radiation to make me permanently sensitive to this type of radiation. Specifically, I experience heart palpitations and heart pains in an environment of high EMFs. The cumulative impacts of living and sleeping next to a smart meter forced me to develop an in depth understanding of Electro Magnetic Fields (EMF). 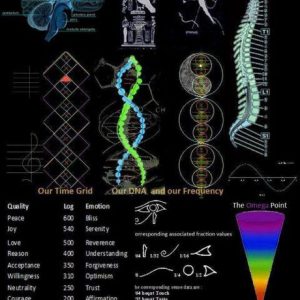 In 2018 I moved to Sedona, Arizona where I thankfully would opt out of having a smart meter and traded in my smartphone for an older slider phone (which gives off minimal radiation in comparison to most phones). There I witnessed infrastructure development underway in order to launch the next generation of cell phone technology known as 5G. This small town, which currently only has 3 major cell towers, will be upgrading in a mandatory 5G deployment where Arizona will be the first to go state wide. The town of 3 cell towers will be upgrading to 24 new cell towers with hundreds of small cell towers built through neighborhoods. I spoke at city hall (link) when the topic finally met committee and I was told, “their hands were tied” and that human health impacts cannot be considered in this mandated deployment of new untested technology.

Looking to avoid the initial rollout of this new cellular network, I moved to the redwoods of Northern California. Here activists are speaking out against 5G and have made serious waves regarding zoning ordinances and tower restrictions in Marin County. Along with a lineup of activists asking for zoning restrictions and health impact considerations, I spoke at the Marin County Board of Supervisors meeting on the 5G deployment. See my 3 minute testimony on 5G in Marin California.

Now I own a couple EMF RF (Radio Frequency) Radiation Meters which I highly recommend purchasing. This invisible soup of radiation surrounds us on a daily basis and cumulative exposure has been shown to impact human health. Knowing what invisible radiation is in your environment brings you knowledge and then empowers you to mitigate and minimize impacts. Having your own EMF meter will change your life.

As 5G nationwide deployment is looming, radiation levels are set to rise and I personally refuse to be subjected to harmful levels of radiation. I especially do not want to see children and pregnant women in this environment unprotected. As an activist, I hope to embody a solution based awareness approach thus my desire to offer EMF protective clothing to people who want the option of radiation protection. 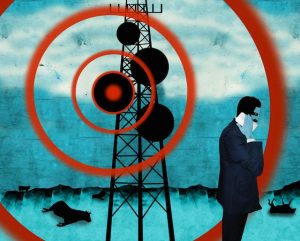 Please checkout my detailed crowd fund where I am making clothing with metal fabric cloth (silver, steel or copper work best). The microwaves from the EMF bounce off the metal fabric and shield from the microwave radiation. I will be making baby clothes and maternity wear along with everyday shirts, jackets and even underwear.

Thank you for the continued effort to learn and grow together through knowledge and empowerment.

Here is some relevant and useful information.

What is 5g?   The next generation cell phone technology will be on a new bandwidth spectrum of radio waves and because it is the 5th generation it is referred to as 5G. The problem facing the 5G however is the size of the radio waves being used for the transfer of information. Radio frequency carrier waves for instance carry AM radio at nearly 1,000 feet in height and FM radio and about 10 feet in height. This unique and new radio frequency carrier wave is a millimeter in size, which is much smaller than our current technology and the smallest radio wave size ever utilized (less than the width of a penny which is 1.5 millimeters). In order to propagate this small wave, cell towers must be erected with an infrastructure which requires a small cell tower in every neighborhood. The technology has been noted as potentially harmful especially if you are the unlucky person or family who has a “Small Cell” (small cell phone tower) erected on your front yard sidewalk or lamppost. Proximity to these new cell towers is a growing concern and many independent and unbiased studies have raised much alarm concerning the technology.  Nationwide deployment is expected in the year 2020 and human health impacts are anticipated by those informed on the research surrounding the issue. 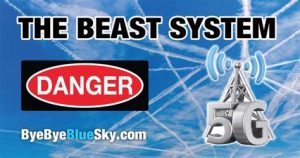 What is a Smart Meter?  Older utility meters are called analog meters. The newer meters, which are digital, are known as Smart Meters. Different utility companies have different models of Smart Meters but all emit radiation in order to report your power usage. The Smart Meter uses microwaves to send your power data to a cell tower. Radiation level emission can be very high and protective measures such as opting out by calling your power company.

Is EMF / RF radiation dangerous? Thousands of independent peer reviewed studies have shown EMF radiation to be hazardous to human health. It has been shown to cause depression by disruption of circadian rhythm. Cause cell bifurcation leading to tumors. Cause endocrine system disruption. The studies are plentiful if you look.

Want to limit your exposure to this non ionizing radiation? Ditch the blue tooth. Opt out of your digital smart and meter and go back to an analog meter. Turn your tablets, ipods, laptops and phones onto airplane mode when not in use. Unplug your video game consoles. Unplug your wifi router at night or better yet get a hard line internet corded option. Ditch the wireless baby monitor and also wireless home phones. Get a blue light filter app for your phone, tablet and computer. Learn about blue light. Know your light bulbs and ditch the twirly bulbs, fluorescent bulbs and the LED bulbs – incandescent bulbs only. Get blackout curtains in your bedroom if LED street lamps (blue light) are nearby. Ditch the microwave. Limit exposure to cell towers. And finally, don’t hold your phone up to your head. 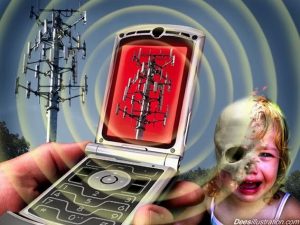