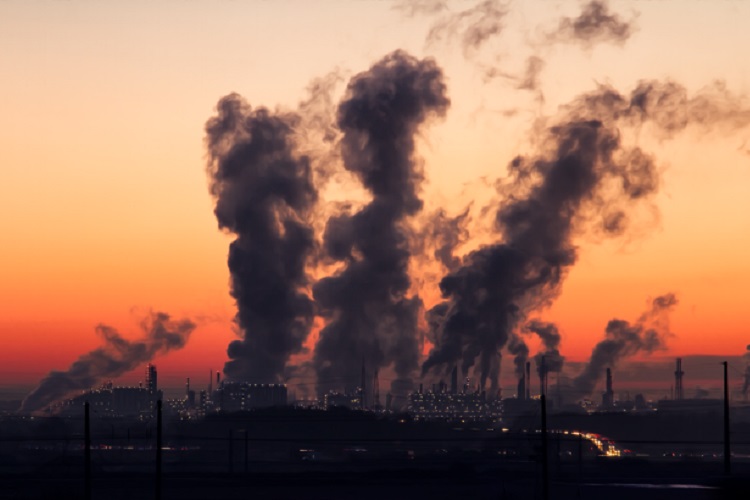 While the harmful effects of breathing filthy air have long been known, a growing consensus has found that the psychological effect may also be profound.

(TMU) — Scientists are increasingly reaching a consensus that exposure to air pollution increases the risk of depression and suicide, according to the first review of studies on the subject.

While the harmful effects of breathing filthy air have long been known, a growing body of research has found that the psychological effects of pollution may also be profound.

The review suggests that by cutting air pollution around the world, millions of people could be saved from falling into the throes of depression. However, scientists remain uncertain that they can prove that exposure to toxic air is the definitive cause to depression.

The toxic particles emitted by cars and industrial source are believed to cause inflammation in the brain as they seep into the bloodstream following inhalation, or even potentially through impacts on the production of stress hormones.

“We already know that air pollution is bad for people’s health, with numerous physical health risks ranging from heart and lung disease to stroke and a higher risk of dementia.

Here, we’re showing that air pollution could be causing substantial harm to our mental health as well, making the case for cleaning up the air we breathe even more urgent.”

People exposed to higher levels of air pollution are more likely to experience depression or die by suicide, finds a new analysis led by UCL.

The review, published Wednesday in Environmental Health Perspectives, looked at studies from 16 countries that investigated the long-term impact of breathing in toxic airborne particles. Researchers found 25 studies meeting their criteria and used them to look at the correlation between long-term exposure to particulate matter and depression, suicide, anxiety, bipolar disorder, and psychosis.

The strongest associations were found between exposure and depression and suicide. However, only limited links were found with anxiety and none with bipolar disorder and psychosis.

Researchers remain unsure about whether air pollution is the actual cause of mental health problems or is simply associated with them, but evidence does exist that there is a physical connection.

In the press release, Braithwaite said:

“We know that the finest particulates from dirty air can reach the brain via both the bloodstream and the nose, and air pollution has been implicated in increased neuroinflammation, damage to nerve cells and to changes in stress hormone production, which have been linked to poor mental health.”

The study found that people who spend six months in an area with double the World Health Organization‘s (WHO) fine particulate matter (PM2.5) limit of 10 micrograms per cubic metre of air (μg/m3) face a 10 percent greater likelihood of falling into depression versus those living in areas that meet the limit.

Global city PM2.5 levels can range from the extremely hazardous 114 μg/m3 in Delhi, India, to only 6 μg/m3 in Ottawa, Canada.

A reduction of air pollution to the European Union’s legal of 25 legal limit of 25 μg/m3 could lead to a major drop in global depression levels, Braithwaite said. She told the Guardian:

“You could prevent about 15% of depression, assuming there is a causal relationship. It would be a very large impact, because depression is a very common disease and is increasing.”

However, even incremental increases in risk can be harmful to the global population—especially because less than 1 out of 10 people in the world lives within the WHO-recommended level of clean air. Braithwaite added:

“This is something everyone is exposed to, so at the population level it is potentially concerning.”

Dr. Ioannis Bakolis, a senior professor of Biostatistics and Epidemiology at King’s College London, was not a part of the research team, told the Guardian:

“This is a comprehensive review over a 40-year period. Although the studies included were from different parts of the world—eg China, the US, Germany—and varied in sample size, study design and measures of depression, the reported associations were very similar.”

Senior study author Dr. Joseph Hayes at UCL recommends a broader approach to tackling air pollution, which would benefit the mental health of populations even if it is found that air pollution isn’t the direct cause of depression or suicide. He said:

“Our findings correspond with other studies that have come out this year, with further evidence in young people and in other mental health conditions. While we cannot yet say that this relationship is causal, the evidence is highly suggestive that air pollution itself increases the risk of adverse mental health outcomes.

A lot of what we can do to reduce air pollution can also benefit our mental health in other ways, such as enabling people to cycle or walk rather than drive, and enhancing access to parks, so this adds support to the promotion of active travel and urban green spaces.”