Alcohol Is Killing More People Than The Opioid Epidemic. So Why Aren’t We Talking About It? 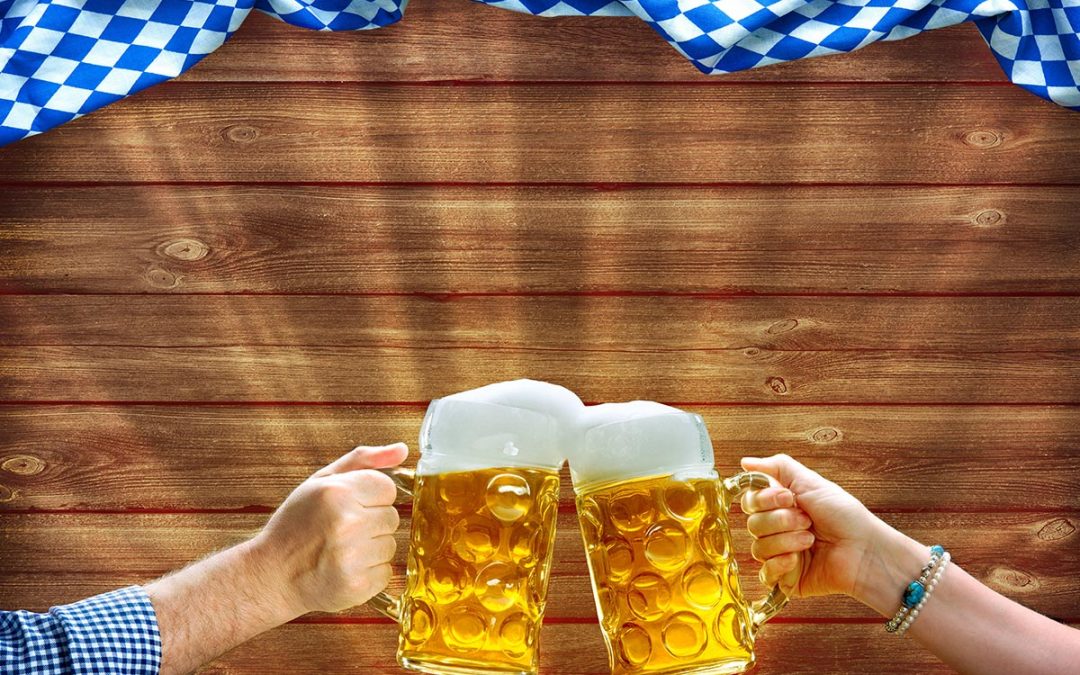 In recent years, we have been hearing a lot about the opioid epidemic that is sweeping the nation. The Center for Disease Control reported that over 47,000 people died in the United States alone from an opiate overdose in 2017, that is almost 5 times the amount of deaths caused by opiates in 1999. This isimportant, and yes it is good this is getting the attention that it deserves. However, in the same year, an estimated 88,000 people died from alcohol related causes — Did anyone hear about that?

Alcohol is the third leading cause of preventable death in the United States, the first is tobacco and the second is poor diet and minimal physical activity. Given this, why aren’t we talking about it? And why don’t we see warning labels on alcoholic beverages? Why are we promoting such a harmful substance? We certainly don’t see huge billboards with people in bikinis popping oxycontin or injecting heroin, because we are well aware that these substances are addictive and can cause harm, so again, why are we openly promoting alcohol? Especially to young people?

Is It Because It’s Legal?

Is it possible that alcohol related deaths do not garner as much of a cause for concern because it is legal, easily available and socially acceptable? Most likely. Alcohol sales reached $253.8 billion in the US in 2018 — this might also have something to do with it.

I’m not suggesting that criminalizing alcohol is a solution to this issue or anything, the same way I don’t see how it’s still against the law to use any drugs at all, regardless of how bad they are for you. I believe that we should have the say in how we treat ourselves and what we put into our bodies, not the government or a legal system. But instead of being portrayed as a harmful substance, like opiates, crystel meth, and crack are — alcohol is glamorized by the media; often being portrayed as sophisticated, fun, sexy and generally just the cool thing to do.

Alcohol Is Basically Encouraged In Our Society

There is no doubt about it, the use of alcohol is deeply ingrained in our culture. So much so, that choosing not to drink is often the more odd thing to do. People will always ask, oh, how come you’re not drinking? As opposed to other drugs, people won’t typically ask, oh why aren’t you smoking meth tonight? Or whatever it may be.

Binge drinking is practically expected on the weekends, and for many people it is a way to unwind, let loose and have fun after a long workweek. Many people justify their consumption this way insisting that it’s fine, because, I don’t drink every day. The thing about alcohol abuse is that it doesn’t have to be every day to be considered a problem or for the person to be considered an alcoholic.

There are many ways we tend to justify our use, because the thought of giving it up entirely or admitting that we even have a problem can be extremely overwhelming — especially if our entire livelihoods are centered on it.

How Much Is Too Much?

The National Institute on Alcohol Abuse and Alcoholism (NIAAA) created a web site called “Rethinking Drinking” to highlight the amount of misconceptions about what is considered “low-risk” and “high-risk” alcohol consumption. It turns out, more than three drinks in a day or more than seven drinks per week for women and four drinks per day or 14 drinks per week for men are considered “high-risk,” and these patterns can be detrimental both in the short and long-term.

Some people might have an attitude of, I don’t drink at all during the week, so I have all of my allotted alcoholic beverages on the weekend — however, for men consuming 5 or more drinks and for women consuming 4 or more drinks in about a 2 hour period is considered binge drinking.

Is It Time To ‘Rethink That Drink’?

Should we have more campaigns aimed to raise awareness about the potential harm caused by alcohol? Because it is legal it seems to have this view of also being safe, because our government officials and lawmakers always have our best interest at heart, right? 😉 But if we aren’t educating young people effectively on the potential risks associated with alcohol consumption, then perhaps there should be more of an effort to make the risks known on the packaging and even eliminating ads. In my opinion, it simply does not make sense to be legally allowed to advertise something that is so harmful — especially in such a glamorized way.

I don’t know what it’s like now for teens and if it is still considered “cool” to drink and if there is a ton of peer pressure around the whole thing. My hope is that this view will shift, young people will be made more aware of the risks and more people will find the courage to step away from what is no longer serving them or what’s not in their best interest.

Many health advocates and people that are very cautious with regards to what they are putting into their body are still completely overlooking alcohol as a harmful substance. Now, there is no judgment to anyone who chooses to drink, but I think it’s time to take a good hard look at these things and at least have the awareness behind it. Surely, it can be fun from time to time to relax, to loosen up, to be silly, but when we are relying on it to escape our unhappiness from our current situation, well then maybe it’s time to face these situations head on, rather than escape them and change whatever is encouraging us to reach for that glass of wine, whiskey or beer in the first place.

How Can We Support Others?

The fact of the matter remains, many people who drink can do so sparingly, not in excess and not very often. They have a handle on it and it doesn’t interfere with their lives in a negative way. However, for the ones who have struggled — with drinking too much, too frequently, with black outs, it can be difficult to even know if it’s a problem because of how acceptable it is in our society.

If someone says, no thanks I’m not drinking, don’t ask why, and instead try, right on! And no peer pressure. I’ve had problems with drinking, have quit and relapsed twice, currently I’m sober. Before I stopped drinking this time around I would open up to some people about it, questioning my use and whether or not it was harmful, many people would tell me, ahh don’t be so hard on yourself! We are allowed to enjoy life, or shut down from time to time if we need to. If someone is expressing to you that they are concerned they might have a drinking problem, don’t make them second guess themselves, if they are opening up about it please try to support them. We don’t always know what others are going through — apparently even if they flat out tell us. This may also challenge our own relationship with alcohol, but if you can keep that separate.

Do You Have A Problem?

A great way to get things in check is to commit to a period of time without any alcohol consumption and monitor how you feel, what you accomplish, and if you feel uplifted. You may need to ask your friends to support you during this time and have some sober activities prepared! Board games, cards, movies, sports, hiking — all these things can be great sober fun!

If your problem is more severe than this, or you are needing help in any way, reach out to a trusted friend or family member or you may benefit from your local Alcoholics Anonymous meetings for a whole slough of support and resources. If that’s not your jam, check out Hello Sunday Morning for assistance in moderating your use.

My hope is that in the near future it will be more common not to drink and doing so will be more like taking a drug, or having an experience that is typically out of the ordinary.

It is never too late to make a change, first step is to get really honest with yourself…