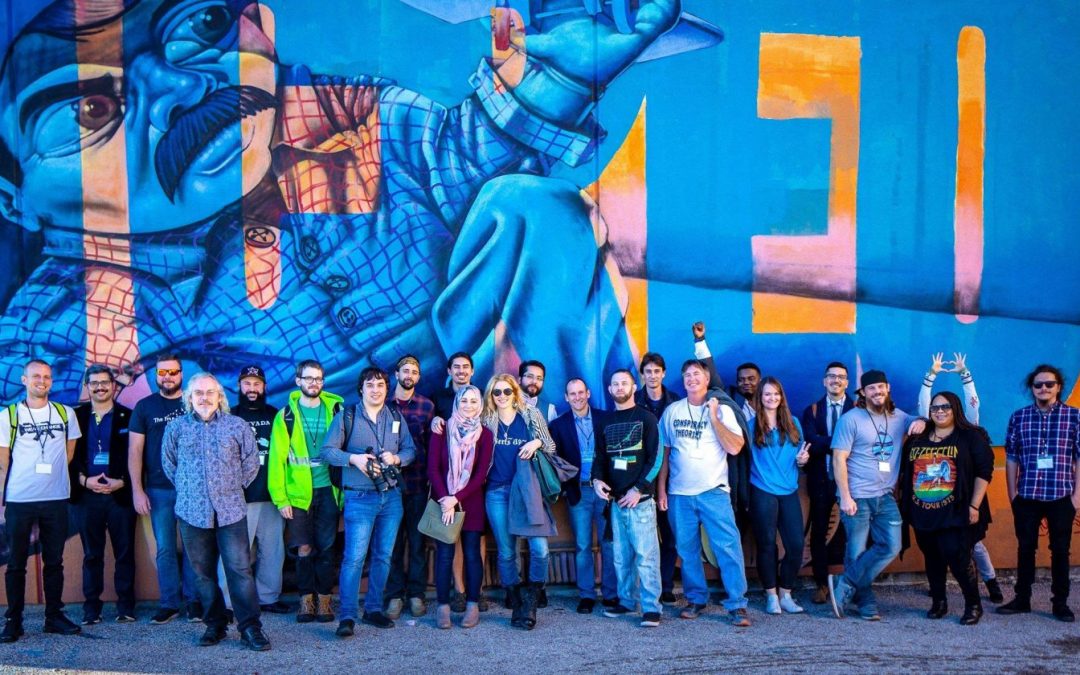 Over the weekend, members and owners of multiple alternative media outlets gathered in Houston, Texas to discuss the heavy hand of corporate and government censorship and how to stop it. The meeting was a success with the common theme of peaceful voices refusing to be silenced.

For those who remember, on October 11, 2018, Facebook and Twitter — without warning or justification — deleted the pages of Free Thought Project and Police the Police which had over 5 million followers. During this purge, they also removed hundreds of other pages who had massive followings like the Antimedia, Cop Block, and Filming Cops.

The owners of these pages would eventually find out that the secret hand behind this massive purge was tied to government via the Atlantic Council.

As we previously reported, the Atlantic Council is the group that NATO uses to whitewash wars and foster hatred toward Russia, which in turn allows them to continue to justify themselves. It’s funded by arms manufacturers like Raytheon, Lockheed Martin, and Boeing. It is also funded by billionaire oligarchs like the Ukraine’s Victor Pinchuk and Saudi billionaire Bahaa Hariri and the US government.

Instead of taking this censorship move lying down, TFTP co-founder, Jason Bassler and Conscious Resistance founder, Derick Broze organized the United for Common Ground summit in Houston to plan a strategy to fight back.

“We walked away with some powerful ideas, a solid game plan and made connections that will last a lifetime and hopefully beyond. We have a lot of work ahead of us but many of us are now reinvigorated. This was a perfect opportunity to refocus our strategies and refine our potency for the future,” Bassler explained.

Those of us who attended the summit this weekend have a clear picture of our enemy in this information war—anyone who wishes to silence peaceful speech. However, there are two main culprits such as the Atlantic Council and Newsguardfollowing close behind them.

While these third party ‘fact checkers’ and regulators may wield power over tech giants like Facebook, Google, and Twitter, their censorship tactics are powerless over free speech platforms like minds.com, which was brought up a lot during the meeting.

During the summit, those who had potential solutions to fighting the censors presented their ideas to the group who then had a round table discussion to decide how best to move forward and carry out these solutions.

The event was a huge success with many potential solutions coming up. One such solution is the migration to other platforms who do not censor their members. Bill Ottman, the founder of Minds.com was in attendance, so this platform became the center of the discussion.

For those who may not be aware, Minds is an open source and decentralized social network for Internet freedom, where users earn crypto tokens for their contributions to the network. The tokens can be exchanged for more views on content or sent to other channels as a tip or paid subscription. It’s built on a foundation of privacy, transparency, and freedom of expression.

Many of us agreed that we will stay on the major platforms as long as we can because we want to reach the most amount of people possible. However, we will all begin transitioning to minds.com and directing our viewership there as it is the antitheses to pro-censorship platforms like Facebook and Twitter.

Another solution to come from the summit is the formation of an independent media coalition in which members will help each other fight censorship as well as the creation of an indy newswire, similar to that of the AP.

“It was naive on the part of these social media companies to think they could pick a fight with activists, influencers and publishers and there would be no consequences,” Bassler said. “Did they really think we were just going to give up and back down? Their efforts to silence us have only doubled our efforts to be heard. No amount of censorship can ever stop or contain the human spirit. It will inevitably only be a temporary speed bump facilitating greater aspirations to be more effective. This summit was proof of that.”

Make no mistake, the dinosaur corporate media is dying, but as they die, they are going to pull out all the stops up to and including using the power of the state and crony third parties to silence their competition. We are now prepared for this inevitable battle which we plan to win. They can delete our pages, but they will never silence us. Alternative media is not going anywhere.