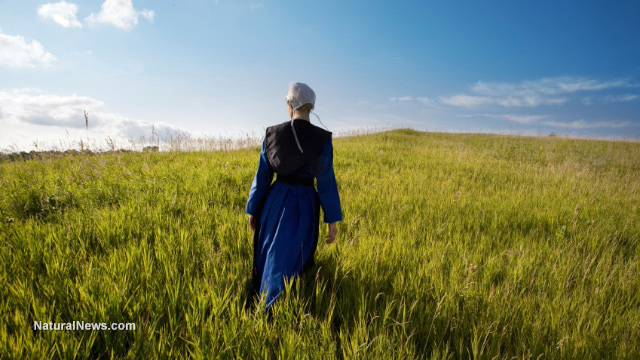 (NaturalNews) Some might call it a “miracle,” but alternative and holistic medicine healers aren’t really surprised to learn that a 12-year old Amish girl is now cancer-free — after her doctors testified in court just six months ago that she would be dead by now if her family were permitted to refuse her chemotherapy.

As reported by the Medina Gazette, of Medina County, Ohio, Maurice Thompson, head of the libertarian non-profit group 1852 Center for Constitutional Law, said young Sarah Hershberger now shows no signs of being stricken with cancer at all and appears to be healthy.

“She had MRIs and blood work, and the judge over the last year helped facilitate at least one trip to the Cleveland Clinic. The MRIs did not show any cancer,” Thompson told the Gazette recently.

He added that her family is continuing to treat her with less invasive alternative medicine.

“Once you have it, you’re never 100 percent out of the woods, whether or not you get chemotherapy,” he said. “I know how she looks isn’t really an indication of whether she has cancer, but she’s looking very healthy.”

And yet, as the paper noted, not a single trace of cancer has shown up in any test.

When Sarah was diagnosed with cancer in 2013, her parents, Andy and Anna Hershberger, initially agreed to chemotherapy treatments. However, they opted to end such treatments when Sarah’s condition grew worse, fearing that the treatments themselves might eventually lead to her death.

As is typical in today’s post-constitutional America, officials at Akron Children’s Hospital responded with a legal attempt to strip Sarah’s parents of their right to choose their own daughter’s medical treatment. The hospital sought court permission to obtain “limited guardianship” over her, thereby giving them the authority over medical decisions pertaining to her. Doctors testified she would not make it six months without chemotherapy.

Initially, Probate Judge John L. Lohn — since retired — ruled that Sarah’s parents were competent enough to make medical decisions on their daughter’s behalf. Eventually, however, a higher court ordered him to appoint a guardian.

The family responded by fleeing the country, choosing instead to seek alternative medical treatment in Mexico and Canada. Months thereafter, the hospital decided to relinquish guardianship, seeing no point in pursuing the matter further.

According to the Gazette:

“Thompson said Probate Judge Kevin Dunn — who replaced Lohn when he retired in 2014 — formally terminated Sarah’s guardianship on September 24. Thompson said the judge acknowledged that Sarah, who will turn 13 in November, showed no symptoms of cancer and that she appeared to be healthy.”

Following Sarah’s case, Thompson has since called on Ohio lawmakers to reform rules that give judges the authority to overrule parental health care decisions involving their children.

“It is now time for Ohio’s legislators to protect Ohio families from wayward judges,” Thompson said, as reported by the Gazette.

Primarily, Thompson lashed out against the legal test that judges typically utilize in cases like Sarah’s, in order to circumvent parental authority in decisions involving their children’s health and well-being.

“This test allows county judges to overrule health care, educational and other important decisions of suitable Ohio parents,” Thompson said. “In the wake of Sarah’s case, the concept came to be known as ‘medical kidnapping.‘ ”

While the children’s hospital declined to comment on the story, a spokesperson nonetheless told the Gazette that Akron Children’s had established a committee to interact with the Amish community, in order to “facilitate better communication regarding health care in the wake of Sarah’s case,” the paper reported.

That said, overall survival rates for chemotherapy — not the underlying cancer for which mainstream medicine prescribes it — is very low. According to a 2004 study, while some 60 percent of cancer patients in Australia survived, chemotherapy had little or nothing to do with those survival rates.

“I’ve never met a person who was cured by cancer with chemotherapy. Not a single one,” said Natural News editor Mike Adams, the Health Ranger, following actor Patrick Swayze’s untimely death from pancreatic cancer (after receiving chemotherapy). “Never even heard of such a person. They don’t exist. Even the cancer industry will tell you their ‘cure rate’ is zero (because they don’t believe cancer can ever be cured).”