An Address to the Dead by Michael Tsarion 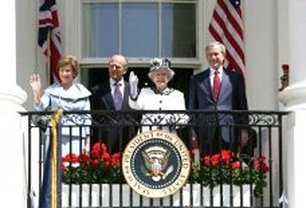 The “WAR ON TERRA” is merely the latest move in the great game played out by the Atonist Establishment – the Royals and Jesuit-Masonic sorcerers – who expertly employ the “Ordo ab Chao” (Order from Chaos) methodology to further their very personal aspirations that date back to an old world order that you are not supposed to know about.

So let’s get clear on a few things, and remain sane in the midst of growing worldwide insanity. Let’s understand that the present day architects of control (those biological and ideological descendants of the Atonist pharaohs of old, and their less camera shy lieutenants) continue plying their vile imperialist trade from behind the visible governments and religions of the world.

Let’s understand that the “Israeli-Palestinian” conflict is engineered from London and New York by elites with ancient origins. Age after age they concoct bogus conflicts to engender an ambiance of fear and paranoia, and to ensure that few of you ever become aware of humanity’s true enemies.

The Islamic “extremists” are funded by the same hidden hand that fund the Zionists and Fundamentalist Christian Evangelists. But that is information given out on a “need to know” basis.Many a great thinker has managed to work out what has been going on behind the scenes, and it’s time for you to adjust your settings and get the picture, and quick!

Next the statesmen will invent cheap lies, putting the blame upon the nation that is attacked, and every man will be glad of those conscience-soothing tactics, and will diligently study them, and refuse to examine any refutations of them; and thus he will by and by convince himself that the war is just, and will thank God for the better sleep he enjoys after this process of grotesque self-deception – Mark Twain

Israel, dear people – the real Israel – has little to do with religious Jews or the Torah, just as the true Christ has little to do with Vatican-style Christianity or American Evangelism. But you have not worked this out yet, have you? Of course not. After all, you’ve have been “Mel Gibsoned” and “Pat Robertzoned” to death, and are mentally infected by many a deadly pathogen, spread to keep you in a state of profound ignorance and discomfiture.

The US President is an agent of America’s arch-enemies, the royal dynasties of Britain and Europe. His objective is the ruin of America.

Are you not sick of voting in despots out to eviscerate your country? Will you finally judge these Machiavellian conspirators by their deeds, rather than by their rhetoric and sophistry?

On May 10, 1982, addressing a celebration at the Royal Institute for International Affairs at Chatham House in London, Kissinger boasted that throughout his career…he had always been closer to the British Foreign Office than to his American colleagues, and had taken all his major policy leads from London…Chatham House is a successor to the old British East India Company, and serves as the think-tank and foreign intelligence arm of the British Crown – Dope Inc

The sinister element that sets the British oligarchy apart from the popular image of the mafia family is its unshakable belief that it alone is fit to rule the world…The inheritors of the British East India Company – the same British monarchy and some of the same banking houses – have launched the new Opium War just as they did the first: to loot nations, destroy them, and exalt the power of the Empire…to become the “The Third and Final Rome” – ibid

…not until David Rockefeller bought himself a U.S. administration in 1976, as the ancient European Fondi installed themselves in Wall Street, did narcotics traffic start to become serious business for the world’s biggest banks – ibid

The Roosevelt family was the largest stockholder in the company which was a supporter of Hitler. General Electric subsidiaries in Germany assist the process of financing the Nazi empire, together with I. G. Farben, who contributed as much as 45 percent – Valdamar Valerian (The Master Chronology)

A Fabian “War of Attrition” has been operating for a long time now. It started rolling before the Declaration of Independence and Constitution were put before you to slobber over.

In fact, the con of the US Constitution simply guaranteed the rights of federal despots (such as James Madison, Benjamin Franklin and Alexander Hamilton), who worked for the interests of the aristocracy of Britain and Europe. It guaranteed the privileges granted to the people or, more correctly, to the indentured slaves who push the wheels of industry in the corporation known as the “United States.” It guaranteed that extortion and confiscation, on a monumental level, could proceed unhindered either by God or man.

It guaranteed that the American masses (slaves of the “United States” Federal Corporation) would be extended “liberty” to do their corporate masters’ bidding. It guaranteed they’d labor under a delusion, because as long as men believe they are free, they don’t have to actually be free.

The War of Attrition moves toward its completion, and there is no going back. Because of the unseen hand of conspiracy, which you believe does not exist, ignorance is wall to wall. Logic, Truth and Justice have been annihilated, and while you watch your job being downsized or outsourced, the sorcerers dance upon their desks and clink their glasses in triumph. 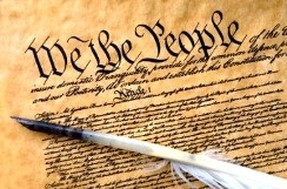 The US Constitution was created on September 17, 1787, and was ratified (behind closed doors) on June 21, 1788. This is an Atonist festival – the Summer Solstice when the sun reaches its highest point in the zodiac. The “People” are not the citizens of America. Furthermore, American citizens are certainly not sovereign or free. They are slaves who have been granted an illusion of freedom.